MAKING HIS CASE: James Sands Taking His Chance with the USMNT During Gold Cup

To many observers, James Sands has been the big surprise for the U.S. Men's National Team at the 2021 Concacaf Gold Cup.

"I guess it's been a surprise to a lot of people, but it's not a surprise to me that I'm playing this way," he said. "I've done it for a couple years with New York, and I've been pretty consistent at it."

For the past three Major League Soccer seasons with New York City FC, the 21-year-old Sands usually has played the middle of a three-man backline while being able to move into the role of a defensive midfielder.

So, he has fit in well to the three-man center back system that USMNT head coach Gregg Berhalter deployed in his first two international starts. His calmness, man marking and passing ability has been impressive.

"The things I've been doing in these past two games are things I've all done before," Sands said. "I'm feeling pretty confident going forward." 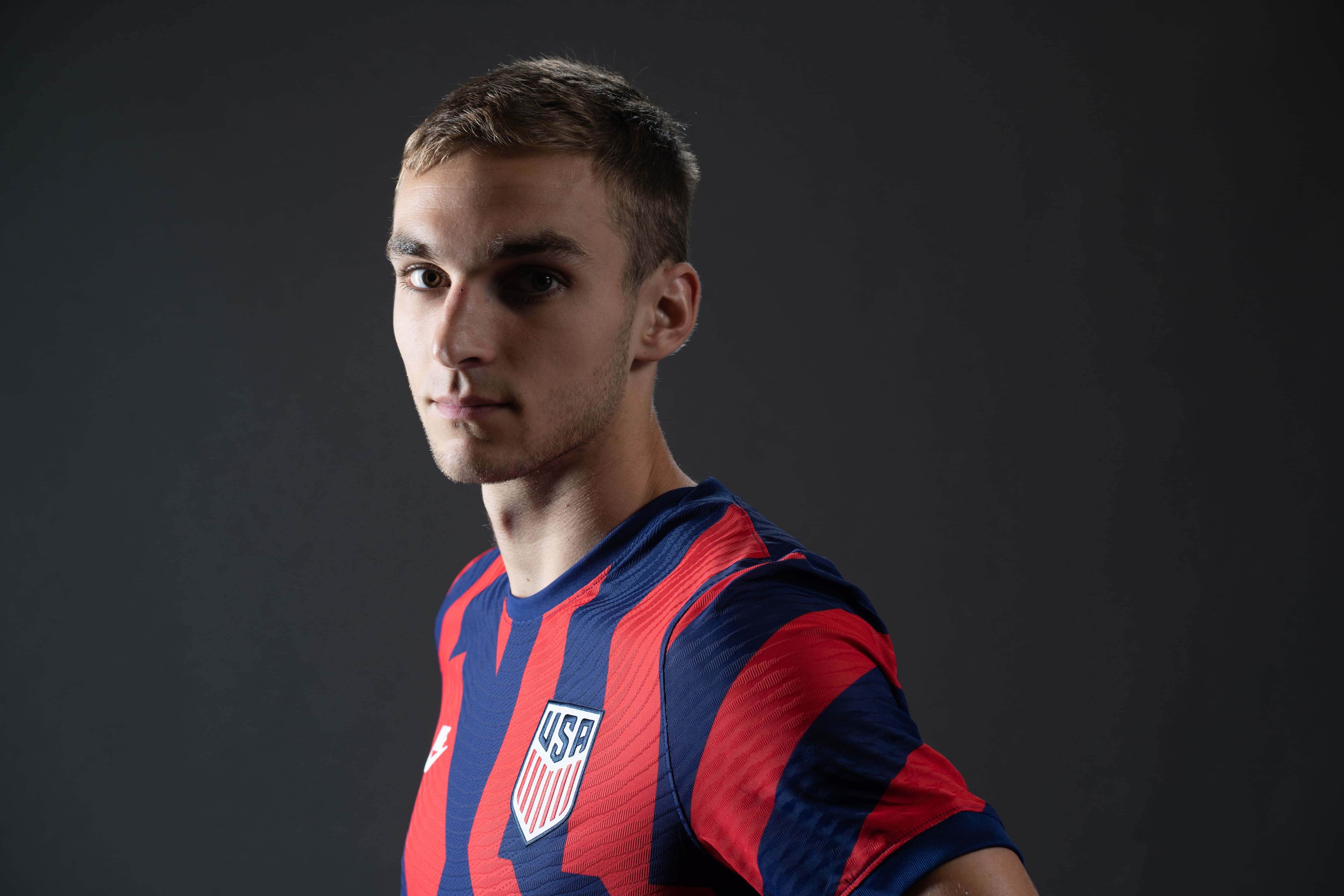 Before the Gold Cup, Sands' goals were pretty much down to earth.

"The group stage has been a really good learning experience for me," he said. "This is my first time with the senior team. So, I really didn't know what to expect going into these games."

He certainly has been a fast learner.

Sands' secret? Just being himself, not trying to do anything outside his capabilities.

"It's about doing the same things, not trying to change my game," he said. "There's certain things that I'm good at; clean passes, clean touches, being defensively good. It'll be important, especially in the knockout rounds, just keep doing those things, not trying to be anything that I'm not. I think good things will continue to happen."

As NYCFC's first Homegrown signing, the 6-1, 185-lb. defender's consistent club performances attracted Berhalter's attention, but some things out of Sands' control kept him from training camp and games. A broken arm and collarbone limited his playing time in 2019 and the COVID-19 pandemic in 2020 turned everyone's life upside. 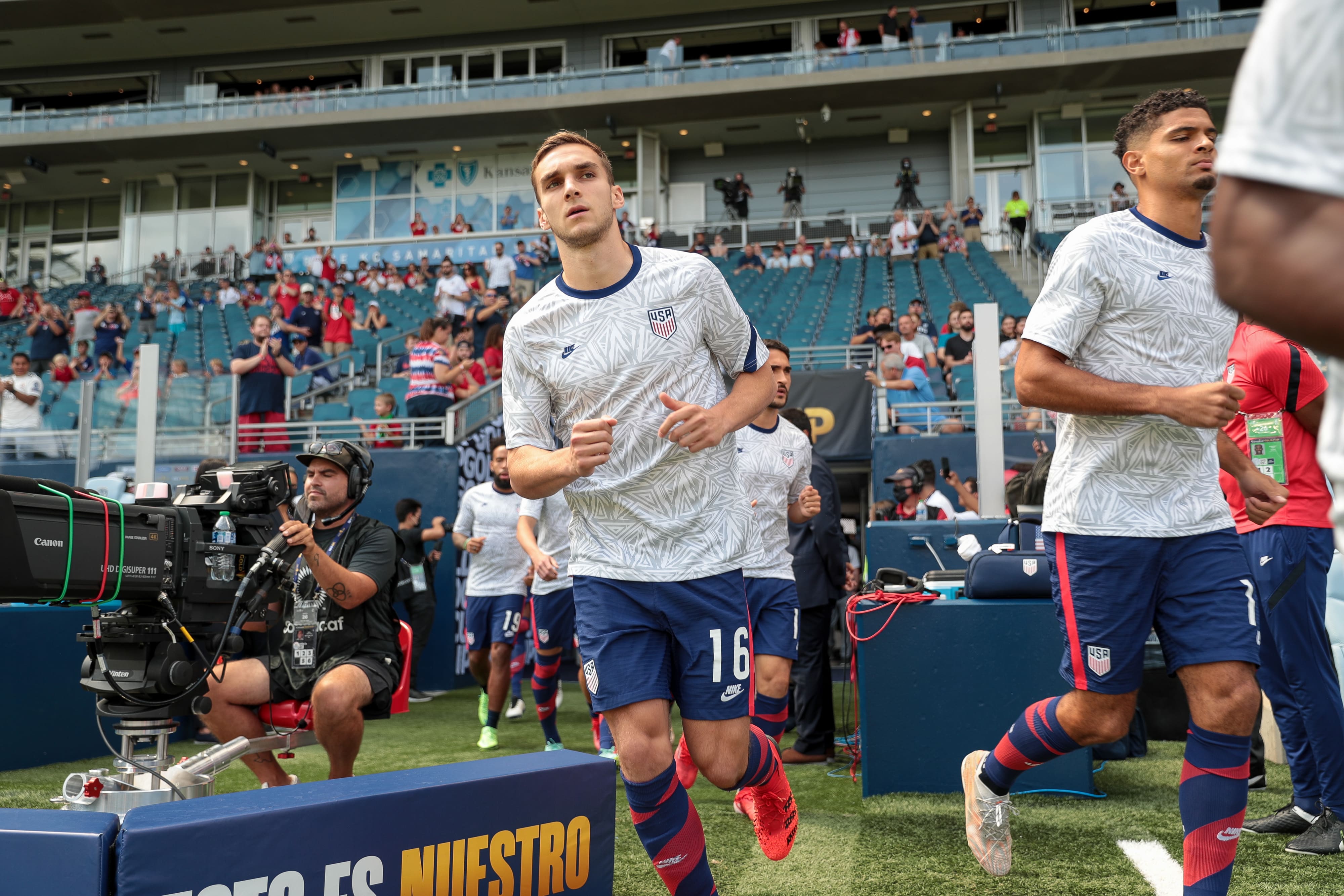 "It was definitely tough," Sands said. "I had a lot of nasty injuries that I had to deal with. It was frustrating, but it never really rattled me too much. I always thought I'm on a good path. I've got good people around me, good coaches. My family is always supportive. I always felt if I stayed the course my chance would come eventually.

"When that chance came, I would have to take it. I think that's what I've done at this tournament. You obviously feel down in the moment when those injuries happen, but it's all about continuing to do what you do, putting in the work. Everyone will know will get what they want in the end if they just do those things."

Sands earned his first cap in the USA's 1-0 win over Haiti at Children's Mercy Park in Kansas City, Kan. on July 11.When he stood on the sidelines ready to replace Nicholas Gioacchini in the 76th minute, Sands admitted he was “pretty nervous.” 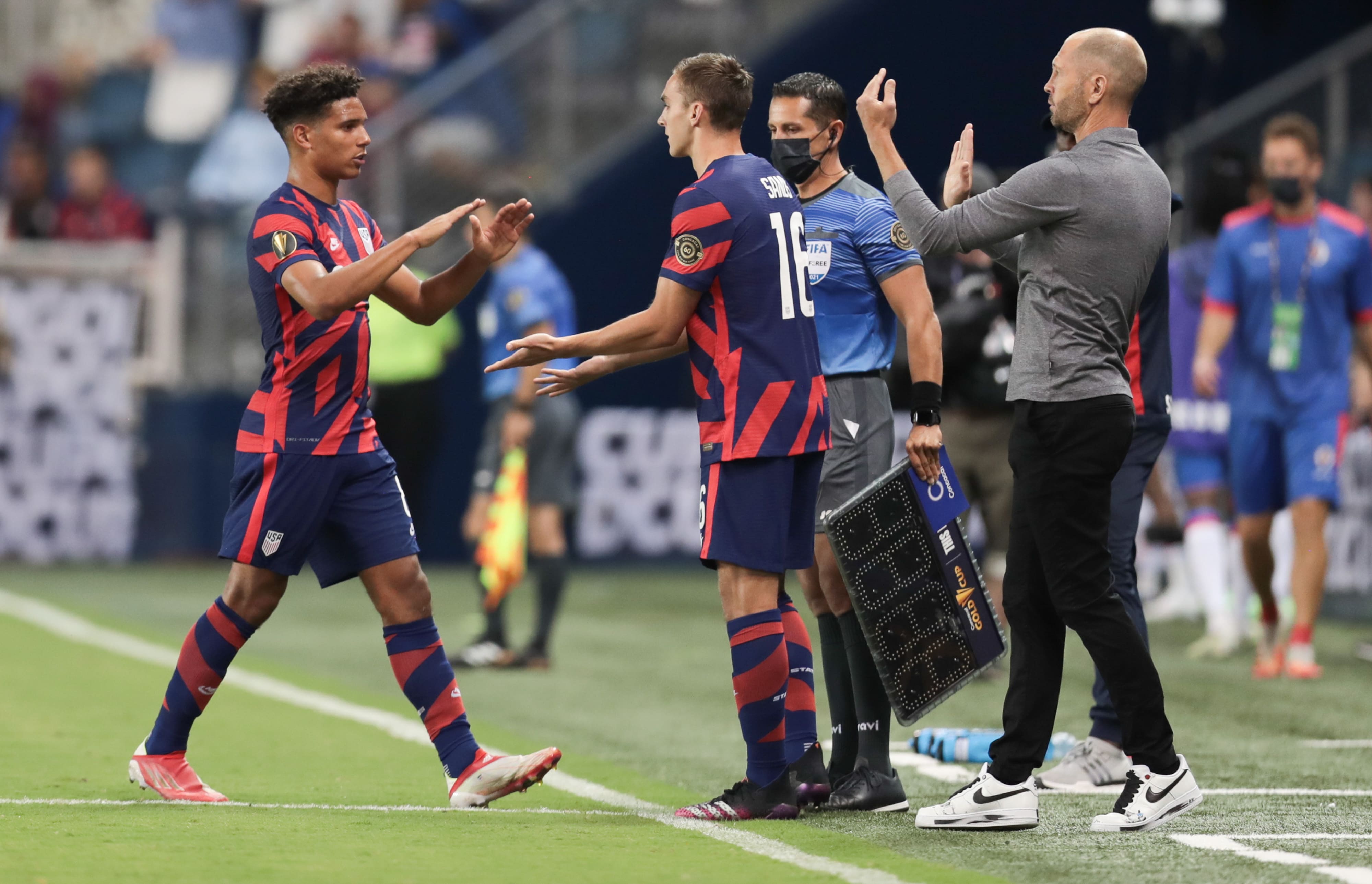 “I don’t often get nervous, but when I stepped on the field the nerves kind of go away,” he added. “Once I got a few touches on the ball and felt like normal like I was back playing an MLS game in New York.”

Since then, he has played like a 10-year international veteran as one of the steadier players on the pitch, helping the Americans finish as the lone group champion with a 3-0-0 mark. Looking ahead, the USMNT will meet Jamaica in the quarterfinals in Arlington, Texas on Sunday, July 25 (10 p.m. ET; FS1, Univision, TUDN).

Sands might look like a choir boy, but he plays a heady, physical game. He hasn't been afraid of going in for a hard tackle or tussle with an opposing forward. He plays with a quiet confidence.

He was one of the stalwarts of the Americans' 1-0 victory over Canada on July 18 that lifted the USMNT to the top spot in Group B. For most of the match, Sands transitioned between center back and defensive midfielder when the situation called for it.

"One of the things I found challenging about the game was just trying to manage how much I'm running I'm doing getting between each position," Sand said. "I started to get a little fatigued in the second half. That's something I'll have to learn for the future and the games coming up but I had a lot of fun doing it. Playing in both spots really showcases the best of my abilities." 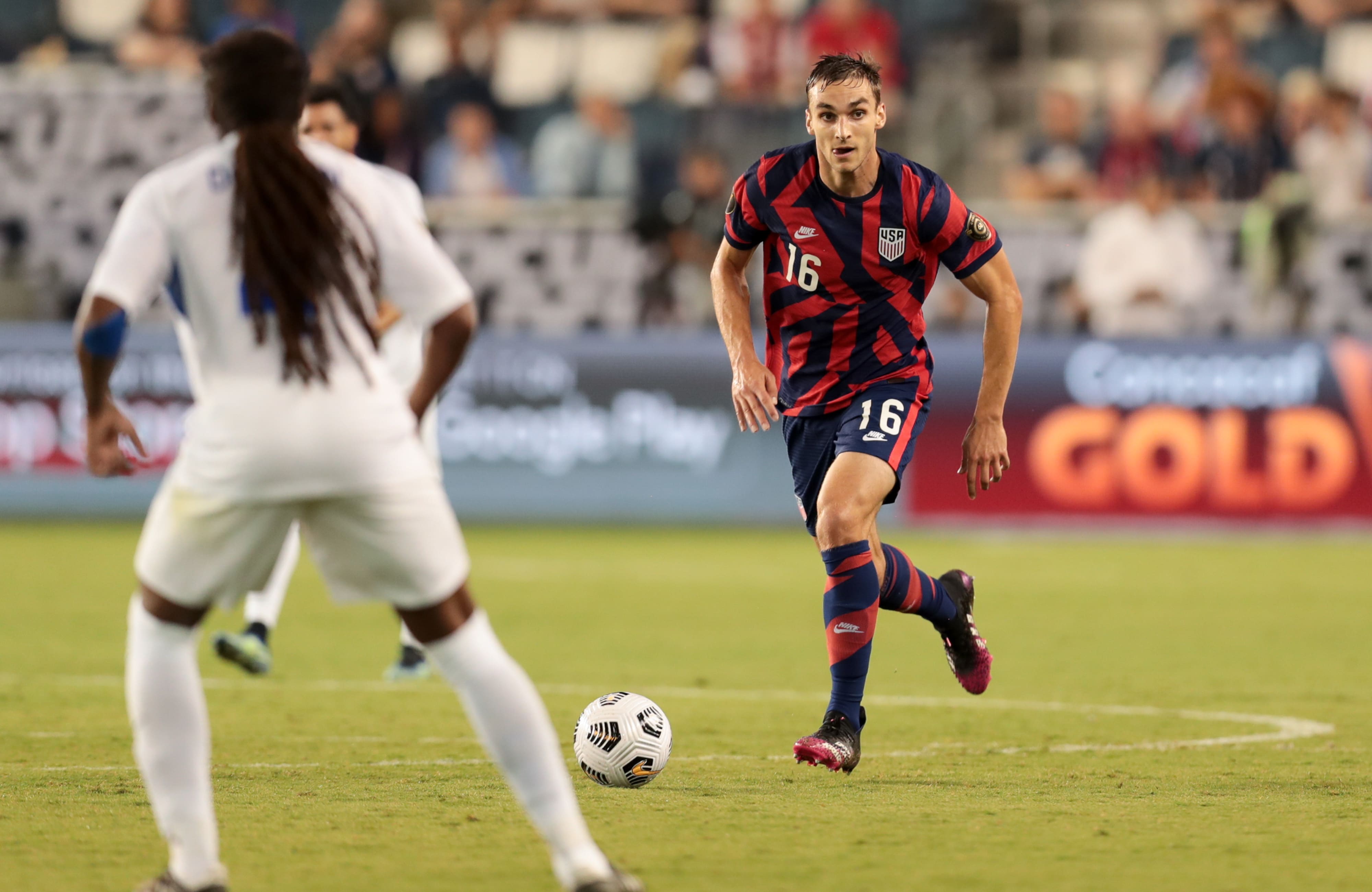 With Berhalter saying that he will need extra players when the USMNT plays three games within a seven-day span during World Cup qualifying this fall, Sands' versatility will come in handy. Of course, he has to be selected first.

Sands, however, refused to assume anything, noting there were several center backs ahead of him, including John Brooks, Walker Zimmerman, Tim Ream, Mark McKenzie and the injured Aaron Long, among others.

"I think am certainly pushing my way up the depth chart," he said, adding that he entered camp "just wanting to get the experience with the National Team, put everything out there and do my best. In the end that's the coach's decision, who's the first center back who's the first six, who's the second center back.

"But I think if I keep putting in strong performances, I can certainly make a good case for myself. So in the games going forward I'm certainly going to try and do that and try and make a name for myself."

He has gotten off to a pretty good start.