PANAMA CITY, Panama (Oct. 10, 2021) - The U.S. Men’s National Team fell 1-0 to Panama in its second of three World Cup qualifying matches over seven days during the October international window. After threatening all evening on corner kicks, Los Canaleros’ captain Anibal Godoy nodded in a corner kick service in the 54th to spoil the USA’s four-game undefeated streak start to the Octagonal and snap a 13-game overall unbeaten streak, the third-longest in team history. 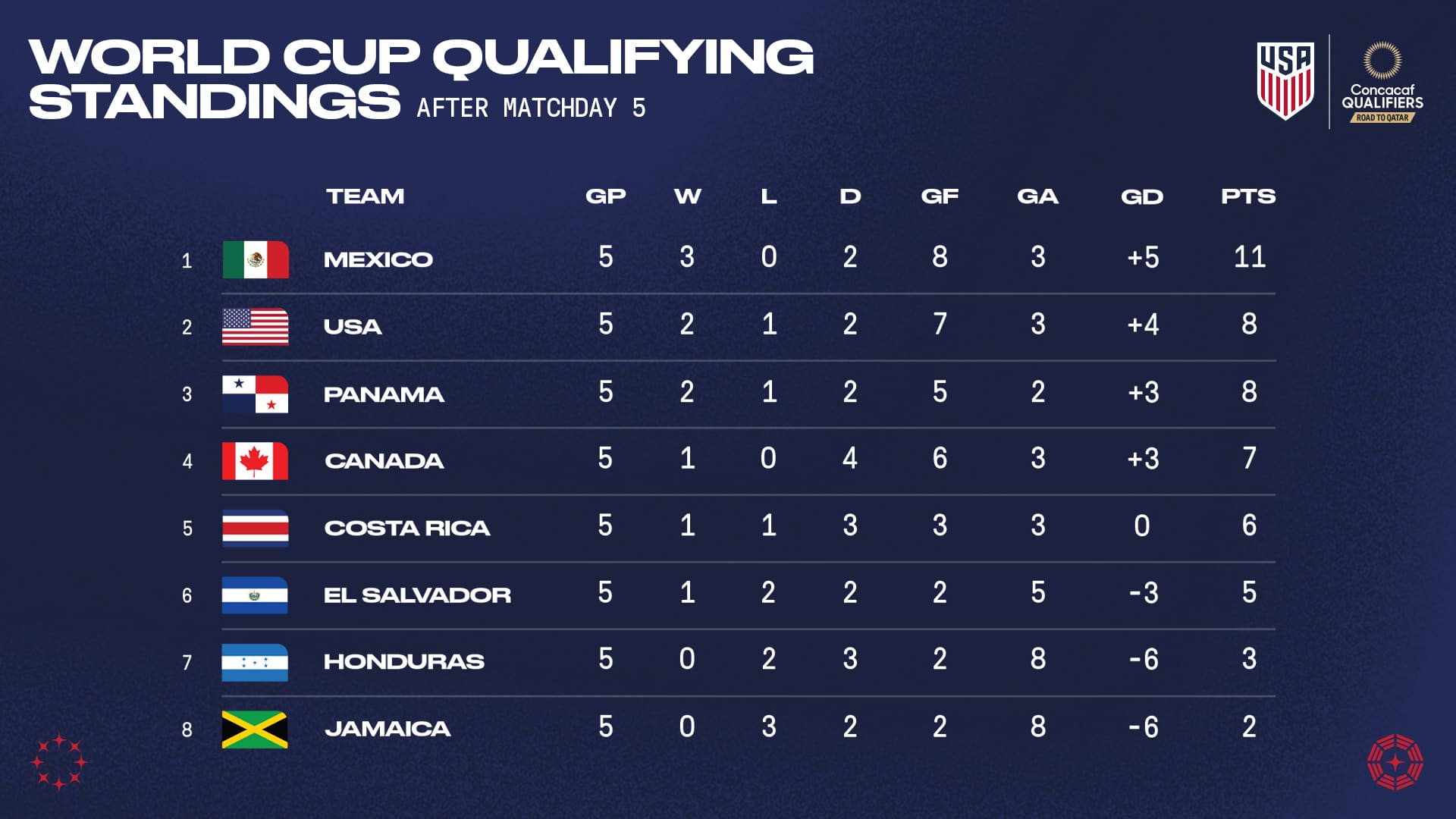 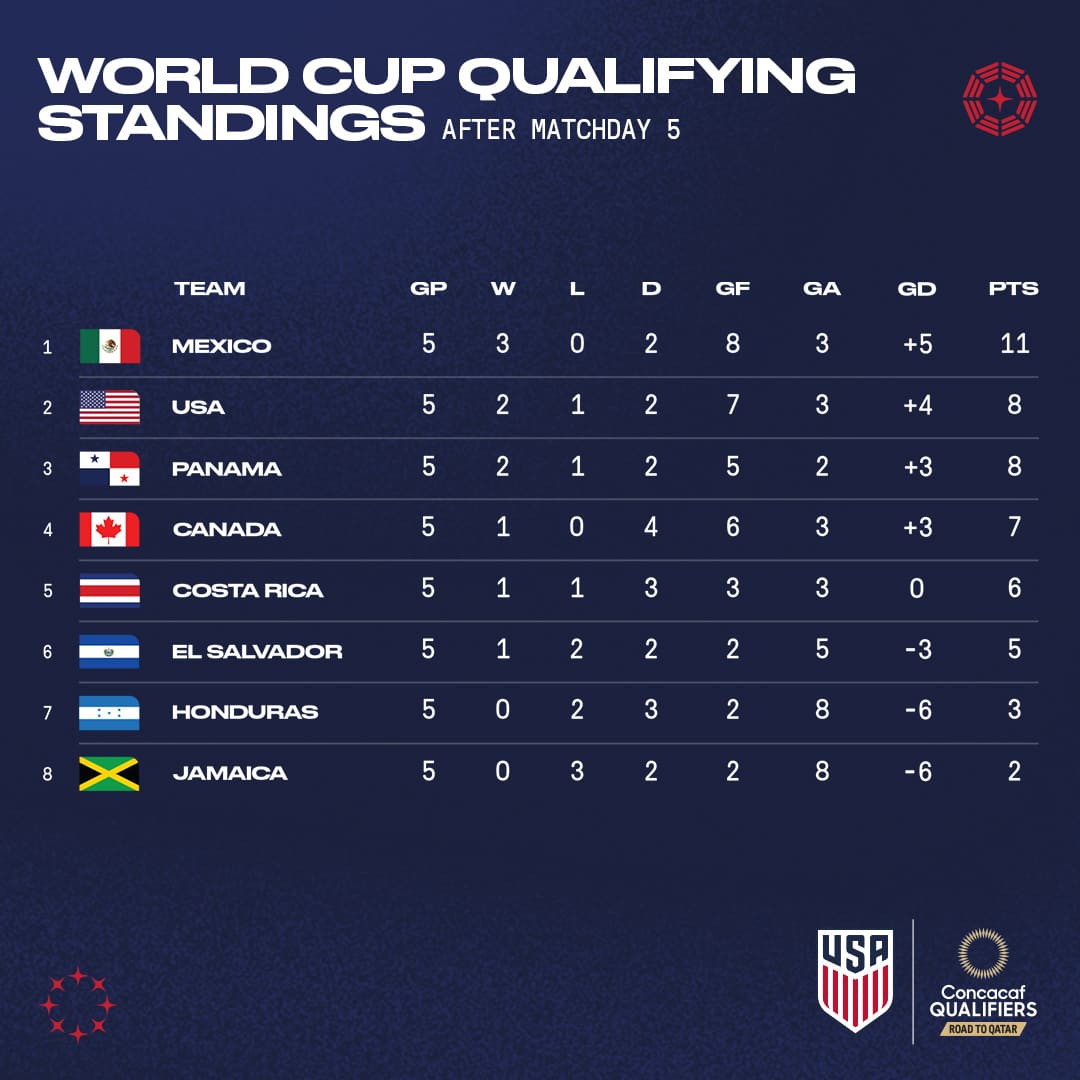 With tonight’s result, the USA is now second place in the Octagonal standings with eight points after playing three of its first five matches on the road. The USMNT finishes its trio of October World Cup qualifying matches on Wednesday, Oct. 13 vs. Costa Rica in Columbus, Ohio (ESPN2, ESPN+, UniMas, TUDN).

U.S. head coach Gregg Berhalter made seven changes to the U.S. lineup that faced Jamaica on Thursday night as the Americans squared off with a highly motivated Panama side looking to rebound from its first WCQ loss during the first match date of the window.

Both teams had trouble finding their rhythm in the first half on a soggy field at Estadio Rommel Fernández. While the U.S. had the game’s first real chance when a Walker Zimmerman header was tipped over the bar by Panama goalkeeper Luis Meija in the third minute, Panama had the better of opportunities through the opening 45, threatening on a number of corner kicks and dangerous crosses into the penalty box. In the 14th minute, Panama forward Rolando Blackburn slipped behind the defense but wasn’t able to connect with a nice ball played through the six-yard box and a U.S. miscue on a throw-in led to another solid opportunity for Panama in the 18th.

U.S. goalkeeper Matt Turner was forced to make an acrobatic save in the 28th on a Panama corner and was called into action again at the end of the first half, leaping to push away a driven shot by Edgar Barcenas from 18 yards out.

Needing a spark, Berhalter made two substitutions at the break, bringing on forward Brenden Aaronson and midfielder Tyler Adams. The pair helped get the U.S. attack moving with a bit more energy, but Panama opened the scoring nine minutes into the second half to the delight of the home crowd. The goal was a breakthrough of sorts after Panama had several close calls on corner kicks. On the goal, defender Eric Davis served a ball for Godoy at the near post and his header on frame deflected off U.S. forward Gyasi Zardes, who was trying to clear, and flew into the back of the net for the game’s lone goal.

Berhalter made his final three substitutes in the 68th minute with forward Ricardo Pepi, midfielder Cristian Roldan and defender DeAndre Yedlin entering the match. The fresh legs made an impact as Pepi had a dangerous shot just moments after coming on, but the U.S. was unable to create quality scoring chances over the 90 minutes and despite seven minutes of stoppage time, an equalizer down the stretch went wanting.

PAN - Anibal Godoy (Eric Davis), 54th minute: Davis lined up for Panama’s seventh corner of the evening and sent in a service to the near post. Godoy rose above the U.S. defense to get his head on the ball and his shot deflected off forward Gyasi Zardes and bounced to the far back corner of the net for what proved to be the difference maker. PAN 1, USA 0