In July 2019, Carolyn Needles was faced with one difficult decision in a pair of once-in-a-lifetime opportunities.

Her hometown Cleveland Indians were hosting the Major League Baseball All-Star Game for the first time in 22 years and she could get tickets to attend the July 9 game.

Only a day later, some 470 miles to the east, a ticker-tape parade was planned in New York City for her favorite team, the U.S. Women's National Team, which had just captured its fourth FIFA Women's World Cup.

There wasn't much time between the two events.

Watching the Tuesday night game and then flying to New York the next morning to catch the parade in time would have been next to impossible.

A tough decision indeed for Needles who, along with her father, Tim, is a founding member of U.S. Soccer’s National Women’s Network.

As it turned out, Needles was able to have her cake and eat it some of it, too. She was able to watch the Home Run Derby at Progressive Field in Cleveland that Monday night, giving her and her father plenty of time to fly to New York City on Tuesday to enjoy Wednesday's festivities and celebration.

"My dad was skeptical at first, but we ended up going [to the parade]," the 22-year-old Needles said. "It was so fun."

The Needles stayed in a hotel close to the parade route, which was held down the Canyon of Heroines on Broadway on a hot summer day.

"We got there pretty early," Needles said. "We got right in the middle of the parade route. It was great.”

Not surprisingly, she took plenty of photos.

"It inspired me to want to go out and actually watch them win a World Cup,” she said. “So hopefully when 2023 comes around and COVID is [gone] in Australia, I can be down there."

In the last five years, Needles has become a huge fan of women’s soccer, and not just the USWNT. She also is an avid follower of several teams in the National Women's Soccer League - NJ/NY Gotham FC and Orlando Pride. Needles also is looking forward to rooting for Angel City FC, which will make its NWSL debut next year.

Her love of the game stretches far beyond that, too. Thanks to streaming, Needles also watches games in the FA Women's Super League from England, particularly American internationals such as Tobin Heath, and Liga MX Femenil in Mexico.

Before she became a soccer fan five years ago, Needles considered herself “the biggest basketball fan.”

But while she was the manager of her high school girls' basketball team, Needles experienced years of harassment that heavily impacted her.


"I went through that for a long time, and it was very difficult,” said Needles. “I didn't feel like I could tell anybody, even the people that are closest to me just because, in a way, it made me feel like I was weak by opening up. I just closed myself down for the longest time."

For Needles, that was where the U.S. Women’s National Team came in.

"It was a very difficult time in my life and seeing women be able to not only fight for equity and inclusion but -- when on the scale they've been winning -- really inspired me to keep going and learn about sport," she said. 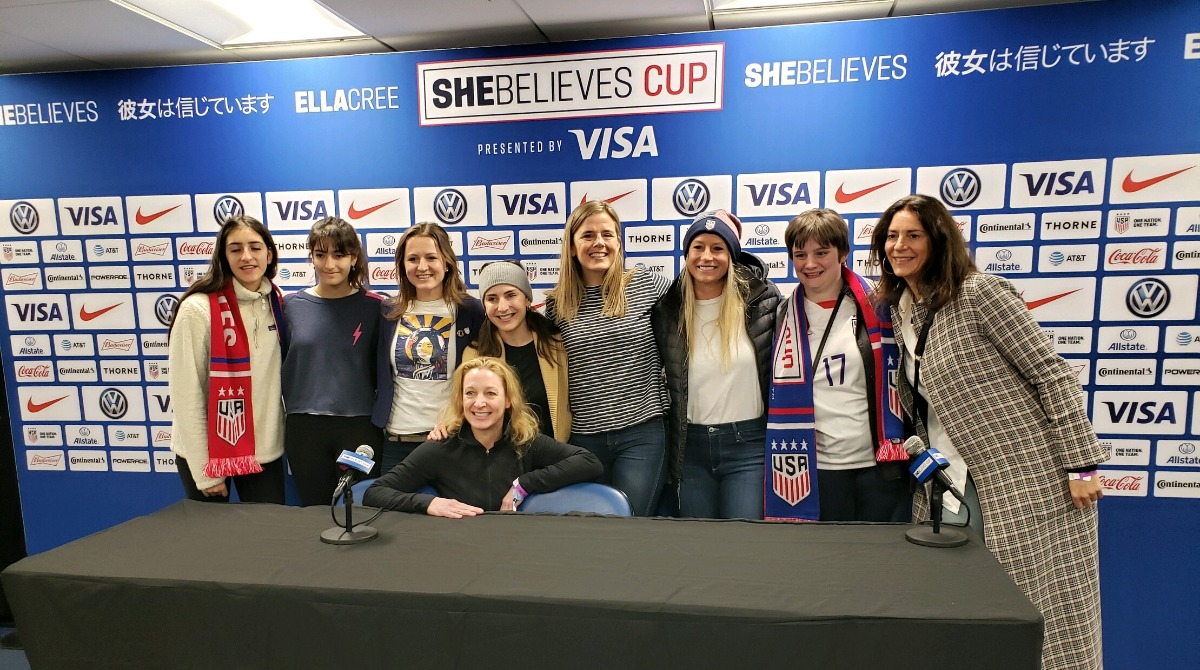 Needles watched the USWNT compete in the 2016 Olympics on TV and another world opened up for her.

"I just loved their style of play, their grittiness and overall inspiration that many of the girls have," Needles said.

"That's when I really started my fandom," she said. "I wasn't anywhere near today where I'm in the National Women's Network and sponsoring some NWSL teams."

Needles started off as a Circle Insider, supporting the U.S. Soccer Development Fund, and then joined the National Women's Network as one of its earliest members.

"It was presented to me as a way to meet more people," Needles said. "I jumped on that because I always like to try to meet many people who share the passion that I do about soccer."

When the opportunity prevails in the age of COVID, Needles will try to see Vlatko’s squad play live. She attended Jill Ellis' final game as head coach in Chicago, a 1-1 draw with South Korea on Oct. 6, 2019, and the SheBelieves Cup match in Harrison, N.J. - a 1-0 win over Spain - on March 8, just before the COVID-19 pandemic turned the world upside down. 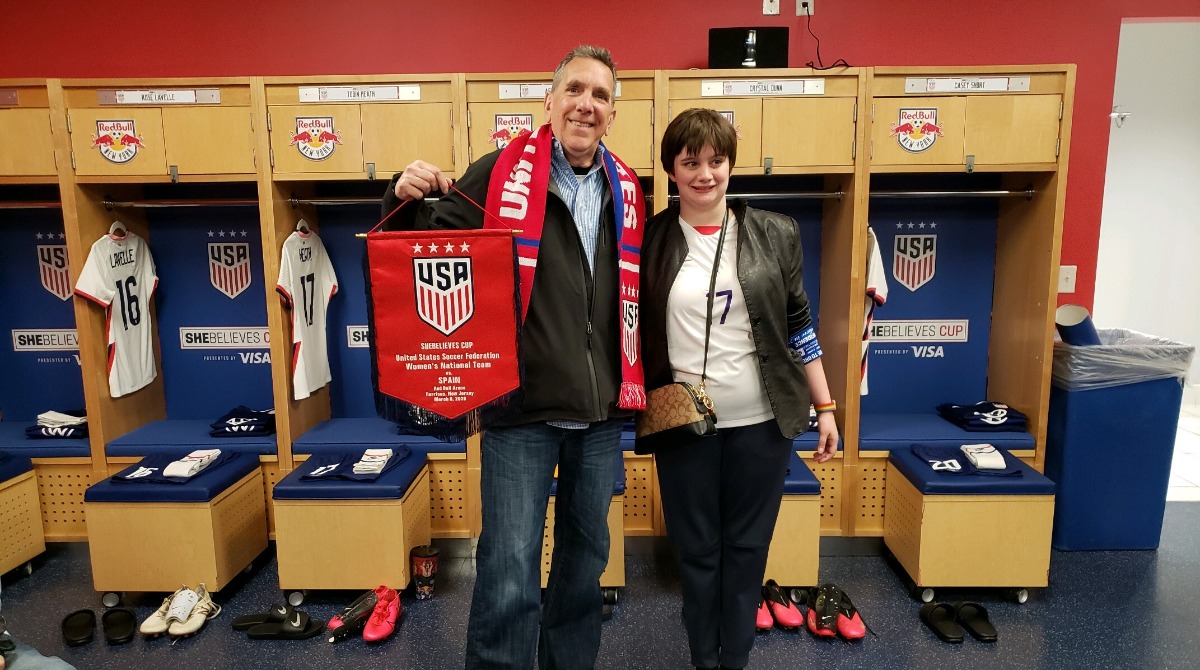 This past season she watched several NWSL matches in person, including seeing the Chicago Red Stars in Bridgeview, Ill.

"It was really nice," she said. "I enjoyed all the games. The staff is great, especially all the people that I've met with or talked on the phone with to set up the experiences. After a game I got to meet Mallory Pugh and Kealia Watt. They were both two of the nicest people you can meet."

She also attended the NWSL Championship Game in Louisville, Ken. where the Washington Spirit defeated Chicago, 2-1, in extra time on Nov. 20.

"The day was great. The weather was awesome. It was a little bit cold. But it's better than having them playing in 80-degree weather," Needles said.

"The atmosphere was great. A lot of Chicago fans traveled to Louisville.  Chicago fans always show up, no matter where the game is. You always can hear them through the broadcast."

The Spirit overcame a 1-0 deficit on an Andi Sullivan penalty kick late in the first half. Trinity Rodman's cross set up the winning goal by Washington's Kelley O'Hara in extra time.

Catching USWNT and NWSL games is relatively easy because most of the games are streamed or on TV at nights or on weekends. Watching overseas contests during the week can be a lot more challenging.

"The cool thing now is especially with the English teams, they have electronic calendars so you can just sync to your own calendar that will just give you the game day," Needles said. "I can plan my schedule around when I take my break from work. If the game's at three, I'll take my break from three to four."

Like many USWNT fans, Needles got up early in the morning to watch the team compete at the Tokyo Olympics.

But she also went a step further for the team’s most recent friendly in Australia on Nov 30. The American squad, which included many inexperienced players at the international level, kicked off just after 4:00 a.m. ET.

"I liked it a lot. It was good. It wasn't great," Needles said. "I am a proponent of getting the team younger and more diverse for a while and I wanted to see how everyone would fit together."

Ashley Hatch, who had but two international appearances prior to the tour, scored early goals - her first with the USWNT - in each match. Goalkeeper Casey Murphy, who made her USWNT debut, was impressive in each contest.

The only disappointment for Needles was center back Becky Sauerbrunn still searching for her first international goal in 199 appearances.

"That's really why I've been waking up. I want to see that woman score on the team. She has almost 200 caps and hasn't scored yet."

With the USWNT and NWSL not playing for a while, Needles had tried to watch as many matches in the FA Women's Super League as she can. Her priority is Arsenal, where USA forward Tobin Heath performs these days after her stint with Manchester United.

"I love Pinoe, too," Needles said, referring to Megan Rapinoe. "But there's something about Tobin, how she can just flip that switch. I've been to a lot of National Team events and got to meet a lot of awesome people. Some of them were roommates with Tobin. She's one of the nicest people that you could interact with. So, I liked how she can go from being that nice to just being a terror on the field, just like that. I think she really changes any team she's on, not only with her experience, but the willingness. 'Hey, I am this older player, and I'm ready to show my skills and make these other younger players better.' " 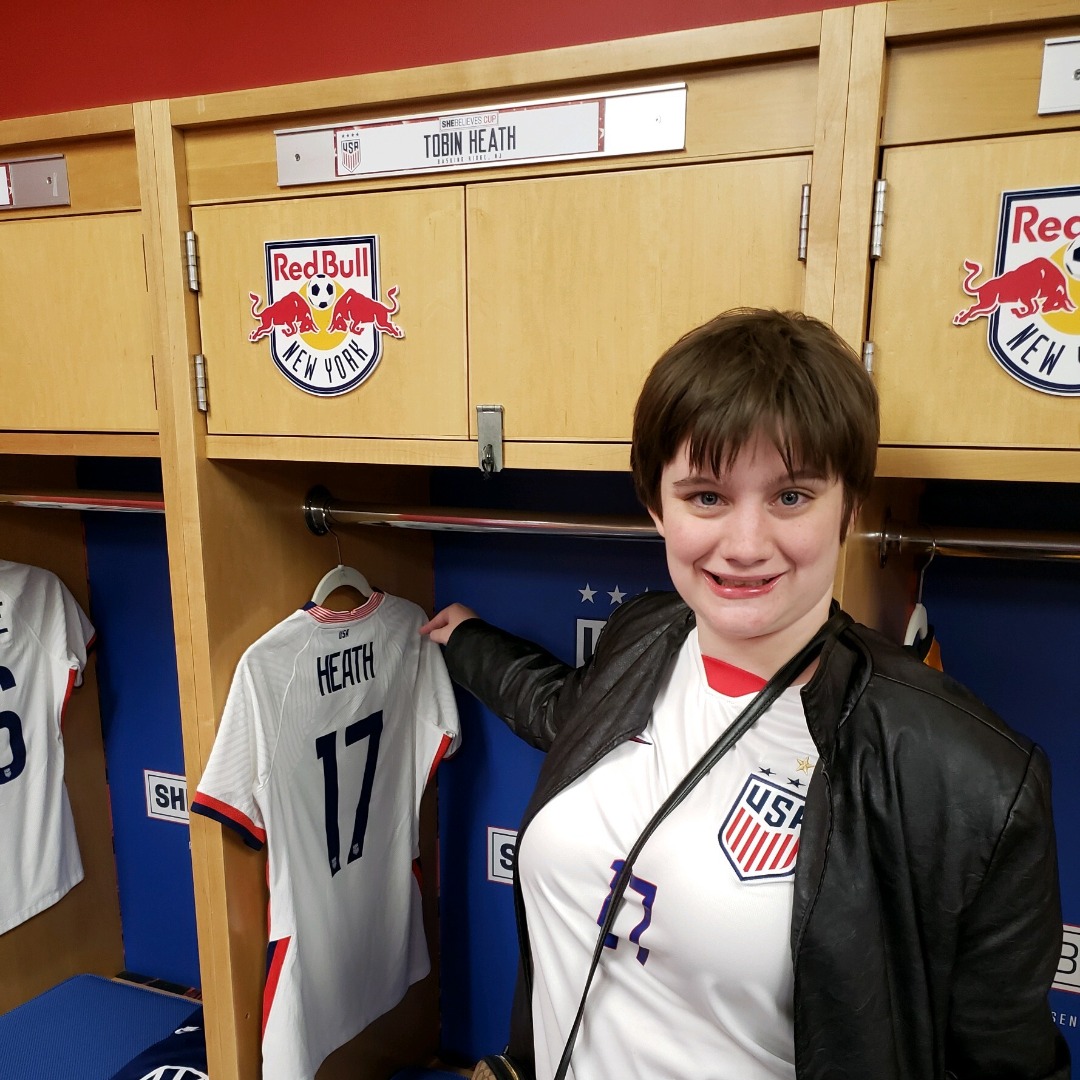 Needles has also streamed women’s matches from Mexico as well. After all, there is a good chance the USWNT will meet up with their southern rivals in World Cup Qualifying somewhere down the line.

There are many reasons why Needles loves the beautiful game - the players, a victorious USWNT that plays with heart and soul and even the tactical end.

"The tactics of the game really appeal to me," she said. "In other sports, there's tactics but you're usually focused primarily on one player. If you take basketball, if you take American football, for example, you're always focused on the quarterback and what the quarterback is doing because they're supposed to be the leaders of the team. Or even basketball, if you have these once in a generation players like Giannis Antetokounmpo or even LeBron James -- You're going to hear those names."

Needles plans on cheering for many names – new and old - on the USWNT in the future.