Fernando Varela lived out one of the ultimate U.S. Men's National Team supporters' dreams this year.

Within a period of just over five months, he witnessed in person three of the biggest matches and wins against USMNT archrival Mexico.

Along with Barra 76, a relatively new supporters group, Varela cheered for the Red, White and Blue at the Concacaf Nations League Final, the Concacaf Gold Cup Final and, as it turned out, the latest “Dos a Cero” result in World Cup Qualifying.

That's an impressive hat trick for someone who didn't become an ardent soccer fan until a few years ago.

The 24-year-old Valera was born in the United States, the son of Argentineans who immigrated here.

"It’s kind of in the blood a little bit," he said. “But funny enough when my dad moved here, he was pretty much Americanized."

He wound up watching or participating in every sport, whether it was little league baseball, golf or soccer.

"I kind of started watching a little bit more, little by little, almost on my own," Varela said.

But after watching a World Cup for the first time, something clicked.

"I loved the magnitude of the event, that the entire world was watching," he said. "I wanted the U.S. to do better. I started committing myself more to watching USA games, getting involved in MLS and dedicated myself more to American soccer."

He did so in a big way, eventually helping found Barra 76. 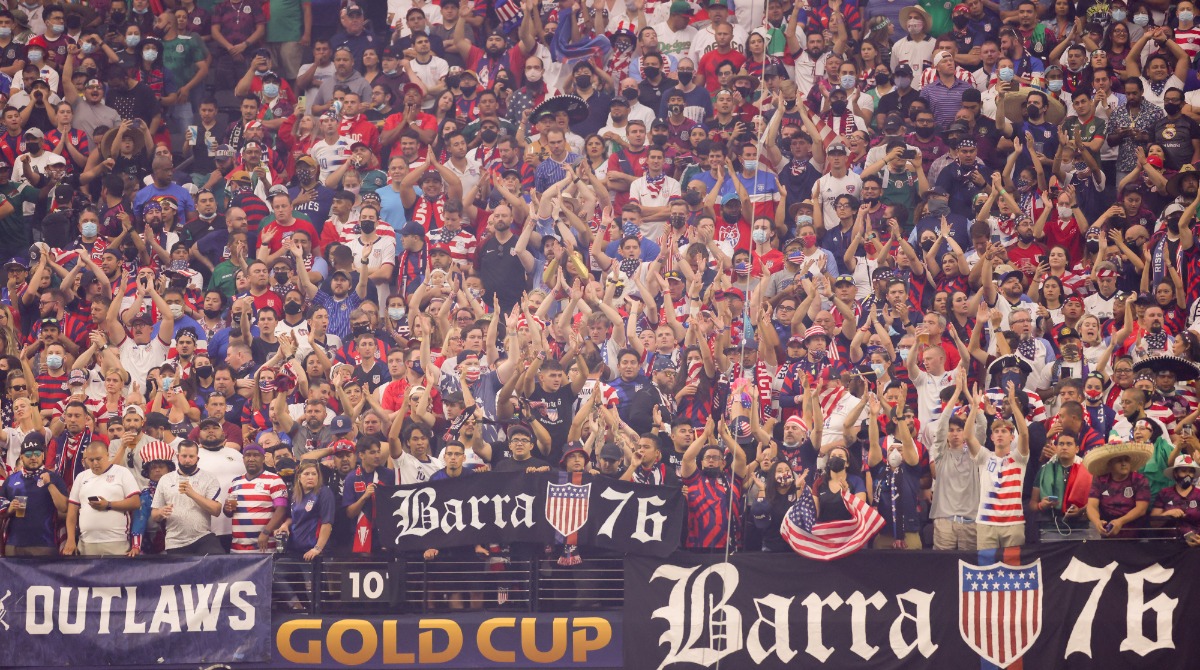 "The thing that piqued my interest initially was the fact that it was such a global sport,” Varela said. "I love that it’s a language that everyone speaks. You can go to a small village in Africa, put a soccer ball on the ground and everyone will play. You can go to a town in England, Russia, Japan. It's really a global language. I've always been someone who's been really interested in geopolitics, history and the world.

"You could see culture reflected in the way teams played soccer. Brazil has that kind of flash and connection, they almost dance on the ball. Maybe England plays a little bit more gritty and more physical. I just always loved that, it was really the world's game. Once I caught the bug, I learned more about active supporter culture."

It goes back to soccer being in Varela's blood. His family in Argentina are Boca Juniors supporters who cheer for their team at the iconic Bombonera stadium in Buenos Aires. The club and its home fortress are known around the world for their passionate fanbase, who sing and chant for the entirety of Boca’s matches. 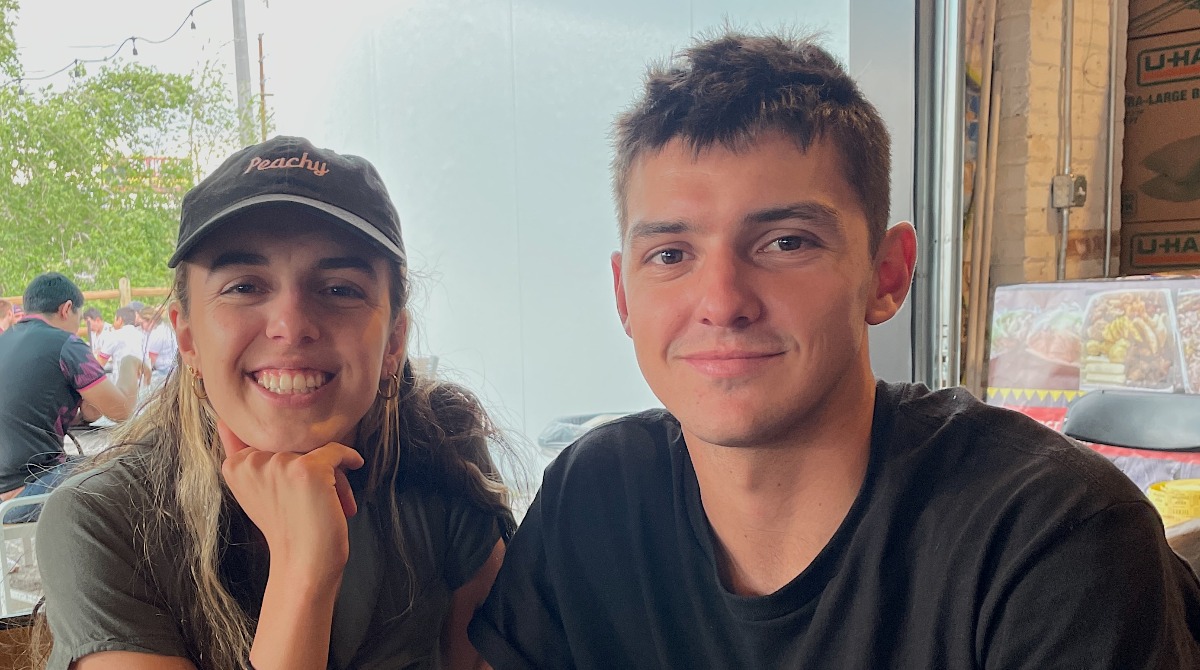 In 2019, the Los Angeles resident co-founded Barra 76, a Latino-centric supporters group designed to invite and welcome fans of multinational backgrounds to come together and root for the U.S. National Teams.

"We all had different backgrounds and different origin stories," Varela said. "We were all a group of people who were very involved in not only soccer, but in soccer fan culture, active support. A lot of us have backgrounds of South American support or European-style, terrace support. We were a very passionate and knowledgeable group of soccer fans.”

Barra 76 originated after Varela and some other superfans came together and decided to start their own supporters group when the U.S. Women's National Team hosted Belgium in a friendly at Los Angeles’ Banc of California Stadium during the team’s Send-Off Series ahead of the 2019 FIFA Women’s World Cup.

"We had a really great showing our first game and just got the ball rolling there," he said. "It's really about the fan culture surrounding the National Teams and the atmosphere at games. We really wanted to see if we could elevate that, have more of the fan culture you see at LAFC games or [Portland] Timbers games, or in in Europe or South America where it's rowdy and loud and crazy. We come from that background. We wanted to bring that to USA games." 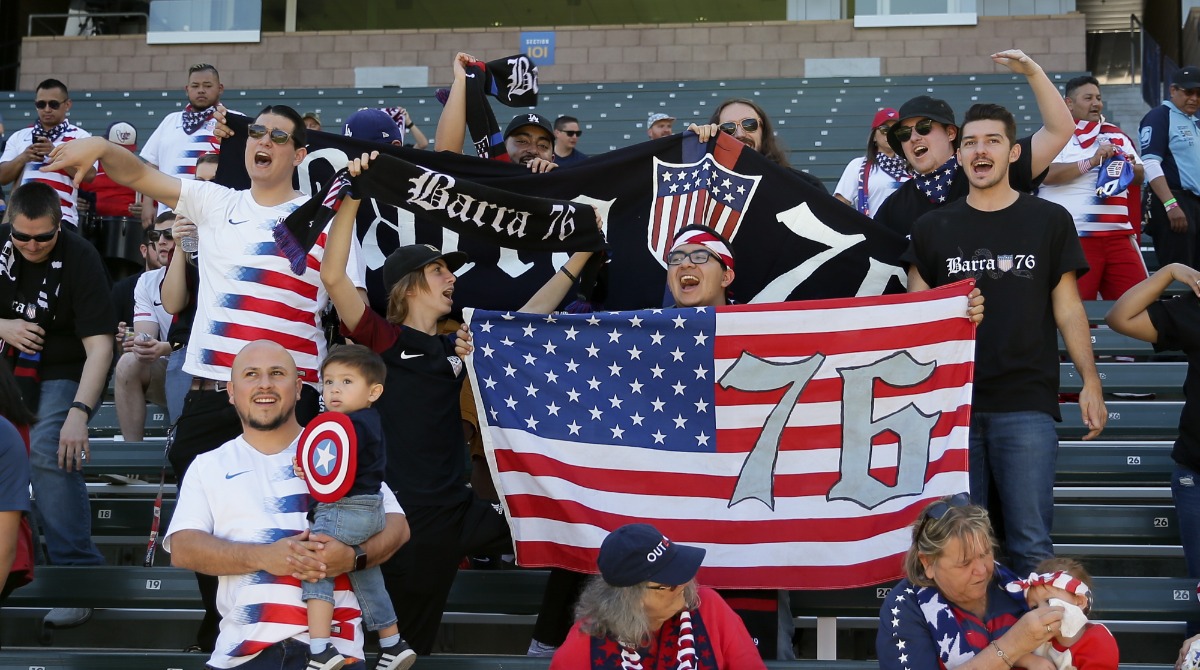 The USMNT began its unique hat-trick on June 6, when the USA defeated Mexico 3-2 in extra time in the Nations League Final at Empower Field at Mile High in Denver, Colo.

Varela and Barra 76 were in paradise yet again – in more ways than one – as the U.S. downed El Tri again in extra time, this time 1-0, in the Gold Cup Final at Allegiant Stadium in Paradise, Nev. on Aug. 1.

To round out the streak, he and his friends enjoyed the “Dos a Cero” experience with a 2-0 win during FIFA World Cup qualifying in Cincinnati, Ohio on Nov. 12. The USA has now defeated Mexico by that score five of six times in WCQ since 2001, with all six matches played in the state of Ohio.

"Nations League and Gold Cup obviously were a little bit more of a Mexico home crowd, which is fine," Varela said. "It's what we expected. I think as part of the U.S. supporters in those games you have the responsibility to be as loud as you can and as rowdy as you can.

"For the Nations League in Denver, we only had a handful of Barra," Varela said. "But for the Gold Cup in Vegas, we had a few more people. We had a solid group there and we sung our hearts out. We really tried to lead that supporters’ section. We have a couple more West Coast chapters than we do in the Midwest, so we were able to travel a little bit more."

But for the match in Cincinnati, the third and arguably most consequential confrontation between the two Concacaf powers, the atmosphere was different. The USA needed those three precious points in their quest to qualify for Qatar, and Barra 76 along with every fan at TQL Stadium helped create a special environment to push the team forward.

"The Cincinnati game was great,” Varela said. “Of the three that I went to, that was probably my favorite just because everyone's singing the anthem, everyone's cheering every time we win the ball and for the goals. It's a special feeling. You feel like part of a community and part of something bigger, it was just a fun environment. I had never been even to Ohio before. We met the locals and hung out. We did a bar crawl with our members before we stopped by [other supporters groups]. It was just a really good atmosphere all weekend." 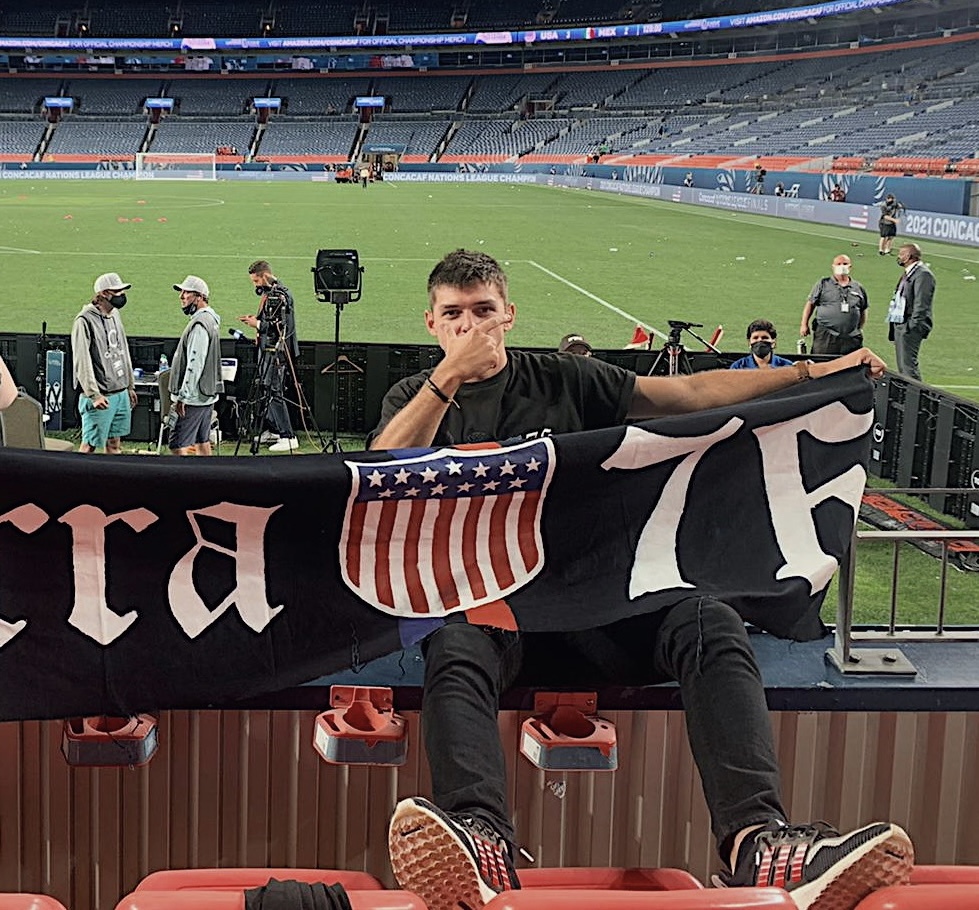 Since their inception, Barra 76 has been very active on social media, aiming to appeal to Spanish-speaking fans who felt like they didn’t have a home to support the U.S. National Teams.

"To U.S. Soccer's credit, I think they've improved on that," he added. "They've talked to us, asked us for advice."

Barra 76 has around 300 registered members. Varela, who is tasked with outreach and expansion for the group, has his sights set on growth not only in Southern California, but across the rest of the country as well.

"We had so many plans for 2020 and then COVID ruined everything," Varela said. "We almost had to start from scratch."

While the pandemic slowed down their plans, it hasn't doused the enthusiasm of Varela and his colleagues. As the world bounces back to a new normal, Varela and the rest of Barra 76 have been working hard to grow their numbers.

"I was lucky enough to be at all three of the USA-Mexico games this year," he said. 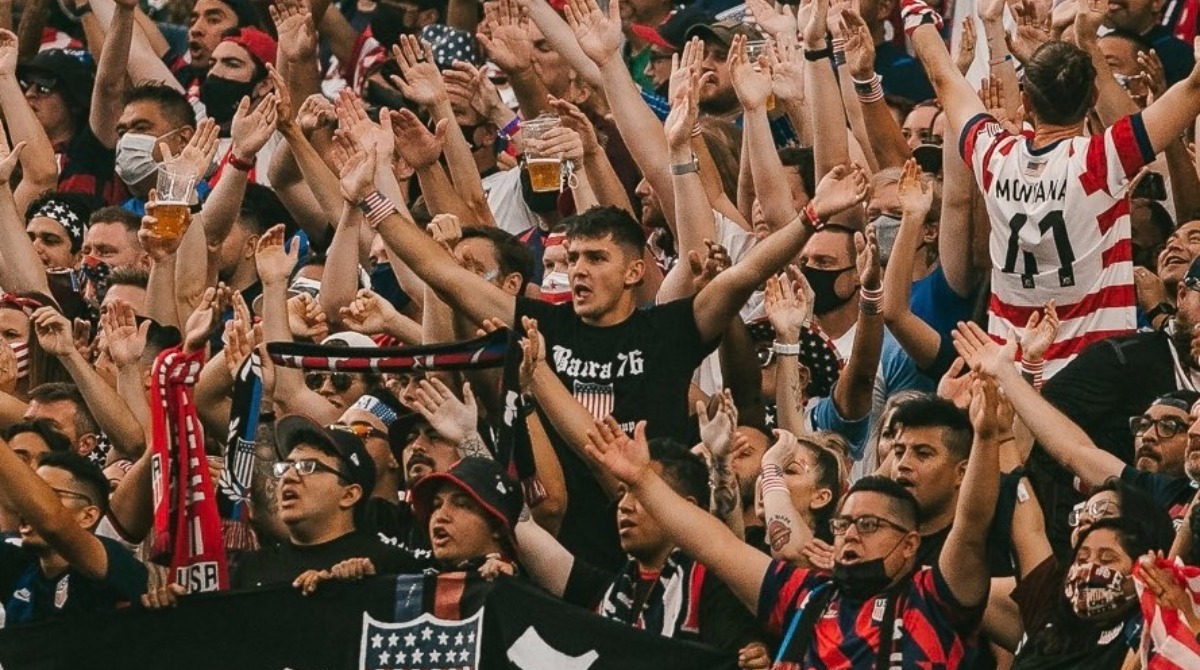 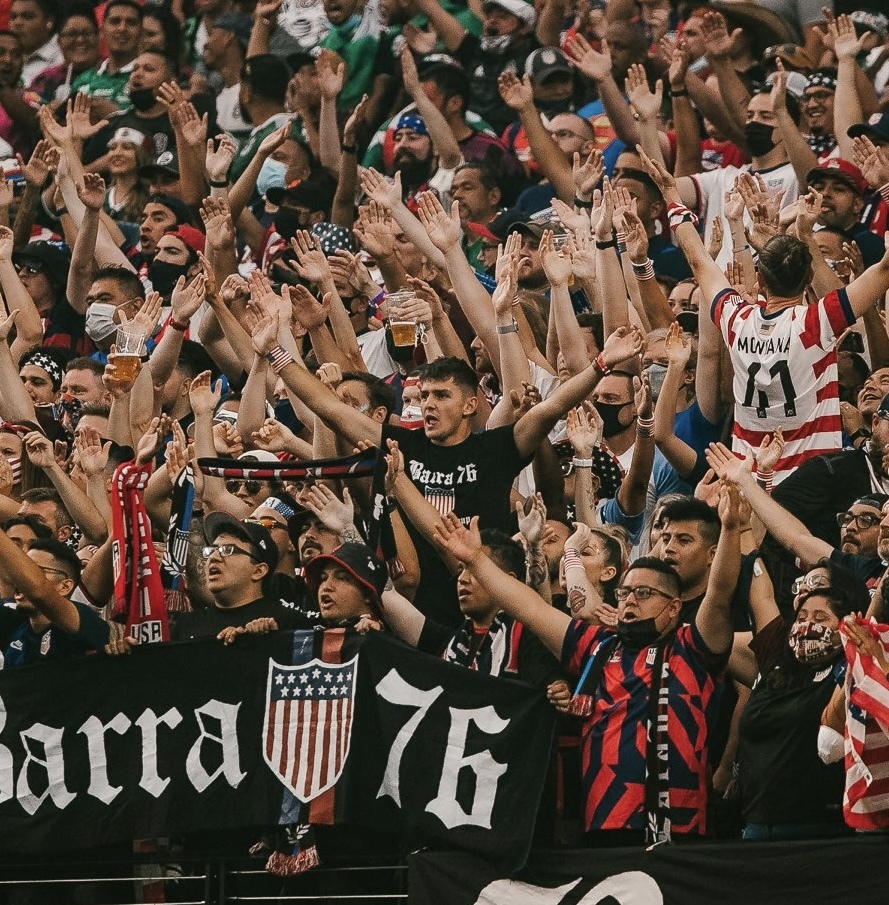 Christian Pulisic, who scored the first goal in the match, is Varela’s favorite American player.

“I love Pulisic and the crop of these new young guys,” he said. “It's so cool that we have this young team with a lot of swagger and technical ability coming up.”

Beyond the USMNT, Lionel Messi is his favorite performer.

“I mean, with Argentinian blood, I obviously love Messi,” Varela said. “I remember watching him on TV when he was at Barcelona. I would pretty much watch every game, especially when I was first really starting to take soccer seriously. He would do something incredible every game that just made me scream out loud even if I was alone at home.”

Varela and his Barra colleagues have plenty of work ahead of them as they expand from coast to coast. Although the group is still in its infancy, their focus in expanding around the West Coast and the South has gained traction. Varela hopes to increase representation in the Midwest, too. The good news is that there’s plenty of interest from fans around the country.

"We do have people that have reached out to us about starting new chapters, and we're really careful about who we start chapters with," he said. "We want to start a really strong foundation and make sure they have the resources and knowledge to build a chapter from the ground up. There's definitely going to be some expansion pretty soon."

If the USMNT qualifies for Qatar 2022, Varela hopes to see some of Barra 76 make the trip. For those on home soil, the supporters group would rally support from afar with watch parties in cities across the country.

With an eye towards the future of Barra 76, Varela’s anticipation is already building for the 2026 World Cup, which will be co-hosted by the United States, Canada and Mexico. Growing the group requires patience, but he has big plans for what will be the first 48-team World Cup tournament.

"2026 is a year that all of us have marked on our calendars,” Varela said. “We're going to rent buses, buy vans and travel across the country to follow the team. It's something I look forward to."

As the USMNT prepares to round out its World Cup Qualifying campaign in early 2022 following the team’s December friendly against Bosnia and Herzegovina in Southern California, Barra 76 will continue its work to expand and welcome fans of any background who look to support the National Teams.

To learn more about Barra 76 or to sign up to be a member, visit www.barra76.com.