Hartford Athletic will be big underdogs against MLS’ New York Red Bulls in the Open Cup’s Third Round – so it’s a good thing they can lean on the likes of former Cal FC giant-killer Danny Barrera.
Frank Dell’ApaApril 17 2022
Open Cup

When Hartford Athletic midfielder Danny Barrera talks of his team possibly upsetting the New York Red Bulls in the Third Round of the Lamar Hunt U.S. Open Cup, it might pay to listen.

“I love the Open Cup,” Barrera said recently. “It is very important for us. It’s a way to really show what our team’s capable of. We will be playing an excellent MLS team at Trinity Health Stadium and we’ll have our fans. Obviously, the Cup is the Cup, and anything can happen in the Cup.”

For Barrera, “anything can happen” is much more than a cliché.

Barrera experienced his first Cup success along with his brother, Diego, playing for Cal FC, an amateur team in his hometown of Thousand Oaks, California. Cal FC’s campaign began with Barrera scoring twice in a 3-1 road win over reigning PDL (now USL League Two) champions Kitsap Pumas. A week later, they traveled to North Carolina and two more Barrera goals led to a 4-0 blanking of the Wilmington Hammerheads, who went on to that year’s USL Pro Division playoff finals. Next up, another trip to the Pacific Northwest, and another upset, this one against the Timbers at Providence Park.

Cal FC became the first U.S. Adult Soccer Association (USASA) team to defeat an MLS opponent as Artur Aghasyan finished a Barrera through ball in the 95th minute. “We built a team with [coaches] Eric Wynalda and Mike Friedman and we went on a run,” Barrera recalled. “Portland had Diego Chara and [U.S. international] Darlington Nagbe, and we took them to overtime and [Aghasyan] chipped the keeper.

“It was huge for us and our careers,” Barrera remembered. “After that, every player went professional.” 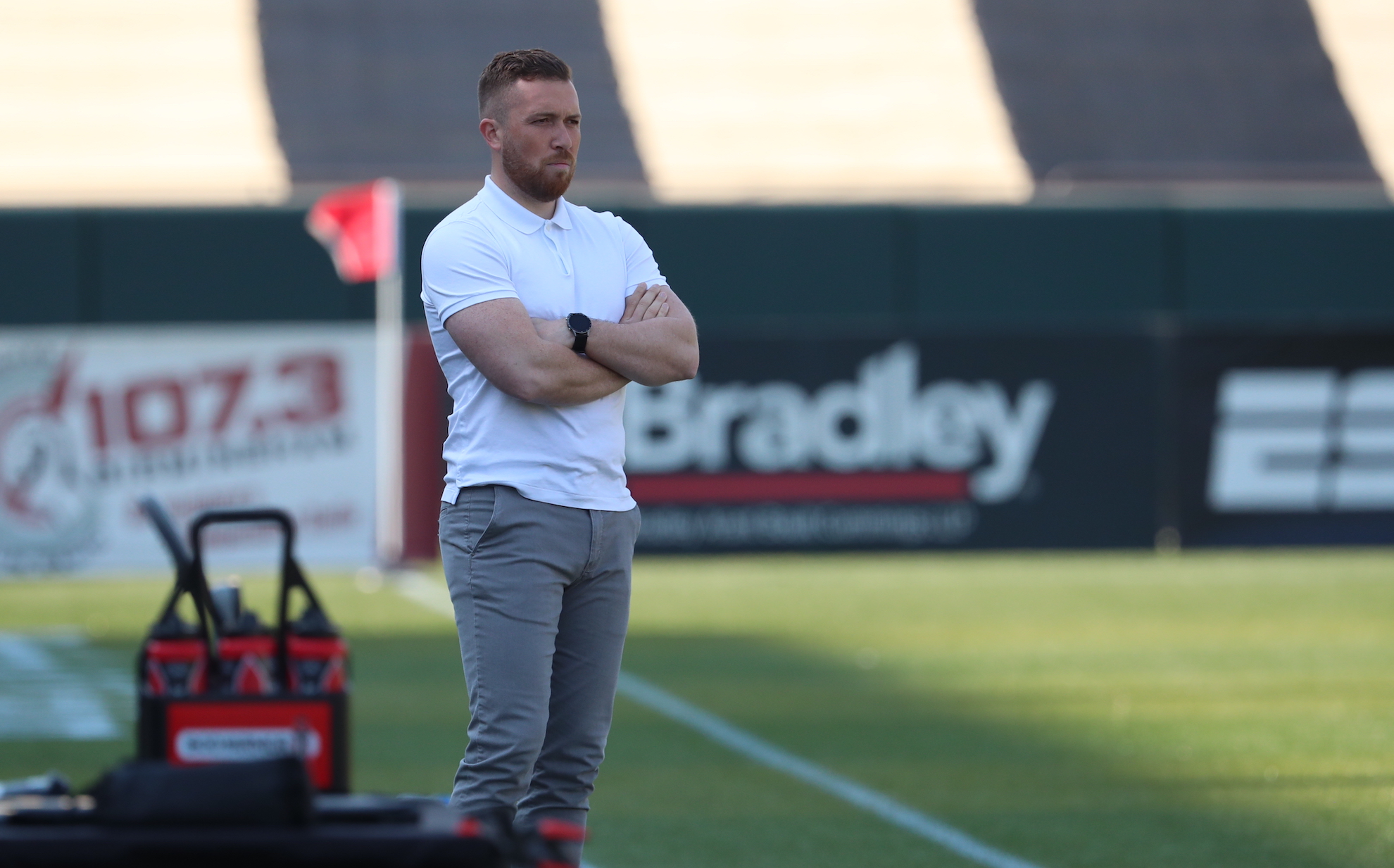 Barrera’s Cal FC story could be a motivating factor for Hartford Athletic against the Red Bulls. It also served as a reminder when he was preparing for the 2022 Cup opener against Oyster Bay United FC.

“I told everyone we cannot take this team lightly, whatsoever,” Barrera said after his Hartford side from the USL Championship (the second pro tier) took a 3-1 victory over Oyster Bay. “They have nothing to lose and they have things to prove and it’s the Open Cup and anything happens.”

Eight USL Championship teams were ousted in this 2022 Second Round. But head coach Harry Watling took steps to make certain Hartford Athletic would not be among them. “We saw a lot of upsets in the Cup, a lot of USL teams knocked out,” he said. “A lot of teams took the opposition lightly.”

Watling, in his second season in Hartford, learned early lessons following the FA Cup while growing up in South London -- and coaching academy teams at Millwall, Chelsea and West Ham United.

Among those on the bench were Barrera, who replaced 17-year-old Pearse O’Brien with the score tied 1-1 in the second half. “Danny is our talisman, a big-game player,” Watling said. “He came on and changed the game for us. He turned it up another grade.”

Watling and Hartford will be going strong from the opening whistle against the Red Bulls.

“This is a huge game, especially because it’s at home, and it’s a knockout game,” the 32-year-old coach said. “We were hoping for an MLS team and we’re delighted it’s the Red Bulls. It will be a massive challenge. They have wonderful players, they are top-four in MLS, and they have a really difficult style to play against. They are really direct and they run over you.”

Hartford will depend on back-line anchor Tom Brewitt, a former Liverpool FC junior center-back, to provide composure. In midfield, Barrera will be paired with Jamaica national teamer Andre Lewis.

Watling calls Lewis “our best player – a Rolls Royce of a player. Great first touch, lovely imagination, [ability] to find a pass. He plays next to Barrera, so we have two No. 10s.” 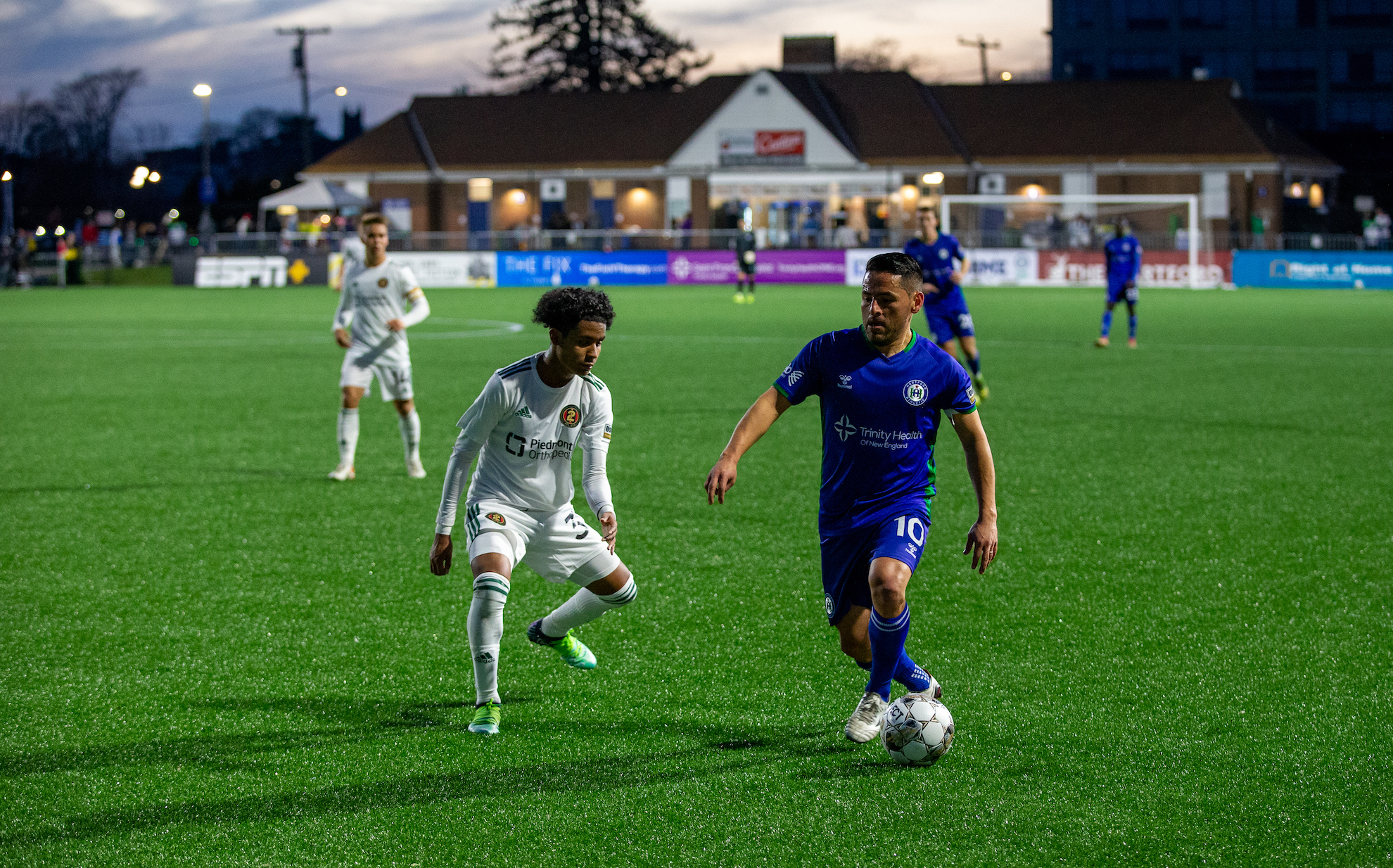 Hartford got off to a difficult start in league play, with four of their first five games on the road.

“We’re looking at it like it’s nice they’re coming to us,” Hartford winger Ashkanov Ash Appollon said. “Any time you play against an MLS team, if you’re a competitor, you get pumped and excited and live up to the moment. When you play a team with quality you’ll suffer a bit but we’re ready to battle.”

“In France, cup games are big,” he said. “The league sends you a special jersey, the same color you normally wear for your team, but with a cup emblem. It’s so prestigious and every game is big-time. Every round you win you get money, and players are all looking to move on. A couple years ago, Les Herbiers [third division Championnat National] went to the final against Paris Saint-Germain.

“We made it to the Round of 16 but ended up losing to a Ligue 2 team,” Apollon added.

Hartford Athletic is a club still developing an identity in its fourth season of USL play. The team’s initial season began with eight defeats in eight road matches and a 33rd-place finish out of 36 teams. A first victory finally came in the Open Cup, a 2-1 result over the New York Cosmos, in May of 2019. The next season, the club reached the league playoffs and last year they finished fifth in the Atlantic Division.

“We officially have the smallest roster in USL, so we don’t have loads of bodies to rotate,” Watling said. “It’s all about picking and choosing the right lineup -- that’s the skill of management.

“I would love us to be a cup team and a league team. We want to go deep in this competition,” continued the coach, taking dead-aim at what could be a famous upset in the Cup. “It would be great for our fans, for our front office. We want to win this game and go as far as we can.” 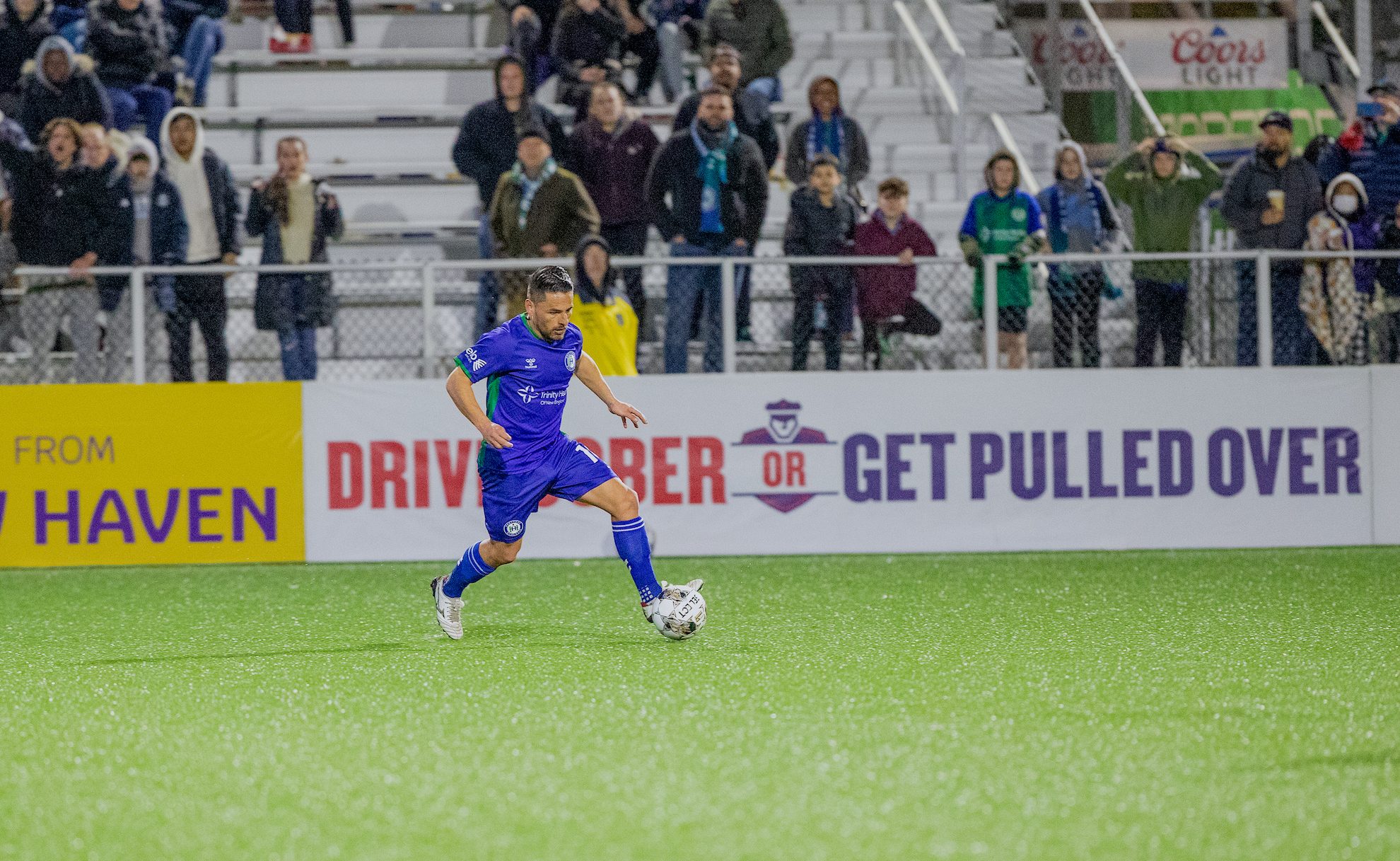