Bob Lilley is two decades deep in his coaching career and the Pittsburgh Riverhounds boss – who’s never had a losing season in all those years – talks about the rotation and balance needed to get somewhere in the Cup.
Michael LewisApril 16 2022
Open Cup

Bob Lilley will need to use everything he’s learned in his 20-plus years as a head coach this week.

Not only will he have to devise a game-plan for his Pittsburgh Riverhounds to defeat favored FC Cincinnati in the Lamar Hunt U.S. Open Cup on Tuesday, April 19, but he’ll also need to endure some unusual travel arrangements and regeneration prior to the Third-Round match. 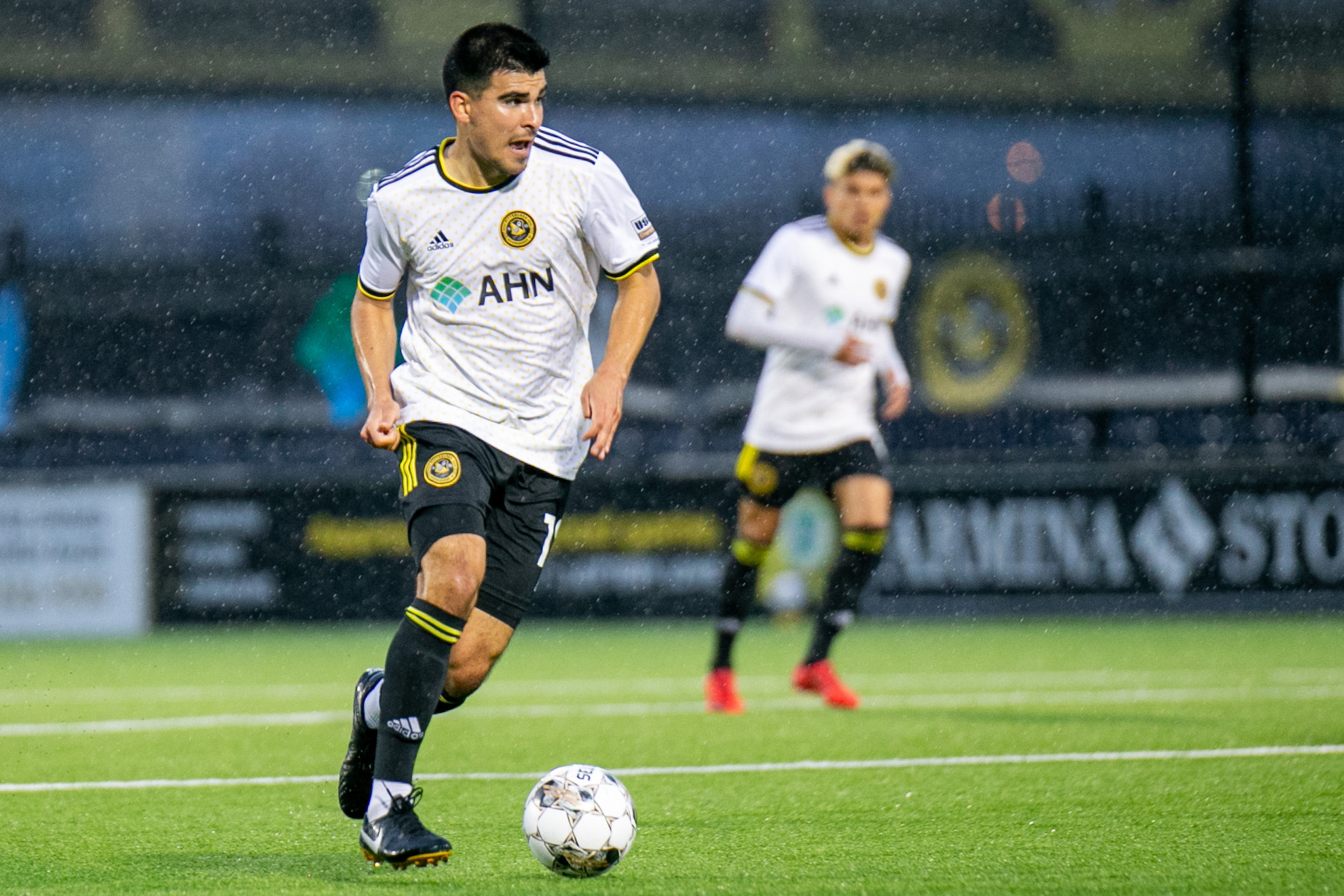 After playing a USL Championship game away to Las Vegas Lights FC on Saturday, April 16, the Riverhounds will take a red eye to Pittsburgh. It was the only direct flight and it was booked prior to the Open Cup Third-Round draw. After arriving at Pittsburgh International Airport at 5:45 a.m. on Monday, the team will hop right on a bus for a six-hour drive to Cincinnati.

"We asked for the game to be pushed to Wednesday, but they wouldn't change it," Lilley said.

He’ll have to make the best of a less than perfect situation. But if anyone has the background to find the right solution, it’s Lilley.

All About Balance (and Rotation)

"To go directly from a cross-country trip and then back and then straight on the bus trip, that's going to be a challenge to get them back up again for Tuesday night," he said.

The bus will travel directly to the field for training.

"They're going to be exhausted,” Lilley told usopencup.com. “I'm just going to try to get their legs back a little bit, get some lactic acid out. They'll be doing treatment in Vegas before we take the red eye."

It's all a balancing act because the Riverhounds have a Saturday, April 23 home game against Atlanta United 2.

"We got to think which guys can go Saturday-Tuesday, which guys go Tuesday-Saturday," Lilley said considering his options. "I don't want to play my strongest lineup in both league games and not give us a chance against Cincinnati.

"Do we still think these players have legs? Do we maybe need to think about substituting this player for this player or even in terms of if someone's playing? If he's playing in Vegas, is he going to be playing in Cincy on Tuesday? You got to be aware of that and get them hopefully off the field in the 60th minute rather than the 85th because it'll make a difference.”

Who to Leave in; Who to Keep Out

All these "little" coaching decisions make a massive difference.

USL Championship teams don't have the same roster depth as MLS sides. Lilley made some difficult choices prior to Pittsburgh's 2-0 Second-Round victory over the Maryland Bobcats (National Independent Soccer Association - NISA) on April 5. 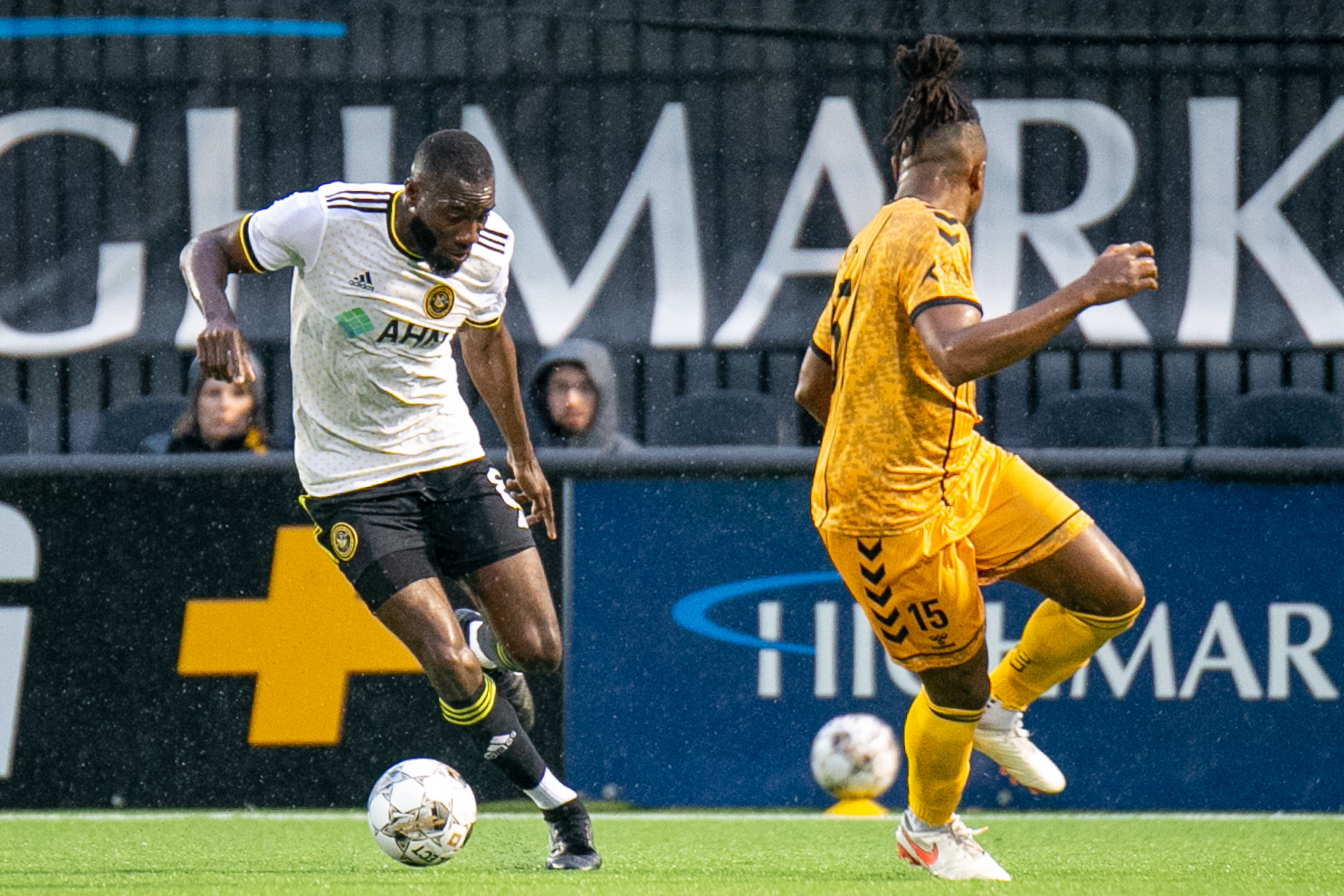 He went with a less experienced lineup, and it paid off. Englishman Toby Sims, in his first season as a pro, scored twice while playing for the first time as a central midfielder. Goalkeeper Jahmali Waite recorded a shutout in his first start.

"It's really hard to play all your regulars because then you can't play them all the game before, or you risk injury,” Lilley said. “If you play them before playing midweek, you’re probably not playing them in the third game. It's difficult to balance those three games without risking some stuff in the league."

Experience and the Road to Wisdom

RECAP — Two goals by Toby Sims has us through to the Third Round of the @opencup, where a potential date with an MLS team could be in the cards.https://t.co/4EczZ7UtRN#PITvMD #USOC2022 #HOUNDTAHN pic.twitter.com/wKqP7wHQkk


Incredibly, Lilley has never suffered a losing campaign. His "worst" season was a 10-10-8 finish with the Rhinos in 2014. A year later, Rochester (17-1-10) captured the regular season and USL Championship playoff crowns.

"We hit the jackpot," he said.

But that didn't last.

Smooth Transition from Rhinos to Riverhounds

The Rhinos went dormant after the 2017 USL Championship season, but another door opened for Lilley. Rhinos owners David and Wendy Dworkin were good friends with Riverhounds owner Tuffy Shallenberger.

"Pittsburgh called me as Rochester was pulling the plug," Lilley said. "They've had some tough seasons, finishing like 13th out of 16 teams in the East and hadn't made the playoffs for a few years. Tuffy was pretty aggressive trying to get me. Dave said, 'This is your guy. He's going make the group better. He can deal with not having the biggest budget.  He's going to win because he knows how to build the team out.'”

Not surprisingly, the Riverhounds have enjoyed four straight winning seasons under Lilley. 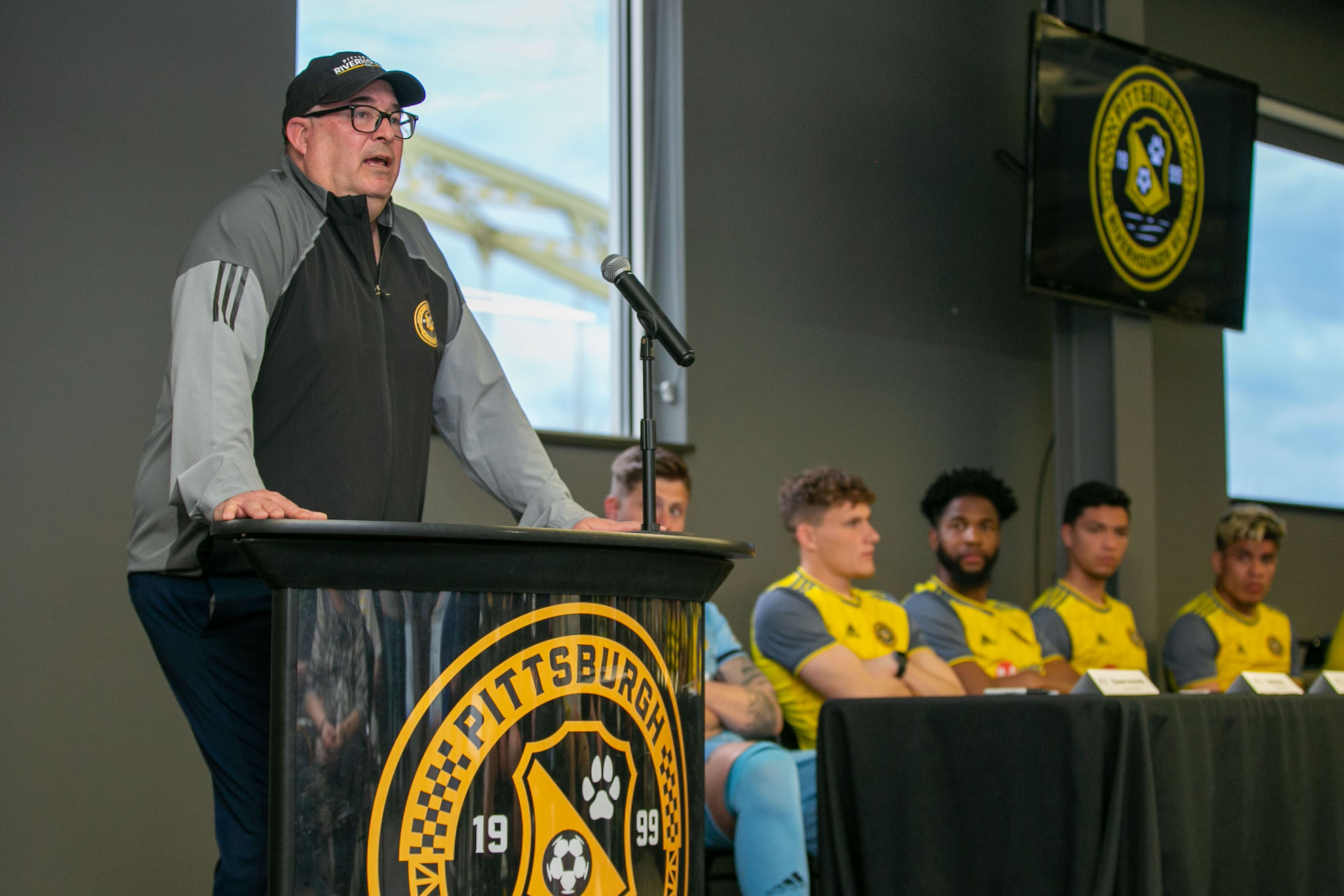 "I want to win. I want a culture, that's important, not just in the locker room but in the organization. The support’s there. You always have a chance to win but you've got to do a lot of little things well. I'm probably too obsessive. But I'm hoping to win something here in Pittsburgh."

You would think Lilley’s track record would have led to Major League Soccer – American soccer’s top-tier professional league. He’s interviewed for top or assistant positions with the New England Revolution, FC Dallas and Columbus Crew, among others.

"I would never rule it out," he said of coaching in MLS. “It was probably seven or eight opportunities where it just wasn't in the cards at the time."

"I tried to look at how much the league's grown and I'm making a difference," Lilley said. "I'm proud of the fact that a lot of guys that I coached had been head coaches or are execs in MLS. It's nice to hear that 'I picked up a lot being around in your environment, what it's going to take to win.'"

Lilley’s Riverhounds, who started their 2022 USL Championship campaign unbeaten in five games, have a mixture of youth and veterans.

A History of MLS Cupsets

Lilley's teams have competed with MLS clubs before in the Open Cup. When he was a rookie coach in 1997, Hershey played their MLS affiliate, D.C. United. 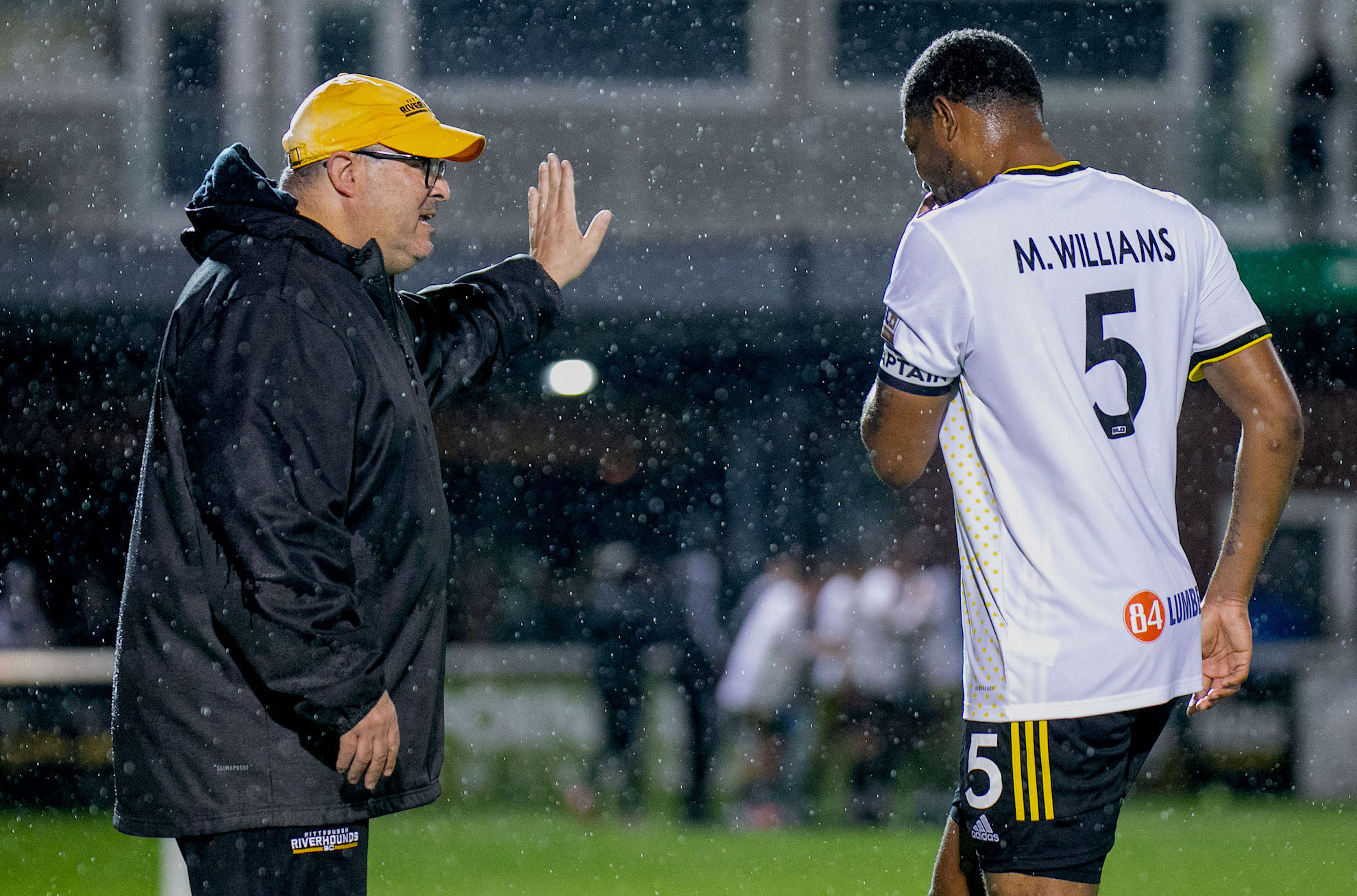 "It was two good teams. You couldn't really see a huge difference," Lilley said. "That was a big moment for our group and that franchise, to be able to stand and go toe-to-toe with them. It wasn't like we caught them off guard or we got a second-rate lineup."

Lilley has lost count of how many Open Cups he’s been involved in. But the veteran coach is welcoming his latest challenge in America’s oldest soccer tournament.

"I'm glad the Open Cup is back," he said of the tournament that took a two-year hiatus due to COVID-19. "It's a fun time for the group to measure themselves. I was happy because I knew I had a pretty good roster where just getting extra games means more minutes for development."

It’s also an opportunity for Lilley to pull off another tasty cupset or two -- starting in Cincinnati.

Michael Lewis can be reached at socwriter@aol.com and @Soccerwriter on Twitter. His book  (ALIVE AND KICKING The incredible but true story of the Rochester Lancers) is available for purchase. 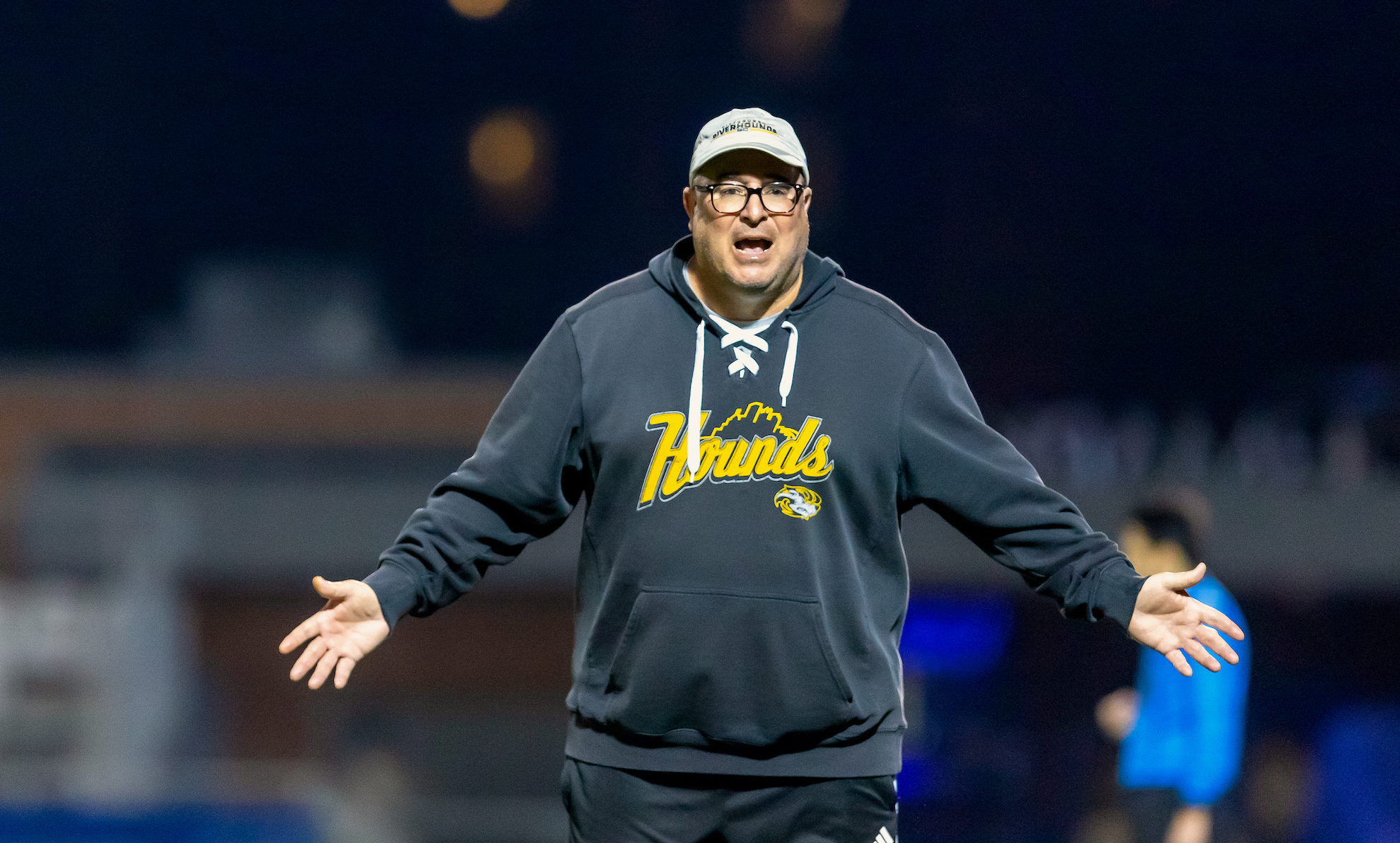