Center Back on a Roll

U.S. Under-17 Women’s Youth National Team center back Cameron Roller aims to excel in the present by watching those who have come before as she and her teammates prep for the 2022 Concacaf Women’s U-17 Championship in the Dominican Republic.
April 22 2022
Featured

At 5-foot-11, Cameron Roller doesn’t look up to many female soccer players, at least when it comes to height.

But when it comes to role models, there’s more than a few players she’d love to emulate.

The U.S. Under-17 Women’s Youth National Team center back, who hails from the Dallas suburb of Sherman, Texas, makes sure she pays close attention to the players at her position when she watches pro club matches or the U.S. Women’s National Team.

Anything she can glean about playing center back – from positioning and ball-winning to connecting with her midfielders and forwards out of the back -- she knows will help her improve her game as she continues to grow in her young career.

But the two center backs she’s dialed in on of late are closer to her age: Florida State and U.S. U-23 WYNT defender Emily Madril, who’s six years older than the 16-year-old Roller, and former Stanford star Naomi Girma, the top pick in the 2022 NWSL Draft by San Diego Wave FC. Girma, who earned her first full USWNT cap on April 12 vs. Uzbekistan, is just five years older than Roller.

“I like the attacking side of Emily’s game and how she brings the ball up the field,” said Roller. “She’s a leader in the back but those leadership qualities continue when she steps into the midfield as she progresses up the field. Her response to adversity has also been amazing. She’s battled a lot of injuries but that hasn’t impacted the grit she plays with. I think her confidence on the field is intimidating and I like that quality in a center back.”

Roller is committed to attend Duke University, where she’ll be coached by one of the greatest center backs in women’s soccer history in Carla Overbeck, who also hails from the Dallas suburbs. Even though Roller was born five years after Overbeck retired, she’s looking forward to making like a navy blue sponge and soaking up all the soccer knowledge she can once she gets to Durham in the fall of ’23.

“Obviously the physical part of the game is super important, but all of us here with the U-17s are so young and we just have so much to learn,” said Roller. “We’re all in this together and that’s part of the fun.”

Just six years ago Girma, who at times captained the U-17s, was playing in this same Concacaf qualifying tournament. Roller admires the path she has taken through the Youth National Teams to the pros and to the senior team.

“She made it to the full National Team at such a young age, and I love how she doesn’t let her age hold her back from what she wants to accomplish,” said Roller, who plays up a year for the Solar Soccer Club U-18/U-19s. “She helps stabilize any team she’s on and she has amazing work ethic on and off the ball. I can tell from social media, and how her teammates treat her, that she’s someone that you just want to be around and be on the same team as.”

This age group had just three training camps to prepare for this qualifying tournament after U.S. Soccer restarted its youth programming following a long pause due to the COVID-19 pandemic. Roller attended them all and made enough of an impression to make the 20-player roster to travel to the Dominican Republic.

“Just getting this opportunity to come to the camps, learn things that the coaches have told me and then apply them to my club environment, I’m grateful enough for that,” said Roller. “To make this team seems like a dream. I’m proud that I was asked to come back into this environment and our interactions with our coaches have made it so much more enjoyable. My teammates and I really push each other to be competitive every second to make each other better, and at the same time, the friendships I’ve made here are so special.”

“This experience, it’s insane to me,” said Roller. “It’s just an honor to be here, but we know we have so much more to accomplish and that all sacrifices will be worth it if we can qualify for the World Cup. Right now, it’s one day and one practice at a time, but I know the whole team is super united in our goals and we’re just super focused on first game of qualifying. Then we’ll go from there.” 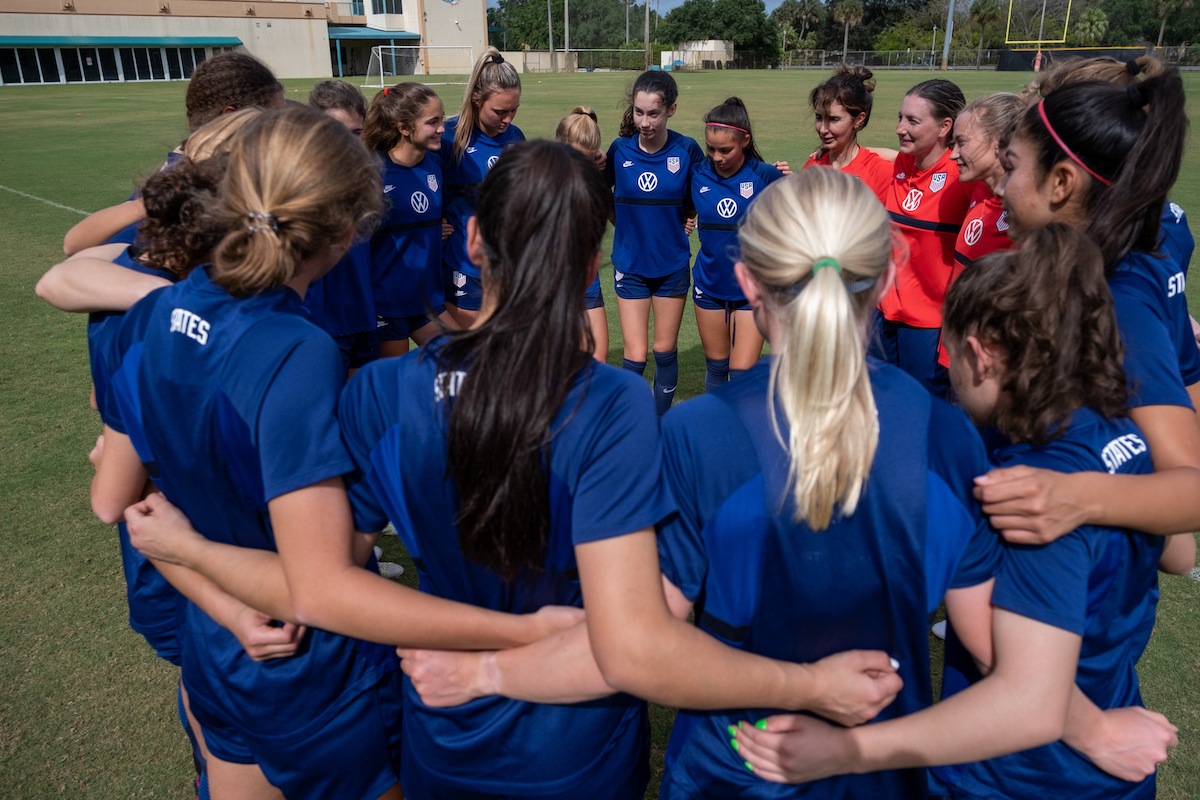