When Rodrigo Lopez joined Sacramento Republic FC as the club’s first signing in the inaugural season of 2014, he had no idea it was the start of a long-lasting love affair.

After stints in the U.S. and Mexican top flights between 2005 and 2009, the Guadalajara-born/California-raised midfielder eventually found himself playing in the old USL Pro league, the third tier of the American soccer pyramid at that time.

This Wednesday. A chance to punch our ticket to the next round of the @opencup and be among the best eight teams in the country.

Following a stint with the Los Angeles Blues, Lopez had to take a second job as a construction worker in his hometown of Santa Barbara to balance the long off-season breaks. Exhaustion began to set in after a few years and he considered hanging up his boots for good ahead of the 2014 season.

“I thought I wasn’t being given fair chances,” admitted Lopez. “I was making better money working construction than I was in the USL. But my family pushed me to give it that last try and work hard and make something of it.”

He decided to take a chance on himself with Sacramento Republic FC. His decision paid off as he helped the team win a USL national title that first season, scoring seven goals and tallying 10 assists. Things were shaping up nicely for Lopez, then 27, who welcomed his son to the world that same year.

The team, too, made a decent run in their first-ever Open Cup, reaching the Fourth Round after beating Ventura County Fusion and Fresno Fuego in the Second and Third Rounds before narrowly being eliminated by the San Jose Earthquakes (2-1).

Following that impressive championship run and a decent showing in the Cup, Lopez formed a special bond with fans in Sacramento that, unbeknownst to him, would live on for years to come. 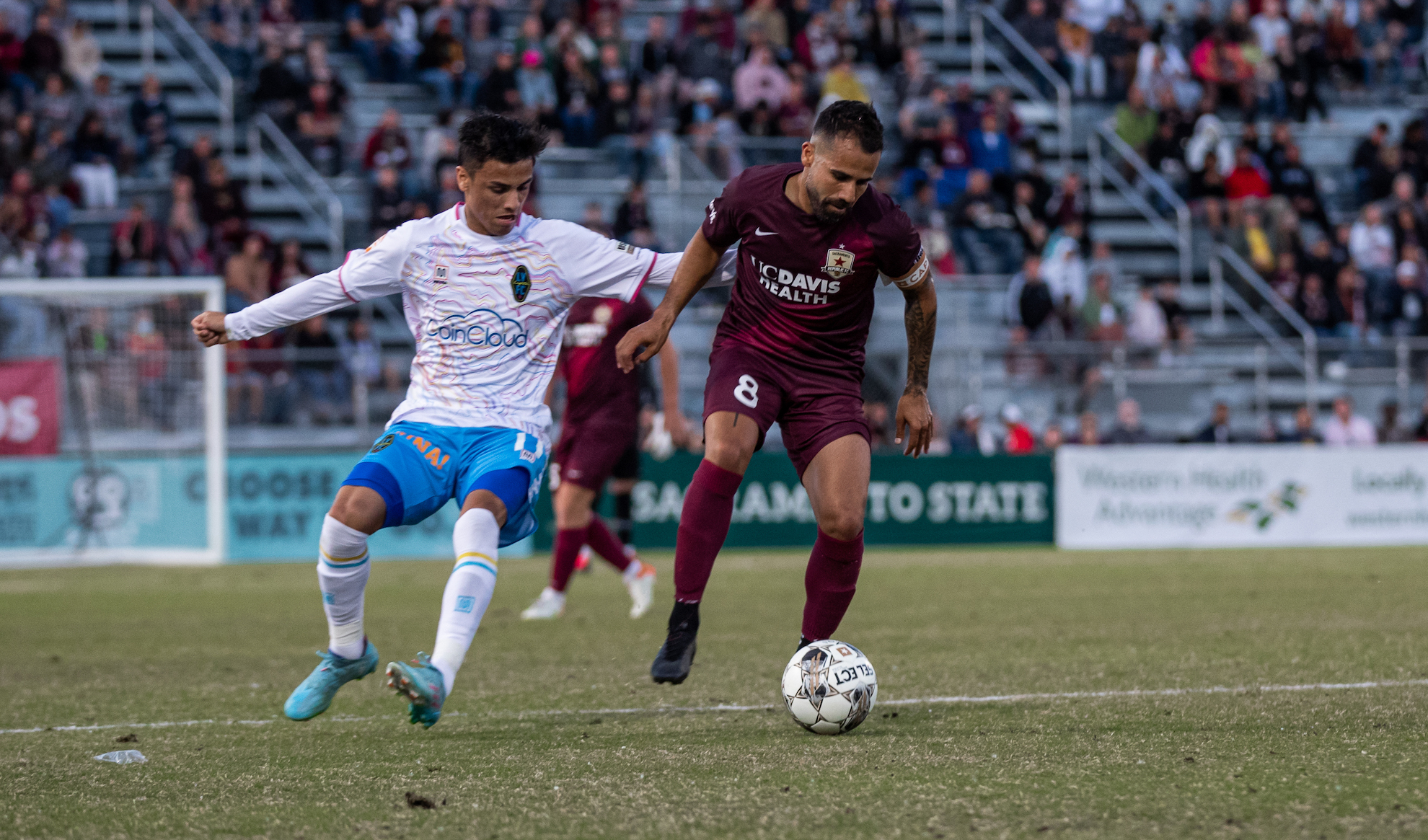 “Sacramento has some of the most loyal fans in the country,” Lopez insisted. “You see it with basketball too with the Kings. It just shows what the city is about, and all the hype around Sac Republic that first year was well deserved.

“We put in good performances and a good product on the field – and the fans grew to love us,” Lopez remembered. “There were sellouts all the time and that was really special for us. It was an extra push on the field.”

Lopez was just as impactful the following season. In 2015, he led the Republic with nine goals in league play and 11 across all competitions, once again cementing himself as a key figure at the club.

‘Quakes a Common Foe in the Cup


Their Open Cup run that year felt like déjà vu. They cruised past Sonoma County Sol in the Second Round (4-2) before routing Chula Vista (7-3). As fate would have it, they were drawn, once again, against the Earthquakes.

The two squads battled to a 2-2 draw, which included an opening goal from Lopez in the sixth minute. But the cruelty of a penalty shootout, after 120 minutes of tense play, saw Sacramento eliminated. 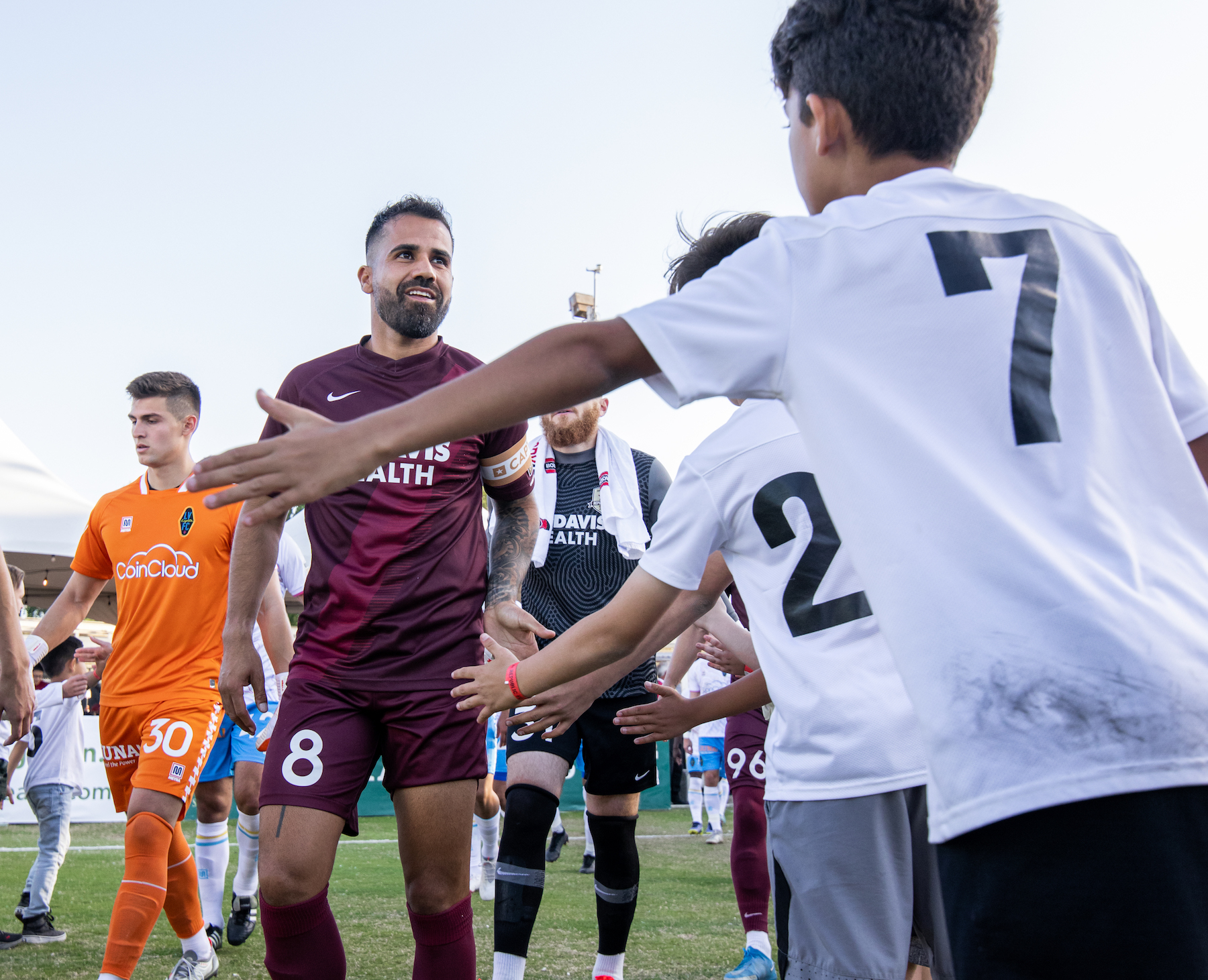 Following the 2015 campaign, which ended with a disappointing first-round playoff exit for the Republic, Lopez announced he wouldn’t return for a third season. Despite SacRep now occupying a special place in his heart (and vice versa) he pursued other opportunities that took him back to Mexico for the next four years, including stints with Celaya and Toluca.

In 2019, financial troubles at Veracruz – which led to the disaffiliation of the club from Liga MX – left Lopez without pay for seven months. He insists he enjoyed the playing experience, the relationship with fans, and the city of Veracruz itself – but it was clear that he needed to move on.

“I felt like my time was up in Mexico and I really wanted to be back in Sacramento,” Lopez remembered, feeling the pull of the city of his son’s birth and the most successful stretch of his own playing career. “I wanted my family to be back in California close to the rest of my family.”

So the stars aligned and he signed again with the Republic. But what was supposed to be an epic homecoming story became one of adversity and frustration.

“2020 wasn’t the best of years for anyone,” Lopez said, recalling the impact of COVID-19 on his season. “We hit the pandemic and it was just a unique year. For me, mentally and physically, it was really tough.”

Lopez once again came close to hanging up his boots, but for a call from 2018 Open Cup-winning coach (with Houston Dynamo) Wilmer Cabrera, who convinced him to keep going. The destination this time was South Texas and fellow USL Championship side Rio Grande Valley FC.

The gamble paid off as Lopez netted five goals during the 2021 season. He regained his form, his confidence and, evidently, sparked the fresh interest of Sacramento Republic.

Lopez returned to SacRep for a third time ahead of the 2022 campaign. The move was a no-brainer. Over the years, he’d built an entire life there. He cherished having his friends and family close by. Lopez says it’s where he wants to continue to raise his kids and settle down with his family for the long term. 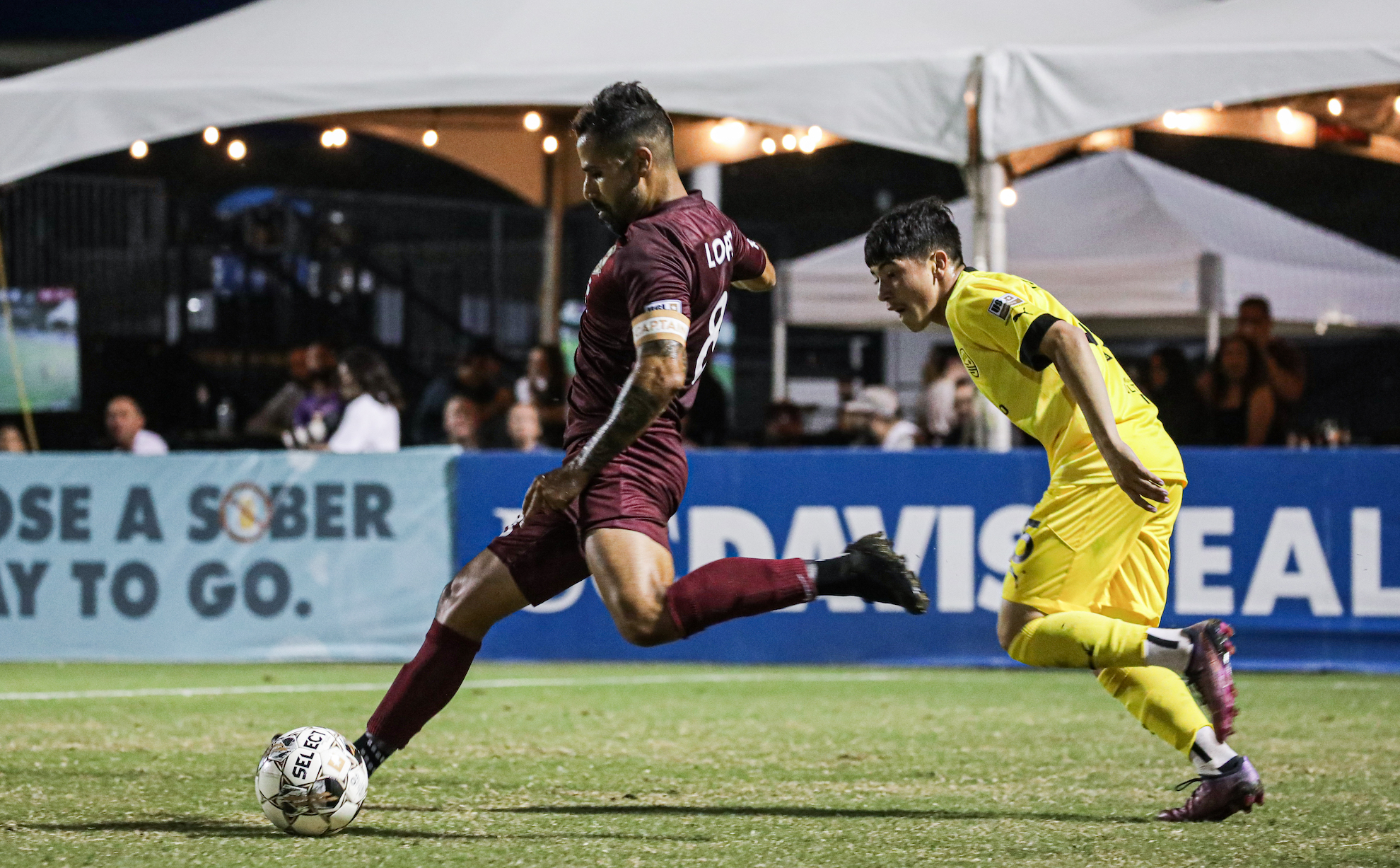 Now 35, he’s scored two goals in seven league appearances in his third stint with the club, who sit just one spot outside of a playoff position. He’s also made an impact in the team’s ongoing Open Cup run with two goals in three wins. Sacramento’s last outing was a statement performance as they took down a USL Championship powerhouse – and long-time rival – in Phoenix Rising FC.

"He's the captain for a reason,” said Republic boss Mark Briggs, who handed Lopez the armband at the start of the 2022 campaign. “He's someone I extremely value and place a lot of trust in.”

In the three Open Cup matches so far, Sacramento have scored a staggering 10 goals while conceding just one. But now they face a longtime rival – and a familiar foe – in the Round of 16. It’s those Earthquakes again – for the fourth time in Cup play since 2015. Lopez has been part of all but one of those defeats, which have consistently been narrow heartbreakers.

The date and time are set for our @opencup Round of 16 match vs @SJEarthquakes! 🔥

Tickets will go on sale at 10am. Season Ticket Members: keep an eye on your inbox for more info.

Lopez and the entire SacRep side have the opportunity to make history on two counts as they host their first Round of 16 match in franchise history – and as they look to advance to the Quarterfinals for the first time. But while they’re up against a tough opponent, with a history of coming out on top, the club’s veteran creator is up to the challenge.

“These are special games,” said Lopez, a determination in his voice. “We’re facing a NorCal rival and a team that’s playing really well at the moment. It’s a chance to make history and the boys know that.” 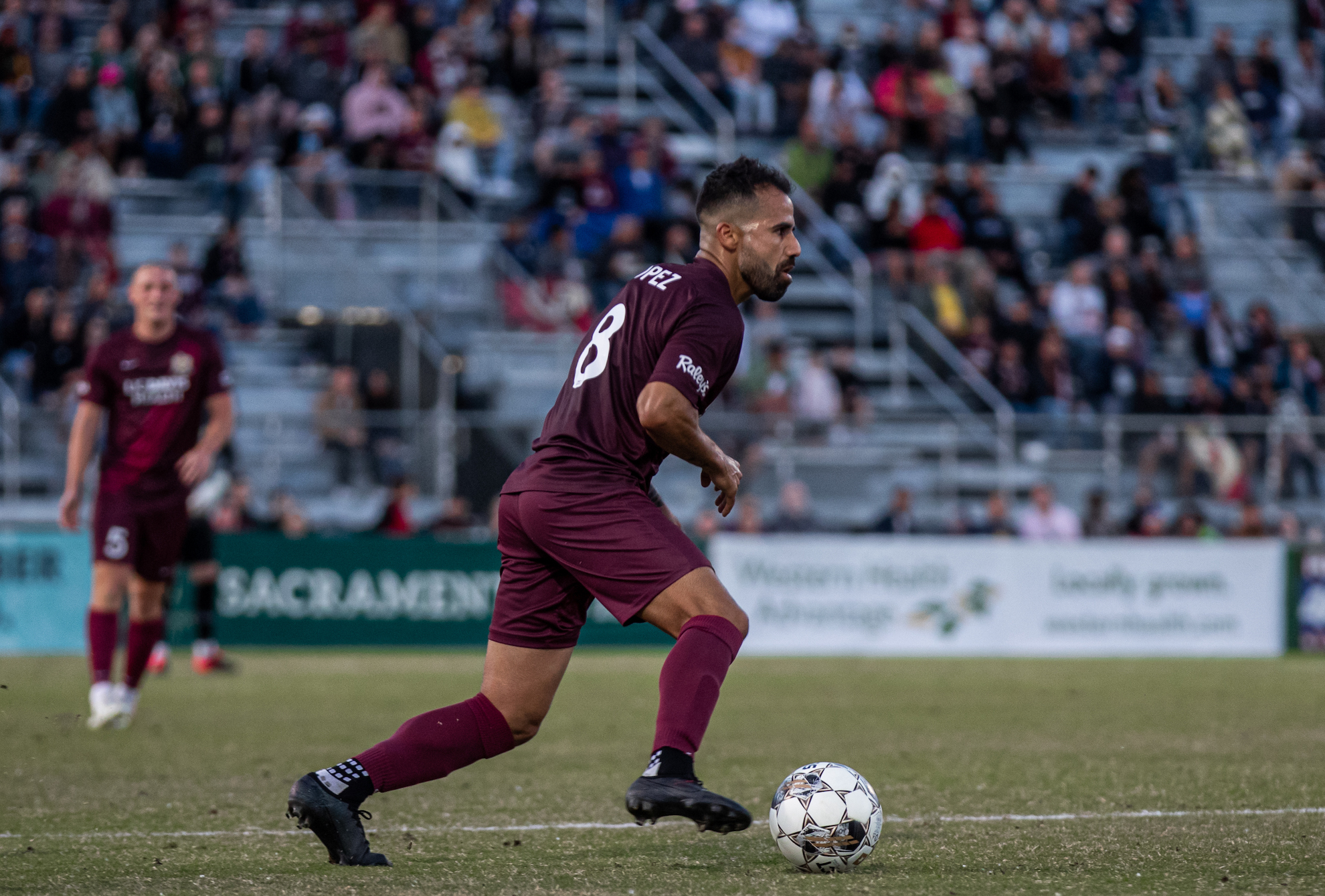 “The city is going to be behind us, and it would be a really special moment if we advance, not just for us, but for our entire city and organization,” said Lopez, connected to the club since its first outing.

“We have great fans and we’ve been a great team at home this season. They [the fans] give us a big push and motivate us,” he added, a twinkle in his eye as he talks about those supporters who took him to their hearts since that glorious year-one . “We’ll play in front of a sellout, and it’ll be an interesting game. Hopefully we can come out on top.”