SALOU, Spain (May 15, 2022) -  The U.S. Men’s Para National Team fell to Brazil 2-0 in the Bronze Medal match of the 2022 IFCPF World Cup Sunday evening in the mini-stadium of the Futbol Salou Sports Complex. The fourth place finish is the USA’s highest at a world competition, surpassing its previous best sixth place at the 2019 World Cup and follows up a Bronze Medal at the 2019 Para Pan-American Games.

In the Gold Medal match played afterwards, Ukraine defeated Iran 1-0 to win the World Cup after being runner-up in 2019. During the medal ceremonies, U.S. goalkeeper Sean Boyle was named Best Goalkeeper at the World Cup.

The tightly contested match saw the USA and Brazil locked in on preventing dangerous opportunities, with emphasis put on pressuring high once the other won possession. The South American’s had the first real threat after twenty minutes when Cesar Batista de Aguiar got in close and ripped a shot that somehow Boyle kept out of goal with a diving save to his right.

The breakthrough came with minutes left in the opening half. Brazil’s Heitor Ramires Camposano sent a cross in from the left that Boyle went low to cut off, but Angelo dos Santos Mota lunged forward and got his toe on the ball to push it past Boyle for the opening goal.

With Brazil making it difficult to attack down the center, the USA adjusted and started creating chances down the wings for much of the second half. Cameron DeLillo and Ben Lindau each had half-chances down the left, and Adam Ballou’s free kick from beyond the left side of the penalty area was parried out by Brazilian goalkeeper Moacir da Silva Matos.

However Brazil was able to double the lead after Lindau was called for a tripping foul inside the box, and Evandro de Oliveira Gomes put away the penalty kick.

The match was then paused with minutes remaining when Brazilian defender Joao Batista de Araujo was injured after colliding with a teammate and was taken away by ambulance. Play resumed after a 45 minute delay.

However despited going down a man after Ubirajara da Silva Magalhaes’s red card in stoppage time, Brazil kept the U.S. from mounting another threat to close out the match. 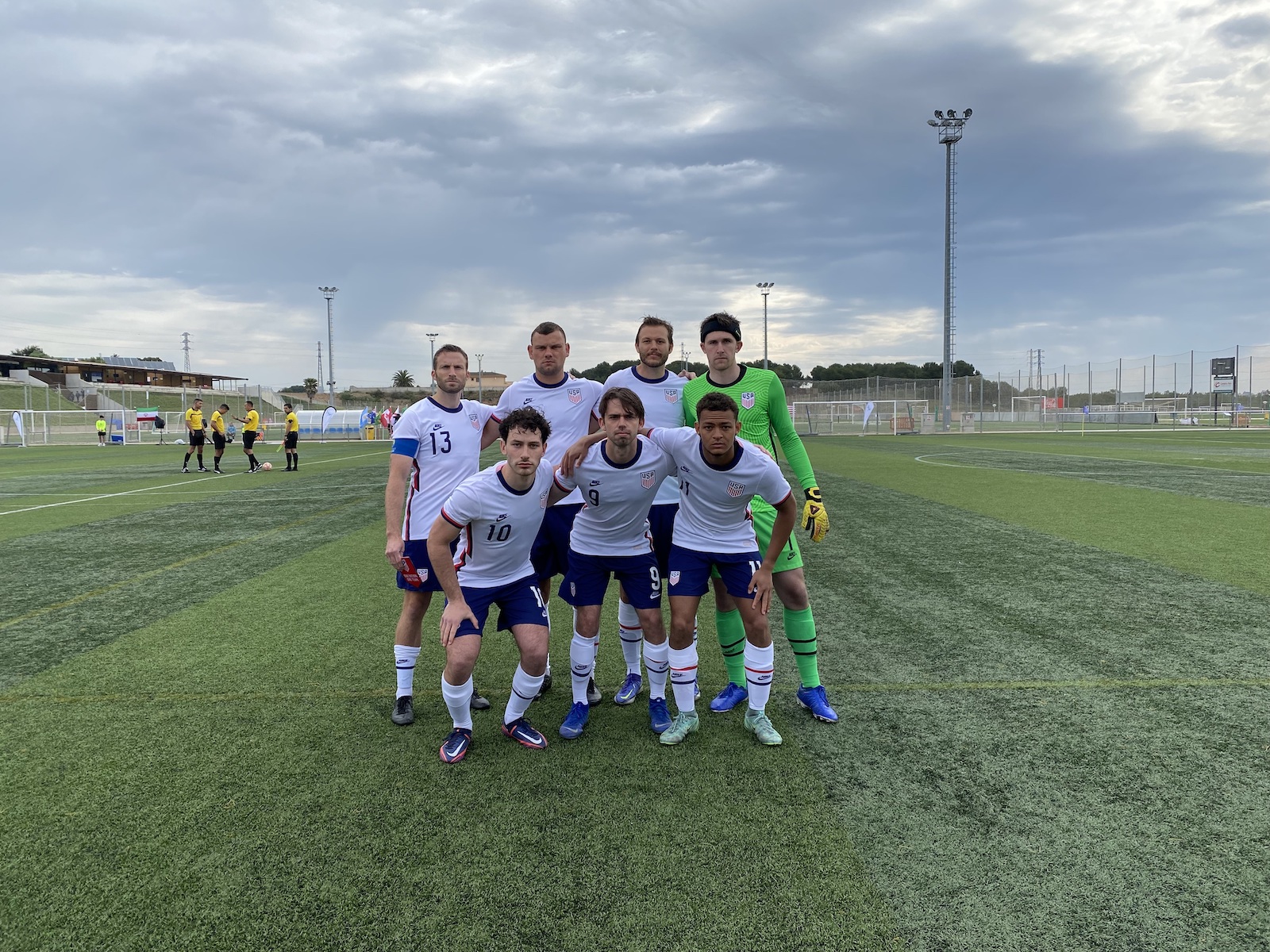