Jesslyn Kuhnel Scores Twice in Second Half and Overtime to Pace U.S .to Hard Fought 4-2 Triumph Over Strong Australia Squad in World Cup Championship Match in Salou, Spain
May 17 2022
On the Pitch

SALOU, Spain (May 17, 2022) – The U.S. Para Women’s National Team overcame a 1-0 halftime deficit to Australia to score twice in the second half and twice in overtime to win the inaugural 2022 IFCPF World Cup for women. The U.S. finished the tournament with a 4-0-1 record in five games and despite outscoring their opponents 39-3 overall, the team’s final three matches of the competitions were all tightly contested matches.

“It took a full effort from all 10 players on the roster to get us to the end,” said victorious U.S. head coach Tricia Taliaferro after the game. “I’m extremely happy for all of our players and staff and appreciate what everyone had to put into it to be World Champions.”

With the team down 1-0 a the half (and with Australia outshooting the U.S. 9-6), Taliaferro made two changes, bringing on defender Annie Wickett (Frederick, Md.). The former University of Connecticut defender made an immediate impact, scoring just two minutes into the half with an angled, one-touch strike after a perfect length of the field pass from goalkeeper Emily Lauritsen (Omaha).

Lauritsen was outstanding in the game, making 7 saves on 11 Australian shots during her time in the net, including two of the spectacular variety that denied clear goal-scoring chances. One of those saves came in the first half during a scoreless game, as she reached backward to snare a ball on the ground that was headed for goal. Her other huge save came in the second half after the U.S. had taken the lead, when she dove to her right to fully extend and push a shot wide of the net.

Just two minutes after that opening goal for the U.S., 17-year-old forward Jesslyn Kuhnel of Panama City, Fla., scored one of the best goals of the tournament to give the USA the lead, thundering a shot with equal parts placement and power into the upper right corner of the goal past standout Australian goalkeeper Katelyn Smith (the goalkeeper of the tournament).

With the U.S. in the lead and time ticking down, Lauritsen left the game for defender Joey Martin (Smyrna, Ga.) and Wicket moved into goal. Australia tied the match not long after on a long-range shot from Smith that Wickett secured, but not before being ruled to have crossed the line.

In overtime (which was played as two eight-minute halves), it was down to Kuhnel again, this time slotting home from close range after Martin had fed the ball into the area from the flank. The U.S. defense then locked down the game with Catarina Guimarães (Cranford, N.J.) and Michelle Cross (San Diego) leading the way. The tandem are the only two players who started every game for the U.S. Cross ended up also being the only player to play every minute of the competition, and Guimarães earned tournament MVP honors for her efforts. 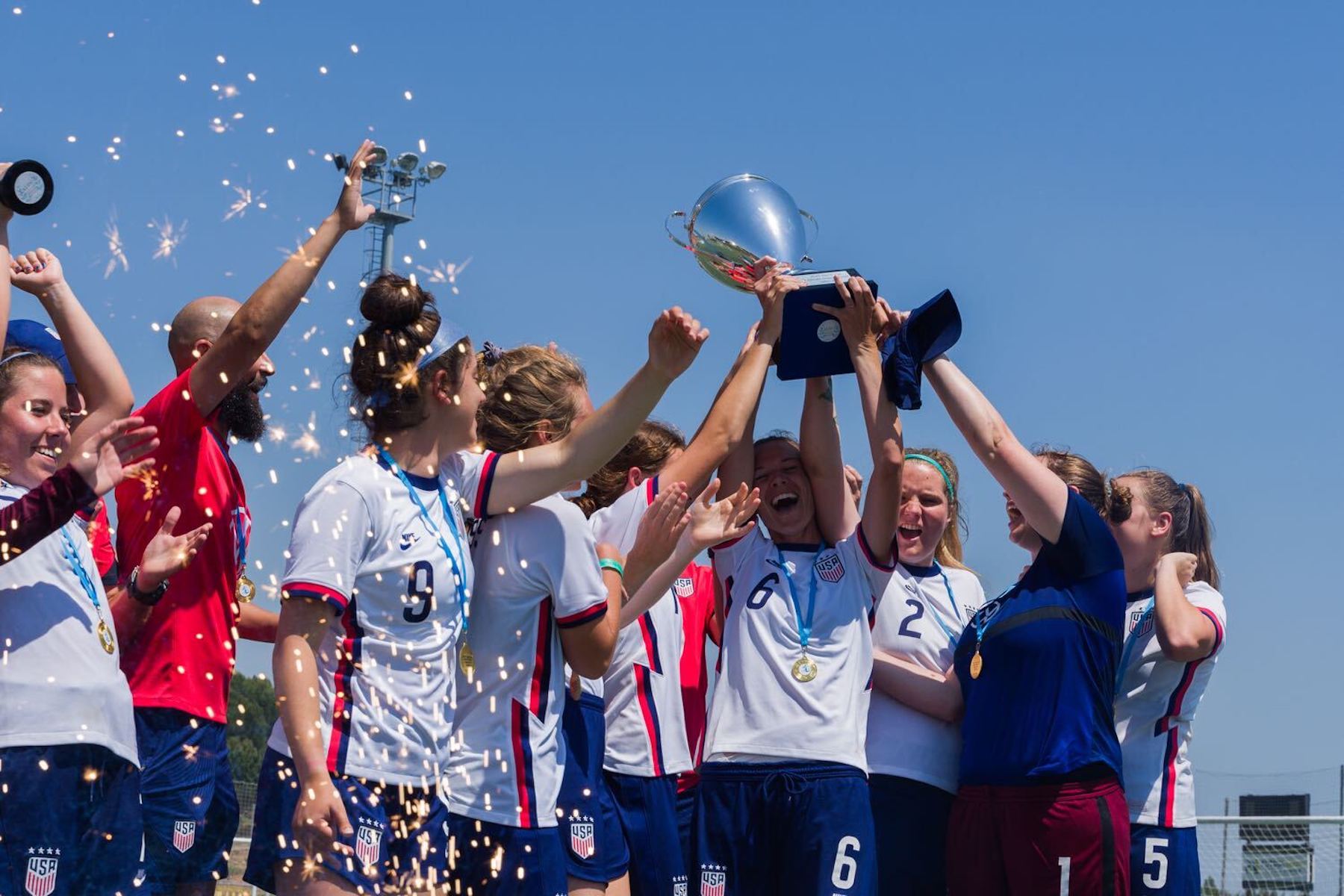