Orlando City’s coach is optimistic heading into the Open Cup Semifinal against New York Red Bulls – as he hunts his second tournament trophy since winning it with FC Dallas in 2016.
Michael LewisJuly 23 2022
Open Cup

When FC Dallas won the Lamar Hunt U.S. Open Cup six years ago, then head coach Oscar Pareja called it "a night I won't ever forget."

And it was – for so many reasons. After all, it's not every day – or year for that matter – that you have the opportunity to celebrate winning a coveted national championship.

From the Wall to Church Street and everything in between, we need you to bring the noise on Wednesday 🗣️

Now as the head man at Orlando City SC, Pareja wants to relive that crowning moment and usher in a massive achievement for his current Major League Soccer team as they vie for their first-ever trophy.

It's time to give something back, according to the coach.

"Orlando has been fantastic for us as coaches, the community, the fans, people who have been engaged with the club.” said Pareja, the Colombia-born former MLS midfielder. “It's a young club, but there's a lot of passion. To help them to go to the Final, it would be another fantastic moment for me."

And for the Orlando City supporters as well.

Pareja hopes the Exploria Stadium, which hosted the 2019 Semifinal against eventual-champions Atlanta United, will be filled to the brim with the Lions' faithful for Wednesday night's Open Cup Semi against the New York Red Bulls at 7:30 p.m. ET (LIVE on ESPN+).

"They will be very important," Pareja said. "We play for them. All these people have been very loyal to us. They are very supportive in spite of anything. They are always providing this energy. They are some of the most passionate people that I have met in Major League Soccer.

“We're so eager that we can give them this joy,” he insisted. “So we're going to fight for those fans."

Being a pragmatist, Pareja isn't counting any of his proverbial chickens before they hatch. He knows that his Lions must win two more matches before he can reach that goal of lifting another Open Cup. 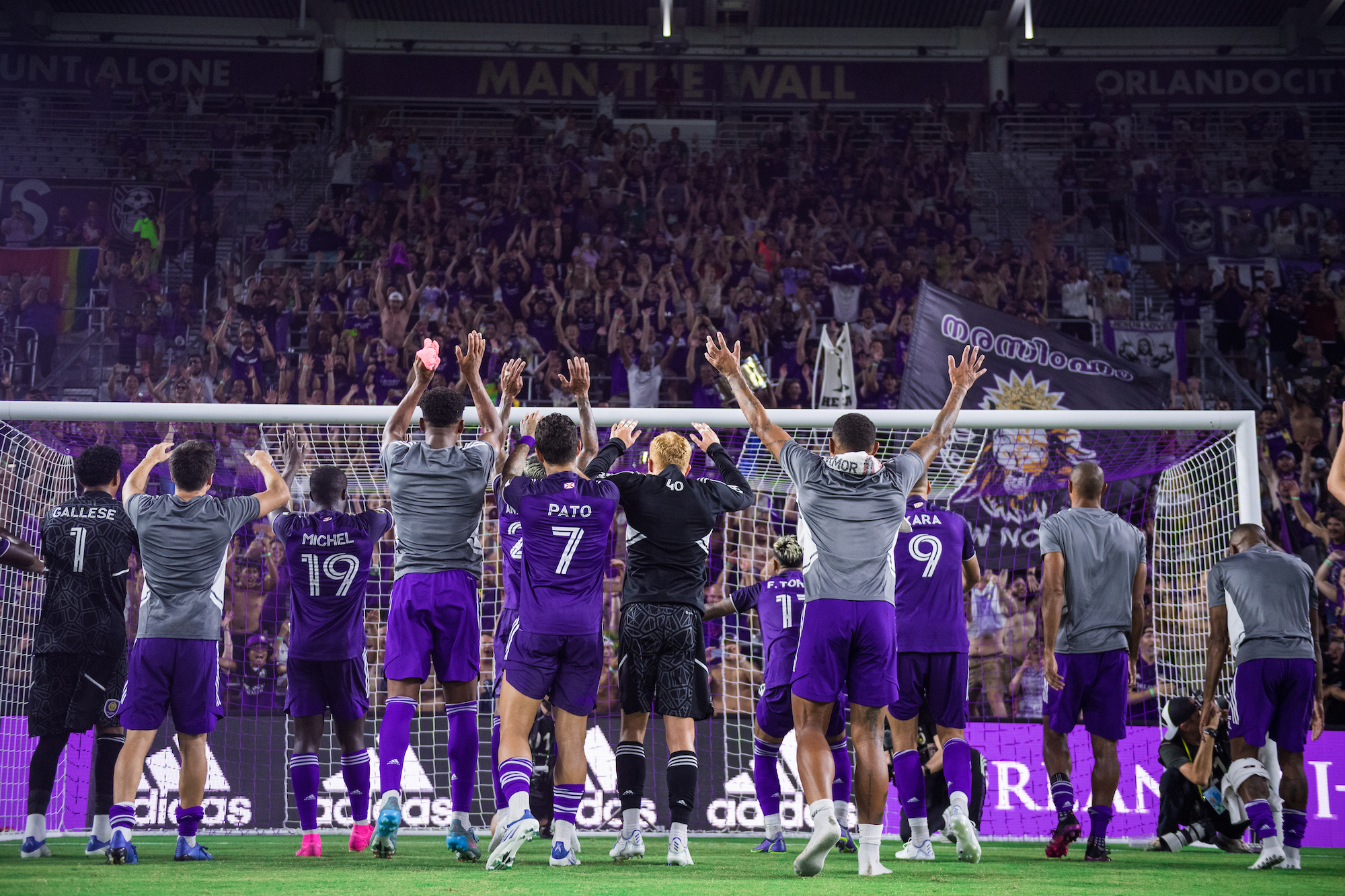 The winner of that game will meet the survivor of the other Semifinal between USL Championship underdogs Sacramento Republic FC and four-time champions Sporting Kansas City, who play later on Wednesday at 10:30 pm ET (LIVE on ESPN+).

The Open Cup Final will be held on September 6-7 or 13-14 at a venue to be determined (and based on results of these Last Four games).

Needless to say, Pareja is heading into the Semifinals in optimistic mood.

“There is no time to doubt here,” he said. “This is a Semifinal. It’s time for bringing all the tools in. We will be prepared.”

Orlando City entered MLS as an expansion team in 2015 and are now in position to secure a first title of any kind. Of course, Pareja knows that championship feeling already – and he would love to share with the Central Florida soccer community.

Under Pareja’s tutelage, FC Dallas enjoyed a magical 2016 season, winning the MLS Supporters’ Shield and the Open Cup both. The Texas side defeated the New England Revolution in the Final at Toyota, Stadium in September of 2016. Maximiliano Urruti’s brace and tallies by Matt Hedges and Mauro Diaz countered two goals by the Revs’ Juan Agudelo.

“What I can remember most is the importance of what they put on that trophy for FC Dallas,” Pareja said. “I think the club after many years was eager to [win] the Open Cup ... and what it meant for the club, especially because we had some new youngsters that were coming through the academy, and we wanted to make that project solid. It meant a lot.

“It was a fantastic team we had as well,” the coach added about his Cup-winning Dallas side of 2016. “It was an important trophy for Dallas and gave some legacy there.“

Asked about his most memorable moment, Pareja doesn’t hesitate.

It’s being with his family to celebrate the achievement: “especially my son [because] he played soccer, too. We went around the field with the fans to see that explosion of joy. We shared it with ownership Dan and Clark [Hunt, FC Dallas co-owner]. One of the objectives was to win something for the city.“

Asked what he brings with him from 2016 to this year’s competition, the 53-year-old head coach said one should not look too far ahead and concerns himself only about the present.

“I will say just take every game at a time,” he said, adding his team must traverse a busy summer fixture list with league, Cup and international friendly matches clogging the schedule. Last week Orlando City dropped a 3-1 result to Arsenal (of the English Premier League) in a friendly. “I learned that from that busy schedule, also in 2016, when we achieved many things and we won trophies.“

Pareja later added: “The professionalism of the players has been excellent. We are trying to match the next game as it comes. Right now, it is the Open Cup Semifinal. That’s the priority.“

In league play, the Lions have been on a rollercoaster this year. They began the season with a 7-5-3 record but have stumbled in their last seven matches (winning just once while being outscored 10-5).

“There have been ups and downs in the season, for sure,” Pareja admitted. “Still, I think we are in a qualification spot for the playoffs (MLS). And that’s not an easy thing to be part of. 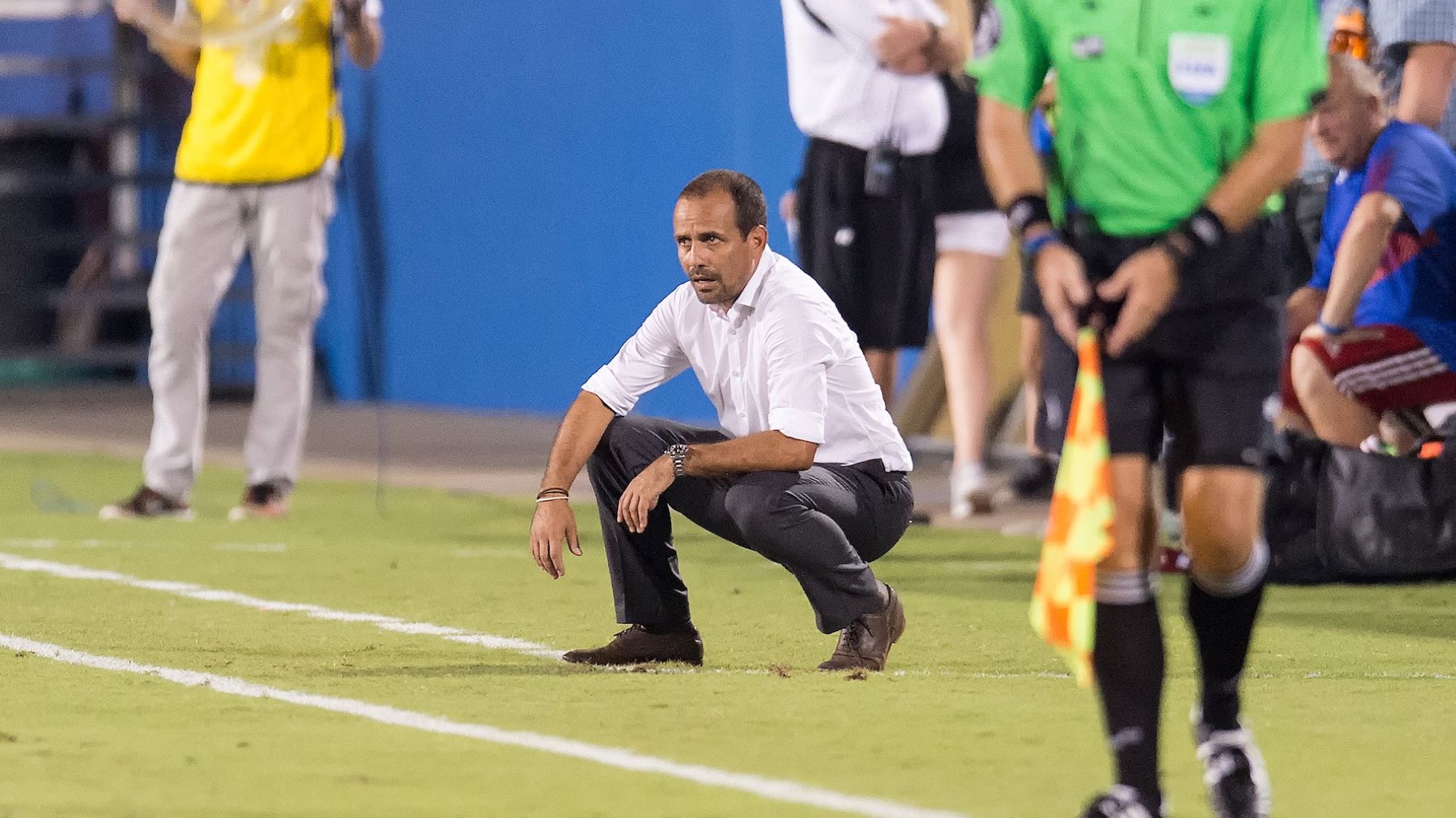 "We're in the Semifinals in the Open Cup,” he added. “It is another option we pursued from the first month of training. These many games in a short period is probably the biggest challenge that we have at the moment."

Orlando City SC started their 2022 Open Cup journey with a 2-1 home win over the Tampa Bay Rowdies (USL Championship) in the Third Round on April 20. The Lions continued with a 2-1 home triumph over MLS-mates the Philadelphia Union in the Fourth Round in May.

Then came a couple of extremely close encounters that needed shootouts to settle the result. Orlando City got past Inter Miami CF at Exploria in the Round of 16 on May 26 (a 4-2 shootout win after playing to a 1-1 draw after extra-time) and with another tie-breaker victory over Nashville SC (6-5 after a 1-1 draw) in the Quarterfinals on June 29.

Gallese on Song in Goal

Goalkeepers Mason Stajduhar and Pedro Gallese, a Peruvian international, stood out in both shootout wins. Stajduhar saved one penalty kick against Miami. Gallese denied Eric Miller on what turned out to be the decisive kick after the Nashville game.

"It's great to have a keeper with that experience," Pareja said about Gallese. "With Pedro we feel that we have one of the best, if not the best, keeper in the league. Hopefully, we don't need him [in a shootout in the Semi] and hopefully we can just resolve the game before, for sure, but having Pedro always is great."

Anchoring the backline in front of Gallese is Swedish center-back Robin Jansson, who last weekend became the first Lions player to pass 10,000 minutes since he joined the team in 2019.

"One of the best center-backs I have coached in my life or in my career," added Pareja. "I think the commitment that Robin has for the team and his teammates is incredible. I don't remember many games where he has not been part of here in Orlando. His professionalism is a good example for our academy players. Always with energy. We love him and I respect him a lot."

Pareja would love to take a victory lap or two along with Gallese, Jansson and the rest of their teammates. But first things first – as the coach himself is the first to admit. Orlando City need two more Open Cup wins to make a night the Lions and Orlando will never forget.