TAMPA, Florida (August 5, 2022) – The U.S. Under-15 Women’s Youth National Team defeated the Dominican Republic, 6-0, in the semifinal of the 2022 Concacaf U-15 Girls’ Championship as midfielders Kennedy Fuller and Ashlyn Puerta each bagged braces.

The victory sends the USA into the tournament championship game against Canada on Sunday, Aug. 7. Canada beat Mexico in a penalty kick shootout after a 0-0 draw in the other semifinal. The USA defeated Canada, 1-0, in the final group match for both teams. All matches are being broadcast on Concacaf.com and on the Concacaf App.

The USA has outscored its four opponents by a 30-0 margin thus far.

The USA outshot the Dominicans 16-0 but didn’t score until the 17th minute when defender Alexis Coughlin received the ball near midfield and served a flighted pass over the back line to midfielder Kimmi Ascanio, who brought the ball down well before finishing for her fourth goal of the tournament.

The USA doubled the lead two minutes later after forward Ayva Jordan turned the corner from the wing and drove into the penalty box before playing a pass to forward Abby Ballek who flicked the ball to Puerta for her finish inside the six-yard box.

Ballek scored one of her own in the 29th minute after defender Jordyn Hardeman played a long diagonal ball to forward Ava Harrison who broke the defensive line with her first touch and crossed it inside the six-yard box. Ballek then knocked it home first-time for her sixth goal of the tournament.

The USA made it 4-0 just before halftime in the 70-minute match as Ballek turned her defender at the top of the penalty box and dribbled to the endline. She then slotted a pass back to the penalty for Puerta’s one-time finish and her second of the game. The score gave her four goals for the tournament.

The two goals gave Fuller a team-leading eight for the tournament.

This year marks the fourth Concacaf tournament for this age group. The U.S. has won both Concacaf Girls’ U-15 Championships in which it has participated (2016 and 2018).

The 2022 Concacaf Women’s U-15 Championship is the largest ever, featuring 32 teams (31 Concacaf nations and one invited guest in Wales) and is split into three leagues. The leagues were divided based on the Concacaf Women’s Under-17 ranking, with the top seven teams plus the guest team in League A, the next 12 best teams in League B and the remaining teams in League C. Within each league, teams are drawn into groups of four. In the USA’s League A, the top two teams in each group will advance to the semifinals. 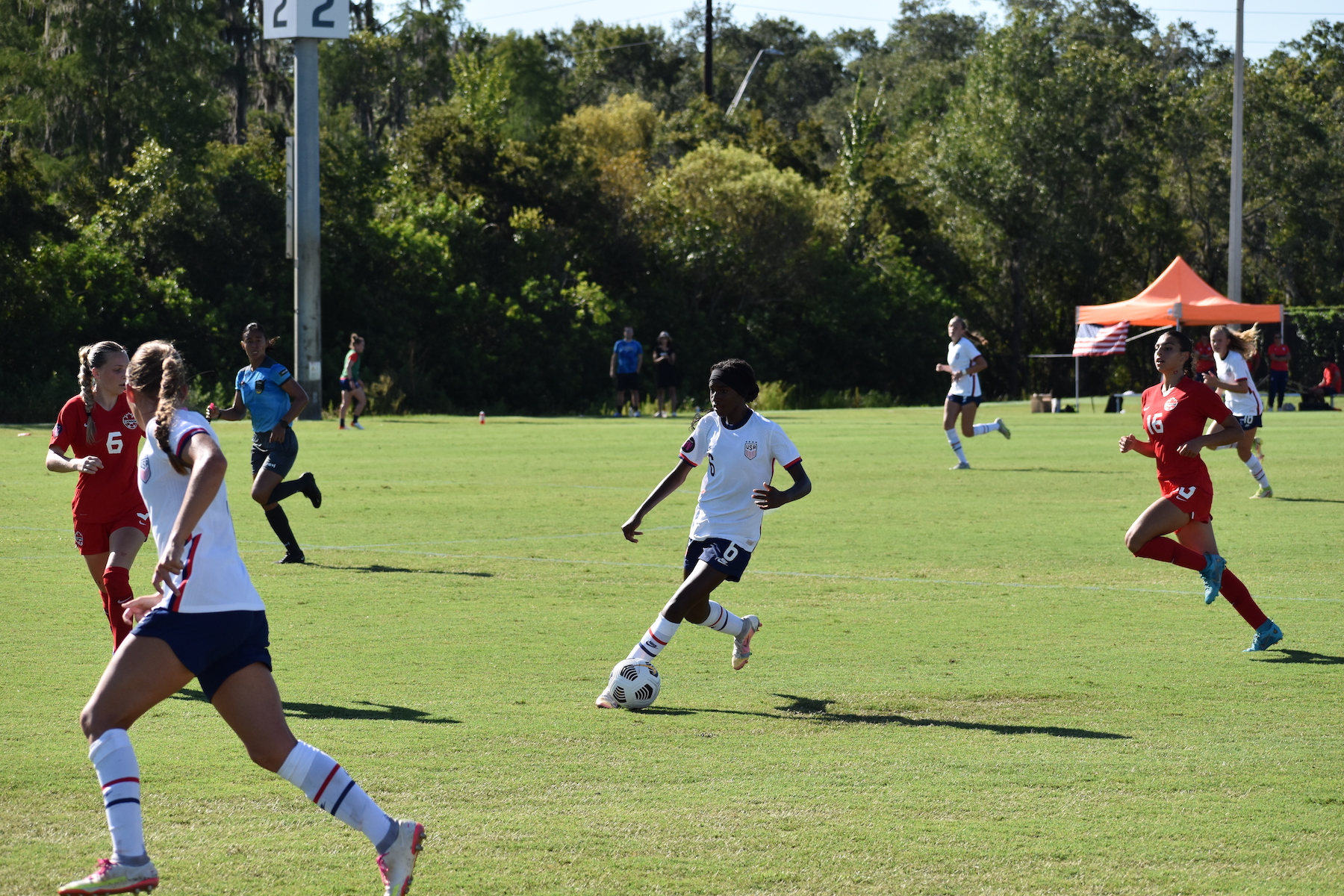