High school teacher Herminio Furtado has found the secret to turning a collection of highly talented players with roots in Cape Verde into one of the Bay State’s top amateur teams.
Frank Dell’ApaSeptember 30 2022
Open Cup

In the 1990s, when Herminio Furtado grew up in Brockton, Massachusetts, the local Cape Verdean community was producing professional players such as Paulo Dos Santos and Jair (both then of the New England Revolution), Almir Barbosa (Kristianstad FC) and Narciso Fernandes (Sporting Kansas City).

In the decades since, players of Cape Verdean descent continued to impress on the soccer fields of New England. But their entry to the professional ranks slowed to a trickle. So Furtado decided to do something about it. He took matters into his own hands as head coach of the Brockton High School Boxers and, later, Brockton United FC.

It is final! Brockton wins the 2019-2020 state Amateur Cup final. They will get 1 of the 2 Massachusetts bids into the 2021 US Amateur Cup regionals next spring. Congratulations, Brockton FC United. pic.twitter.com/ATmzWclAo3

“That was my inspiration when I started coaching at the high school,” Furtado told usopencup.com. “To change the whole culture.”

In only his second year at the high school, Furtado guided Brockton to the 2017 Massachusetts Interscholastic Athletic Association Division 1 title. It was the school’s first championship.

“We needed a group of guys that were going to be trailblazers,” said Furtado, now president of club side Brockton United. “The 2017 high school team was the first step in the right direction to build a team. Before we had individuals. But in 2017 we became a team, a very strong team that knew how to win, how to be disciplined, to go through adversity without breaking down. 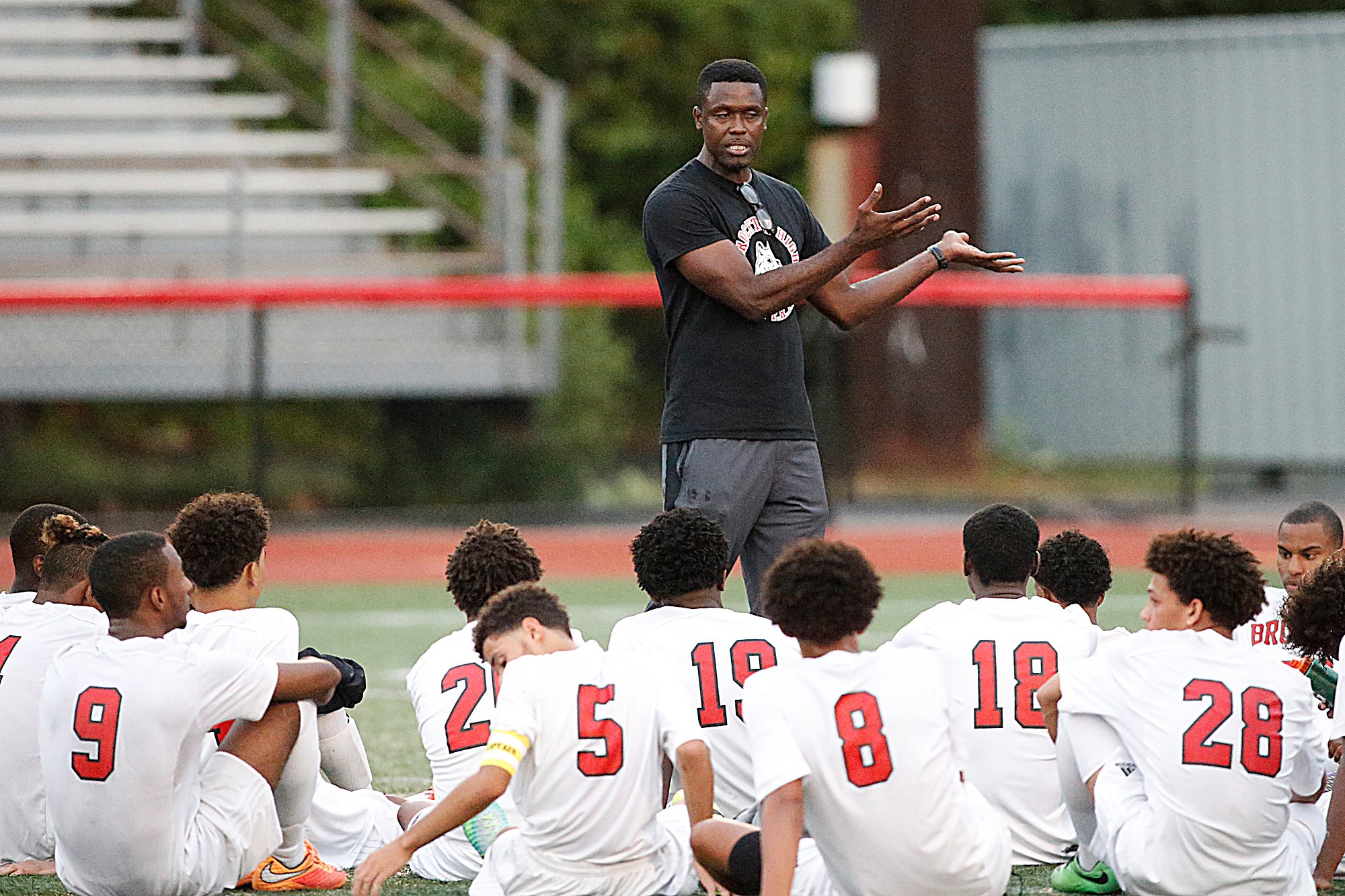 “That set the stage for all that happened,” added Furtado.

Harnessing the talent of youngsters with flashy one-on-one ability, many of them recent immigrants, was challenging at first for Furtado.

No Instant Results in Brockton

“[It was] Definitely not something that happened overnight,” said Furtado. “Looking from afar before I became coach, I saw the same pattern of behavior we had back in my days in high school: guys not taking responsibility, not playing for each other. [These are] All things you can teach. It’s not automatic but it’s part of coaching. It wasn’t easy at the beginning.

“But you create a culture and when everyone comes to play for the team you have that culture,” the coach went on from his home in the diverse city of Brockton, with a population of a little over 100,000 residents in the heart of Massachusetts’ Plymouth County. “Guys now understand that they have the same passion, the same dream, and they need each other to get to the next level.

“The best thing you can do is make others on the team better,” he added.

Furtado, who saw repeated examples of his players acting up with referees, viewed it as a teaching opportunity. 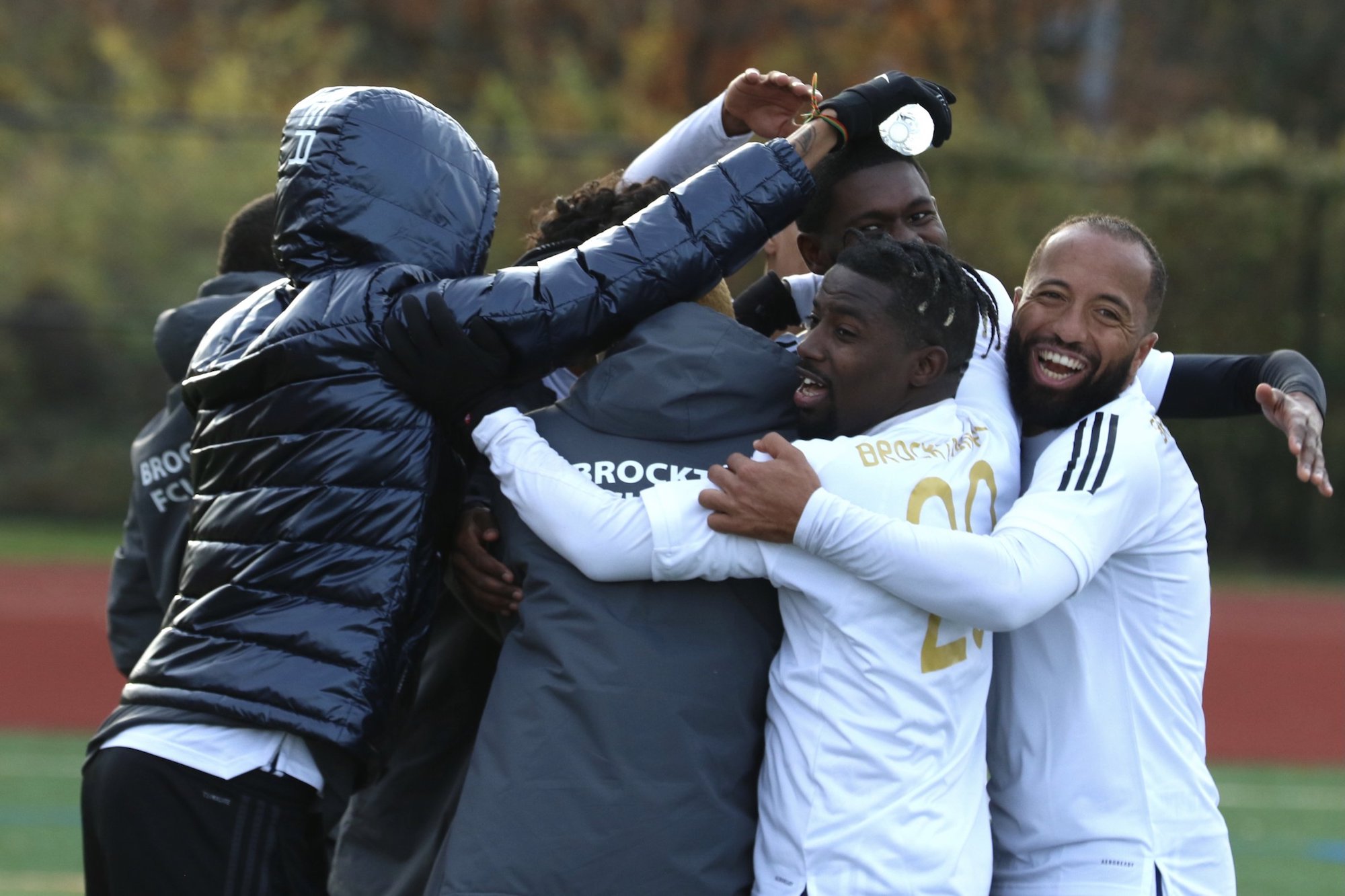 “The relationship between player and referee, you can’t let it become a distraction, so you’re focused on winning. Referees are not there to screw you up,” he said with a laugh. “The referee can be your No1 fan. So you need to resist [getting] frustrated over calls you don’t like.

“Over time, referees will respect you for your perseverance and how you treat your teammates and the opposition,” the club president said.

Furtado, a history teacher at the high school, has a knack for imparting life lessons to his players.

“The relationship with the referee was the same for our kids [as] with policemen,” said Furtado, born in Praia, Cape Verde, but proud of his adoptive Brockton – which ranks among Massachusetts’ cities with the highest crime rates. “If you get pulled over, do you assume somebody is out to get you? If the referee blows the whistle, what are you going to do? The perception was everyone was out to get us. Regardless if it was true, it was irrelevant. If you want to win, you need the referee on your side. Referees are a proud kind of people. They want to be respected. If a police officer stops you, they don’t want attitude.

“What we teach on the soccer field [applies] when you step off the field,” continued Furtado.

Brockton United, in their sixth season as a club, have attracted players from very different walks of life.

“A lot are in their mid-20s, some were college players and some didn’t go to college,” Furtado said. “We have two police officers on the team. Our players are getting a foothold on a career and doing well in their personal lives. Players who are not doing well, socially, are focused when they’re with us. They say, ‘When I’m with the team I don’t get in trouble.’ If it wasn’t for Brockton FC, he’d probably be in jail.”

The Republic of Cabo Verde, an archipelago of nine inhabited volcanic islands off the West African Coast, began sending emigrants to Massachusetts as part of the whaling industry as early as the late 1700s.

Cape Verdeans have since developed a strong presence in the larger New England region, while maintaining cultural ties to their homeland through music and sport. And the No1 sport, without rival, is soccer, which, for Cape Verdeans, combines individual industry and a bit of showmanship. 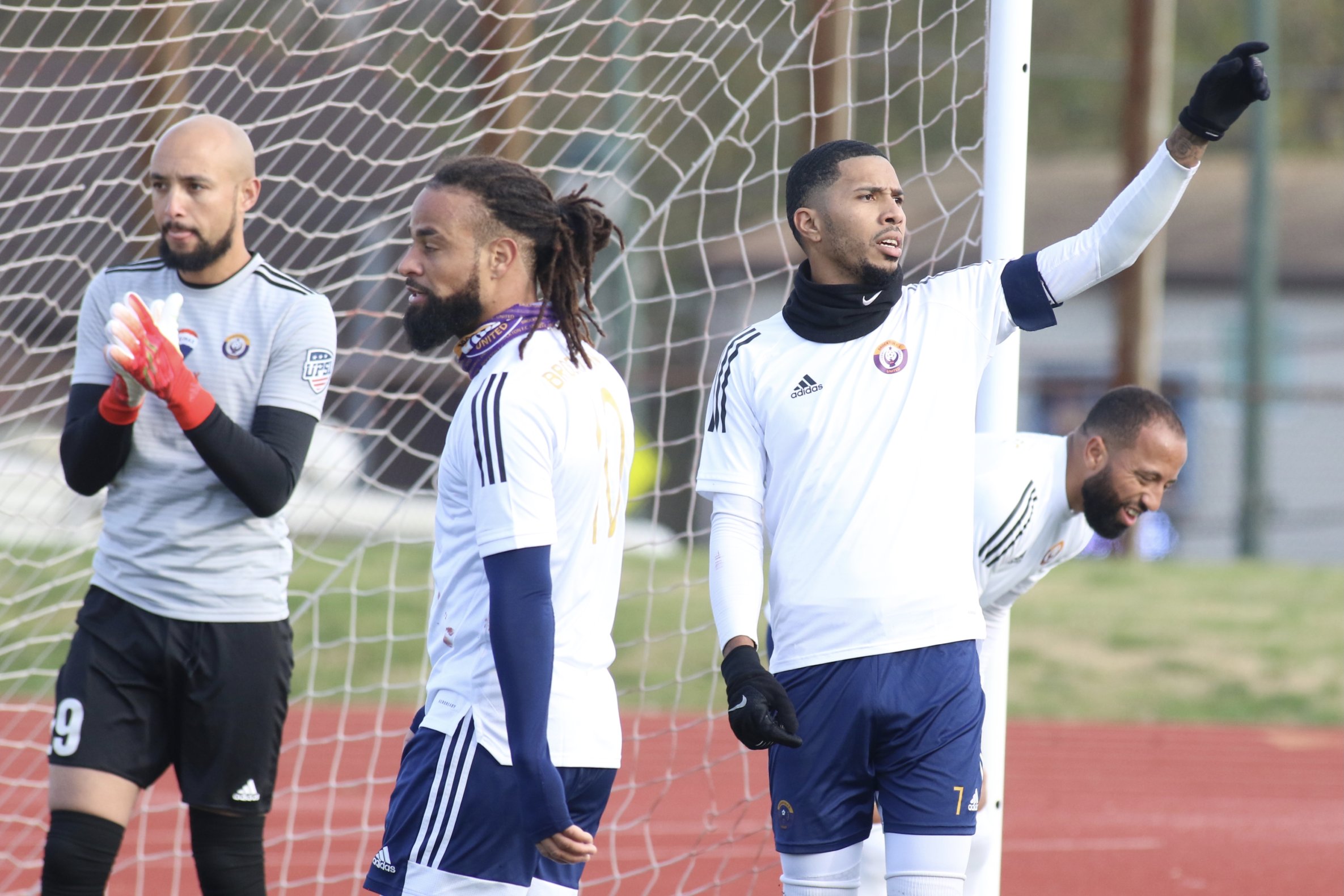 Pragmatism sometimes takes a backseat to displays of spontaneous trickery. Further complicating Furtado’s task, there are rivalries between the islands that comprise Cape Verde.

“Cape Verdeans like to have the ball; we’re not happy people without the ball at our feet,” Furtado said with a smile. “Developing a possession-based game was key to fixing our problems. When I played, the worst instances of behavior arose when we lost possession. There’s a moment when you start finding someone to blame and lose focus [instead of] tracking back and playing defense.”

“When we lose the ball we need to chase it and win it back,” said Furtado, with a keen focus on making a fist of a team of his Brockton United side – who reached the Semifinals of last year’s National Amateur Cup. “They [the current players] bought into that and they’re working hard.”

There’s also a demanding fan base to contend with. Cape Verdeans are confident of their ability to compete with the best and, despite being Africa’s smallest country (with a population of only 500,000), they’ve qualified for three Africa Cup of Nations tournaments since 2013.

“We get criticized for a useless backward pass that’s going nowhere, but they don’t understand that’s when we’re happy – keeping the ball,” Furtado insisted.

The current Brockton United team is built on a foundation of players who competed for Furtado’s first high school teams. Rilton Carvalho and Leo Teixeira – plus Ricky Erickson, Dario Monteiro and Nilton Teixeira – are all standouts in this 2022 outfit.

“They all played against each other in local leagues and the challenge we had was to get them to commit to one team,” said Furtado as his club takes aim at a second straight appearance in the Open Cup with a Second Round Qualifying test against Boston Street FC. “Doing this elevates all of them.”

Frank Dell’Apa can be reached at frankdellapa@gmail.com and @frankdellapa on Twitter. He writes about soccer regularly for @bostonglobe.com and NewEnglandsoccerjournal.com .