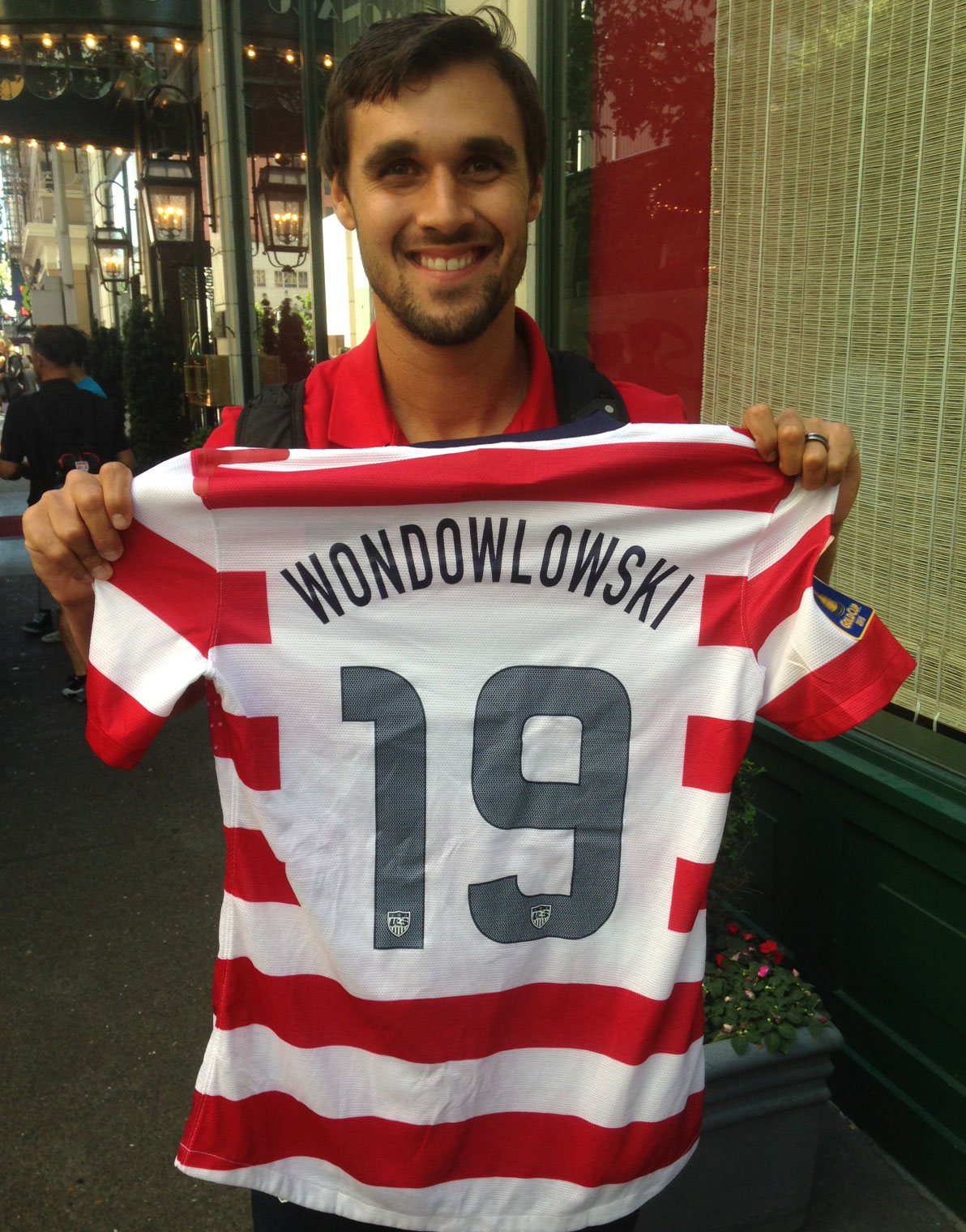 Wondowlowski’s impact was felt almost immediately against the Central American side, knocking home a close-range rebound off a Joe Corona header in the 12th minute.

The new guy would bag his second in the 37th minute, using a diving header to re-direct a cross from Kyle Beckerman to give the U.S. a 2-0 lead.

Though Ian Gaynair would pull a goal back for Belize  in the 40th, Wondowlowski’s hat trick bid would not be denied as a minute later, he headed home a cross from Michael Parkhurst. The goal saw the U.S. MNT newbie join Landon Donovan and Brian McBride as the third U.S. player to score a hat trick in the Gold Cup.

After halftime, Donovan became the first U.S. MNT player to tally 50 goals and 50 assists with his helper on Stuart Holden’s 58th minute strike, before providing another for Michael Orozco Fiscal in the 72nd minute. Donovan closed out the scoring with a 76th minute penalty kick to give the USA a 6-1 victory to open the 2013 CONCACAF Gold Cup.

Following the match, the U.S. Soccer Federation merged Chris Wondowlowski’s stats with the player records for Chris Wondolowski, who scored his first international goal in the team’s 6-0 warm-up friendly against Guatemala four days prior.

Following up on the team’s 4-1 win against Cuba in the 2005 Gold Cup opener, the U.S. had a tough time cracking the Canada back line as the teams went into the locker room tied 0-0 in Seattle.

The U.S. MNT would break through just after halftime, with a small assist from Canadian defender Atiba Hutchinson, who mistakenly redirected John O’Brien’s chip into the box into the Canadian net for an own goal in the 48th minute.

In stoppage time, Josh Wolff provided a cutting ball to DaMarcus Beasley, who entered the box on the left before crossing for Donovan, who headed home at the back post, giving the U.S. a 2-0 win and assuring advancement to the Knockout Round. 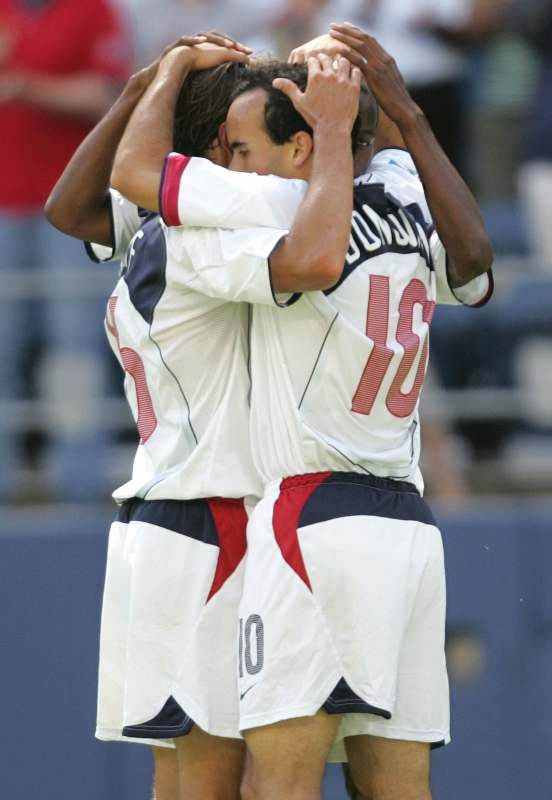 Landon Donovan celebrates with teammates Josh Wolff and DaMarcus Beasley after scoring a late insurance goal against Canada in the 2005 Gold Cup.

The goal was Donovan’s eighth in 12 Gold Cup appearances.