The Long and Winding Road

It’s been a long way back for Tim Ream.

The former Saint Louis University defender found instant success during his first two years of professional soccer with the New York Red Bulls and started to gain a foothold in the mix for the U.S. Men’s National Team following the 2010 FIFA World Cup.

After his second season in New York and carrying six U.S. caps, Ream parlayed an offseason training stint into a full-time transfer to English side Bolton Wanderers in January 2012. He’s largely been a staple on the back line with the club ever since, even winning the side’s Player of the Year award the past two seasons.

Despite success in the English Championship, at times Ream has found caps hard to come by since the transfer. Prior to last summer’s FIFA World Cup, he appeared just once under U.S. boss Jurgen Klinsmann, coming on as a 72nd minute substitute in a 1-0 friendly loss to Ecuador on October 11, 2011.

Since the World Cup, his recently strong play at Bolton has seen Ream earn his way back with the National Team, playing in four of the team’s five friendlies to end 2014. In last week’s Gold Cup match against Haiti, Ream earned his first start in more than four years, partnering with Omar Gonzalez to help the U.S. earn its only clean sheet of the group stage.

“It felt very good,” Ream told ussoccer.com about his return. “After four years and the last start being sort of forgettable in the second game of the 2011 Gold Cup it felt satisfying. It’s always nice to get extended minutes and be able to start a game.” 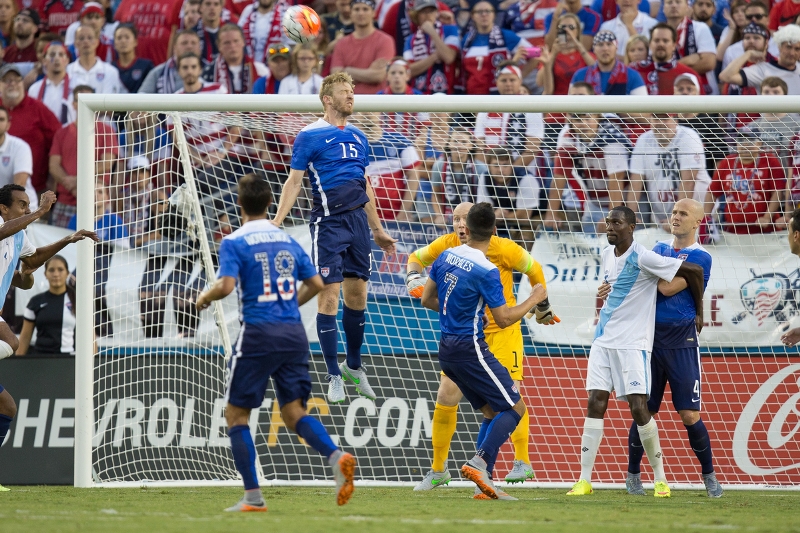 Against Guatemala on July 3, Tim Ream (15) saw his first extended minutes of 2015 with the USMNT, coming on as a second half sub.

Speaking to the difficulty of earning a place during a week-long international date, Ream said he appreciated the extended opportunity that this year’s Gold Cup is providing him to prove himself.

“Being here for the five weeks with this group of guys is fun,” he added. “In the short camps, it’s hard to catch up with guys and get a good feel, but now that we’re all here it’s going well and there’s a bit more consistency.”

With first-choice center back John Brooks suspended for Saturday’s Quarterfinal match against Cuba, Ream has another opportunity to start at center back, with Klinsmann’s replacement choice falling between him, Gonzalez or Ventura Alvarado.

“You’re always looking to get a chance. Whether it’s myself or Omar stepping in against Cuba, we’re going to train the same way we always do and push and compete for that spot. Whether or not I’m starting, I’m going to keep pushing and hopefully my time comes.”

“With the group that’s here, there’s so much competition and everyone is starting for their club team. You can make a case for everyone here playing games and getting starts, but with 23 guys it doesn’t happen that way. You have to come here and push for your spot and embrace the competition with the other guys.”