April 11 2017
The U.S. Women’s National Team jumped back into action in April with two friendlies against Russia, winning both games by a combined score of 9-1. On April 6, the USA triumphed 4-0 in Frisco, Texas and won, 5-1, on April 9 in Houston. The games marked the final matches on U.S. soil for the National Team before it embarks on a European tour this summer when it’s set to face Sweden on June 8 in Gothenburg (1:30 p.m. ET; ESPN2, UDN) and Norway on June 11 (1:15 p.m. ET; FOX) in Sandjeford.


Here we break down the most recent U.S. WNT camp by the numbers:

2000: U.S. WNT head coach Jill Ellis called a pair of very young players into the U.S. camp in Texas. The youngest of the two was Sophia Smith. Her birthday of Aug. 8, 2000 made her the first player to be called into a senior WNT event who was born in the new millennium.

98: Caps earned by Ali Krieger. She earned No. 98 after entering the game against on Russia on April 6, playing the final 45 minutes of the match. Krieger would become the 36th woman in WNT history to reach 100 caps.

97: Number of international goals scored by Carli Lloyd. After netting the first U.S. goal in the 5-1 win against Russia on April 9 via the penalty spot, Lloyd is now only three goals away from becoming the sixth player in WNT history to score 100 or more goals for the USA. 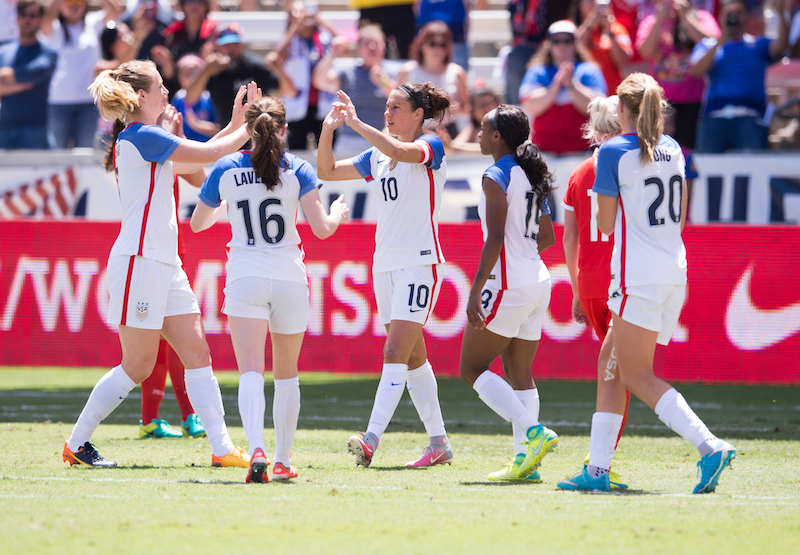 94: Caps earned by Kelley O’Hara. Right behind Krieger in the race to 100 caps is O’Hara, who after two starts against Russia continues to get closer to the century mark.

81: Number of goals the WNT has scored in the state of Texas across 19 all-time games played.

50: Caps earned by Crystal Dunn. Dunn started both matches against Russia to reach 50 caps, the 53rd player in WNT history to achieve that feat.

37: Number of times that Carli Lloyd has captained the WNT in her career.

18: Months elapsed since the last time Amy Rodriguez played a match with the WNT. Before entering the game against Russia on April 6 in the 80th minute, Rodriguez hadn’t seen any action on the field with the USA since Oct. 25, 2015 due to the birth of her second child.

16: Number of players to earn a first cap under Ellis. Rose Lavelle, Megan Oyster and Jane Campbell are the most recent additions, with Oryster and Campbell specifically earning their first cap against Russia. 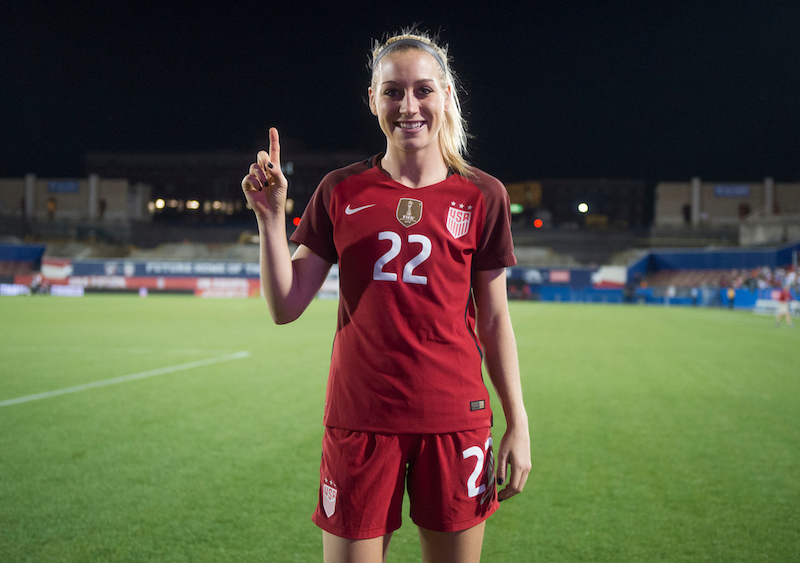 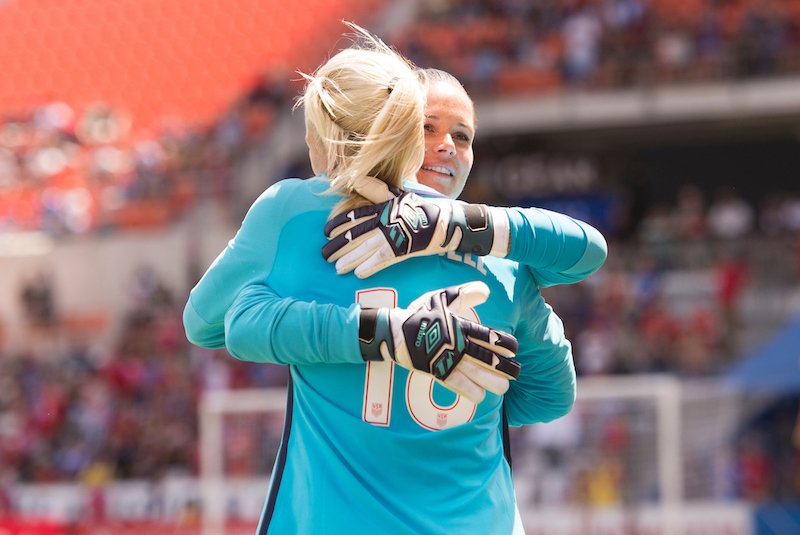 13: Former WNT midfielder Kristine Lilly, the most-capped player in soccer history with 354 caps, attended the April 9 match against Russia with her two girls and spent some time post-game with some of her former teammates. Lilly famously wore No. 13 during her career so it felt appropriate that she would pose with Alex Morgan, the current No. 13. 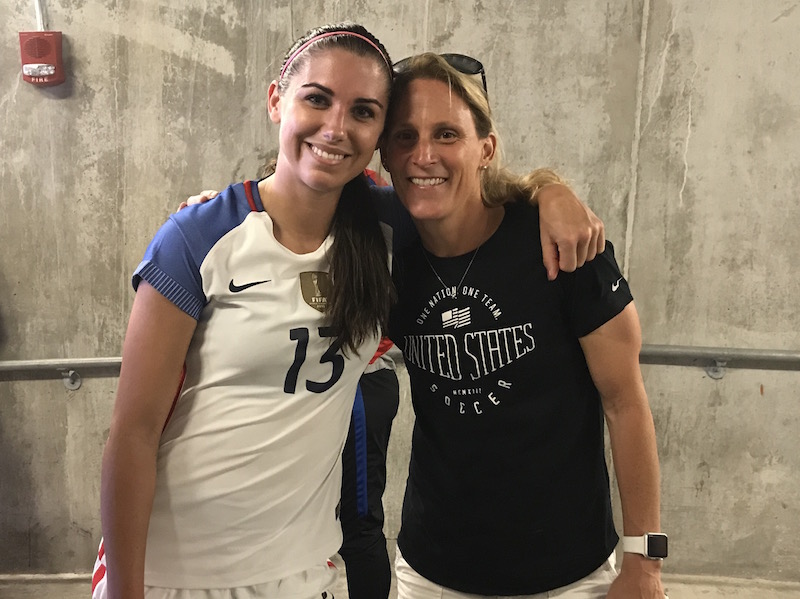 8: Eight starts in eight caps for Casey Short, who has played 90 minutes in seven of those appearances and 45 in the other. She has switched between outside midfield, outside back and center back in those outings.

5: Goals scored by Allie Long in her career, all with her head. She came into 2017 with three and added two more when she netted a brace against Russia on April 6.

4: Goals scored by Crystal Dunn across both games in Texas. She bagged a brace in each match to up her international total to 22 goals.

3: Number of players who have started all five games for the USA so far in 2017. These players are: midfielder Carli Lloyd, midfielder Samantha Mewis and defender Becky Sauerbrunn.

1: Goals from Rose Lavelle. After a couple of spectacular and GIF-able moments on April 6, Rose Lavelle scored her first international goal on April 9 in her fourth cap.

A young 🌹 blossoming before of our eyes!

Watch and enjoy @RoseLavelle's first #USWNT goal. We have a feeling it won't be her last. pic.twitter.com/PoV2Iei60P