IN PHOTOS: Ian Harkes Hoping to Continue in Father's Footsteps with U.S. MNT

Trying to follow in the footsteps of one of U.S. Soccer’s all-time greats is no easy task, but it’s something Ian Harkes has become accustomed to.

The son of former MNT captain John Harkes, Ian is in the midst of his first senior national team camp, trying to establish himself in a player pool that his father was at the epicenter of long before he was even born. 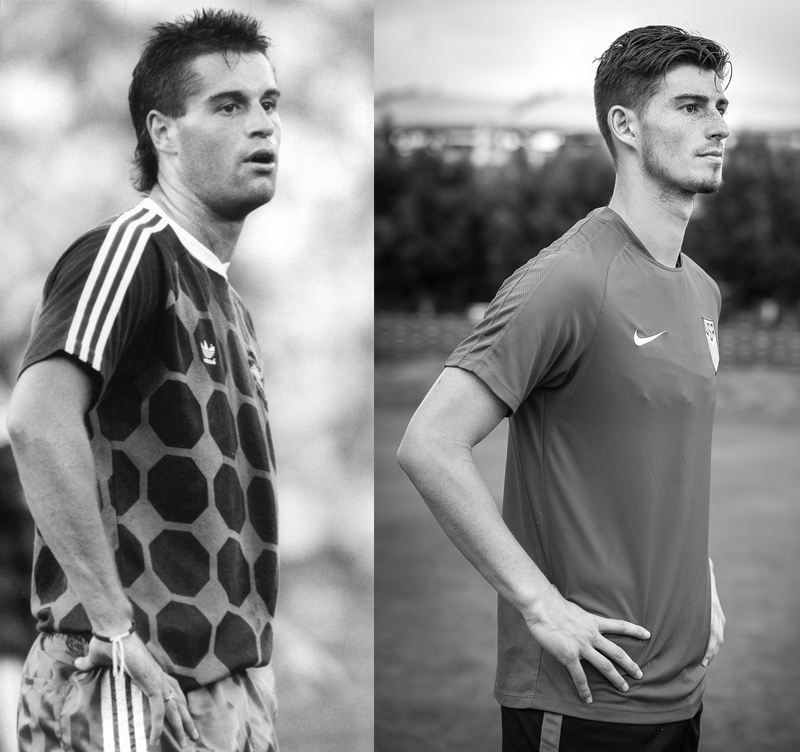 And though he’s only just coming onto the MNT scene, Ian has already taken some of the same steps as his father. Ian’s play for Wake Forest won him the MAC Hermann Trophy as the nation’s best collegiate soccer player in 2016 – John won the same award in 1987. That came right before the younger Harkes signed as a Homegrown player with D.C. United, the club where his father won two MLS Cups during a three-year stay in the nation’s capital. 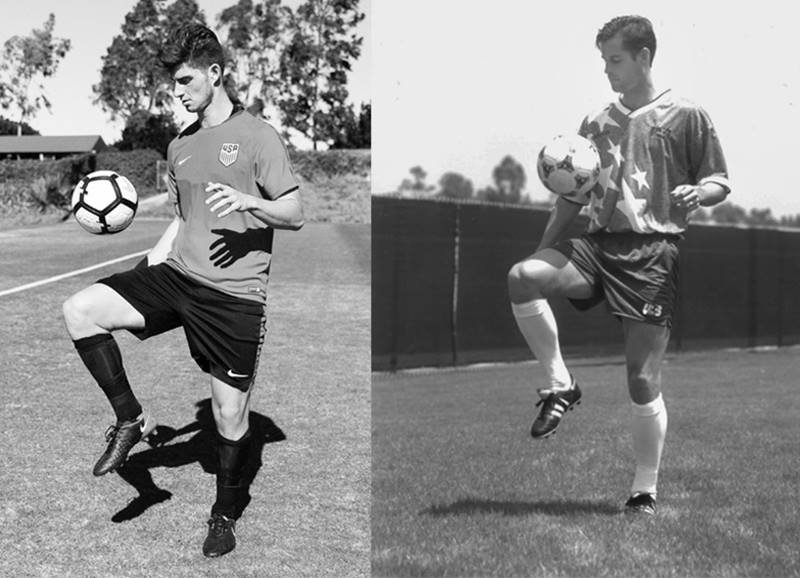 Now coming off his rookie season, Ian is working on carving out his own international career. And while his dad’s international resume is well known – 90 senior team caps and trips to the 1990 and 1994 FIFA World Cups – he’s quick to point out that his mother, Cindi, is also a former U.S. U-19 Women’s National Team player.

“Both my parents were involved in the National Team a little bit, so it’s cool to be in the same setting that they were,” he told ussoccer.com “Obviously it’s not the same. [My dad} did a lot more with his career, so I’m hoping to get to that level eventually. It’s good to be here and start the dream.”

The elder Harkes earned his international debut back in 1987 and had a hairstyle that fit with the times, though Ian describes it as “pretty goofy”. 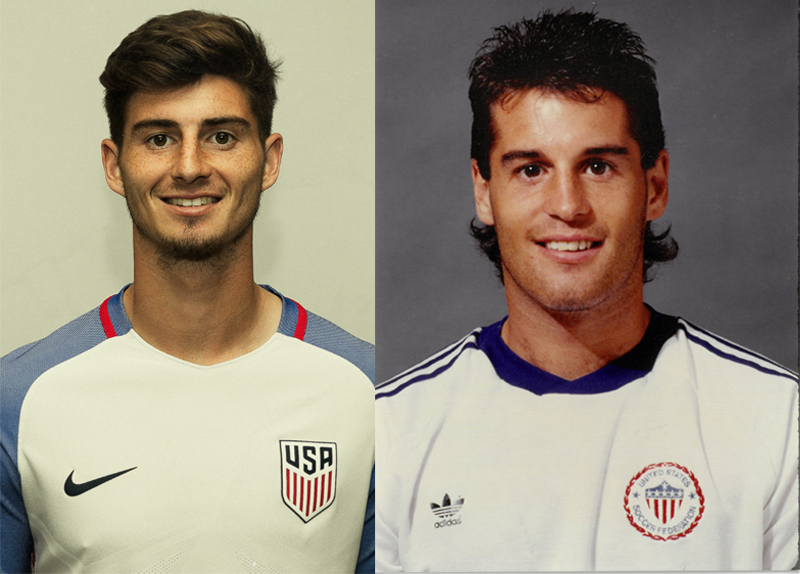 It didn’t take him long to become a fixture in the U.S. lineup, working as a key part of the MNT side that qualified for the 1990 FIFA World Cup – the USA’s first in 40 years. From there, Harkes was one of only six holdovers for the 1994 team.

Playing on home soil, the Kearney, N.J. native was a leader on the U.S. team that tied Switzerland 1-1 before beating tournament favorites Colombia 2-1 to advance out of the Group Stage for the first time since 1930. 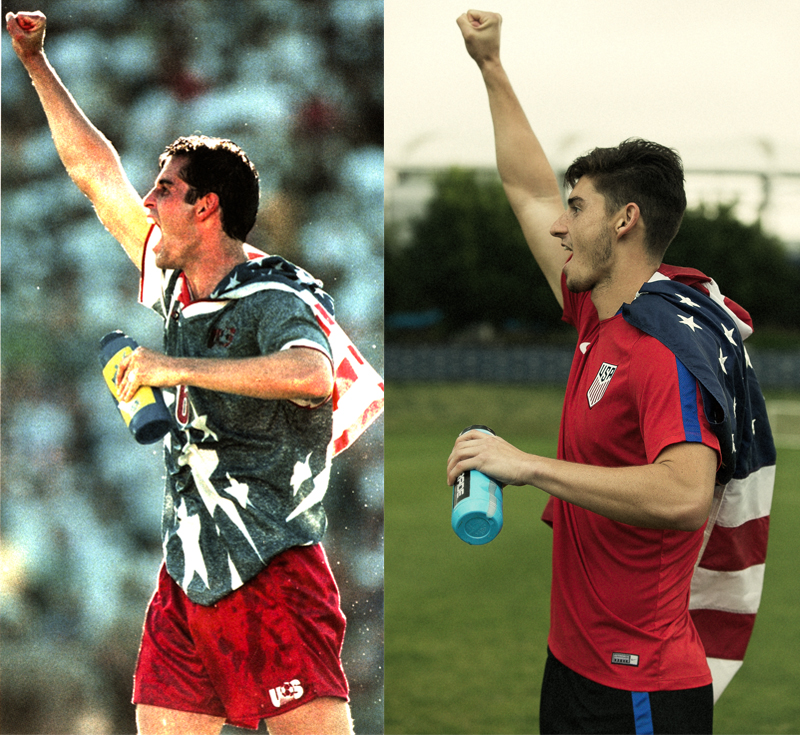 Along with his numerous accomplishments while representing the USA, Harkes’ other legacy comes as a trailblazer for American players in Europe. The winger turned central midfielder buoyed the reputation of U.S. players overseas thanks to successful stints at Sheffield Wednesday, Derby County and West Ham United before returning to the U.S. to start Major League Soccer in 1996.

Ian was actually born during his dad’s time with Derby County, and later trained that team County before officially signing with D.C. United ahead of the 2017 MLS season. 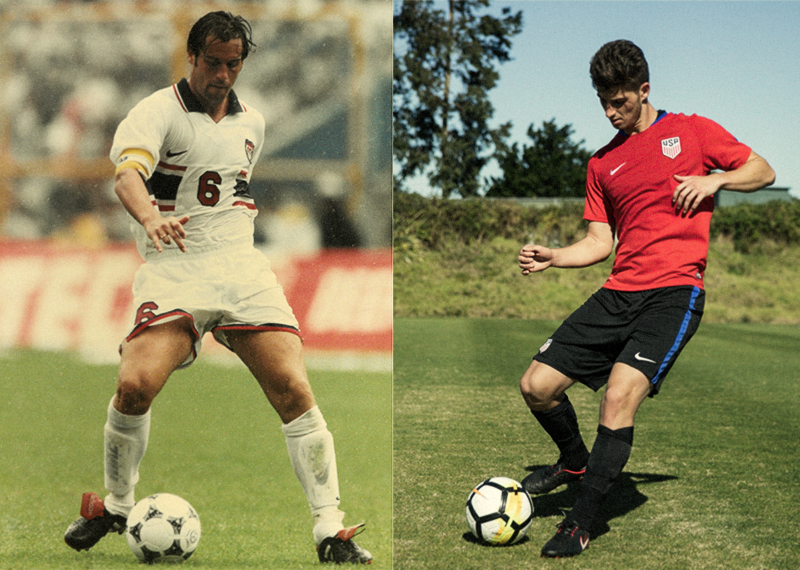 Though he grew up around such an important soccer figure, Ian admits it took a while for him to understand the magnitude of his dad’s accomplishments in the game.

“People brought it up a lot, but I never really got a full grasp of it until later years, playing in high school, seeing what he did and looking back at old clips and everything. He was a real pioneer for our country and for the National Team.”

With the wealth of his own experience, John imparted some simple wisdom as Ian departed for his first MNT camp earlier this month, taking in the hope that he can earn his first senior team appearance in Sunday’s friendly against Bosnia and Herzegovina.

“He just said with this camp to be my own player, don’t worry about playing like anyone else, just go out there and enjoy the experience. That’s what I’m doing.”