Five Things to Know About Paraguay

A youthful roster has gathered for the U.S. Men’s National Team in Cary, N.C. to take on Paraguay. Before the USA faces La Albirroja at Sahlen’s Stadium at WakeMed Soccer Park (7:30 p.m. ET; FS1, UniMas), here are five things you should know about the South American squad.

Paraguay has compiled successes through the years in South America’s ever-competitive confederation, CONMEBOL. While La Albirroja competed in the first FIFA World Cup in 1930, the team enjoyed its greatest international triumphs from the late 1990s to 2011. Strong performances at the continental and global level saw the land-locked nation rise to become one of the region’s top teams.

After an eight-year absence from the World Cup, Paraguay advanced out of its group in both 1998 and 2002. Following a disappointing showing in Germany in 2006, current Atlanta United FC head coach Gerardo “Tata” Martino took the program’s reins as head coach and led the team to the 2010 World Cup quarterfinals, its best performance, and the 2011 Copa America Final, its best showing since 1979.

Paraguay’s history with the MNT goes all the way back to that first FIFA World Cup. In the tournament’s inaugural edition, the teams met in the USA’s final group stage match - a 3-0 victory for the United States propelled by a Bert Patenaude hat trick -  the tournament’s first!

It took almost 70 years for the follow-up fixture, a 1997 scoreless friendly in St. Louis. Since then, the two sides have met five times, including twice in the Copa America, CONMEBOL’s confederation championship. In the 2007 clash, three-time World Cup goalkeeper Kasey Keller earn his final MNT cap, while the 2016 meeting clinched Group A for the USA in its run to the Copa America Centenario semifinal. Overall, the USA is 3-2-2 against La Albirroja all-time and

Paraguay put together a thrilling comeback win on Oct. 5 in its penultimate match. After conceding late to Colombia, La Albirroja rallied to equalize in the 89th minute and win the game two minutes into stoppage time. On the final matchday, Paraguay fell in equally dramatic fashion, giving up a goal in the 84th minute to last-place Venezuela. This month’s friendly is the South Americans’ first match since that defeat.

Like the USA, Paraguay interim head coach Gustavo Morinigo has called in a mix of fresh talent and veteran presence. With 100 caps, midfielder Cristian Riveros is the squad’s most experienced player by far.

Eight of the roster’s 21 players compete domestically. Five are plying their trade with Olimpia, currently at the top of the table in Paraguay’s first division. La Albiroja’s lone U.S.-based player, Miguel Almirón, is a huge talent with MLS side Atlanta United FC. The midfielder scored nine goals and picked up 14 assists during his first season, earning Best XI honors in the process. This season, he’s already scored once and racked up two assists in three appearances.

Landlocked in the center of South America, Paraguay is sometimes called “El Corazón de Sudamérica.” (The Heart of South America).  While Spanish is the primary language for the government and Paraguayan press, the country is home to one of the continent’s most-enduring indigenous languages: Guaraní, which is spoken by 90 percent of the population. 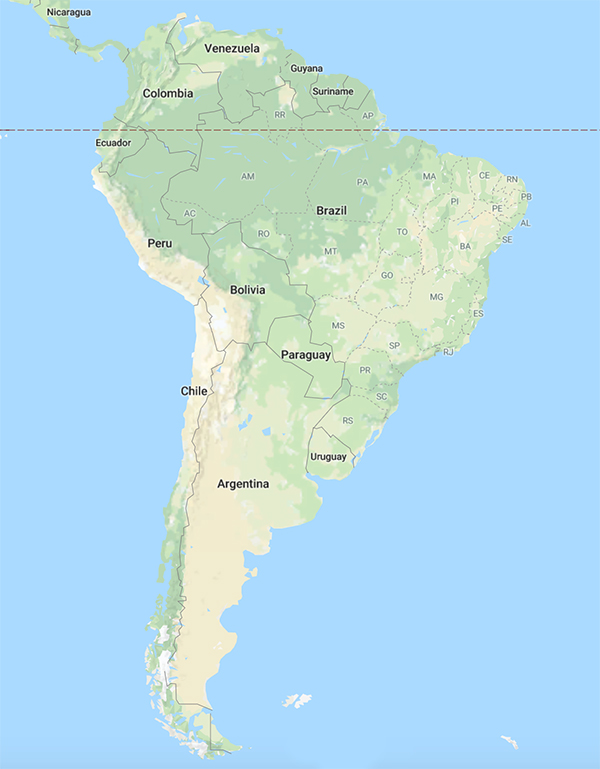 The Flag of Paraguay is inspired by the red, white and blue of the French Tricolour, representing independence and liberty. Its coat of arms sits at the center of the flag’s middle band.  In a rare instance, Paraguay’s flag is one of the only national flags in the world with a different design on its reverse side: an identical triband with the reverse side of the coat of arms. The obverse coat of arms features a lion sitting in front of a Phrygian cap, a classical symbol of liberty. 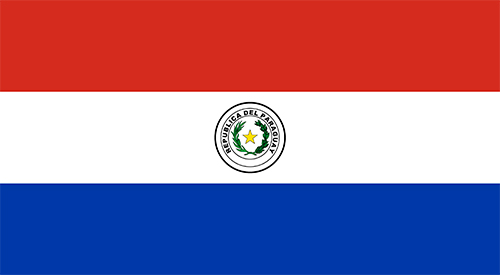 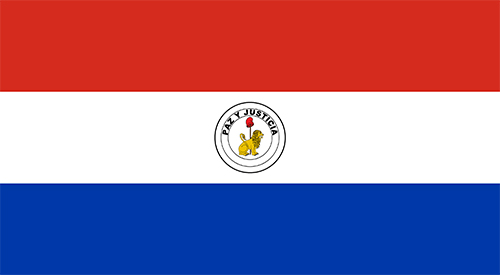