Brad Guzan Will Return to Goal Against Peru

While MNT head coach Dave Sarachan wasn’t willing to tip his hand too much during the pre-match press conference on the USA’s starting lineup against Peru, he did confirm that a player with a wealth of experience will backstop the U.S. defense when he announced that Brad Guzan will start against La Blanquirroja.

The news didn’t come as much of a surprise, but was all but confirmed when Zack Steffen departed camp after experiencing tightness in his right hamstring following Thursday’s match against Colombia.

Guzan debuted for the MNT all the way back in 2006 and did so with a bit more hair on his head. Tuesday’s match will mark his 59th appearance for the MNT and first in more than a year. The Atlanta United FC ‘keeper last stood between the sticks during the USA’s 1-1 World Cup Qualifying draw at Honduras on Sept. 5, 2017, in San Pedro Sula. 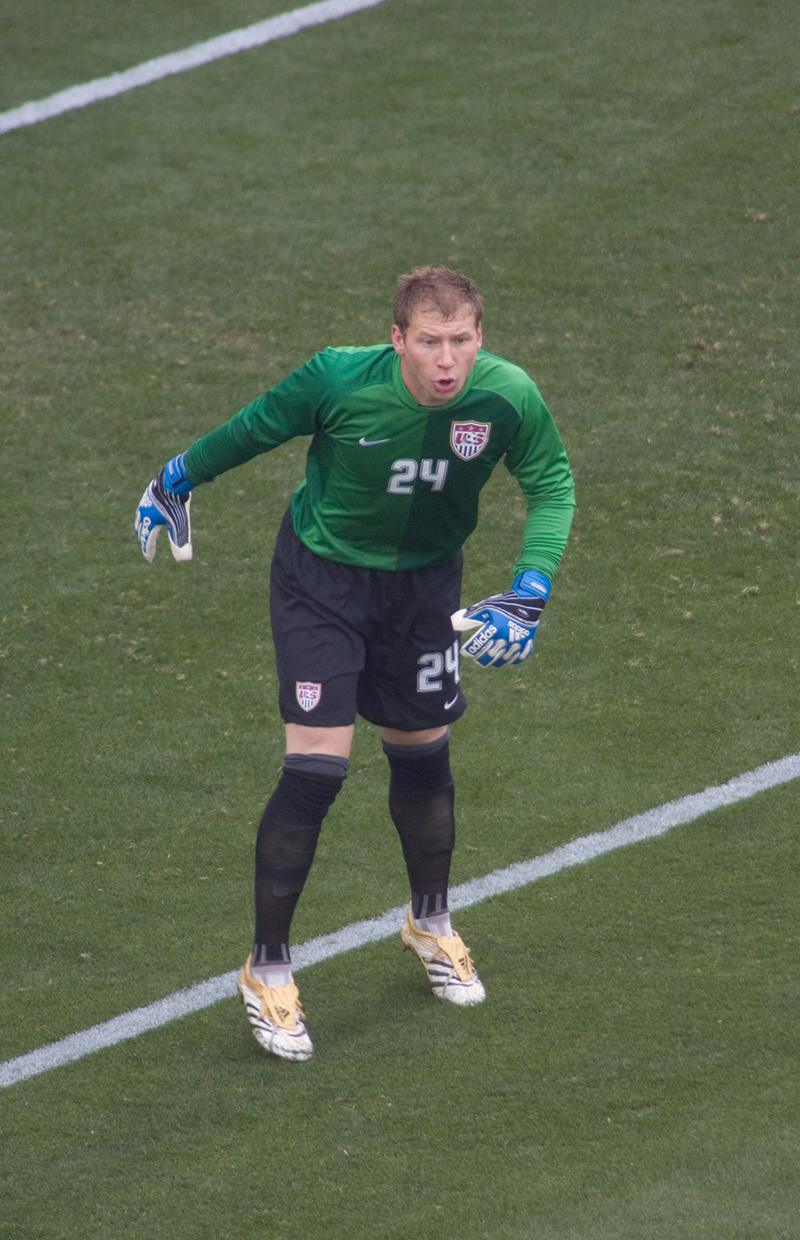 While it’s been over a year since he suited up for the MNT, the veteran told ussoccer.com on Monday that nothing has changed in the way he’ll approach things.

“Just being involved with the group, I’ve always said it’s an honor and privilege to be with this team. To be able to get a game is always exciting. It should be a good night.”

Guzan joined Michael Bradley as the two long-time MNT veterans that returned to the side during this camp. At 34, he will be the oldest player to appear for a U.S. team that has emphasized its youth throughout 2018.

Even as the next generation of MNT players has gained great experience and earned some quality results this year, the return of veteran presence to the team was inevitable, with the experience and leadership they can provide serving as important attributes to a group that will soon tackle competitive matches in the Concacaf Gold Cup, Nations League and World Cup Qualifying.

At the start of camp, both players said they were looking forward to getting to know and helping guide their younger teammates. So coming up on the end of the international break, how has it looked?

“It’s been good,” Guzan said. “Obviously in terms of off the field things, they have different things going on their life than I do. It’s been interesting, and quite frankly it’s been fun to be able to talk to them, get to know them on a personal level and see how they’re doing. Ultimately when you step across the white line, in terms of training and games, it’s about trying to get results and moving this thing forward.” 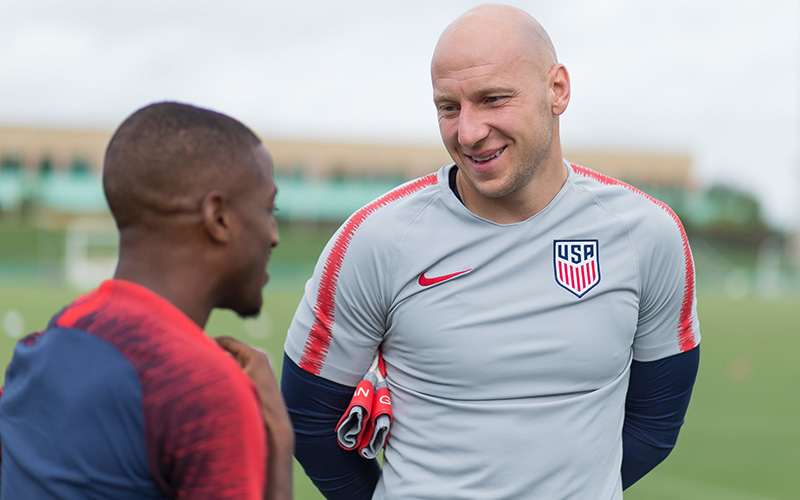 The next opportunity for a result comes against Peru. Guzan watched from the bench as the U.S. team rebounded to take the lead, but ultimately fell 4-2 to Colombia.

Asked what the youngsters in front of him could take from the experience, Guzan said, “every international, regardless of who you play, is going to be a challenge.”

“It’s important for us to learn from the Colombia game in the sense of making sure we’re able to dictate the game on our terms and not let the it get away from us. Come Tuesday night it’s going to be important that we’re able to get on the ball and keep the ball for stretches at a time, and not just try to hit a home run ball with the first or second pass, and the ball turns over and we’re defending again.”

“It’s going to be important that we get that right.”