France is currently fourth in the FIFA Women’s World Rankings and is one of the heavy favorites on home soil next summer.

Le Havre, which is located on the northern coast of France, is one of nine venues for next summer’s tournament. Stade Océane seats around 25,000 fans and will host seven Women’s World Cup matches, including a Round of 16 game and a Quarterfinal.

“To play France in France was an essential part of our scheduling preparations for next summer, and it will be an exciting and challenging match to kick off the year,” U.S. Women’s National Team head coach Jill Ellis said. “They are a top team, in the middle of their domestic league, and playing on home soil, so this is the type of experience we need to be ready for the World Cup in 2019.”

The USA also opened its 2015 Women’s World Cup year in France, falling 2-0 in Lorient, a result that the USA avenged just over than a month later, downing France 2-0 in the championship game of the Algarve Cup. The USA’s most recent meeting with France came earlier this year at the 2018 SheBelieves Cup, a 1-1 draw in front of more than 25,000 fans at Red Bull Arena in Harrison, N.J., in which Mallory Pugh scored for the USA and Eugénie Le Sommer tallied for the French. 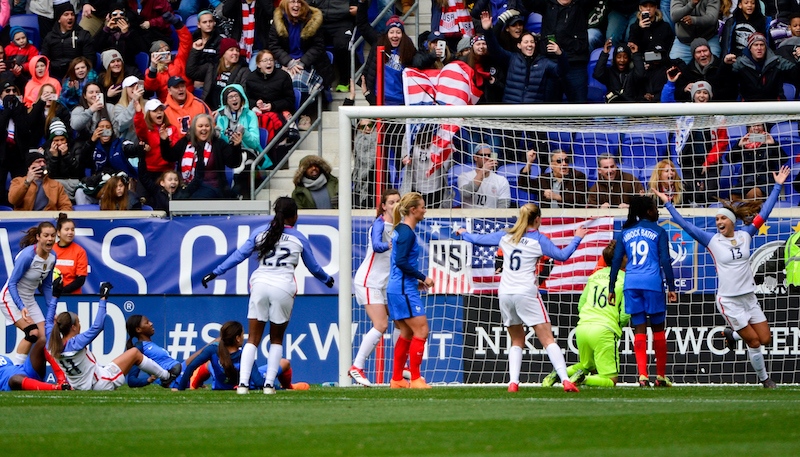 As host, France did not have to go through qualifying for the 2019 FIFA Women’s World Cup but has played a competitive schedule of matches this year against many World Cup or potential World Cup teams, including games vs. Italy, England, Germany, the USA, Nigeria, Mexico, Cameroon, Australia and Brazil.

After facing France, the USA will play a second match in Europe. That opponent and venue will be announced in the near future. The U.S. team will be abroad most of January as it will hold its annual January training camp in Europe.