Team Culture a Pillar for New Foundation of MNT

On Monday, the U.S. Men’s National Team opened its annual January Camp at the Chula Vista Elite Athlete Training Center in Chula Vista, Calif. The move about two-and-half hours south of the MNT’s regular January Camp gathering spot in Carson, Calif., was one of the initial changes made by new head coach Gregg Berhalter as he uses his first camp to work on some very clear goals.

“In the first meeting with our players last night, we very clearly laid out the objectives of this training camp: team building, team culture, style of play and competing,” Berhalter told media after Monday’s training session.

With training fields, a world-class gym, meal room and sleeping accommodations all in one place, the feeling was that the training facility provided the most conducive environment to allow players and staff the time together to achieve those goals. 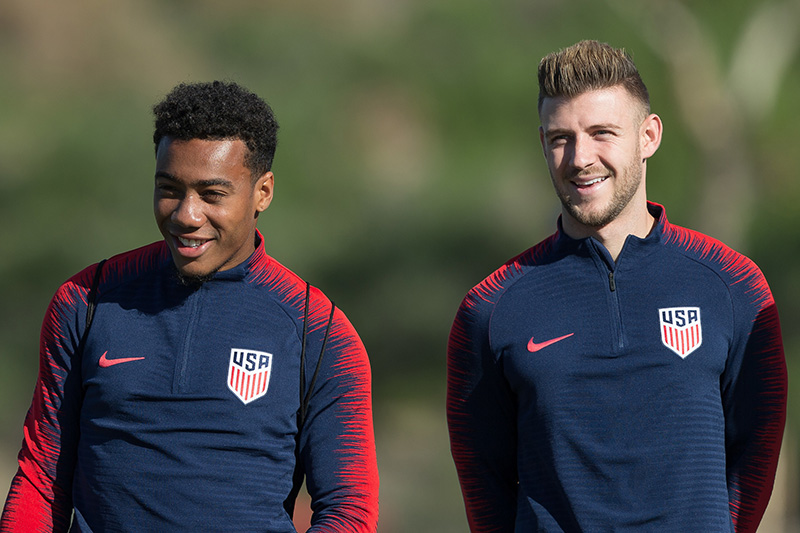 One of the biggest changes with the shift to Chula Vista is that MNT players are staying in athlete housing for the first three weeks of camp. It’s a shift which players are embracing with open arms.

“This is my first experience [like this] since Residency with the U-17s in Bradenton,” MNT midfielder and Chula Vista native Paul Arriola said. “As professionals, this is our job. This is what we’re here to do. We’re not here for a vacation, we’re not here to go and sightsee. We’re here to train and get better.”

“In different teams, in different moments, this is what it’s like,” added veteran midfielder Michael Bradley. “With Toronto FC last year preparing for Concacaf Champions League matches, we were in the Mexican Football Federation’s training center for a few weeks and it was very similar. I think there’s big value in it, especially when you have a new team and a new group. It’s nice to get everyone together just in terms of the ease of going from rooms to the field, to meals, to the gym -- everything’s right here and you’re not wasting time in vans or on buses. It’s a great environment to get to work.”

If you spent a semester in a college dorm, you likely had the experience of getting to know someone new. The residential life for MNT players in Chula Vista is no different, with rooms specifically assigned to group players together with those they are less familiar with.

“The important thing is just explaining the purpose,” Berhalter said. “It’s not like we don’t have a reason behind why we’re doing this. We mixed up the roommates on purpose. The guys are getting to know other people. Some of them are bunking four in a room and that’s all part of it.

I think the most important thing we can focus on right now is building the group cohesion and our style of play. There’s no better place to do it than here.” 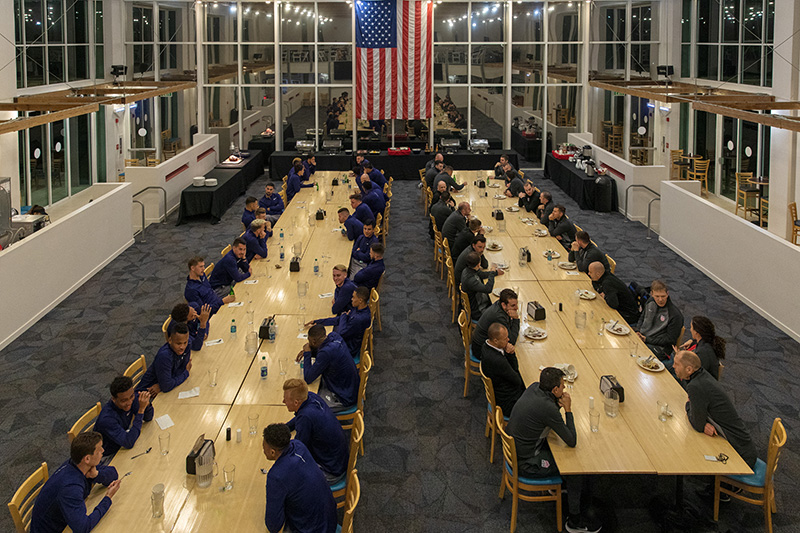 Mixing it up extends to the meal room, where two extra-long tables – one for players and one for staff – have replaced the usual multi-table setup. The new layout symbolizes that every member of the group is equal and further encourages players and staff alike to interact outside of their own circle. Once there, no one lines up for the buffet until the entire group has arrived.

The environmental and meal room setup are part of the first pieces of what Berhalter will look to accomplish in cultivating the culture around the MNT. While training, gym time, video sessions and meetings will take up the vast majority of the schedule for the next month, team building activities are also planned.

“Gregg’s obviously working on us to build the culture, to build this new fresh start for all of us,” Arriola said. “When you get a bunch of guys that have the right mentality, the right energy and you put a purpose there for us and a way for us to go out on the field and believe in ourselves, we’re going to be successful.

“I think the most important thing is that we’re always together -- that we’re a group. There’s a bunch of new faces, everyone is fairly new, so for us it’s important to be together, learn about each other and interact.”