Meram & the Long Road to Atlanta

Justin Meram was at a crossroads. He’d just finished high school and there were options: College? Work? Follow his brothers into their dad’s construction business? He wasn’t thinking much about the future that one day in the summer of 2007, kicking around in a park in Scottsdale, Arizona when he caught someone’s eye. “I wasn’t recruited to play soccer in college,” said the Atlanta United wing-back and one-on-one wizard, now in his eighth year as a pro. “Someone just saw me playing in a park for fun.”

That someone was Maurice Hughes, alumnus of Yavapai College in nearby Prescott, Arizona – where Meram’s family had recently moved from the Detroit suburbs. He called Mike Pantalione and Hugh Bell, who ran the show at the school, one of the top junior college soccer programs in the country. “That was that,” Meram remembered with a chuckle about being given a walk-on role in the team sight unseen by the coaches. “Maurice thought I had talent and suddenly it all started from there.” 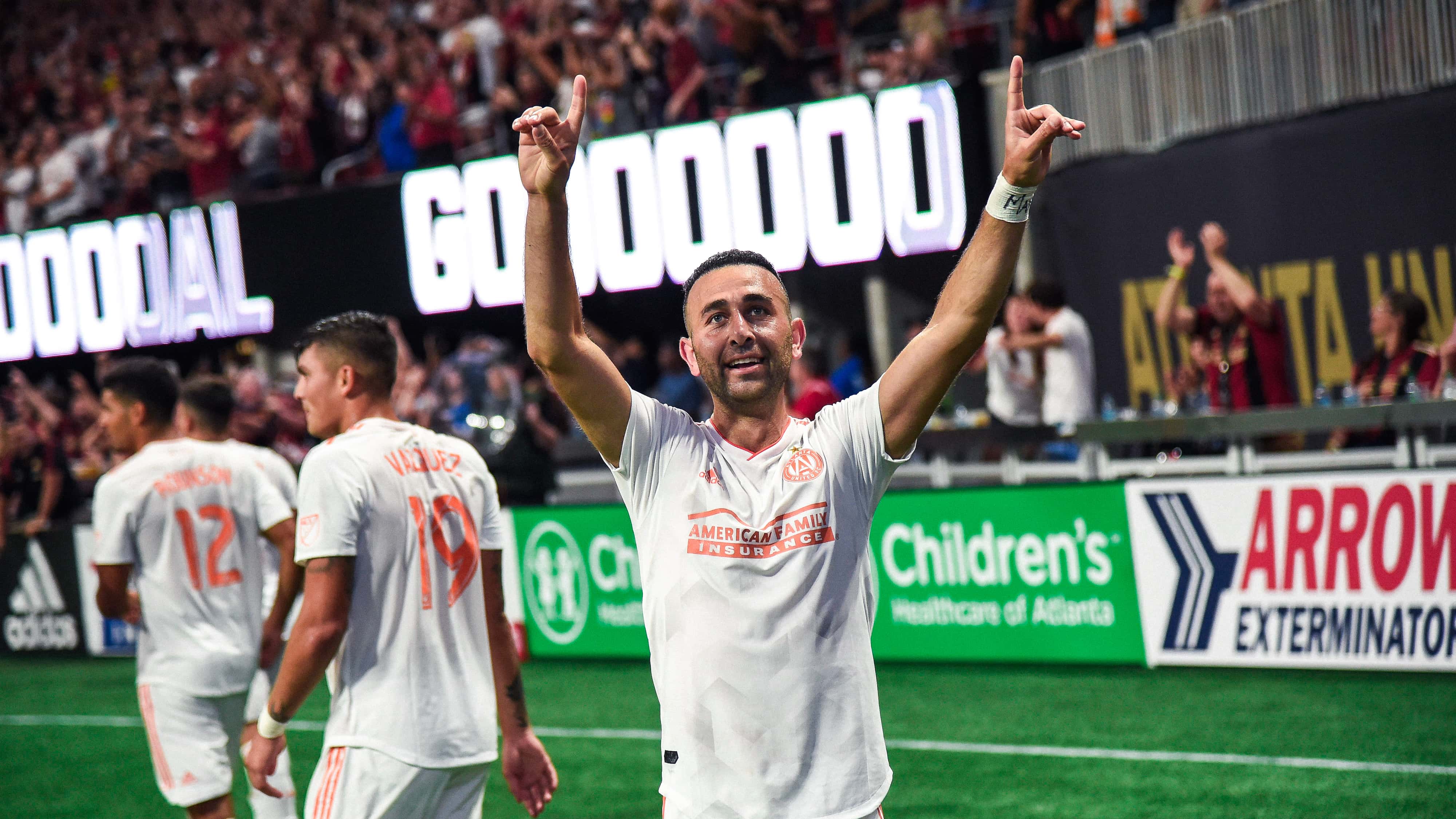 Meram’s road to Atlanta United was long and unlikely

It was one of those magic moments so rare it hardly seems credible. But that’s just how it went down. Overlooked talent spotted, appreciated, approached and set about on a path. Meram won two Junior College National Championships with Yavapai. He was named the 2008 National Junior College Player of the Year. Then the University of Michigan – one of those big colleges who’d initially ignored his talents – came calling. They had a full-scholarship in their hands. Meram had 14 goals and 24 assists in 41 games as a Wolverine and was picked 15th in the First Round of the 2011 SuperDraft.

From the Park to Pro

“I went from nothing – no real future in the game – to two national titles with Yavapai and a full-ride to the University of Michigan. I was just some kid who liked to play in his backyard but never got recruited by any big schools,” said Meram, who speaks slowly and rarely overdoes even the most dramatic bits of his unlikely story. “Then I was drafted to be a pro and that was it. All of those pieces seem pretty amazing when I look back.

Meram grew up playing soccer in his backyard in Shelby Township, Michigan, a suburb north of Detroit. He joined Vardar (now a part of U.S. Soccer’s Development Academy system), a squad made up of kids from all over Metro Detroit and farther afield in Michigan. “We always went to the Nationals,” recalled Meram of his early days with the ball, learning the crucial lessons that now have him on the verge of a U.S. Open Cup crown. “But then we’d always lose to a team from California. Back then it was about having fun, loving the game and trying to grow every year.”

Despite being in MLS for close to a decade, Meram has yet to lift a trophy. But he’s one win away from holding aloft the Lamar Hunt U.S. Open Cup with reigning MLS champs Atlanta United. “It’s the real deal now,” said Meram, who has a preternatural ability to go around defenders and create shooting opportunities. “It’s the Final and you have to be 100 per cent dialed in. The farther you get, the tougher it gets. It starts to feel more real.” 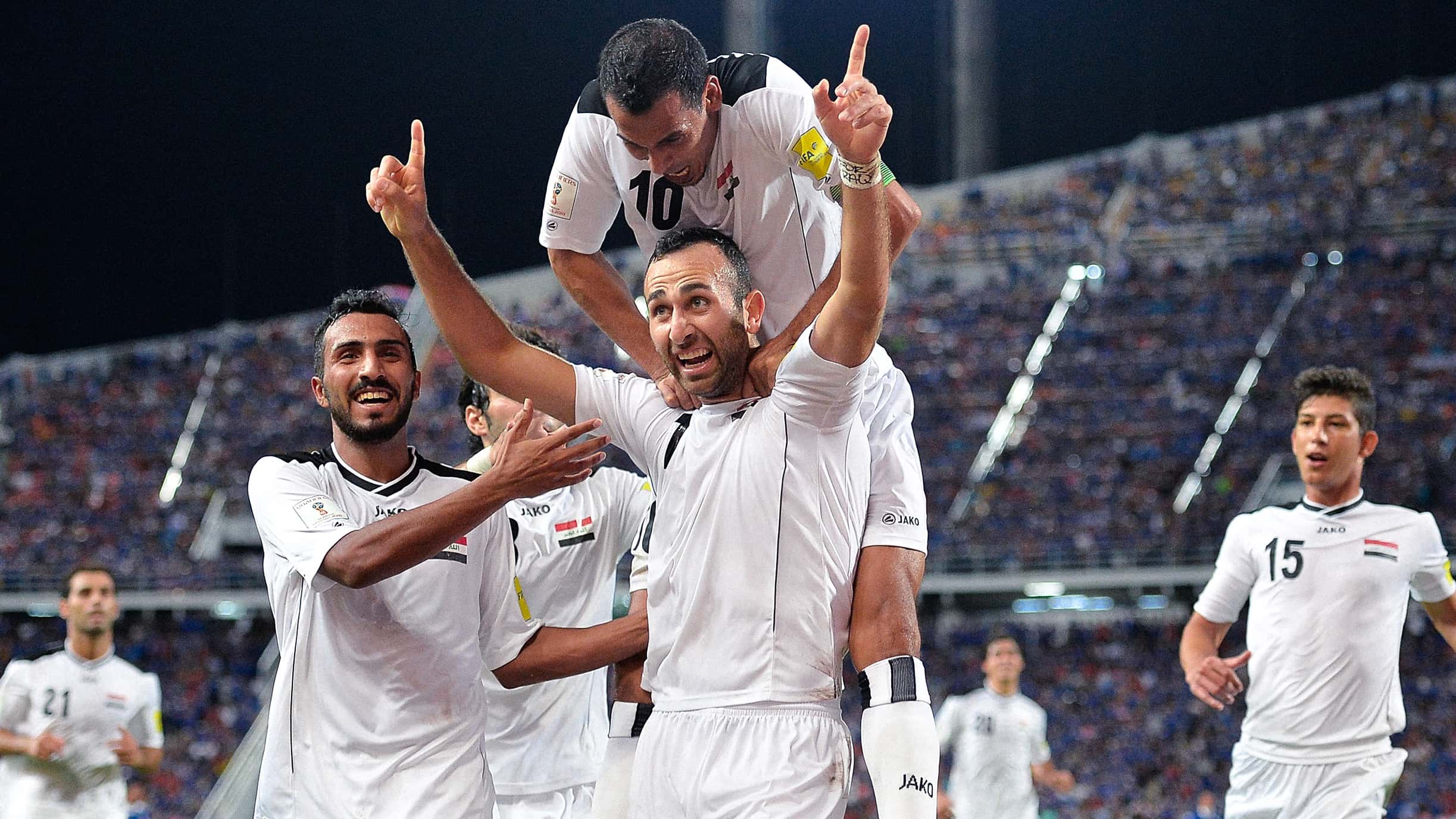 On the international stage, Meram represents his parents native Iraq

He’s been outstanding for Atlanta United in a 2019 Cup run that had a bumpy start. The team arrived for their first game in South Carolina, only to discover the Charleston Battery’s field unplayable. It required a long drive home, a late-night arrival and a game behind closed-doors the next night in Kennesaw, Georgia. “These things happen when you’re a pro and you have to be a pro about it,” said Meram, who plays internationally for his parents’ birthplace of Iraq.

He didn’t let it get to him. Far from it. He righted the ship after United went down a goal early and set up a pair of goals for Brandon Vazquez in overtime to force a 3-1 win.

Last year Meram missed out on Atlanta United storming to the MLS title, beating the Portland Timbers in front of more than 70,000 home fans to seal the deal. It wasn’t confetti and parades and medals for him in 2018 – it was a long way from the joy of any kind. The winger was mired in an unhappy stint with Orlando City, where nothing seemed to go right. Orlando fans, who never warmed to Meram’s charms, were ready to welcome him back with ugliness in the 2019 Open Cup Semifinal.

“It wasn’t easy. You’re human and you have emotions,” said Meram about the constant abuse – some of which crossed the line – he received during Atlanta’s 2-0 win in downtown Orlando to secure a place in a first-ever Open Cup Final. “I just used it as fuel and all the taunting and all that stuff, you could see that it didn’t effect my game.”

Meram was sensational in that Semifinal, one that Orlando City fans were looking forward to after learning Josef Martinez – Atlanta’s star striker – was out with injury. But Meram picked up the baton in attack and tortured his marker out left. He constantly poked holes in the City back-line and forced defenders into mistakes. And he never even glimpsed the purple wall that rained abuse down on him from start to finish.

“He’s a tricky player,” said teammate Jeff Larentowicz of Meram. “He’s kind of a three-dimensional player with a lot of weapons.” Atlanta United coach Frank de Boer, a man of few words, is pleased with his first-year man who’s adjusted well to a wing-back spot: “I don’t think there’s anyone quite like him; he’s a different kind of attacking player.”

Meram is a rare American-born player. His skills are deep set in the creative arts. He’s best going straight at a defender and locking up their knees. If he stands you up, you’re in trouble. Doesn’t matter who you are. He’s fast but not too fast. His balance is excellent and his passing is deadly. “I love being able to play with flair and dominate the opponent – this is what I love most about the game. I love rolling up my sleeves in a hostile environment,” said Meram, who claimed he was “destroying his career” during his sub-par season with Orlando. “I’ll never forget that game in Orlando [the 2019 Open Cup Semifinal] – with the whole stadium against me from the warm-up to the final whistle.”

It wasn’t the only old home Meram had to visit during this inspired run to the 2019 Open Cup Final. He had to travel to MAPFRE Stadium in Columbus, Ohio, too, where he once played under now U.S. National Team boss Gregg Berhalter – who Meram calls the “most influential person” in his development. It was there, in central Ohio, where he found his way as a pro. “The Cup is always complicated and you’re always going to have to play in places that were once your home,” said Meram. “You have to just deal with it and get on with it.” 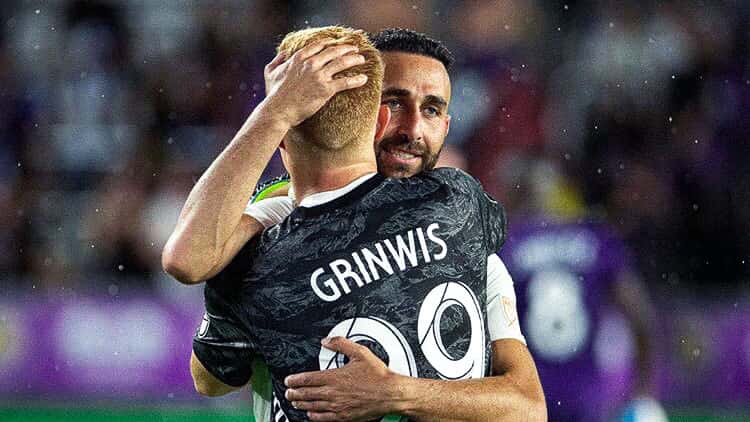 A first trophy as a pro is knocking for Meram. And he knows it. His experiences in the Cup, first with Columbus and briefly with Orlando, were mediocre. “I’ve never made it past the Round of 16,” he said, remembering well how in 2017 a then second-division FC Cincinnati knocked out his Columbus Crew. “But we’ve got more than a chance this year – this Atlanta United team puts quality on the field and even though we’re all from different places and backgrounds we have that togetherness you don’t always see.”

Atlanta United will be favorites in the August 27 Final at their Mercedes-Benz Stadium. Minnesota United – also first-time Finalists – will come to give it a “right good go” as their coach Adrian Heath stressed recently, but the 5-Stripes are in scintillating form at the top of MLS’ Eastern Conference and they can smell the opportunity to hold both major trophies in the American game. “Playing at a club like this is something I’ve always wanted,” said the 30-year-old who never really expected any of what’s come his way since that fateful pick-up game in Scottsdale all those years ago. “It’s on another level – the facilities and everything. It’s a level you’ve never seen or been a part of.”