Darwin Quintero’s six goals in five 2019 Lamar Hunt U.S. Open Cup games see him top the scoring charts and pocket this year’s Golden Boot. From the Fourth Round on, the Colombian sensation’s attacking instincts have been on full display. And after bagging four goals in a pair of wins over Sporting Kansas City and defending champions Houston Dynamo, the man they call El Scientifico (the Scientist) never looked back. He came on as a substitute in the 75th minute of the Final – a 2-1 loss to Atlanta United – but there is no taking away from his output through this year’s tournament

Quintero’s first goal of the 2019 Finals came in the Fourth Round (the entry point in the tournament for teams from MLS) with Minnesota United – who’d never won an Open Cup game in their short history – up against four-time winners Sporting Kansas City at the brand new Allianz Field in Saint Paul. The score was 2-1 in favor of the Loons and the game was getting stretched as Peter Vermes’ KC chased an equalizer. It was then that the diminutive Quintero struck, sliding on to bang home a scrappy close-ranger to make the score 3-1 and virtually seal the affair for the home side.

If that was a scrappy way for the Colombian to get his first goal, his sublime second more than made up for it. Fellow Colombian (and five-goal scorer in his own right in the 2019 Cup) sent Darwin in behind the defense, where he slipped past the keeper and got cheeky letting a chasing defender slide pas him and in the net, before dinking the ball over the flailing KC man’s head. The goal was followed by an elaborate celebration – one of many from Quintero – in which he crawled on his hands and knees before flopping onto his back and flailing his arms and legs in the air like an overturned turtle.

“Those celebrations have always come from my son, he tells me what to do and every time he invents something new,” Quintero told usopencup.com about his faithful adherence to his celebration commands. “Now when I see them, I laugh.” 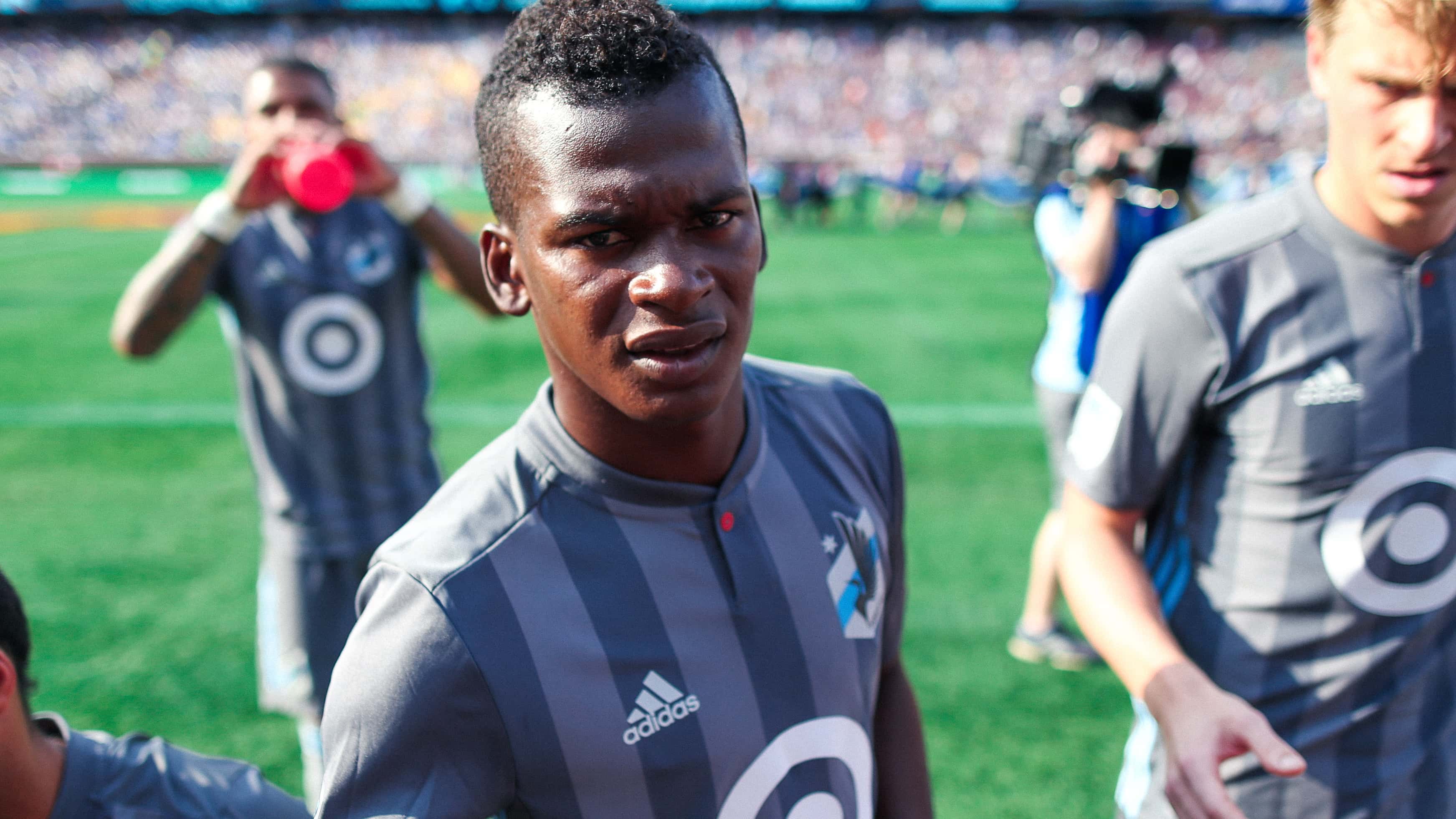 Quintero is known as The Scientist

Six days later came the Open Cup turning point for Minnesota United in the Round of 16. Everyone in the team points to that game, on the road in hot, sticky Houston against the defending champions, as the point at which everything changed. Down 2-0 at the half to the 2018 champs Houston Dynamo, MNUFC were in need of inspiration and goals. Quintero provided both.

The Darwin & Angelo Show 💪@MNUFC pull one back on @HoustonDynamo after Darwin Quintero finishes up a bang-bang bit of interplay with Angelo Rodriguez.

In the 65th minute and with the Loons pressing hard, Quintero hopped on the end of another bit of clever interplay with Rodriguez and stroked home from close range at the near post. With nine minutes to go, he scored his best of the bunch to even the scores. The Houston defense dared Quintero to shoot from nearly 30 yards out. He obliged, curling he ball around goalkeeper Michael Nelson and inside the post to tie the game and set up a late winner for young American striker Mason Toye.

“That Houston game was key. We were down two at the half and I told the guys, ‘OK the next goal decides this’,” said head coach Adrian Heath, an FA Cup winner with Everton in 1984. “We had enough of the ball in the first half and we made chances and so I thought that if we got the next goal there’s no reason we couldn’t win it,” Young Toye agreed: “We just had to find a way to get a win. And we did. Once we got that win down there I felt like we had a really good chance to go far” 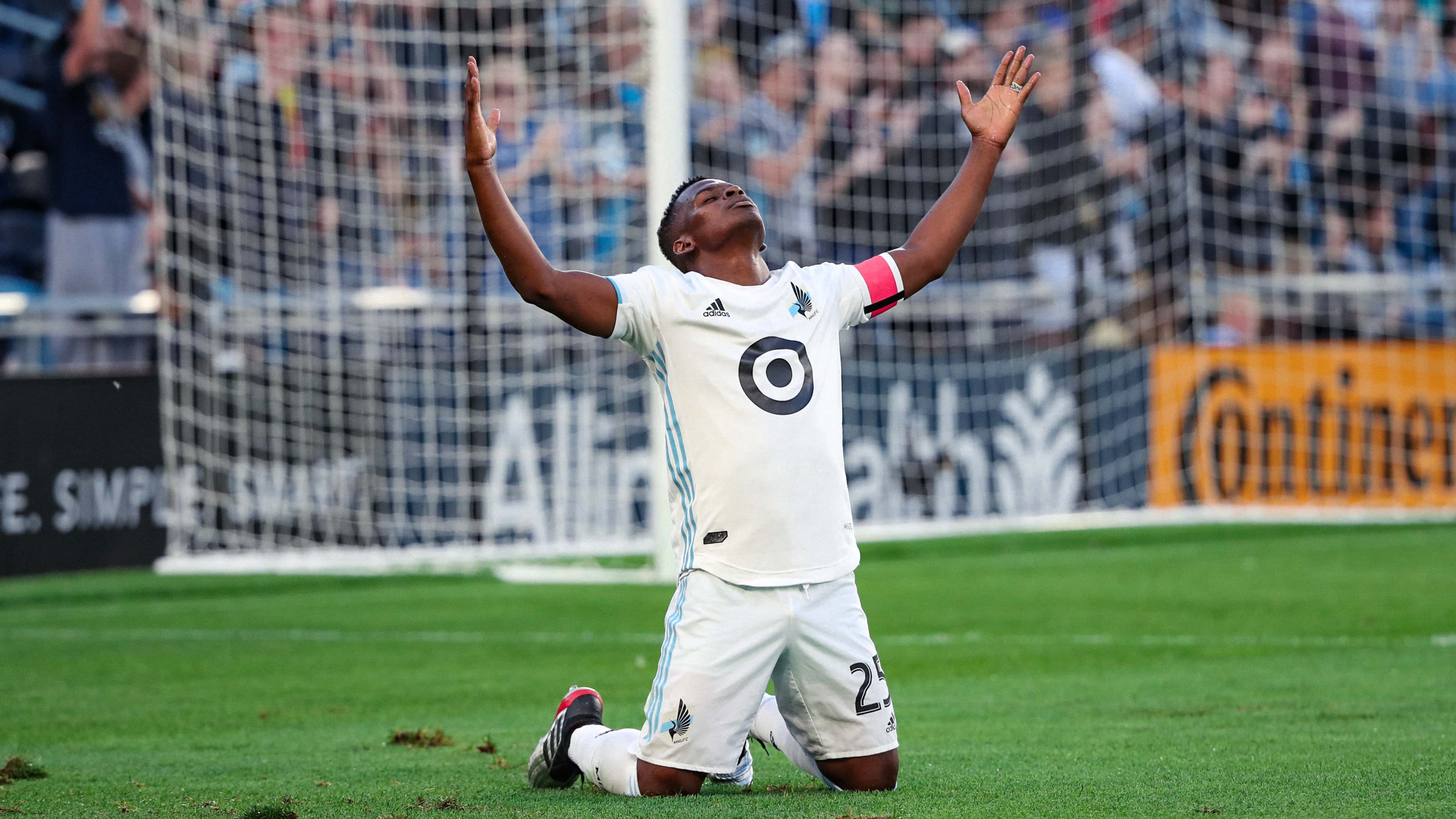 Quintero is known for his outlandish goal celebrations

The Loons marched on to the Quarterfinal round, where they faced a tricky test against Cinderella second-division side New Mexico United who had already stung Colorado Rapids and FC Dallas and were looking for another upset. And it looked like one was on the cards, when Minnesota started flat and were caught by a shot from the edge of the penalty area by Santi Moar to give NMU a shock early lead.

It proved a false dawn. The equalizer fell seconds later and then Quintero struck again to clean up a shot from Rodriguez and make the game 2-1 to the home side. Soon it was midnight for the Cinderellas from Albuquerque who lost out 6-1 to a dominant Minnesota United performance that sent the Loons to a first-ever Semifinal. 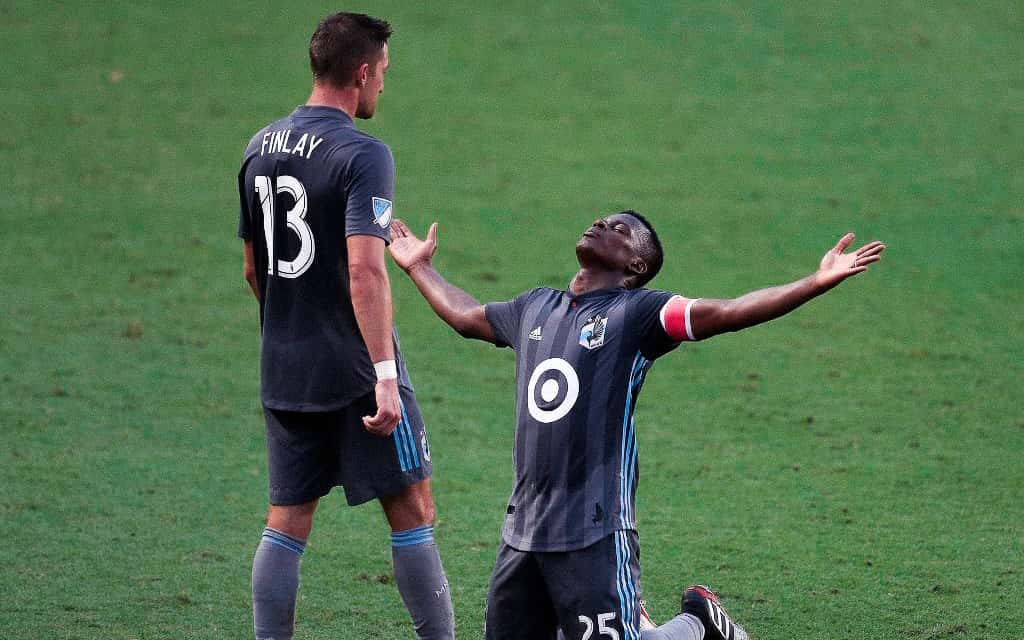 DW’s sixth was a bit of anti-climax – a clam slot home from the spot – but it every inch a crucial goal for the men from Minnesota in a tense Semifinal against Gio Savarese’s Portland Timbers. Quintero’s free kick in the 20th minute was handled and the man himself stepped right up to the put the side ahead from 12 paces. It set the foundation for the tight 2-1 win and a place in a first-ever Final for the Loons from the North Country.

Quintero’s six-goal haul in the 2019 event ties him for the Modern-Era Open Cup record of goals in one tournament. He’s tied now with David Bulow, who scored six for the Richmond Kickers in 2011 and Mauro Manotas, who scored six for Houston Dynamo en route to last year’s title.