U.S. Soccer hosted Media Day for the U.S. Women’s National Team Wednesday afternoon at the New York Marriott Marquis. Over 190 media members attended the event in Manhattan to preview the FIFA Women’s World Cup Canada 2015 and ask about the team’s preparations ahead of their final Send-Off Series match this Saturday.

Prior to the press conferences and round table discussions, the players ate lunch with a special guest.

Robin Roberts, anchor on ABC’s Good Morning America, gave praise to the athletes gearing up to represent their country next month and also gave them a bit of perspective. 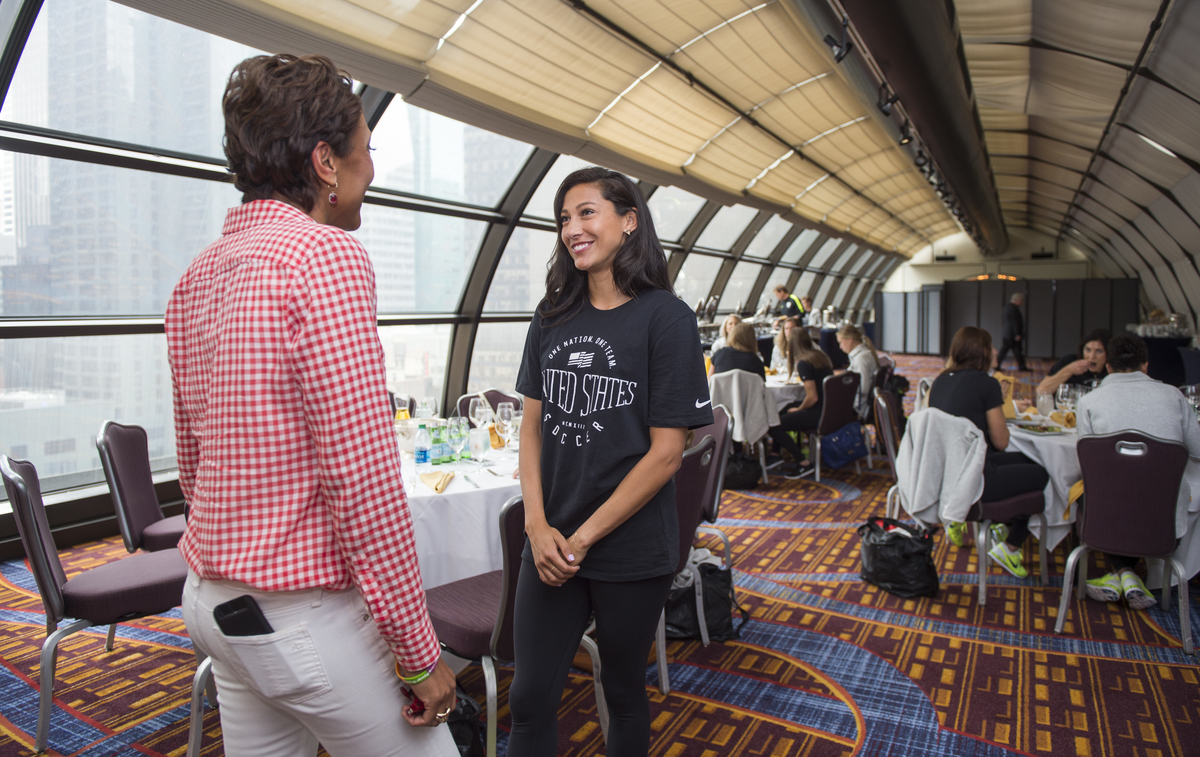 “In life, it’s what you overcome that stays with you,” said Roberts, who recently overcame Breast Cancer and Leukemia. “It builds your character and that really makes you who you are.”

“Watching Robin’s very public personal journey battling her disease [and] seeing her come out of it in such a positive way, doing the things that she still loves, is really an inspiration,” said U.S. defender Meghan Klingenberg. “There needs to be more people like her in the world.” 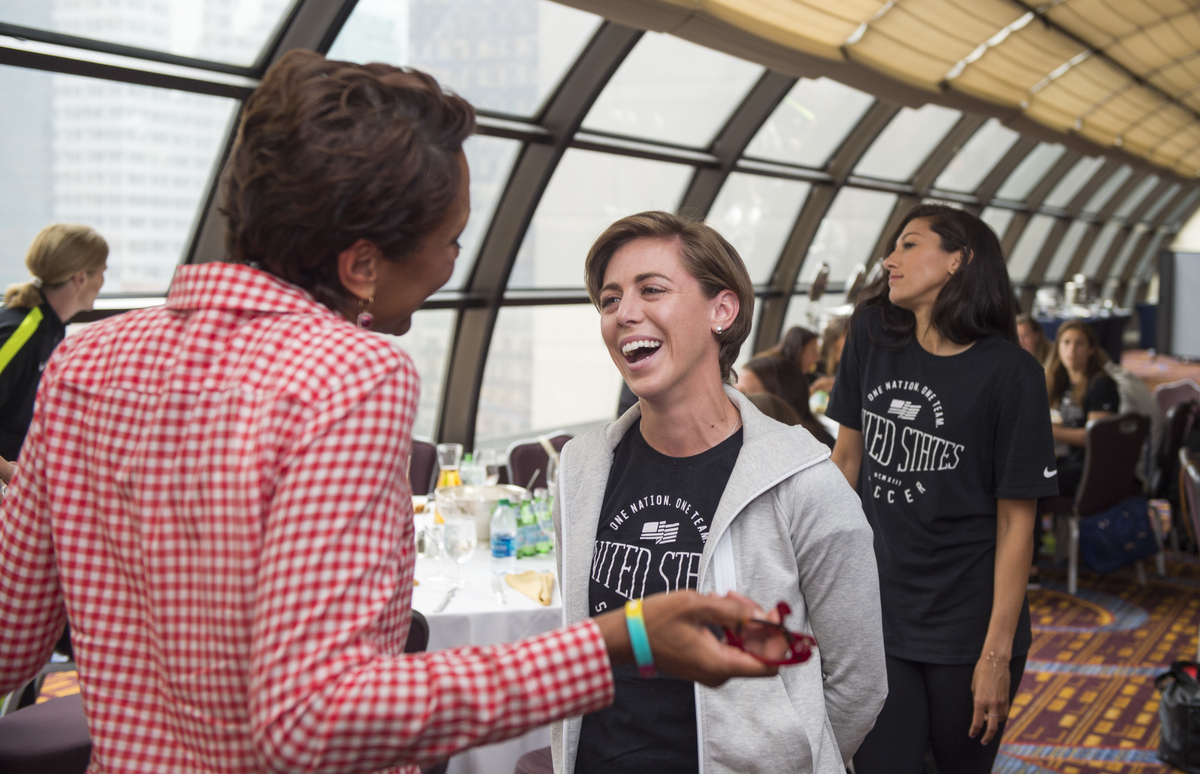 The United States will play Korea Republic in their final match of the Send-Off Series this Saturday at Red Bull Arena. A limited number of tickets are still available for purchase.

You and your wonderful teammates inspire me and MANY others!! https://t.co/9LpIQLYVGR