Nearly a year on from the U.S. Men’s National finishing its run in the 2014 FIFA World Cup, the team tackles its first true hurdle of the 2018 World Cup cycle as they look for a second consecutive regional title at this year’s CONCACAF Gold Cup.

U.S. head coach Jurgen Klinsmann has taken a “win now” approach with this summer’s competition, hoping to directly qualify to the 2017 FIFA Confederation’s Cup and nullify the need for a future playoff with another nation.

With that in mind, the final roster Klinsmann named for the Gold Cup on Tuesday is heavy on veteran players that bring big-game experience to the table.

Together, the 23 players on Klinsmann’s roster average 30.5 international appearances with 14 having played in a minimum of 20 matches for the U.S. MNT. Seventeen players were also part of the U.S. team at last summer’s FIFA World Cup, marking the highest return rate of players between the two rosters in years where the Gold Cup has followed the FIFA World Cup (1991, 2003, 2007, 2011, 2013). 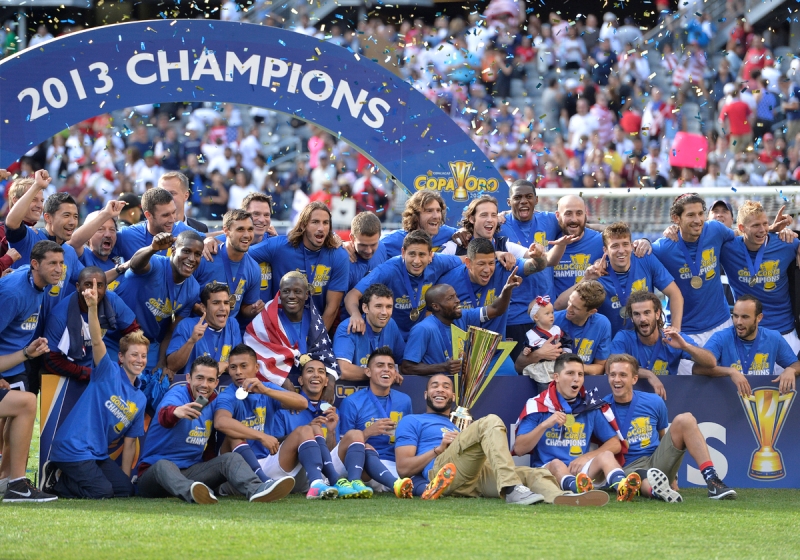 Having made three previous CONCACAF Gold Cup rosters in 2005, 2007 and 2011, Clint Dempsey leads the list of 13 players that have previously played in the confederation championship, of which 10 have lifted the Gold Cup and eight played in a previous final. Dempsey has played in all three finals in which he’s been part of the roster and is the only two-time winner on the 2015 Gold Cup squad.

From an attacking perspective, Dempsey and Wondolowski each have five career goals in the Gold Cup, tied for fifth on the USA’s all-time list. Wondo, shared the Golden Boot in 2013. Though technically speaking someone named Chris Wondowlowski scored three of those!

Klinsmann will also have Jozy Altidore at his disposal, who at 25 years old is already fifth on the all-time U.S. scoring chart with 27 goals, and if penalties are needed at any point, Klinsmann can turn to Brad Davis, who, in just his second cap, scored the game-winning spot kick in the USA’s shootout win vs. Panama to win the 2005 Gold Cup Final.

In goal, while Brad Guzan has never played in a CONCACAF Gold Cup match, the Aston Villa ‘keeper brings big tournament experience, posting a career record of 5-1-1 and five shutouts in World Cup Qualifying.  He backstopped the U.S. in the 3-0 win against Egypt at the 2009 FIFA Confederations Cup, as well as the team’s recent friendly wins against sixth-ranked Netherlands and current world champions Germany. Guzan will be backed by one of the heroes of the 2013 U.S. Gold Cup squad in Rimando, who shined during the U.S. team’s run to its fifth regional title.

Coming off strong back-to-back performances against the Netherlands and Germany, midfielder Michael Bradley looks set to become the 16th player in U.S. history to achieve the 100 cap milestone. Sitting on 98 appearances, Bradley would become the fourth youngest player in U.S. history to reach the century mark, behind only Landon Donovan, Cobi Jones and Marcelo Balboa.