Alex Morgan to Appear on Cover of FIFA16

U.S. Women’s National Team forward Alex Morgan will appear on the EA SPORTS FIFA 16 cover, becoming one of the first two women to do so in the video game’s history. Canada’s Christine Sinclair has also been selected to feature on the cover. This is the first edition in which women will take the pitch in the video game.

Morgan will share the FIFA 16 cover with Argentina forward and four-time FIFA Ballon d’Or winner Lionel Messi in the United States, while Canada National Team captain Sinclair will share it with Messi in Canada. 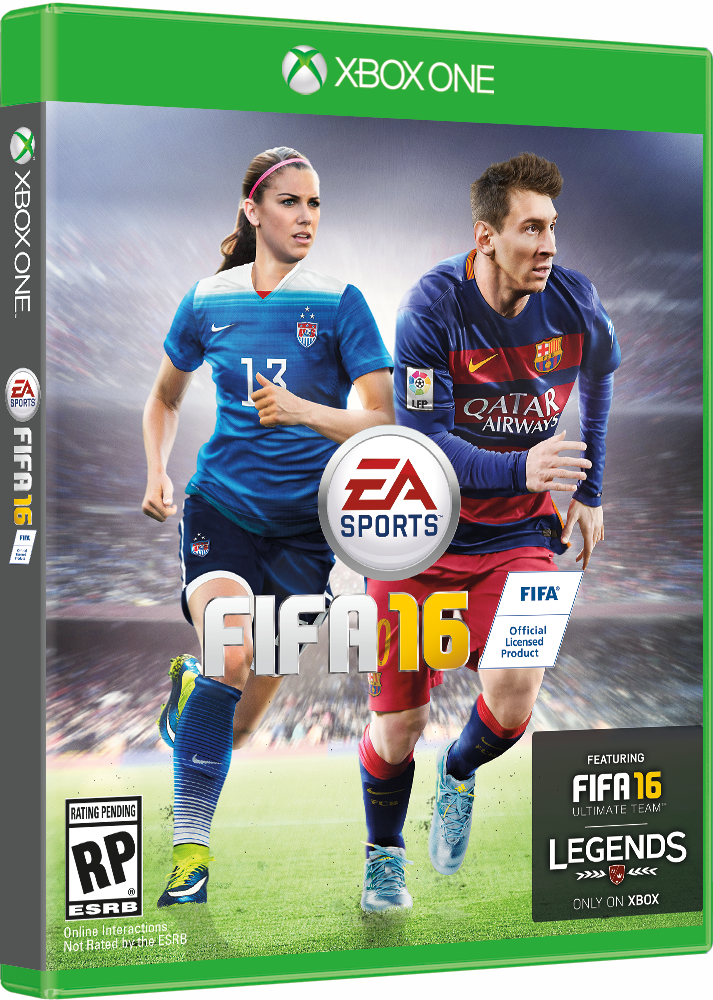 “It is an incredible honor to be one of the first women featured on the cover of EA SPORTS FIFA,” said Morgan. “I know people all over the world play this game and I’m really excited that FIFA 16 is putting such an important spotlight on women’s soccer.  And now to share the cover with today’s greatest player is surreal.”

FIFA 16 arrives in stores this September 22 on Origin™ on PC, Xbox One, PlayStation®4 and PlayStation®3 entertainment systems.

For more information about EA SPORTS FIFA 16 visit www.easports.com/fifa or join the EA SPORTS community at https://www.facebook.com/easportsfifa or Twitter @easportsfifa and use the hashtag #FIFA16.  The game is not yet rated by the ESRB.