In Her Own Words: Lori Chalupny & Her Fairy Tale Ending

As she prepares to play her final match in a U.S. uniform, the remarkable, versatile Lori Chalupny reflects on an international career that had some stops and starts, but in the end, was entirely fulfilling.

As my international career comes to an end, there are a lot of people to thank. I want to thank the fans for always being so supportive and kind and for appreciating what I brought to the game. To my coaches and teammates, there are so many emotions and great memories that trying to recount one or two in this space is impossible. I’ll just say that you are all part of the person and player I have become and I’ll be forever thankful for that. Thanks for your support, encouragement, love, many laughs and for pushing me in training every day to be the best player I could be.

I’ve had teammates who will remain a part of my life forever. They are the ones who were along for the ride through the hills and valleys and were always there for me to share experiences around the country and the world. 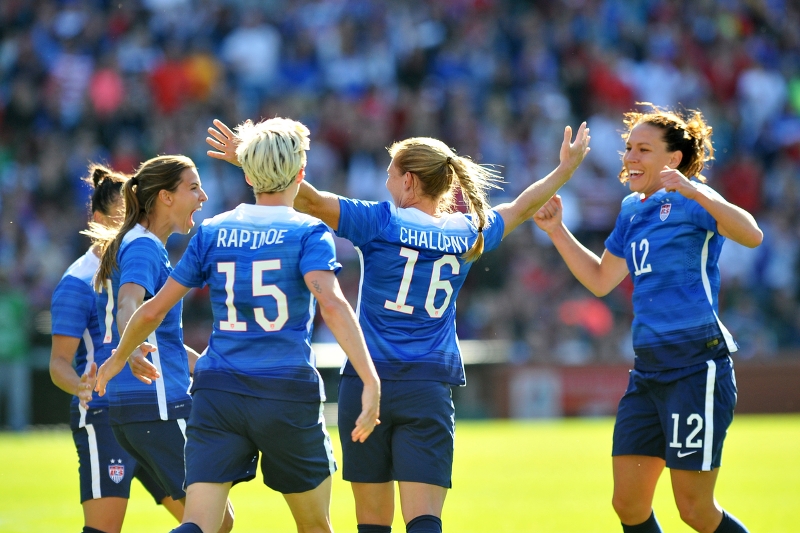 As it is for many players, my first cap will always be special. It came in a small town in Italy in 2001 in front of a sparse crowd, but just walking onto the field to be a part of this amazing team and tradition felt like a huge accomplishment. Little did I know it was just the beginning of a fantastic journey, and like most long trips, it definitely had its ups and downs. Thankfully, mostly ups.

In several ways, I had several careers within my career. I played in the midfield for many of my caps, both centrally and on the flank, before switching to defender for the latter half of my career and for the past year with the National Team. I have to admit that it was a difficult transition. I remember watching forlornly many times during training as the attacking players worked on finishing (“darn, it looks fun down there!”) while I was on the other side of the field working on clearing and heading, but I take pride in being able to help the team however I could over the years. If a coach wants you to play a certain role and feels you can best help that team in that role, it’s a player’s responsibility to try to play that role to best of her ability. I was just happy to be on the field and help the team win.

There is of course some sadness to see this chapter of my life come to an end, but it’s also a happy time to look back at all the fantastic experiences I’ve had through soccer and especially having been on a team that won the World Cup. I was fortunate enough to win an Under-19 World Cup in Edmonton in 2002 with a team of amazing players, so to bookend my career with emotional World Cup wins in Canada was a bit of a fairy tale ending.

As many know, another reason it seems like I had had several careers was being on the National Team from 2001-2009 and 2014-2015. In between, when unable to play with the National Team due to concussion issues, I understood and appreciated that U.S. Soccer was acting in my best interest. I always hoped, though, to one day be able to get back on the team. Even if I hadn’t, I would still have been incredibly happy and fulfilled in my career and life, but to get the chance to make this year’s World Cup team was truly a blessing. 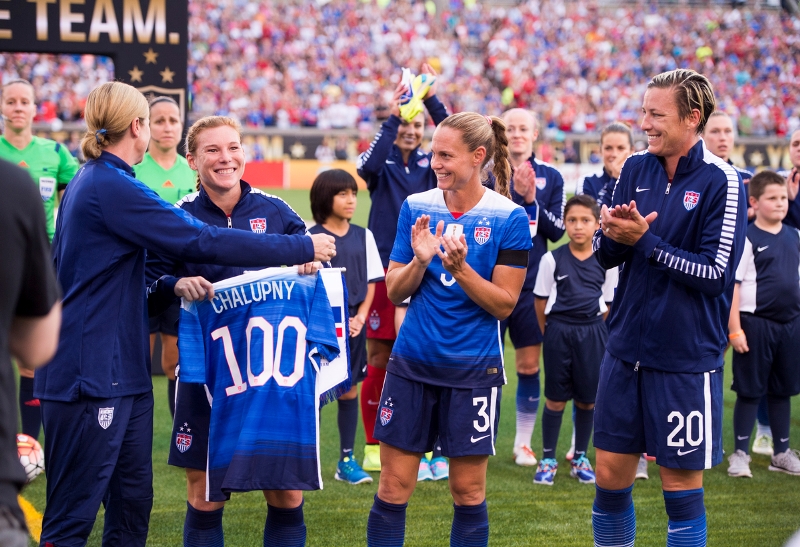 This has been an incredible year. To be able to reach 100 caps, to score in my hometown of St. Louis and then lift the World Cup trophy in Canada are simply amazing experiences. I’m eternally thankful to U.S. Soccer and our medical staff for allowing me to go through the process to come back. I’ll always be grateful to Jill Ellis and U.S. Soccer for the opportunity.

I am not done with soccer. I still have to decide whether to continue my club career in the NWSL, and I’m thoroughly enjoying coaching at Maryville University in St. Louis. Go Saints! I think I’ll always be involved in the game I love.

I want to give a special thanks to my family, and to the people and soccer community of St. Louis for being so supportive over the years. Becky Sauerbrunn will now have to carry the torch for St. Louis women’s soccer, and I know she’ll do a great job.

Those who know me well know that I’ve never been one for many words. I like to sit back and observe. So, it’s time to do just that. I will always be rooting for whoever is talented and fortunate enough to wear the National Team jersey and hope they enjoy it as much as I did.

Thanks for the memories. 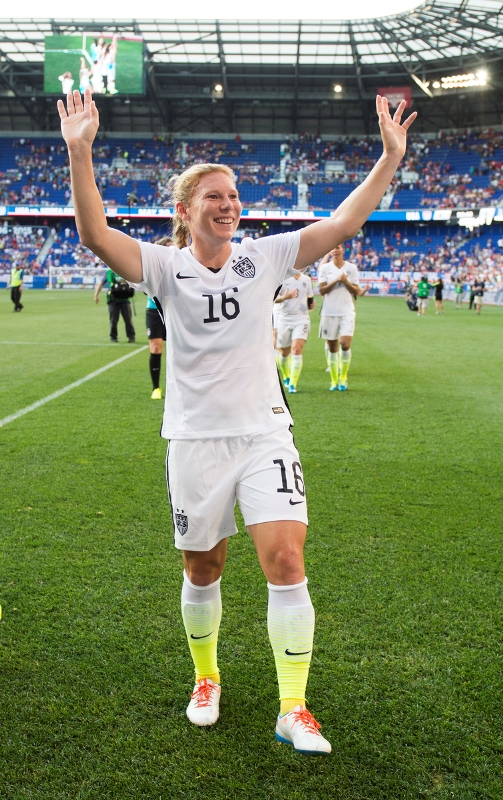 The opportunity to compete in World Cups and Olympic Games throughout my career is something hard to put into words. It was a dream of mine growing up and I know so few players get to have those experiences so those are achievements of which I am very proud and which I will never take for granted.
Tags
WNT
Havana Solaun
U.S. WNT vs. Brazil - 10/25/2015