On Wednesday, Scottish Premier League club Hearts named U.S. Men’s National Team midfielder Perry Kitchen its new captain. Just 24 years old, the honor is a big one for a player that only joined the Edinburgh outfit in March.

Having made his MNT debut in 2015, Kitchen is knocking on the door for more opportunities. He was part of the side that finished fourth at the Copa America Centenario in June, and now wearing the armband can only further his chances for inclusion.

Here are five things you should know about Perry:

Indiana -> Chicago -> Bradenton -> Akron
Growing up in Indianapolis, Kitchen began playing soccer when his mother decided on a whim to sign he and his brother up to play, somewhat against the protests of their father Chris who preferred they play baseball and football.

At the insistence of the local youth league, Kitchen was forced to play up two age groups with his brother Tyler because he made kids at his age group cry with his advanced skill level.

After years playing in Indiana, the family elected to sign Kitchen up with the elite Chicago Magic youth club – a member of the U.S. Soccer Development Academy – where he commuted to and from training sessions and matches from Indianapolis. His play for the Magic earned Kitchen an invitation to join the U.S. Soccer U-17 Residency program in Bradenton, Fla., where he spent two years before captaining the team in the 2009 FIFA U-17 World Cup in Nigeria. 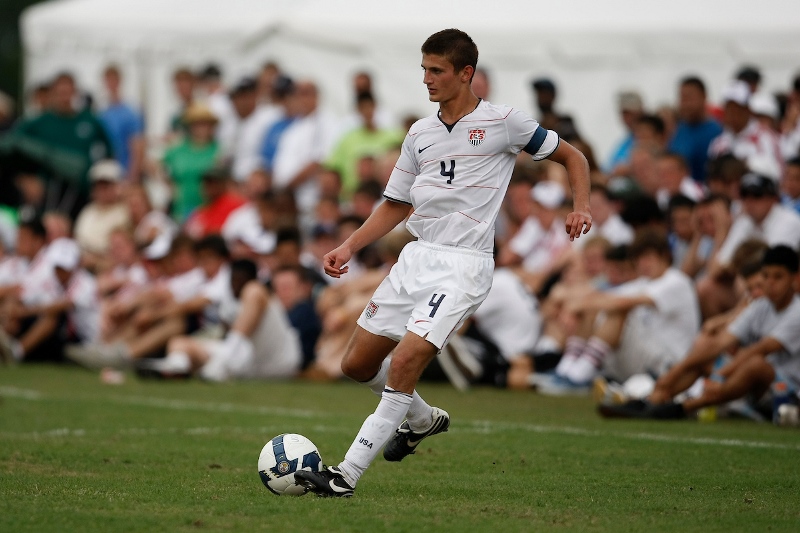 Perry Kitchen captained the U.S. U-17 MNT to a 5-3 win vs. the U.S. Soccer Development Academy Select Team in the 2009 Spring Showcase.

Following the tournament, Kitchen joined Akron University in 2010. Playing under current Portland Timbers head coach Caleb Porter, the powerful defensive midfielder was at the core of the Zips 2010 National Championship side along with a number of future MLS players, including current MNT teammate Darlington Nagbe.

Off to MLS
After playing only one year of college soccer, Kitchen turned down a trial with Belgian giants Anderlecht to sign with MLS. One of the league’s top prospects, Kitchen was selected third overall by D.C. United and was a finalist for MLS Rookie of the Year.

During the course of his five seasons with United, Kitchen never appeared in less than 31 league matches and helped the club to a U.S. Open Cup title in 2013. 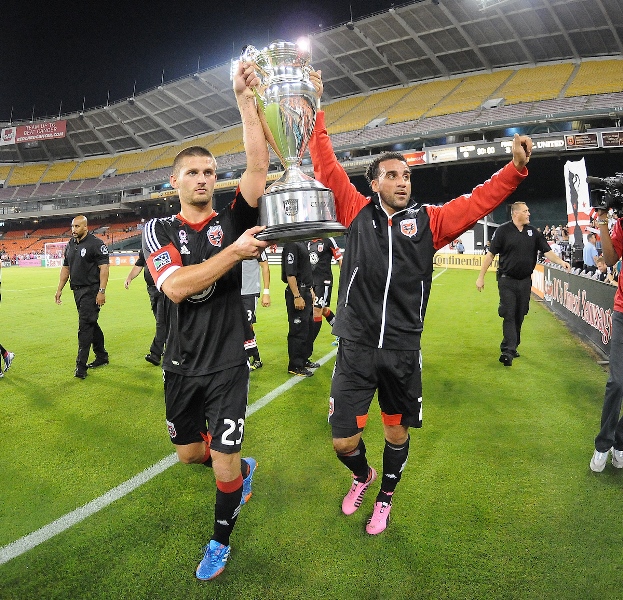 MNT Debut
Kitchen got his first taste of the Senior Team, coming on as a late-game substitute for Mix Diskerud in a 2-0 friendly victory against Panama on Feb. 8, 2015. When he entered the game, he became the first Indiana-bred player since goalkeeper Juergen Sommer in 1998 to make an appearance for the MNT.

PIC: Legends, each and every one. New captain Perry Kitchen checks out the new Hearts Museum, hear from him tomorrow on HeartsTV. pic.twitter.com/JUcZUzhohf

Off to Scotland
With his MLS contract expired, Kitchen set out to earn a European contract following his time in January camp earlier that year. Just a month after his MNT debut, he put pen to paper with Scottish Premier League club Heart of Midlothian (aka, Hearts). Appearing in 10 matches to close the season, Kitchen helped Hearts to a third-place finish, earning them a spot in UEFA Europa League Qualifying.

Having begun his first full season with the Edinburgh-based club, Kitchen has appeared in five of six matches while Hearts has surged to second place in the Scottish Premiership, just three points back of leaders Celtic.

Captain’s Club
Now the captain of Hearts, Kitchen joins a small fraternity of American players that have worn the armband for a European club.

Having worn the armband during different times at Fulham FC and Saint Etienne, former MNT captain Carlos Bocanegra also led Rangers FC for a month before transferring to Racing Santander in August 2012.