One of the more senior members of the current U.S. Men’s National Team pool, Alejandro Bedoya has a story as interesting as any of his MNT teammates.

Here are five things you should know about the U.S. midfielder: 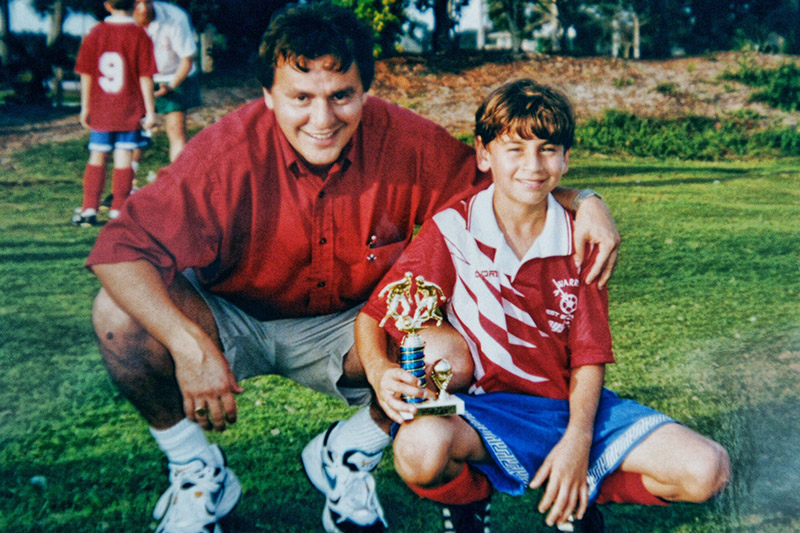 Alejandro Bedoya entered the world on April 29, 1987 in Englewood, N.J. Born to parents of Colombian descent, the family eventually moved to Weston, Fla., where he grew up.

Like many of his MNT teammates, soccer was in the family. Bedoya’s grandfather Fabio played three seasons as a goalkeeper for smaller Colombian side Deportes Quindío, while his father Adriano played a season for giants Millonarios and later with Quindío before earning a scholarship to play at Fairleigh Dickinson University.

Bedoya remembered soccer being the center of the world as he grew up in a household with two former pros.

“Ever since I was a young kid, I can recall just having a ball and soccer was always on T.V.,” he told ussoccer.com. “My grandfather lived with us when I was growing up and we had the radio on listening to the broadcast of games.” 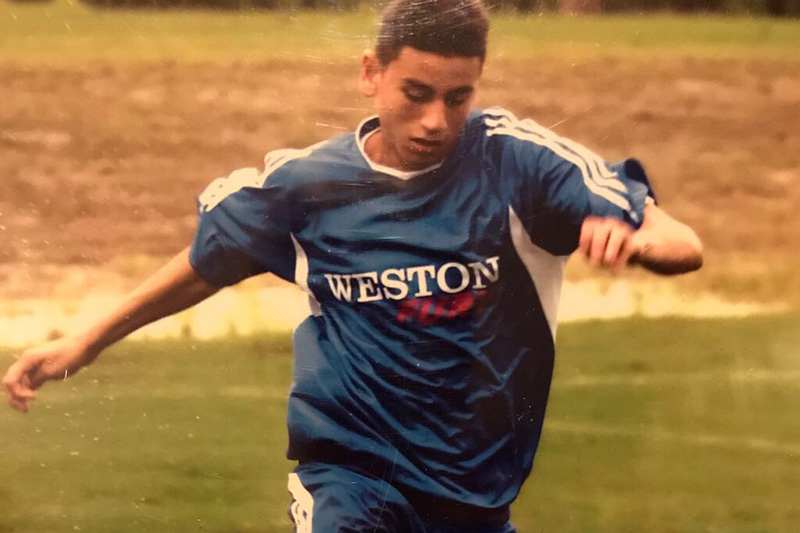 That exposure served him well as he developed with club side Weston FC and led St. Thomas Aquinas High School to a state championship in 2005.

Bedoya followed in his father’s footsteps by committing to attend Fairleigh Dickinson University and led the Knights with eight goals during his freshman season. After two years in Teaneck, N.J., Bedoya transferred to Boston College for his final two seasons.

He had a similarly impressive stint with the Eagles, tallying 14 goals in 37 matches to close his collegiate career in 2008 and 2009. He just missed being collegiate teammates with future MNT forward Charlie Davies.

A Move to the Pros

While many college seniors were spending that December preparing for the M.L.S. Combine, Bedoya had his sight set elsewhere. Shunning the norm of many American players looking to start their pro careers, the 22-year-old attacking midfielder agreed terms with Swedish side Örebro SK where he became a fan-favorite during three seasons in Scandinavia.

Months before leaving the club in 2011, Bedoya had a memorable goal and two assist performance in a 3-1 win against Gais (see below).

Looking for a new opportunity, Bedoya signed with Scottish giants Rangers FC in summer 2011, putting pen to paper the same day as then MNT captain Carlos Bocanegra and joining Maurice Edu at Ibrox. After one season in Scotland, Bedoya returned to Sweden, playing two seasons with Helsingborg before making a high-profile move to French side Nantes in summer 2013.

Upon signing with Les Canaris, Bedoya joined Bocanegra, Davies, David Regis and Greg Vanney in the small fraternity of U.S. players that made a go of it in French Ligue 1. Bedoya had his most successful club stint while with Nantes, scoring 19 goals in 105 appearances during the course of three seasons.

Just like in Sweden, he became a fan-favorite at Stade de la Beaujoire, and following his last home match led the club’s supporters in the famed American Outlaws chant “I Believe That We Will Win”, doing so while holding his son.

Last home game of season & I got to chant #IBelieveThatWeWillWin in front of 30K fans. Awesome experience! 🇺🇸🇫🇷 pic.twitter.com/BuML3AU5mQ

Following eight seasons in Europe, Bedoya returned stateside to join Philadelphia Union in August 2016 and helped push the club to its second ever playoff appearance. 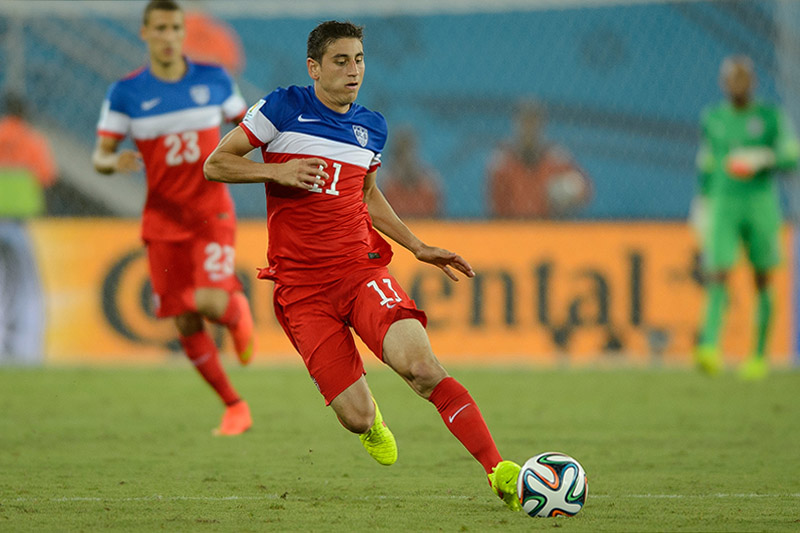 Bedoya was part of training camps for the U.S. U-23 team during the 2008 Olympic cycle but didn’t make the final roster. Still, he remained on the MNT radar and following his first season with Örebro earned his first senior team call-up when he joined the U.S. side for January Camp in 2010. Though he had limited time to impress then U.S. boss Bob Bradley, he was named to the 30-man preliminary roster for that summer’s World Cup but ultimately didn’t join the team in South Africa.

Bedoya began to get an extended international run following the tournament and came in to his own in 2013, registering his first goal in a 6-0 friendly win against Guatemala before memorably providing two assists to Landon Donovan in the 2013 CONCACAF Gold Cup Semifinal win against Honduras. 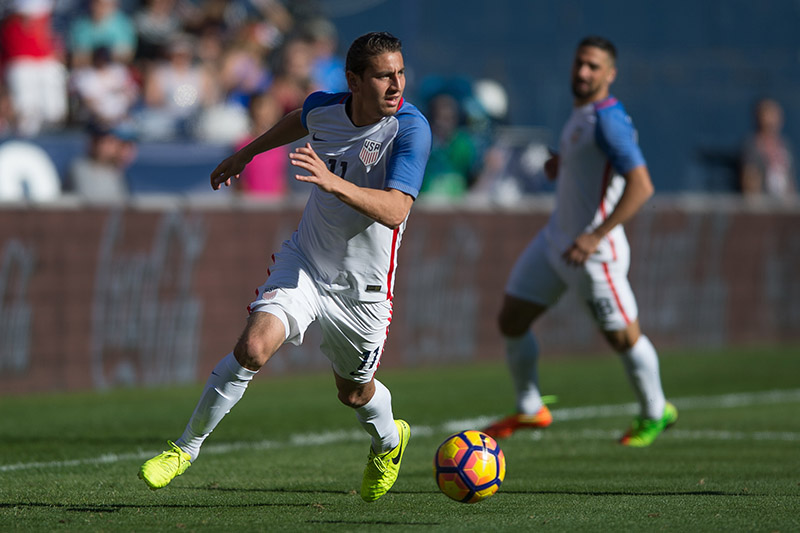 An integral part of the team following that tournament, Bedoya was named to the USA’s 2014 FIFA World Cup roster and appeared in all four matches in Brazil, starting three. Following the tournament, he recorded his second international goal, tallying the game-winner in the USA’s 1-0 friendly victory at Czech Republic on Sept. 3, 2014.

Having passed the half-century mark for caps during Copa America Centenario in 2016, Bedoya is one of the most senior players in Bruce Arena’s current MNT player pool.

While he’s already had a stellar career, Bedoya has shown entrepreneurial spirit and already also has a head start on his post-playing career. Along with his sister Marcela and brother Santiago, Alejandro owns and operates M.A.S. Café, a company that utilizes coffee from his own family’s farm in Colombia to import and distribute their product in the United States.

Bedoya has his hands in a few other ventures as well. The MNT midfielder created BrightHill Partners which focuses on both short and long term investments in real estate. Additinoally, he is an investor in Icnclast, a talent agency for artists whose goal is to help move culture forward through the pursuit of design excellence.