Five Things To Know About the 2017 Tournament of Nations

#ToN2017: Watch it on the ESPN Family of Networks

From July 27 to August 3, U.S. Soccer is set host its second four-team elite international tournament of the year as Australia, Brazil and Japan come to the USA for the inaugural Tournament of Nations. The event will take place in three venues along the west coast; CenturyLink Field in Seattle, Qualcomm Stadium San Diego and at StubHub Center in Carson, California. The round-robin tournament will feature three doubleheaders.

The USA is currently ranked first in the world, Japan is sixth, Australia is seventh and Brazil is eighth. U.S. Soccer is planning on hosting this tournament every summer during the years that do not feature a World Cup or Olympic Games. Next year’s tournament will feature the same four teams.

All six games will be broadcast on the ESPN family of networks, with all non-USA games streaming live on ESPN3. Fans can also watch online on WatchESPN. You can also follow along on Twitter @ussoccer_wnt and Instagram ussoccer_wnt.

The tournament format will be the same as the SheBelieves Cup last March. The winner of the round-robin competition will be based on total points (three for a win, one for a tie), with the first tie-breaker being overall goal difference, followed by most total goals scored, then the head-to-head result and lastly, FIFA Ranking if necessary.

USA vs. Australia, Brazil and Japan

Against Brazil, the USA is 26-3-5 all-time in a series that has featured some epic matches, including the gold medal games of the 2004 and 2008 Olympics, both U.S. wins in overtime, a semifinal loss for the USA at the 2007 FIFA Women’s World Cup and a penalty kick win during the quarterfinal at the 2011 FIFA Women’s World Cup that featured Abby Wambach’s last gasp header in overtime, one of the most famous goals in U.S. history. 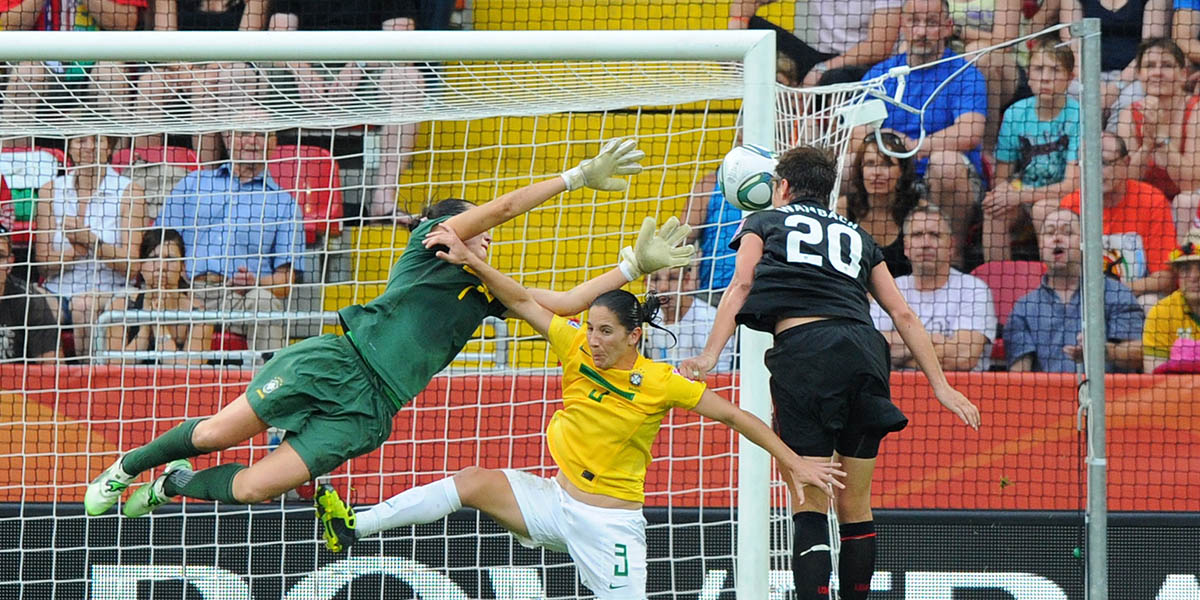 The USA and Japan have played 33 times, and the USA leads the series with a 26-1-7 record. The two teams have met in some of the most exciting women’s international soccer matches ever played, including three of the last four world championship finals.

The Significance of #ToN2017

Following in the footsteps of the SheBelieves Cup, the Tournament of Nations brings together some of the best women’s soccer players and teams in the world while celebrating the increasingly competitive nature of the women’s game worldwide.

While the SheBelieves Cup emphasized the U.S. WNT’s campaign to inspire young girls and women to believe in their dreams, themes that are at the forefront whenever the USA plays a match, the 2017 Tournament of Nations will focus on the ability of international soccer to create connections across geography and culture. The Tournament of Nations is a competition that speaks to the diversity of our fans and their respect for the game world-wide, which facilitates global connections both on and off the field.

What's in a Name

All three of the USA’s opponents at the Tournament of Nations have unique and cool nicknames. Brazil is known as the Canarinhas, or female canaries in Portuguese, for the yellow color of the traditional Brazil jersey that is well-known in all corners of the world. Australia is known as the Matildas, for the popular song "Waltzing Matilda" which has been described as the country's unofficial national anthem. The Japan Women’s National Team is known as Nadeshiko, a Japanese term meaning “the personification of the idealized Japanese women.”