Five Things to Know About Portugal

The U.S. Men’s National Team will put on a fresh face when it takes on defending European Champion Portugal in its final match of 2017 on Tuesday, Nov. 14 in Leiria (3:45 p.m. ET; FS1, UniMás and UDN). Here are five things you should know about the third-ranked team in the world:

While Portugal is now heralded as one of the best teams in the world, the road to joining the world's elite spanned decades. While A Selecção failed to qualify for a FIFA World Cup until 1966, their trip to England that year provided mighty fruitful. Led by legendary striker Eusébio, Portugal went a perfect 3-0-0, including a 3-1 win against two-time defending World Cup champion Brazil in the Group Stage. A 5-3 win against North Korea in the Quarterfinals led into their 2-1 Semifinal defeat to hosts England, but they made amends by defeating the Soviet Union 2-1 in the Third Place Match.

That memorable appearance would be the nation’s last at a major tournament until another third-place finish at the 1984 European Championships. While the senior team had found only intermittent achievement, Portugal’s current lineage of success can be traced back to its youth sides, when the nation won back-to-back FIFA U-20 World Cups in 1989 and 1991.

Featuring the likes of Luís Figo, Rui Costa, Jorge Costa and Joao Pinto, the core of those squads made up Portugal’s “Golden Generation” and eventually led the senior team back to the big stage beginning with qualification to Euro ’96 in England. Portugal has qualified for each of the last six European Championships and five of six FIFA World Cups.

Of course, the line of succession from Eusébio and Portugal’s “Golden Generation” has carried on in the form of three-time FIFA World Player of the Year, Cristiano Ronaldo. The Real Madrid attacker has been instrumental in leading his nation to a runner-up finish at Euro 2004, third place at the 2006 FIFA World Cup and its most recent triumph, the 2016 European Championship.

History with the U.S. MNT

Having first met in 1978, the teams stand an even 2-2-2 in six all-time meetings. Four friendlies (three in Portugal and one in the USA) dominated the early series between the sides, with the two most recent meetings coming on the World Cup stage.

Making their first World Cup appearance since 1966, Portugal were heavy favorites in the opening match of the 2002 FIFA World Cup, but the USA had other ideas as John O’Brien’s fifth minute strike and Brian McBride’s diving header were sandwiched around an own goal, propelling the USA an incomprehensible 3-0 lead after 36 minutes. From there, the MNT held on against the Portuguese onslaught, securing a 3-2 victory and one of the USA’s biggest World Cup triumphs.

The teams would meet again at the World Cup 12 years later in Manaus, Brazil. This time it was Portugal that ran out to a fifth minute lead through Nani, but the USA roared back in the second half, using a beautiful strike from Jermaine Jones in the 64th minute before Clint Dempsey chested home the go-ahead goal with nine minutes remaining. Just as it looked like the USA would depart the Brazilian jungle with another World Cup victory, Portugal snatched a point back on the last kick of the game, when Cristiano Ronaldo’s cross from the right picked out Silvestre Varela who headed home the equalizer in the fifth minute of stoppage time.

The Nov. 14 match will mark the first friendly between the two sides since 1992 and the USA’s first visit to Portugal since 1990.

Put simply, Portugal are riding high at the moment. Currently sitting third in the FIFA rankings, A Selecção qualified directly for the 2018 FIFA World Cup by going 9-1-0 in UEFA Group B. Their trip to Russia next summer comes on the heels of the team winning Euro 2016 – the nation’s first major championship.

Having led Portugal to its fifth-consecutive World Cup, head coach Fernando Santos will utilize his team’s November friendlies against Saudi Arabia (Nov. 10) and the USA (Nov. 14) to fine-tune his squad for Russia.

The Country and Flag

Portugal is the western-most country in continental Europe and shares the Iberian Peninsula with Spain, which borders the country to the east and north. Portugal is bordered to the west by the Atlantic Ocean, with the body of water providing the nation a strong seafaring and fishing tradition. 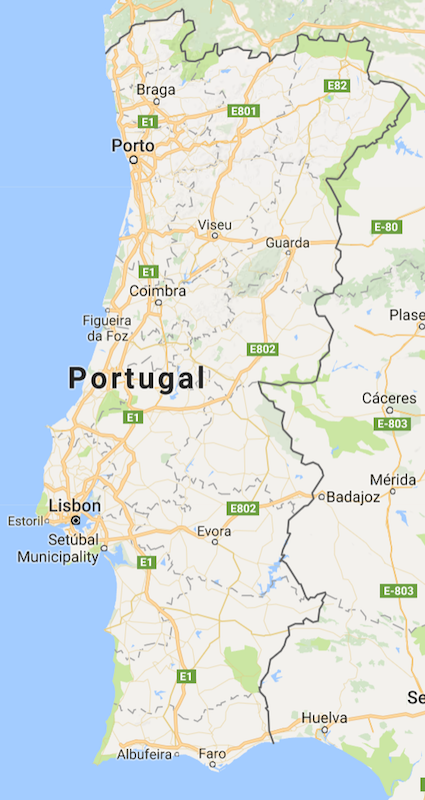 The Portuguese flag is mainly two colors: green and red. The green is said to represent the hope of the Portuguese people, while the red symbolizes the blood of those that have died at service to the nation.

The symbol placed over where the red and green colors meet represent a variation of things: the white shield and five blue shields represent five past kings, the seven castles around the white shield signify the fortified locations that original king Don Afonso Henriques conquered from the Moors, while the yellow sphere represents the new world that Portuguese discoverers found in the 15th and 16th centuries. 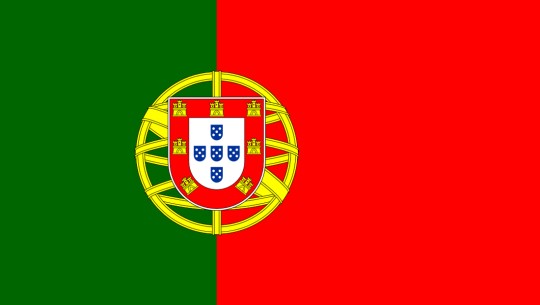