One of 11 players to make their senior team debuts in 2017, midfielder Kenny Saief's path to the U.S. Men's National Team is an intriguing one.

Here are five things to know about the MNT midfielder who has just signed with Belgian giants Anderlecht:

The story of how Kenny Saief (pronounced: Seff) was born in the U.S. is a fascinating one, relating to his family’s practice of the Druze religion. After his parents’ marriage, their attempts to have a child proved unsuccessful resulting in their desire to seek advice inside their faith.

Carrying out a coffee drinking ritual, a religious advisor looked at the way the grounds rested in the cup after they finished and interpreted that they needed to travel abroad to change their fortunes.

“They could see the shape that the coffee grounds formed in the cup and symbolized the need for them to travel out of the country in order to have kids,” Saief said in describing the practice.

“They decided to come to the United States and my father started working here. After three years I was born in Panama City, Florida.” 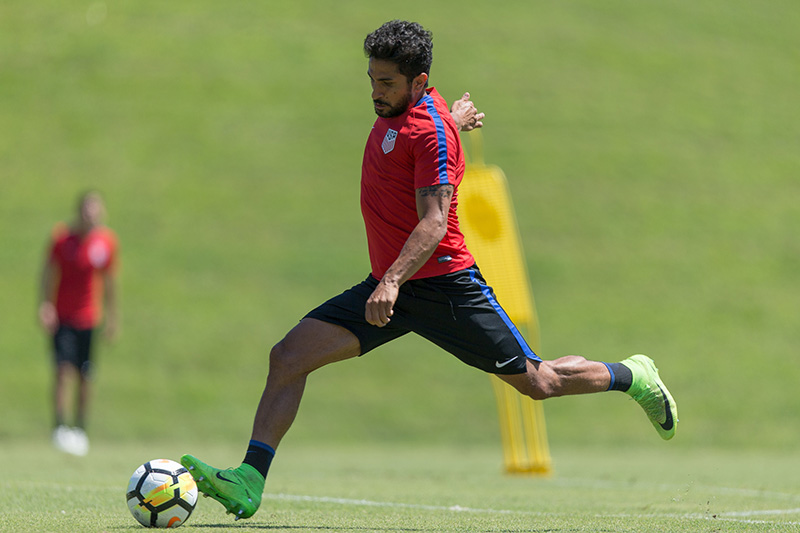 Having spent his first three years of life in Florida, he moved back to Israel after the death of one of his grandfathers. The return was originally only supposed to be short-term, but when his other grandfather passed, his parents elected to stay in Israel in order to be with the family.

Though his parents weren’t citizens, Kenny’s birth on U.S. soil granted him American citizenship, paving the way for him to represent the U.S. Men’s National Team.

“People look at how that happened and will think it may be little strange. I look at it today and think it all worked out pretty well,” he said with a smile.

Early Career and Move to Belgium

Beginning his youth career with famed Israel club Maccabi Haifa in 2005, the attacking midfielder bounced between the Academies of Hapoel Haifa, Maccabi Netanya, and Beitar Nes Tubruk. During this time, he also turned out for Israel’s youth national teams. While playing internationally, Saief impressed scouts on a trip to Germany and was invited to join the 1860 Munich Academy where he was briefly teammates with MNT striker Bobby Wood in 2010.

“He was a good friend for me,” Saief remembered. “We still keep in touch and talk once and a while – not about football, but just as friends and about life.” 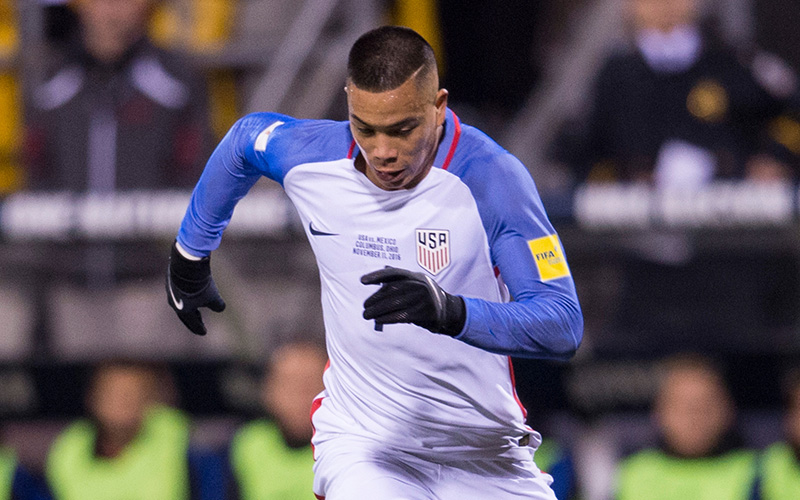 After a stay in Germany, Saief returned to Israel to play for Bnei Sakhnin and eventually made his professional debut with the club as a 17-year-old in January 2011. Though he got an early professional run-out, Saief found scarce playing time and later moved between the first teams of Hapoel Haifa and Ironi Kiryat Shmona, before settling with Ironi Nir Ramat Hasharon.

“Early on, I had a difficult period finding playing time as a young player,” Saief said. “Ironi Nir Ramat Hasharon was a lower team in the Israeli First Division where I could play a lot and show myself.”

Saief scored nine goals in 28 matches at the club, and at the same time was performing well with the Israeli youth teams. That effort eventually attracted interest from abroad, where he found a home with Belgian Jupiler League side Gent in August 2014. The winger saw his career begin to take off in Belgium where he helped De Buffalos to top four finishes each of the past three seasons.

As a result, Saief turned out for the club in the 2015-16 UEFA Champions League, and more recently played a big role in the club’s UEFA Europa League campaign tin 2016-17. Playing 13 matches in the competition, Saief tallied a goal in a 2-0 early-round win against Konyaspor and played both legs of the club’s 3-2 aggregate upset of Tottenham Hotspur in the Round of 32.

Having come through the Israel National Team program, Saief earned two caps for the senior team in 2016, coming on as a substitute in friendly losses to Croatia in March and Serbia in May.

Though he played in official competition with the Israeli youth teams, the friendly appearances with the full team did not tie him to the Israeli Football Association, keeping the door open for his one-time switch to the United States.

In spring 2017, conversations initiated between Saief and the U.S. Men’s National Team staff got the ball rolling on the player filing a one-time change of association request with FIFA.

On June 2, 2017, Saief was included on the USA’s 40-man preliminary roster for the CONCACAF Gold Cup, and 15 days later his change of association request was approved, paving the way for him to be a part of the 2017 Gold Cup team. 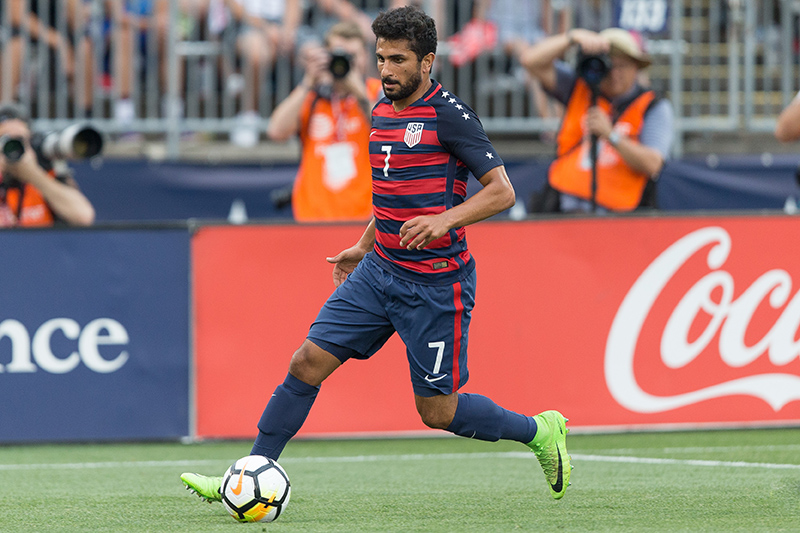 Having anticipated the trip to join MNT camp, Saief opened up about his feelings when he arrived June 25 in Nashville.

“It was very special. I was very excited to meet the guys and the people here that helped me with the paperwork to switch. It was a really special moment for me. When I got my clothes from here and put it on, I was looking at the U.S. crest. I called my mom first to tell her I got here and told her about my new U.S. National Team gear. She asked me to send a picture, so I took a selfie and sent it to her.”

“My family is very proud,” he said. “They’re all behind my decision and wanted me to be here, so it’s a special moment for them also.” 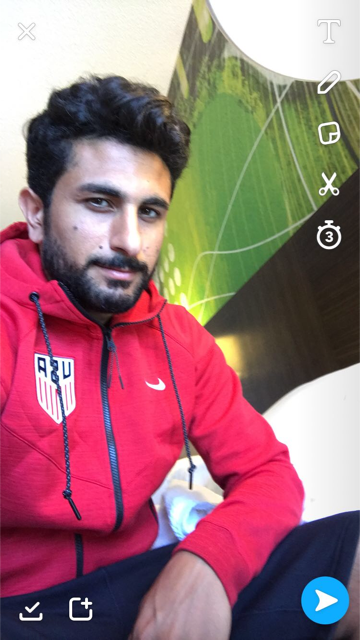 Saief made his international debut on July 1, 2017, coming on as a 71st minute substitute for Joe Corona in a 2-1 win against Ghana in East Hartford, Conn. While the debut was special, the midfielder had a groin injury flare up which forced him to withdraw from the Gold Cup roster.

Injury Return and a New Club

Upon returning to Belgium, Saief underwent hernia surgery which kept him from taking part in the beginning of the Jupiler League season and his recovery was stalled further when he was diagnosed with a stomach infection. The two ailments delayed the winger's season debut to Nov. 24 and saw him make just five competitive appearances for Gent before the Belgian winter break.

In search of more playing time, Saief completed a loan move to Belgian giants Anderlecht on Jan. 5, 2018, where he reunited with Hein Vanhaezebrouck, the former manager at Gent who signed the young winger with De Buffalos in 2014.

With the switch, Saief follows in the footsteps of MNT midfielder Sacha Kljestan, who was a beloved player Constant Vanden Stock Stadium from 2010-15.