Walker Zimmerman Has Plenty of Goals for 2018

A year ago, Walker Zimmerman was just completing the initial week of his first U.S. Men’s National Team camp. A month of hard work eventually led to the rising center back earning his first MNT cap, going the full 90 minutes and looking comfortable in a 1-0 win against Jamaica.

“I think just realizing that you belong at this level is the main [takeaway],” he said after that game. “Training with all these amazing players in camp, performing well in camp and in the game, all you can do is put your best foot forward and put the effort in and the rest is up to the coaching staff.”

One metric for success in January Camp – perhaps the only one for first timers - is whether or not a player is included on future rosters. It’s not always easy to break into a well-established group of players, and in the case of last year especially one trying to qualify for the World Cup. But Zimmerman was one of a few players to earn another call, joining the MNT for its crucial set of World Cup Qualifying matches during the March window, and though he didn’t play in either game, his presence was instructive that perhaps we’d see him again in the future. 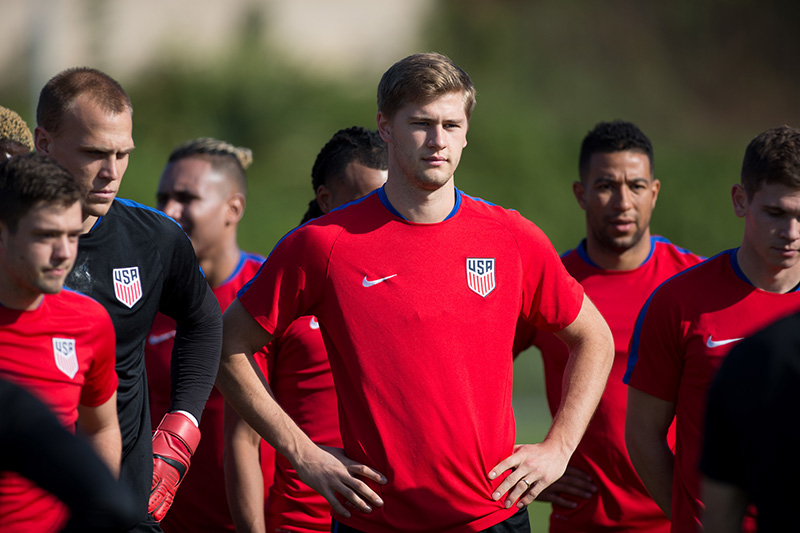 Arriving back in January Camp this year, Zimmerman is part of a group pushing the MNT forward after the team’s narrow miss on qualification for the 2018 FIFA World Cup. At 24, he’s at the exact median of age for the roster, but is no longer the fresh face in camp. Though he only has one cap, it’s one more than 15 of the 29 players on the roster.

“It’s definitely a different dynamic, not only for myself, but for the group,” Zimmerman told ussoccer.com. “There’s a lot of young guys here and I think it presents an opportunity for me to step up and become more of a leader and in a sense a veteran presence. My mentality has been pretty similar to last year. Come in, stay humble, work hard and embrace the grind of January Camp for all that it is.”

The camp will also allow him to get an early adjustment to his new home, with FC Dallas trading the center back to MLS expansion side LAFC last month. Zimmerman said he was excited to get to work with former U.S. Men’s National Team head coach Bob Bradley and be part of a new team with a fresh slate.

“I got to meet Bob last month and obviously he has a ton of experience and insight from being all over the world. He’s a manager I definitely respect and I know I can learn a lot from him and his staff. I’m sure the things I learn with my club can help me on the international level as well. There’s a lot of appeal right now with LAFC, and I definitely think there will be some carry-over and positive effects that can translate from LAFC to the National Team.” 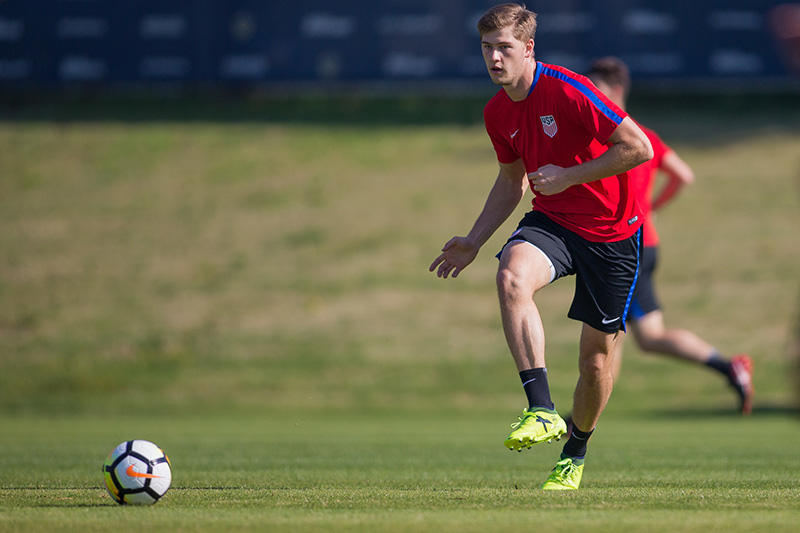 Along with approaching January Camp the right way, the new LAFC center back has goals, beginning with trying to make the starting XI for the MNT’s end-of-camp friendly on January 28 against Bosnia and Herzegovina.

From there, he wants consistency for himself on the international level.

“I don’t want to set any goal too low. I want to make it attainable, but something that I’m chasing on an individual level would be getting called in each and every camp. It’s about not only being in and out, but trying to become a staple here. I’m trying to take every opportunity seriously and knowing how much that can do for your career.”

And aside from the personal goals, Zimmerman wants to be part of the group that pushes the program past the disappointment of missing the World Cup and towards qualification for 2022.

“There’s a lot of motivation from a lot of players – myself included – to make sure this doesn’t happen again. We can become a team that sticks together and we can approach 2022 from this day right here. We don’t want to start getting serious come qualifying time. We want to set the tone now, set the tone for the group for years to come and hopefully just continue to create the culture and pride that we know we have in this country. I’m proud to play for this team each and every time.”