2018 Olympic Champions Will Be Honored at Halftime at Red Bull Arena in Harrison, N.J.
February 26 2018

"We're beyond thrilled to have the women's hockey team honored at our game," said U.S. WNT head coach Jill Ellis. "To have such amazing athletes, role models and competitors from both sports at the SheBelieves Cup is a perfect synergy of this tournament’s message and women’s sports.” 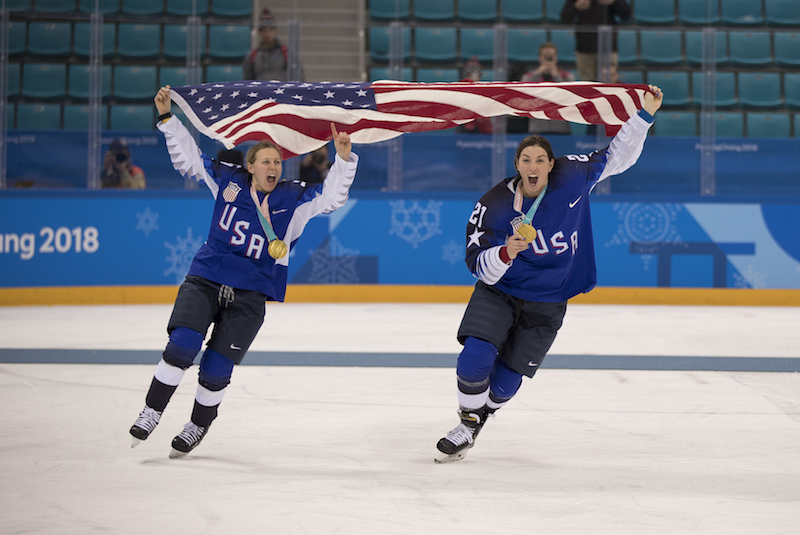 The honor will be part of a multiple-city tour across the country that will take the U.S. Women’s Ice Hockey Team to Los Angeles, Tampa, Washington, D.C. and New York City for media opportunities and appearances before players return to their home markets to continue the celebration.

Mood ALL day for our fellow #USWNT.

The USA is coming off a dramatic and thrilling 3-2 shootout victory against Canada in the gold medal game on Thursday, Feb. 22, in Gangneung, South Korea, that will go down as one of the greatest women’s team sporting events in Olympic history.

The victory gave the United States its second gold medal in women’s ice hockey after claiming the inaugural ice hockey gold medal at the 1998 Olympic Winter Games in Nagano, Japan. The U.S. Olympic Women’s Ice Hockey Team has medaled in all six Olympic appearances to date, taking gold in 1998 and 2018, silver in 2002, 2010 and 2014 and bronze in 2006.

PSA from our fav #TeamUSA hockey team in PyeongChang! 🥇 Sound up as one #USWNT unveils another!#SheBelievesCup » https://t.co/yuLVzmjHjN pic.twitter.com/3NTDO5xwqA