The 2018 SheBelieves Cup came to an end on March 7 in Orlando, Fla., as the U.S. Women’s National Team defeated England, 1-0, in the final game of the tournament. The victory gave the USA its second championship in the three years the SheBelieves Cup has been contested. After only 11 and nine goals overall were scored in 2016 and 2017, respectively, this year broke a few tournament records.

2 Number of own goals scored by England (and a third took a deflection off defender Millie Bright, but was credited to
France’s Gaetene Thiney)

2 Players that scored for the USA (Mallory Pugh and Megan Rapinoe).
The third U.S. goal was an own goal, but Rapinoe sent in the cross that England knocked into its own net 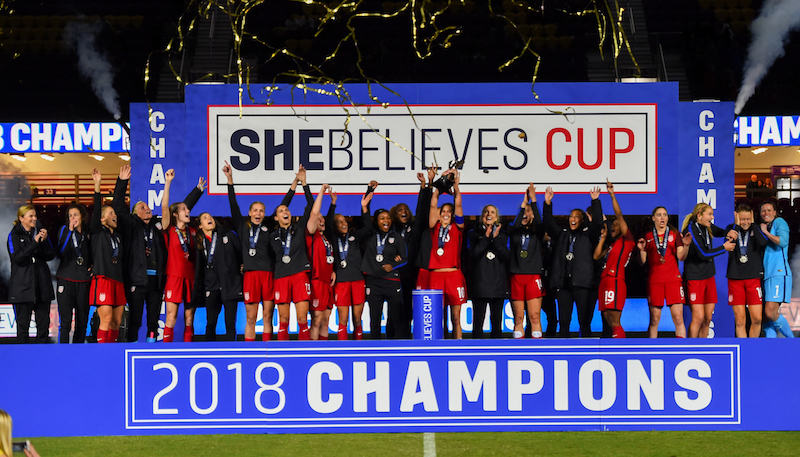 The U.S. WNT won its second SheBelieves Cup title with a 1-0 victory against England on March 7 in Orlando.

3 Players on the USA roster who played all 270 minutes of the tournament: Alyssa Naeher, Abby Dahlkemper and
Tierna Davidson

3    Total number of goals the USA scored in the tournament

3   Most goals scored in a half of a SheBelieves Cup game, by England in the 4-1 win vs. France on March 1

4   SheBelieves Cup record for most goals scored by one team in a single game set by ENG during their match vs. FRA 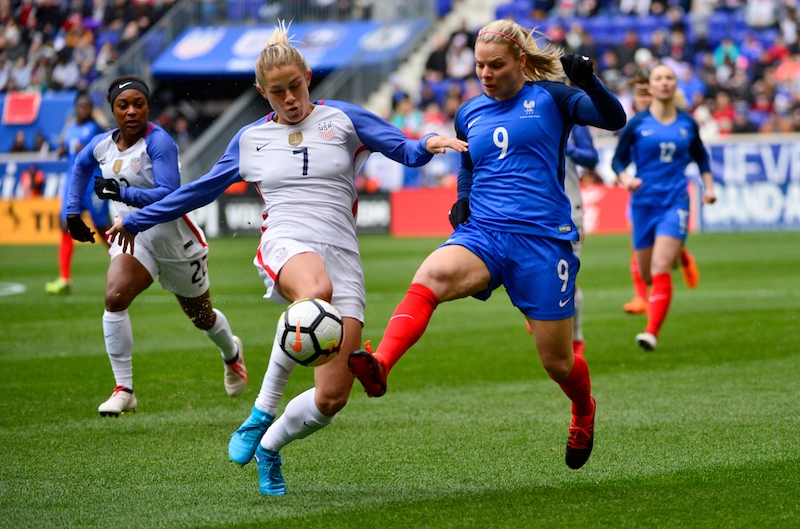 Eugenie Le Sommer (right) was the leading scorer for France at this year's tournament.

7             Players on the USA roster that were in every starting lineup during the tournament: Naeher, Dahlkemper, Davidson,
Pugh, Alex Morgan, Rapinoe and Lindsey Horan 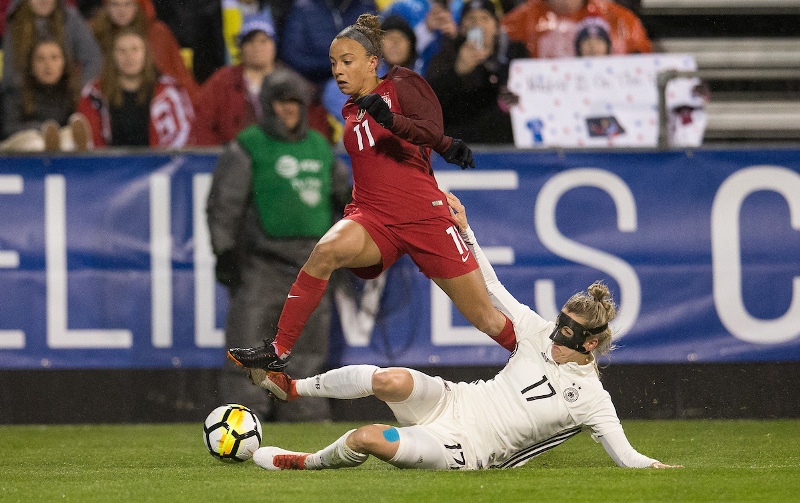 Mallory Pugh was one of two U.S. goal scorers in the tournament. 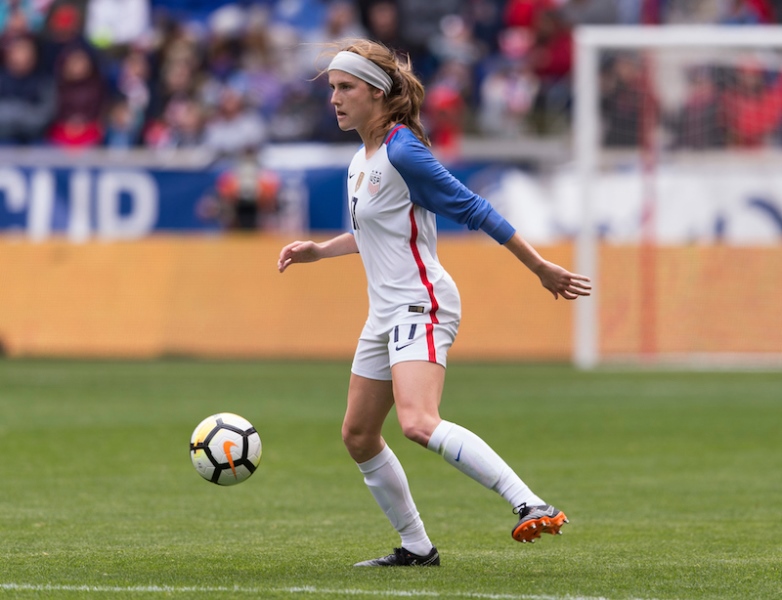 The youngest player on the U.S. roster was 19-year-old Tierna Davidson. She started all three games, playing every minute.