Five Things to Know About Bolivia

A fresh-faced U.S. Men’s National Team roster has come together in Philadelphia to take on Bolivia on May 28. Before the USA takes on La Verde at Talen Energy Stadium in Chester, Pa. (6:30 p.m. ET; FS1, UniMas, UDN), here are five things to know about the South American squad.

A member of South America’s formidable CONMEBOL region, much of Bolivia’s footballing history centers on its fortress of a home field. Estadio Hernando Siles, named after a former Bolivian president, sits at nearly 12,000 feet above sea level in La Paz. At almost 5000 feet higher than Mexico’s famed Estadio Azteca, Estadio Hernando Siles is one of the highest altitude stadiums in the world.

The thin air pays dividends for Los Altiplanicos, which translates to “the Highlanders.” During the last four World Cup Qualifying cycles, Bolivia has won 14 games, and every one of those victories came at the Hernando Siles. It has also played host to all but three of 13 draws for Bolivia in that period.

Almost all of Bolivia’s greatest football moments have taken place in the stadium’s challenging environment. In qualification for the 1994 World Cup, its last World Cup appearance, La Verde handed Brazil its first qualifying defeat in 40 years. The high-altitude home field also served as one of two host venues for Bolivia’s greatest triumph: wining the 1963 South American Championship (now known as Copa America). More recently, La Verde finished as runner-up when it hosted the tournament once again in 1997.

Bolivia’s home field advantage has come under scrutiny from FIFA. In May 2007, the sport’s world governing body banned international matches from being played at higher than 8,200 feet above sea level. After uproar from Bolivia and other Latin American countries, FIFA raised the limit and granted a special exemption for the Hernando Siles.

The average age of the MNT roster summoned for the latest installment of USA-Bolivia is just under 23 years old. Bolivia’s history with the USA stands at just a few years older, as the teams faced off for the first time only 25 years ago, a scoreless draw on May 23, 1993 in Fullerton, Calif.

The two nations have played six times since as the red, white and blue have compiled a 1-2-4 overall record against La Verde. A 1995 Copa America clash is the only meeting in official competition. Most recently, the USA took on Bolivia as a final warm-up before the 2016 Copa America Centenario. Making just his third senior MNT appearance, then 17-year-old Christian Pulisic became the youngest player to score a goal for the USA in the modern era with a 69th minute strike. The game and the milestone goal occurred two years to the day before this year’s clash with Bolivia.

Bolivia also played a part in U.S. soccer history as an opening match participant in the 1994 FIFA World Cup. After qualifying for its first World Cup in more than 40 years, Bolivia met reigning champion Germany at Soldier Field in Chicago to kick off the tournament. La Verde showed well for the crowd of 63,000 fans, but fell 1-0.

Bolivia failed to qualify for the 2018 FIFA World Cup from a hypercompetitive CONMEBOL qualifying group. Though the team was eliminated prior to a final international window frenzy that featured seven teams in contention for three-and-a-half World Cup spots, Bolivia proved a tough opponent during the course of qualifying.

A September victory against Chile proved to be a knockout blow in the elimination of the reigning confederation champs, and a 2-0 takedown of Argentina last March left La Albiceleste’s World Cup hopes hanging by a thread until the final matchday.

Bolivia is 4-4-2 since the start of 2017. The country played its first matches since World Cup qualification during the March international window: a two-game friendly set away at Curaçao. La Verde drew 1-1 with the Caribbean nation in their first fixture, then fell 1-0 two days later to the Concacaf foe.

Bolivia head coach Cesar Farias has called in a very green roster for La Verde, as 11 of 22 players will look to earn their first caps. Goalkeeper Carlos Lampe comes in as the team’s most experienced player with 21 international appearances.

Seventeen of the 22 players called to Philadelphia ply their trade domestically, led by six players from Oriente Petrolero, one of the league’s most successful teams spanning the last decade. Forward Bruno Miranda is Bolivia’s sole U.S.-based player. After a loan spell with the Richmond Kickers earlier this season, he’s recently returned to D.C. United.

Sometimes known as the “Tibet of the Americas,” Bolivia is famous for its biodiversity. Named after South American revolutionary leader Simon Bolivar, it’s one of two landlocked countries in South America. The USA faced the other, Paraguay, in its last international friendly.

From the peaks of the Andes to dense rainforests, desert-like valleys and sweeping savannahs, 40 percent of all animal and plant life on Earth can be found in Bolivia. The country’s elevation ranges from around 200 feet above sea level to almost 21,500 feet at its highest point. Home to nearly 3,000 animal species call Bolivia home, including pink dolphins that inhabit the country’s stretch of the Amazon River.

In the highlands of the Andes, La Paz serves as home to the famed Estadio Hernando Siles. It also stands as the highest capital city in the world. A clock runs backwards on the city’s Congress building to encourage Bolivians to think differently. Bolivia thinks differently in the location of its government, as La Paz is actually one of two capitals. One of 15 countries with multiple capitals, La Paz hosts national administration while Sucre serves as the official constitutional capital. 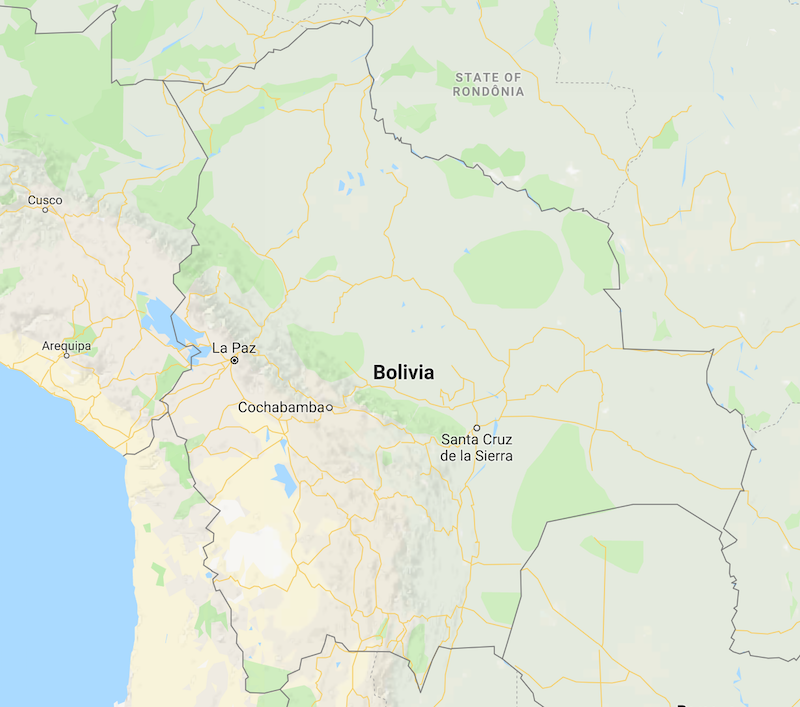 Bolivia’s Andes are also home to Lake Titicaca, the largest lake in South America and the highest navigable lake in the world. Southern Bolivia hosts the world’s largest salt flat, Salar de Uyuni. Recently used as a shooting location for the climactic finale of last winter’s “Star Wars: The Last Jedi,” the flat’s occasional smooth, reflective appearance has earned it a nickname as “the World’s Largest Mirror.” An abundance of biodiversity and natural wonders lead Bolivia to pass the unique “Law of the Rights of Mother Earth” in 2010. It grants nature the same rights as humans.

The diversity of the country’s population matches its ecology. Bolivia has 37 official languages, Spanish and 36 indigenous tongues, spoken by the largest proportion of indigenous people in Latin America.