After winning the Silver Boot at one Youth World Cup, captaining the USA at another and signing a professional contract in Germany, 2017 was a year Josh Sargent will never forget. Now he embarks on the next step of his career with Werder Bremen and as an emerging striker for the U.S. Men's National Team
Dan SantaromitaJuly 16 2018
RISING

It didn’t take long for Josh Sargent to show signs of being a talented soccer player.

In fact, it was his first game that gave his father Jeff a clue.

“He had just played with me in the living room or the back yard or whatever,” Jeff Sargent said. “And I was like, ‘Oh, he might be pretty good here,’ but we didn't know.”

When his parents signed him up to play on his first team, Sargent was just three years old. There was no league for kids that age in the St. Louis suburb of O’Fallon where they lived, but that didn’t stop them.

“We kind of had to fib and say he was four, so we put him on the team,” Jeff Sargent said. “His first game he scored nine goals, so we were like, ‘Hmm…’” 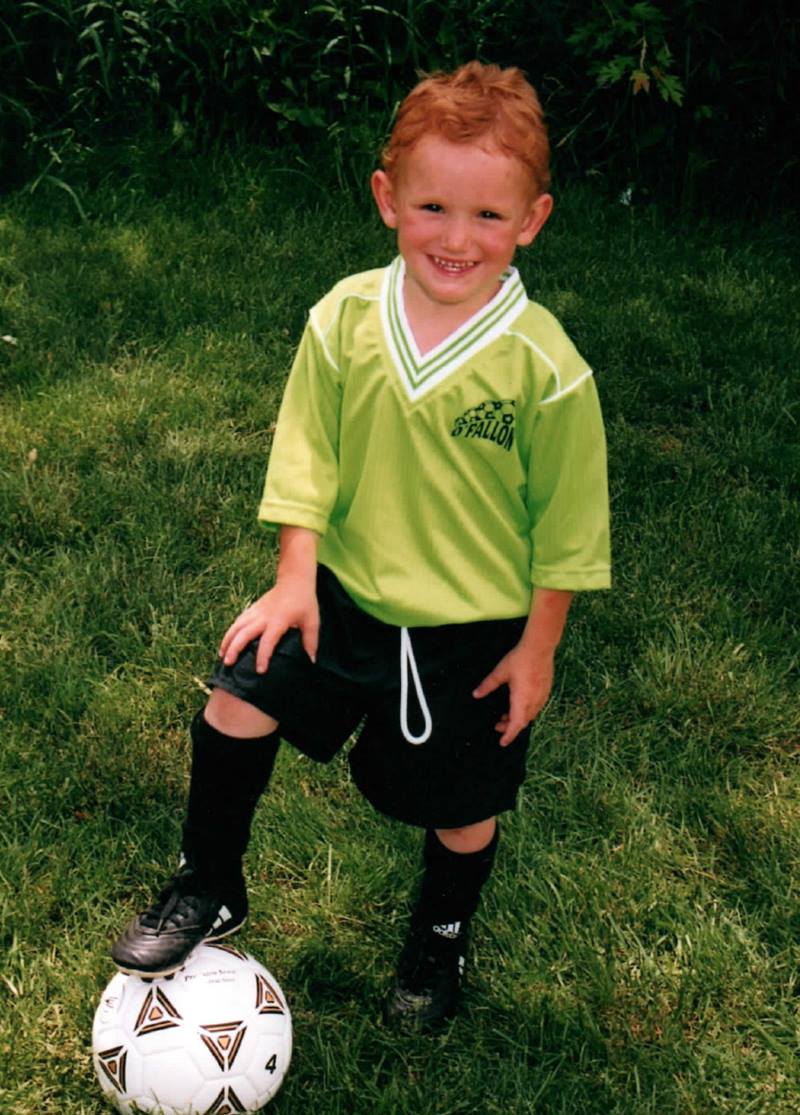 That game was 4-on-4 so the goal total may be somewhat inflated, but Jeff Sargent said Josh was born with the instinct of “get the ball, go to the goal.” That first team started a trend of Sargent playing in an age level higher than his own. That has yet to stop for the 18-year-old forward.

During part of Sargent’s time with academy club St. Louis Scott Gallagher, he played two years up with the U-16s. Kevin Kalish, one of his coaches at Gallagher and currently the head coach of Saint Louis University’s men’s team, said he still stood out against some of the best competition in the country.

Sargent’s talent was always clear to Kalish, but his performance in the 2015 U-16 Development Academy playoffs took things to the next level. He had turned 15 just four months before the playoffs and Gallagher drew FC Dallas, the eventual national champion, and the LA Galaxy, another one of the top academy’s in the country, in the group stage.

“When he performed in that type of setting he was clearly the most dangerous, and in my opinion the best player on the field,” Kalish said. “Every time he touched the ball he was a threat to score. He was doing this against two top academies in the country and he was playing up. For me that was a moment that I felt like he really had the ability to go on and do special things in the game.”

Sargent has continued playing up a level or three, even on the national team stage. Kalish said his physical profile and his well-rounded game are reasons as to why he is able to handle the jump.

Both of Sargent’s parents played multiple sports, including soccer, in college. His dad played soccer and basketball at Sangamon State University, now known as Illinois-Springfield. His mom, Liane, played soccer and softball at Southern Illinois-Edwardsville. 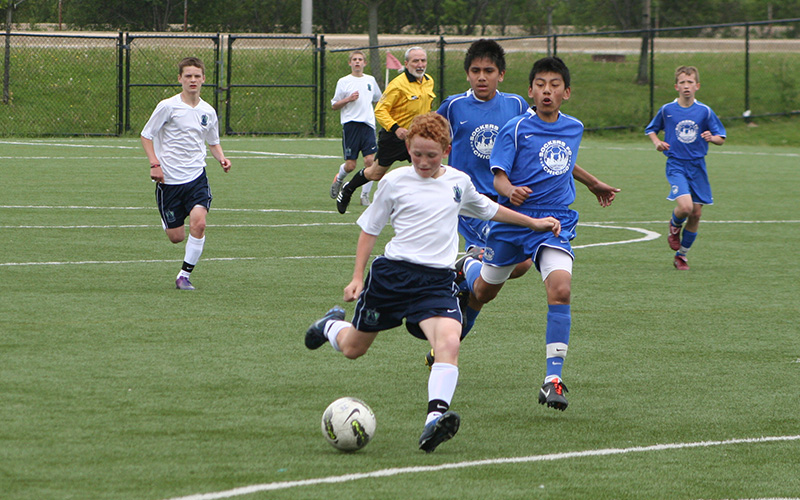 Sargent himself played several sports growing up, but his ability to consistently score goals in soccer made it the discipline that won out.

“That's when things really started getting a lot more serious and it was more competitive games and the coaches were expecting a lot more from me,” Sargent said. “I think Gallagher and their coaches did a really good job of nurturing me into a better soccer player.”

While flourishing at Gallagher, things picked up on the youth national team level for Sargent, where he got his first call-up with the U-14 Boys National Team.

Sargent recalls being in U-14 and U-15 camps and looking up to the players in the U-17 residency program like Christian Pulisic and Haji Wright. Then when the time came, Sargent joined headed to join the U-17 MNT in Bradenton, Fla.

“To this day I think it was the best thing that's ever happened to me,” Sargent said. “Being in an environment surrounded by the best players in the country just pushing you every day with good coaches like John Hackworth and Shaun Tsakiris (pictured below).” 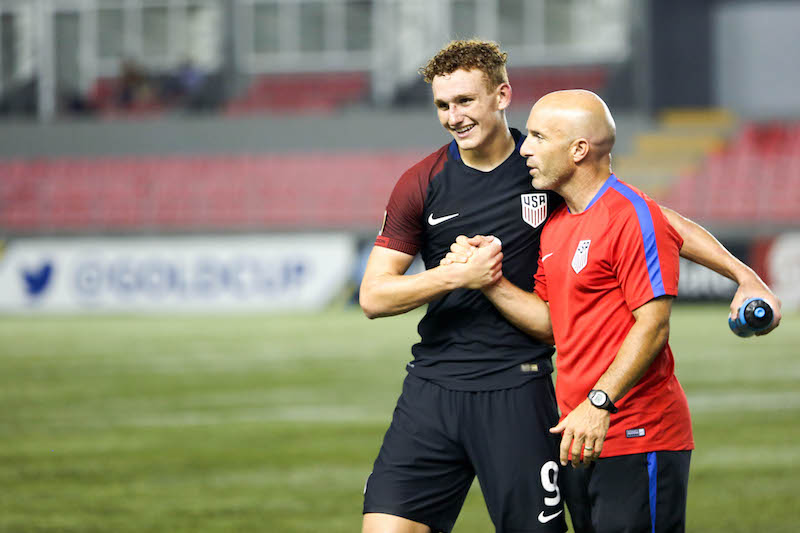 Sargent captained the U-17 MNT during the 2017 Concacaf U-17 Championship. It ended up being a tournament that sparked a whirlwind year for the budding striker. He scored five goals in six games, including two in a group stage win against Mexico, and was named to the tournament’s Best XI.

His scoring acumen lent itself well to the U-20 MNT’s World Cup needs. Just 15 days after the final, he was with the team in Korea Republic and starting in its first group stage match against Ecuador in South Korea. He scored two goals.

“Their first game was like 3 a.m. St. Louis time,” Jeff Sargent said. “I set the alarm and it went off at 3 and I'm like, ‘Oh yeah, he's probably not going to play until the end anyway.’ I almost slept in, but I was like, ‘Nah, I'll get up and watch.’ I’m coming down my stairs and turned the TV on and they're playing the national anthem and there's Josh in the starting lineup. It caught me by surprise and then he did well so it was awesome to watch.”

Sargent, the youngest player on the roster at 17 years old, became the youngest U.S. player to score in a U-20 World Cup. He scored two more goals in the tournament to win the Silver Boot. The U.S. went out in extra time to Venezuela in the quarterfinals. 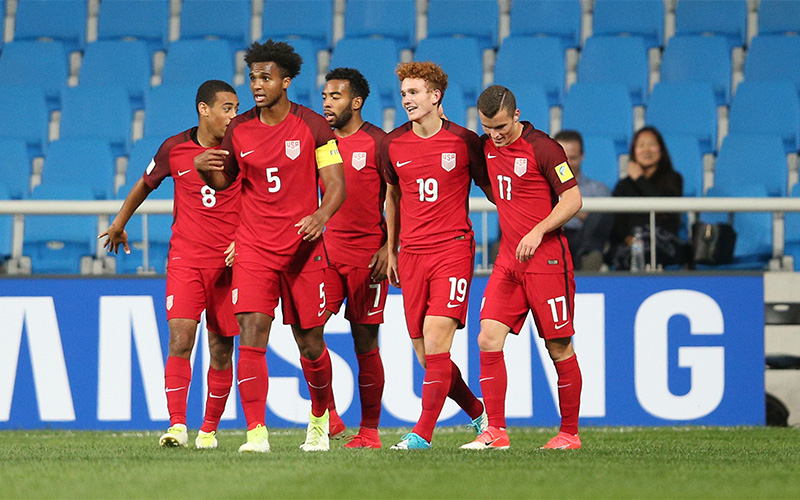 “With the U-17s and the U-20s it was completely different roles,” Sargent said. “With the 17s obviously being the captain and a leader, and with the 20s like three days later I was going into a team that I had barely known and I didn't even know if I would play at all in the World Cup. I thought I was just going for a good experience and everything. I had to change my mindset very quickly.”

After starting all five games at the U-20 World Cup, Sargent was back captaining the U-17s at another World Cup four months later in India. He scored three more goals and added another quarterfinal appearance.

“Quarterfinals are great and everything,” Sargent said. “I mean it's a good step, but I think obviously we want to get better and better and get to the semifinals and the finals and win championships. I think it's going in the right direction and I think we have a lot of potential with our youth teams and hopefully we just keep building and win championships someday.”

By the time he headed to India for the U-17 World Cup in October, he had already agreed to sign with German Bundesliga club Werder Bremen. His hectic and impressive year had caught the eye of plenty of clubs around the world.

He had previously trialed with Dutch club PSV Eindhoven. They offered him a contract, but, as Jeff Sargent put it, the family wasn’t ready yet. Sargent also trained with Sporting Kansas City in Major League Soccer and they made a Homegrown contract offer as well. Other German teams -- Stuttgart, Schalke and Borussia Monchengladbach among them -- also showed interest. Manchester City was among a couple Premier League teams to test the waters.

Bremen managed to stand out though. Knowing fellow Americans Pulisic and Weston McKennie found success in the Bundesliga as teenagers was a selling point for Sargent. An in-person visit convinced him Bremen was where he belonged.

“When I came to Bremen they were just very straight forward telling me who I'd be with, what my plan is, and I think it was just the best plan for me,” Sargent said. 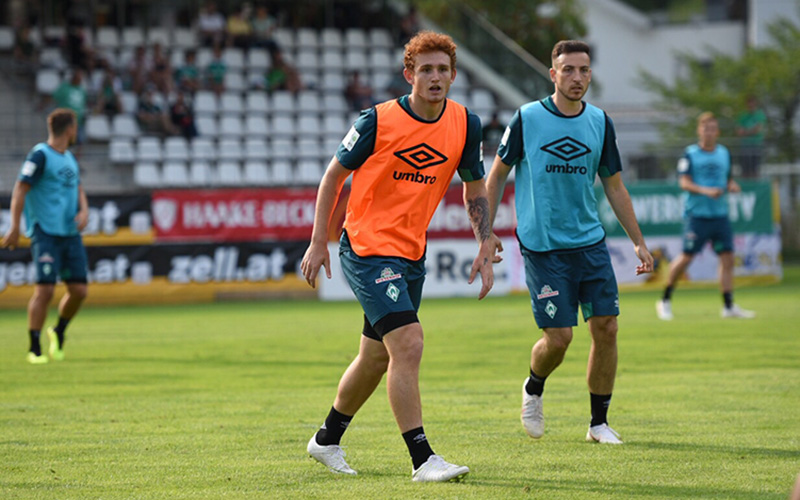 Because his 18th birthday came just 20 days after the end of the winter transfer window, he couldn’t play in official matches with any team. While it was a small setback, it did allow Sargent to ease into his new environment. The 18-year-old spent most of his time training with the club’s U-23 and U-19 squads, but did occasionally work his way into first team sessions.

He is starting to learn German, but can’t speak in sentences yet.

“It was tough at the beginning, obviously just getting used to the language and the food and everything, but now it’s better,” Sargent said. “I’ve gotten used to it.”

Bremen’s care with Sargent’s transition off the field was one of the things that attracted him to the club.

“It’s such a huge step going overseas,” Bremen scouting director Tim Steidten said. “I think as a player just coming in, especially a young player, it’s really hard for them if you don’t speak the language and you don’t understand your teammates. Josh has had his time to get in and learn some words and learn some German. That is really, really important.”

With two goal-filled youth World Cups under his belt and a contract with a Bundesliga club, big things appear ahead for Sargent. In November 2017, he became the first player to be called to the USA’s U-17, U-20 and MNT squads in the same year, but an injury prevented him from taking part in the senior team’s 1-1 draw at Portugal. Still, he capped 2017 by running away 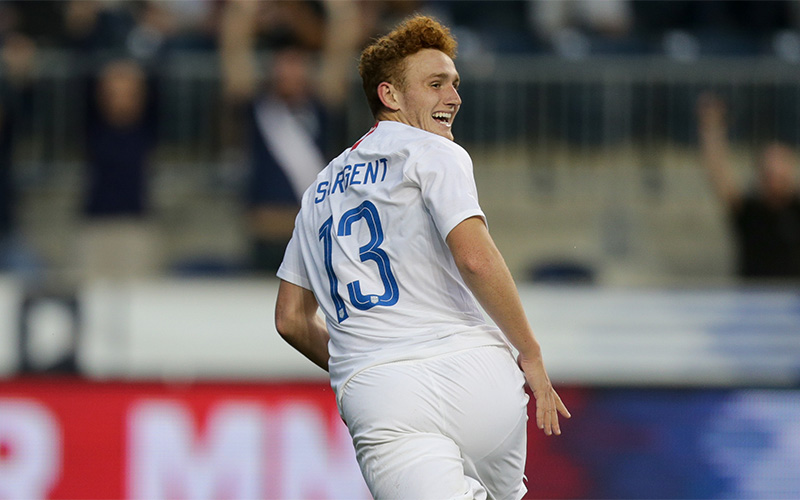 The youngster patiently awaited his chance, coming seven months later when he was named as part of the youngest starting lineup in the MNT’s modern era in a 3-0 win against Bolivia on May 28. Part of an XI that averaged 22 years, 160 days, Sargent would help make more history, with his 52nd minute strike confirming him as the second-youngest MNT player to score in his debut (18 years, 102 days). With hopes of his first-team debut with Werder Bremen coming soon, Sargent gained more valuable experience off the bench in the MNT’s following two games, including helping the USA earn an impressive 1-1 draw at World Cup-bound France on June 9.

The group that appeared against Les Bleus came in just 23 days older than the side that faced Bolivia weeks earlier, signaling that Sargent and his contemporaries have much to offer the U.S. Men’s National Team program heading towards the 2019 Concacaf Gold Cup, 2020 Summer Olympics, qualifying and eventually the 2022 FIFA World Cup.

“I want to do anything I can to help put the Men's National Team back on track,” Sargent said. “I think with all these other younger guys like Tyler Adams, Tim Weah, Weston McKennie, there’s a whole new generation that can really try to change the course of U.S. Soccer.”

“Growing up [scoring goals] is what made me happy so I just wanted to keep doing it. I remember just game after game it came naturally to me and I just love the feeling of scoring goals.”
- Josh Sargent
Tags
MNT
Josh Sargent