Since last November, the U.S. Men’s National Team has undertaken the project of giving its next generation of rising young talent glimpses of the senior international level. They’ve responded admirably, earning wins against Paraguay and Bolivia before playing 2018 FIFA World Cup champions France to a 1-1 draw in their last match before heading to Russia.

Simultaneous to France lifting the trophy in Moscow, the proverbial reset button for international soccer was finally pushed.

Now in the midst of the September FIFA international window, every national team in the world is on equal footing, taking the beginning steps in a four-and-a-half year cycle that will culminate in Qatar 2022.

For the MNT, that means tackling the ambitious Kickoff Series schedule which begins this month with matches against Brazil (Sept. 7 in East Rutherford, N.J.) and Mexico (Sept. 11 in Nashville), continues next month against Colombia and a soon-to-be-named opponent and ends with a November trip to Europe to take on England and Italy.

“The slate has been wiped clean and we have this wonderful opportunity with the Kickoff Series with difficult but exciting games to start the process of forming a group that will try to qualify for 2022,” midfielder Wil Trapp told ussoccer.com this week. “That’s our hope with these games against Brazil and Mexico: grow as a group, continue to work, continue to exude fearlessness on the field. It’s only going to make us better down the road.” 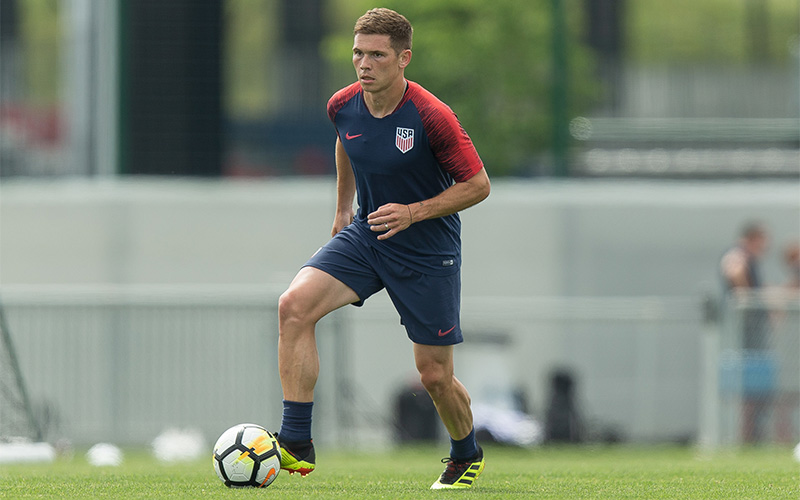 While he earned caps before last November, Trapp that has grasped a new opportunity with the National Team. With just two appearances off the bench prior to this year, the Columbus Crew SC captain has worn the armband for four of the MNT’s five matches in 2018, notably leading the second youngest MNT lineup since 1990 to the memorable 1-1 draw at France in June. It’s an experience the midfielder says a youthful and fearless MNT side will look to draw upon as it faces a star-studded Brazil team on Friday.

“There’s always that recklessness when you’re younger of the idea that ‘we’re just going to take the world on’. I think you see that in the group as a whole. The spirit of the group in France was incredible. Not being dampened by the quality of the opponent, but buoyed by the fact that we have a great group of guys that we believe in. We want to play, we want to excite and have courage on the field. Starting with Brazil, these are a series of games with which we can continue to test that mettle.”

Another player taking advantage of the chances given so far this year is 18-year-old Tim Weah. The Paris Saint- Germain winger became the first player born in 2000 to earn an MNT cap during the USA’s 1-0 win against Paraguay back in March. Two months later he scored his first international goal in a 3-0 win against Bolivia. 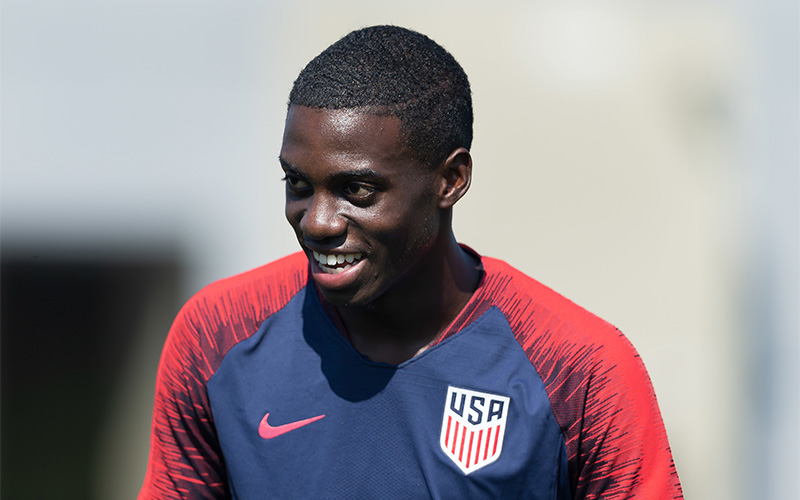 The youngest in a group that averages out at 23 years, 241 days, Weah looks at the slate of matches to end the year as another building block towards 2022.

“As a young team, these next few months for us are going to be amazing because we’re going to get to play top-class teams; teams who have competed in World Cups and won,” he said. “Even if we don’t win all the games, they’re all learning experiences for us. They give us a chance to improve and become a great team ourselves as we build towards qualifying for the next World Cup.”

Including the June match against France, the Kickoff Series games against Brazil, England and Italy will provide the MNT with challenges against four different World Cup-winning nations in a calendar year for just the second time in team history and first since 1993.

“It makes perfect sense to start off the cycle with games that we may not win,” added Trapp. “It’s about the group mentality and each individual player trying to help the next guy out. It’s an exciting opportunity for us all.”