The ambitious schedule laid out for the U.S. Men’s National Team in the fall Kickoff Series is in its roots the opportunity rising group of young players valuable experiences at the beginning of a new World Cup cycle.

Though there were some positive moments, the MNT gained a few lessons in Friday’s series opener, a 2-0 defeat to Brazil at MetLife Stadium in East Rutherford, N.J.

Head coach Dave Sarachan described the USA’s start to the match as “nervy” and the team paid for it in the 11th minute. A well-executed connection between Juventus’ Douglas Costa and Liverpool’s Roberto Firmino put the USA behind early.

“We want to see a team that’s not afraid, that will compete and challenge on plays and when it’s not good enough, you get punished by good teams,” he said in the post-game press conference. “That’s the value of playing these types of teams.”

A dubious penalty awarded to another Fabinho – another Liverpool star -- and converted by Neymar of Paris Saint-Germain made it 2-0 just before halftime. 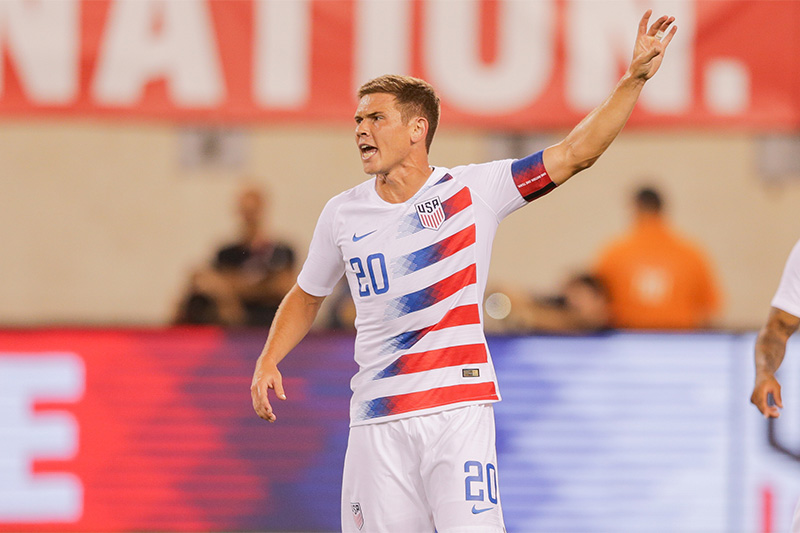 “I think we’re having to learn the hard way,” MNT captain Wil Trapp said of the lessons the team could take away from the match. “Good teams are difficult to play against and it’s good to be thrown into the baptism of fire of having to learn and deal with good opponents. It’s only going to help us going forward.”

The quality in Brazil’s attack often meant the U.S. was on the back foot defending much of the game. When the opportunity to attack did present itself, the transition wasn’t quick enough.

“When we do retain the ball in such tight spaces against a good team, we have to make them work like they’re making us work,” midfielder Tyler Adams said of what the team can take away from the match. “Keep the ball a little bit better and when we do go forward we need to get numbers in the attack, it can’t just be us relying on one player.”

While there wasn’t much from the run of play, the U.S. did find good chances through restart opportunities. But for a sliding tackle from Casemiro, Weston McKennie would have pulled the MNT level in the 34th minute and came close to finding the back of the net when Kellyn Acosta connected with him on a free kick in the 65th.

“We were aggressive on the set pieces we did have, but we just couldn’t put some passes together and create a final chance,” Adams added.

Though the result wasn’t there, the post-game analysis was still positive among a group that understood the value of the experience.

“It’s disappointing that we lost, but these moments that we can learn from, grow and continue to build for the future,” center back Matt Miazga said. 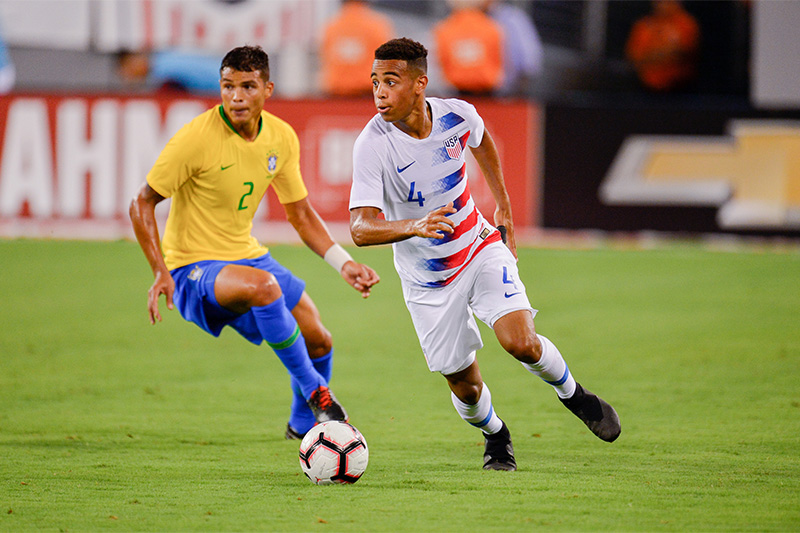 “You don’t always get to play against such quality like Coutinho and Neymar,” Adams added. “It tests us. It tested our back line, it tested our midfield and our strikers. At the end of the day, we’ll look at video and move on to the next one.”

For the MNT, the next one is a clash with regional rivals Mexico on Tuesday in Nashville and for many in the young group, it will be their first game against El Trí at the senior team level.

“It’s exciting,” Adams continued. “After a disappointing result it’s nice to play a game you don’t have to get up for. The energy will be there, the competitive nature will be there and to play against a side like Mexico on 9/11 it will be important to everybody to get a result.”