In a year that started with a training camp in Los Angeles followed by the first game of the schedule in San Diego and ended with a match in chilly Glasgow, Scotland, the U.S. Women’s National Team navigated 20 matches in 11 states and two countries to put together a year that will go down as one of the most successful in program history.

Not only did the team achieve its most important goal – qualifying for the 2019 FIFA Women’s World Cup – but for the fourth time in its history in a year in which the team played 10 or more games, the U.S. Women finished it unbeaten. 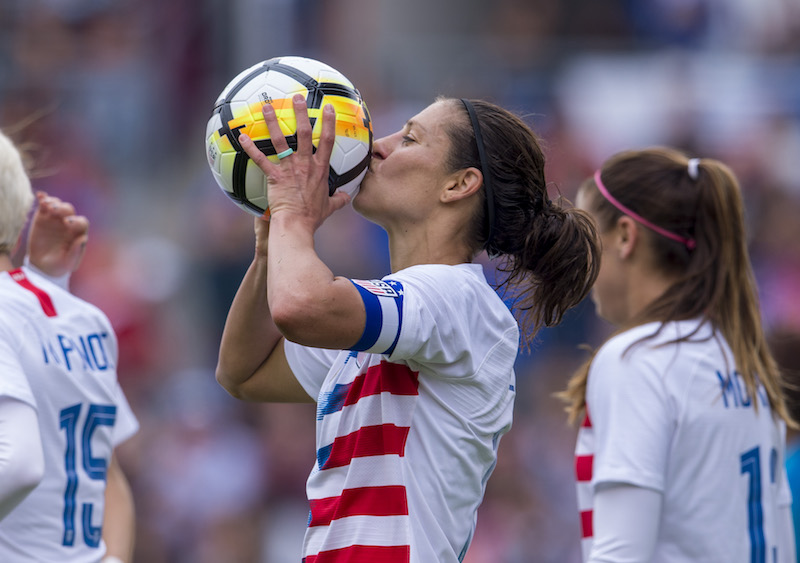 The team won all three tournaments in which it played – the 2018 SheBelieves Cup, the 2018 Tournament of Nations and the 2018 Concacaf Women’s Championship – and the players achieved several individual milestones, which included one player reaching 100 caps, another scoringher 100th goal, and a third who got very close.

Most impressively, the team reached the 500th win in program history when it defeated Portugal, 1-0, on Nov. 8, an achievement that further cemented the WNT as one of the most successful and dominant teams in the history of sports.

501 Number of wins in program history

13 Number of different goal scorers for the USA in 2018

Hello you've reached @mPinoe, how may she assist you today? pic.twitter.com/tXzQgrUxe0

8 Players that earned first caps in 2018 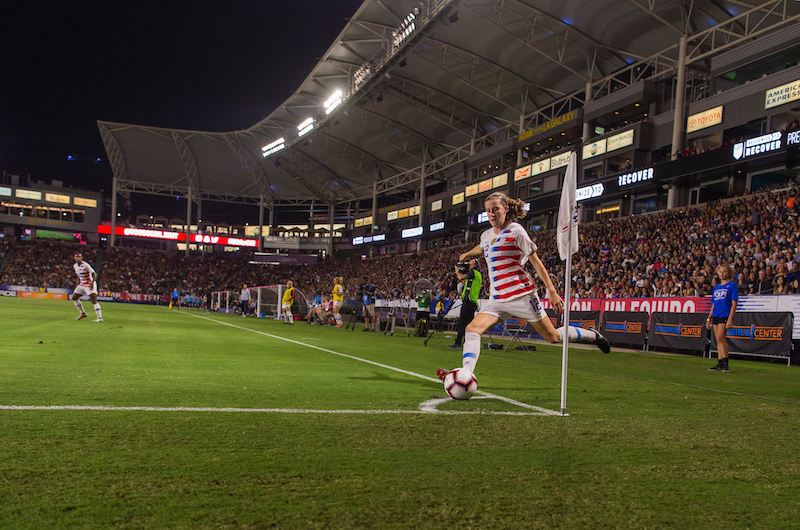 Tierna Davidson was one of eight players who made their U.S. WNT debut in 2018.

4 Number of players who played in all 5 WCQ matches (Dahlkemper, Horan, Ertz and Lavelle) 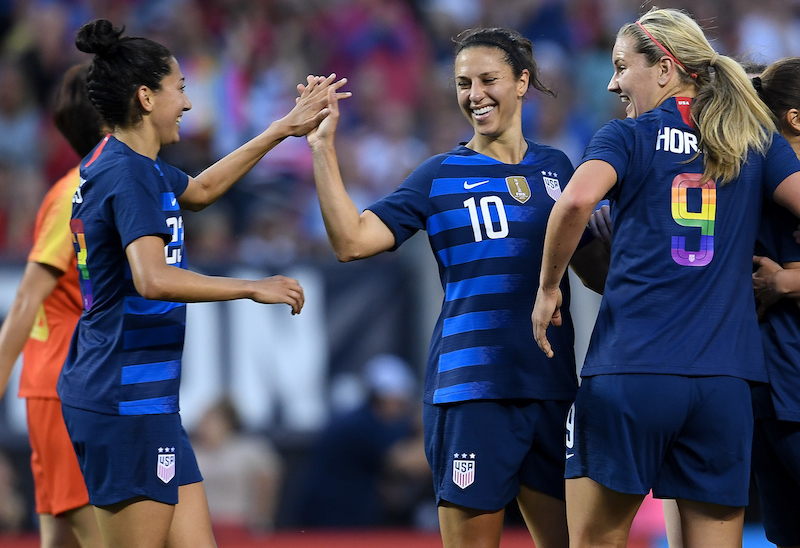