The U.S. Women’s National Team put on a dominant performance at the 2018 Concacaf Women’s Championship , which served as the qualifying tournament for the 2019 FIFA Women’s World Cup in France.

The USA played all three of its Group A games at Sahlen’s Stadium at WakeMed Soccer Park in Cary, N.C., facing Mexico on Oct. 4, Panama on Oct. 7 and Trinidad & Tobago on Oct. 10. The WNT swept all three matches, winning by a combined score of 18-0. 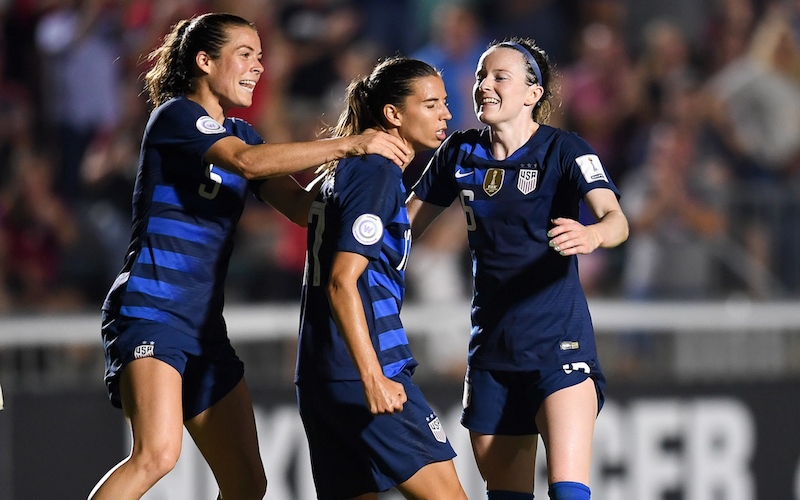 Ten different players scored for the USA during group play, with Alex Morgan leading the way with four goals after tallying a brace in each of the two games in which she played (vs. Mexico and T&T). Carli Lloyd had three goals after scoring a hat trick vs. Panama, while Tobin Heath, Rose Lavelle and Megan Rapinoe each scored twice in the group stage.

After topping Group A, the USA advanced to the most important match of the tournament, a semifinal in Frisco against Jamaica on Oct. 14 with the winner earning a berth to the Women’s World Cup. The USA put on yet another world-class performance, scoring six goals and earning its fourth consecutive shutout. Heath and Morgan scored twice each (Morgan’s third brace of the tournament), while Rapinoe and Julie Ertz added goals. With the win, U.S. Women became the 17th country to qualify for France and the USA booked tickets to the eighth Women’s World Cup tournament in its history.

While the place in France was secured, the work was not done, and familiar opponent Canada awaited in the championship match. As is usually the case when these two Concacaf foes meet, the match was a physical one and emotions ran high with both teams looking to become regional champions. Just like it had done in its previous four games, the U.S. got a goal within the first 10 minutes, when Rose Lavelle scored from the top of the box in the second minute to put the USA ahead. The rest of the half went scoreless but Canada’s Rebecca Quinn and Allysha Chapman earned yellow cards in the 26th and 31st minutes, and Tobin Heath pick up a caution in the 33rd. The teams also combined for 16 fouls in the first half. 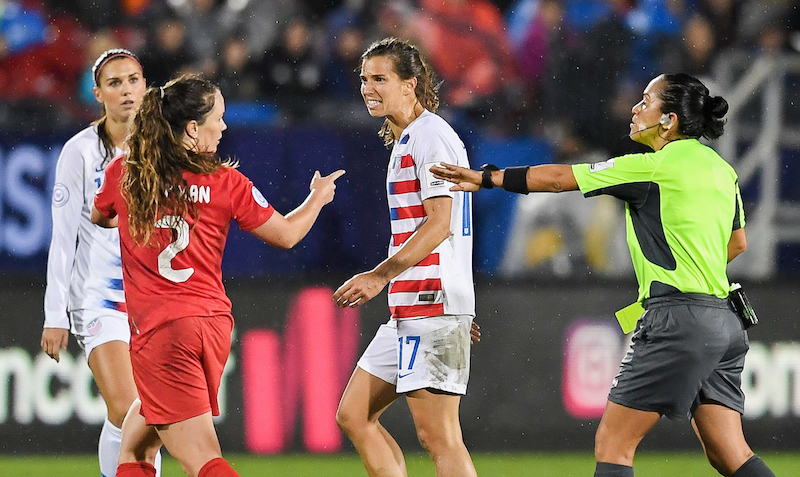 In the second half, the USA did not allow Canada a shot on goal, and out-shot its northern neighbor 5-1, for a final 12-4 shot advantage. The U.S. continued to push throughout the half and in the 89th minute got its second goal when Morgan finished a cross from Lindsey Horan to record her tournament-leading seventh goal. The win marked the sixth World Cup qualifying title for the USA, which outscored opponents 26-0 over the five games.

All 20 players on the WCQ roster made an appearance during the tournament, but only four (Abby Dahlkemper, Ertz, Horan and Lavelle) played in every match. Morgan won the Golden Boot as top scorer, Ertz won the Golden Ball as the Most Valuable Player and the USA earned the Fair Play Award. Additionally, Kelley O’Hara, Dahlkemper, Crystal Dunn, Ertz, Horan, Heath, Rapinoe and Morgan earned Concacaf Best XI honors for their play throughout the competition.