An 18-year professional career, 44 caps and trips to two FIFA World Cups and though relatively young at age 45, an accomplished coach who has earned high marks for implementing an effective playing style during the past five years with Columbus Crew SC.

With it all, Berhalter still struck a chord of humility as he addressed the media alongside Stewart, as well as U.S. Soccer President Carlos Cordeiro and CEO/Secretary General Dan Flynn. 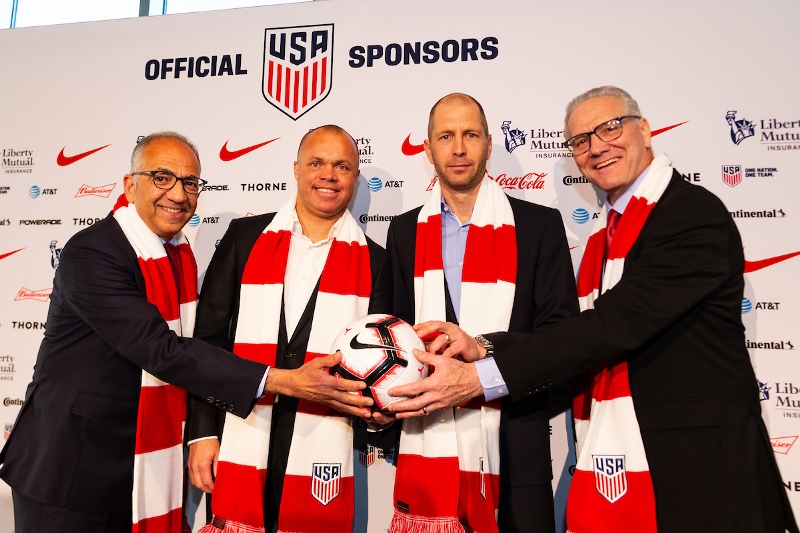 “When you start out playing soccer then eventually become a coach, you never dream that one day you can get the opportunity to lead your country,” he said. “I’m extremely proud and honored to have this position.

“I’m ready for this challenge. From the youth national team, the full national team, my experiences as a player and in the coaching ranks have prepared me for this moment. I’m excited for the opportunity to turn this group of men into a team.”

Now in place, Berhalter is set to take his first steps in the role and spent some time outlining what those would be.

With the team’s annual January Camp set to open in just over a month, Berhalter will hit the ground running with the player pool.

“My first priority is immediately reaching out to players and getting to know them,” he said. “This week I’ll be calling a number of domestic-based players, I’ll head to the MLS Cup Final and from there I’ll head to Europe to meet players face-to-face.”

A mostly domestic group will gather for January Camp ahead of friendlies against Panama (Jan. 27 in Glendale, Ariz.) and Costa Rica (Feb. 2 in San Jose, Calif.). The March FIFA window will allow him to call up the full complement of his pool, but admitted the challenge is there’s a lack of time together ahead of the 2019 Concacaf Gold Cup in June.

“How can we do more outside of camp? What communication can we give to players that can prepare them for the learning that’s going to take place in camp? [We’ll be] setting the stage in January for team expectations, team culture and style of play. We can get a head start by working with this group in an intensive period in January and then integrate the European players in the March camp.”

It’s not a challenge that’s exclusive to the first half of 2019, but for most international windows which usually last around 10 days. Berhalter says the MNT will need to take a progressive approach. 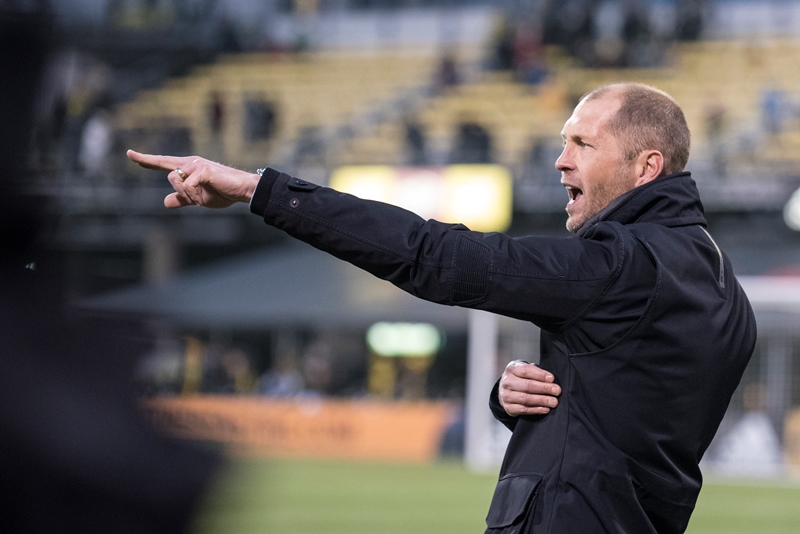 “Talking about supplemental materials, talking about video libraries and having webinars with players -- as much as we can to push the envelope on this we need to try to do.

My job as a coach and our job as a staff is to make it as simple as possible. Our game is based on very simple principles. The training sessions are very straight forward. I think It’s easy for the players to pick up on. I think to execute at a really high level does take some time, but it’s based on simple principles. I hope the group will appreciate that and I hope you’ll be able to see that when we play.”

Many coaches can be speak in very general terms when it comes to talking tactics, especially in an introductory press conference. Berhalter did not. Instead, he talked at length about the style that made him successful in Columbus and the identity he wanted for the U.S. team.

“The idea is that we’re an attacking-based team that wants to create goal-scoring opportunities by disorganizing the opponent. We’ll do that in a number of different ways. Consistently over my time in Columbus we did it through build up, where we start the ball with the goalkeeper in the back, teams try to press us and we play it through them to create goal-scoring opportunities. We’re making the field big.

Knowing the different rigors of the international game, Berhalter also said changing things up would be important.

“At times we could do a better job to change the tempo of the game instead of playing at such a high rhythm all the time. I think mixing that rhythm is going to be very important, especially at the international level and considering some of the climates you’re playing in. But we want to see ball circulation, breaking lines and goal scoring opportunities. That should be the DNA of this team.”

The year 2018 was one of transition for the MNT, one where giving some of the USA’s best young stars a jump start on their international careers, while coming up against some very tough competition.

“You could see guys were getting opportunities to play at the international level for the first time and that it was a new experience for them. To be fair to that group, it was a very difficult schedule playing against very difficult opponents.”

While youth was served the last year, Berhalter said the reintegration of veterans will continue going into the 2019 Concacaf Gold Cup, Nations League and ultimately World Cup Qualifying.

“When I’m looking at the team specifically in the last year, it was very hard to evaluate the big picture because I don’t think it was the complete team. What I did see was a group of young, talented players. I did see a group with potential and that needs direction. I’m excited to work with this group. When I look at the big picture, there’s quality in this squad. I think as we integrate some experienced players back into the fold and we get this broad band of levels amongst the team, I think it can be a successful team.”