In His Words: Zack Steffen on Taking the Next Step for Club and Country in 2018

"It’s an honor to be put with those names that have won before me and to have the respect and confidence from teammates, coaches and staff. I’m thankful for my support system. Without them I couldn’t have done any of this. It gives me motivation and confidence to keep going and do bigger and better things."
Zack SteffenDecember 18 2018

On Tuesday, Dec. 18, U.S. Men's National Team and Columbus Crew goalkeeper Zack Steffen was named the 2018 U.S. Soccer Male Player of the Year, becoming just the second player in the award’s 35 year history to earn the honor in his debut year with the senior team.

The award caps a year in which Steffen tied an MNT record for appearances by a goalkeeper in their inaugural campaign, earned his first MLS All-Star selection, won MLS Goalkeeper of the Year and was named to the MLS Best XI team. Last week, Steffen was transferred to defending Premier League champions Manchester City, which he will join during the summer window in July 2019.

In his own words, Steffen describes the importance of family, the thrills of the National Team experience and the wild ride in Columbus this year, and how it all adds up to him being ready to take the next steps …

My family is a big part of my life. I was 19 when I went to Germany, and it was tough not having them around. It just didn’t feel right. So when I joined the Columbus Crew, it felt like home right away. Over the last two years, they’ve made it to just about every home game, and that’s exactly how I wanted it to be – to have a career that I could share with my family and have them next to me while I began this ride.

One of the best life lessons my parents instilled in me is that there will always be ups and downs…both in life, and in soccer. But you have to learn from them, and when you’re going through them, you have to stay humble and stay grounded - no matter what.

And that’s the thing about me – when there are downs, I get over those quickly. You have to as a goalkeeper. You keep playing and you make the next play. I believe that mentality has helped me have some success early on, which has humbly led to a few accolades this year. What an honor it’s been to receive these.

Coming into this year I wanted to build off 2017. I gained a lot of confidence in my first full year in MLS, having a good season with the Crew. I wanted to come in and not take a step back, to start playing well right off the bat, and to work and grow from there. 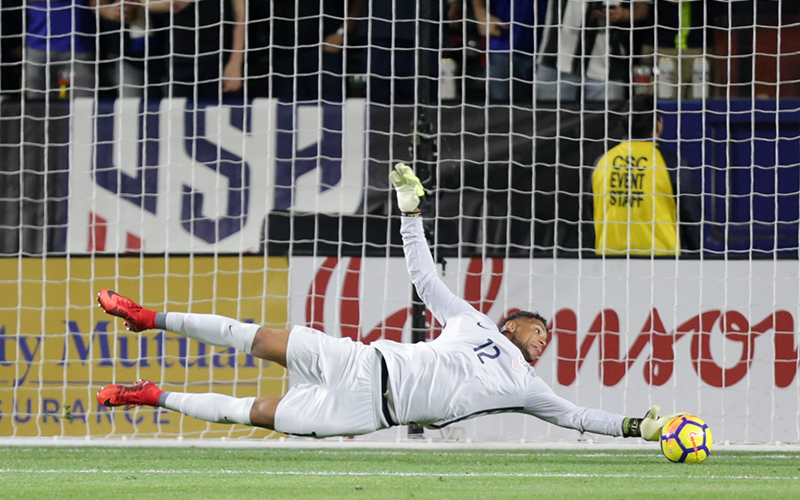 I was honored to be called in to the Men’s National Team’s January Camp. We were playing Bosnia and Herzegovina, and even though the plan was for me to come on at halftime, it seemed to happen too fast. I had to warm up in 12 minutes and at the same time I was telling myself to go out there, play my game and enjoy it. I was nervous. My heart was racing, but I was about to make my debut for the national team, so I was also really excited. And fortunately for us, we were playing well so I did not have much to do.

Our season with the Crew began not long after. Gregg Berhalter and the coaching staff did an excellent job of keeping us focused amid the uncertainty on the team’s future in Columbus. They kept us updated on what was going on with ownership and all that, but at the same time they did a really good job of reminding us that we couldn't control any of it  and that our job was to put quality out on the field, work hard every day, and if we did that good things would come.

So that was my focus during the season – to enjoy it, to work hard, to learn, to push myself and try to stay consistent. I wanted to become a leader for the team on and off the field and try to improve my game in each area that I could.

That was also my mindset with the National Team. We knew it was a transitional era for us, but Dave Sarachan and the coaches did a great job incorporating youth and starting this process for us. A lot of us “younger guys” got time and played against quality opponents, whereas we might not have gotten the same opportunities in another World Cup year. The biggest thing we can take away was our performances and seeing the gap there is - how comfortable some of those teams were on the ball, knowing what to do with the ball and when, and learning from all of our experiences.

And personally, that game against France just before the World Cup gave me the most confidence with the national team, knowing that I could play at that level.

It was crazy. The fans obviously understand the game, the way they cheered or whistled. I was telling myself to take it all in and not to think, just to play. It was loud and very intense. For a second you felt really small in this huge stadium playing one of the best teams on the planet. You look back and realize that a month after we held them to a draw, they were lifting the World Cup.

Obviously there are things I need to learn and grow from and get better at, but that game gave me confidence to get back to Columbus and keep working just as hard. Games like that you’ll remember for the rest of your life.

We were in Tampa with the National Team when I first heard about the Browns ownership group and the Edwards family wanting to buy the Crew and keep them in Columbus. Towards the end of the season it had gotten harder to tune out the whole situation, so to see all the hard work and dedication from the community and the fans of the Crew to keep the team in Columbus – to not give up – it’s a testament to them. What a sense of relief and excitement!

I think I’ve matured off the field a lot in these couple years in Columbus. I knew that at some point I’d want to go back to Europe, but I can’t say I expected it to happen this quickly. I wasn’t ready last offseason, and I thought the summer might be a little soon. But this year has been really good for me.

Juggling all these things over the last couple months – the Manchester City talks, focusing on the season and the national team, becoming kind of a leader in Columbus – all that really helped me mature and grow up even more, and it’s been amazing having my family close by for support. It has really proven to me that I’m ready to go back over, and that’s why I made the decision to sign with Manchester City. 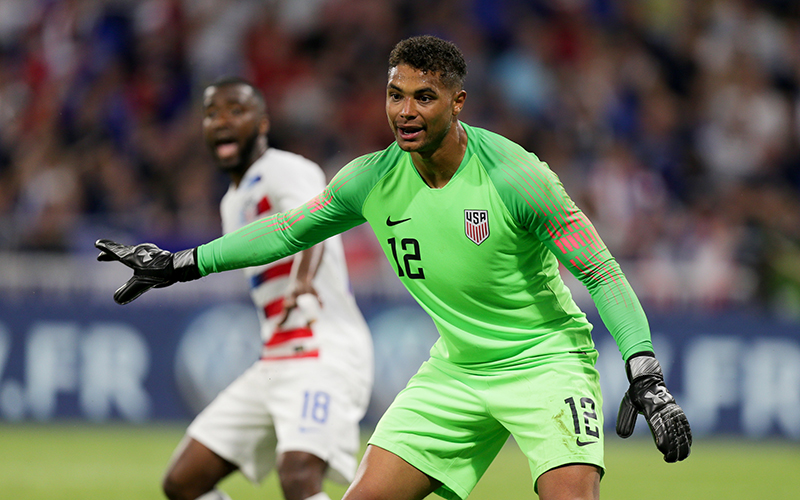 They’re a top-five team in the world – if not the best right now. I’m well aware of how good Ederson is, and I know I need to grow and get better in a lot of different areas. But my mentality is that when I get over there, I want to play. I’m really highly motivated to get the most out of these next six months in Columbus, and hopefully with the national team. I’m going to really push myself so that when I get to Manchester next summer, I’m that much more confident and prepared.

And don’t get me wrong; I know I can’t rest on any of these laurels. For me it’s a mentality that I have to bring into any camp, into every training. And that has to be, to become a leader on and off the field and somebody that my team can depend on. It’s a mentality that this is my spot and I’m not going to let anybody take it.

As for being named the 2018 Male Player of the Year, I have to say it’s an honor to be put with those names that have won before me and to have the respect and confidence from teammates, coaches and staff. I’m thankful for my support system. Without them I couldn’t have done any of this. It gives me motivation and confidence to keep going and do bigger and better things.

"It’s an honor to be put with those names that have won before me and to have the respect and confidence from teammates, coaches and staff. I’m thankful for my support system. Without them I couldn’t have done any of this. It gives me motivation and confidence to keep going and do bigger and better things."
- Zack Steffen
Tags
MNT
Zack Steffen