In the past 12 months he has scored in both his international and professional debuts, and just days after making his first start for Werder Bremen the 19-year-old signed a contract extension for the German Bundesliga outfit on Tuesday.

“It’s been a dream start so far,” Sargent told Werder.TV. “I couldn’t have asked for much better in my debut and I’m hoping for the future that everything will go just as smoothly.”

I am very excited to extend my career with @werderbremen ! Bremen has continued to make me feel at home. I am looking forward to working hard for many years to come for the club and our fans! 💚🦁 #werder pic.twitter.com/m1PcRMesJQ

The 2017 U.S. Soccer Young Male Player of the Year reminisced about his first goal for the club, which came just two minutes after entering his debut a match -- a 3-1 win against Fortuna Düsseldorf on Dec. 7. A second goal followed in a 3-2 defeat to RB Leipzig on Dec. 22 – matching the two goals he’s scored in six appearances with the U.S. Men’s National Team.

MNT head coach Gregg Berhalter was able to take in the latest milestone in Sargent’s young career as part of his tour watching and meeting up with several members of the U.S. player pool and their clubs in Germany last week. 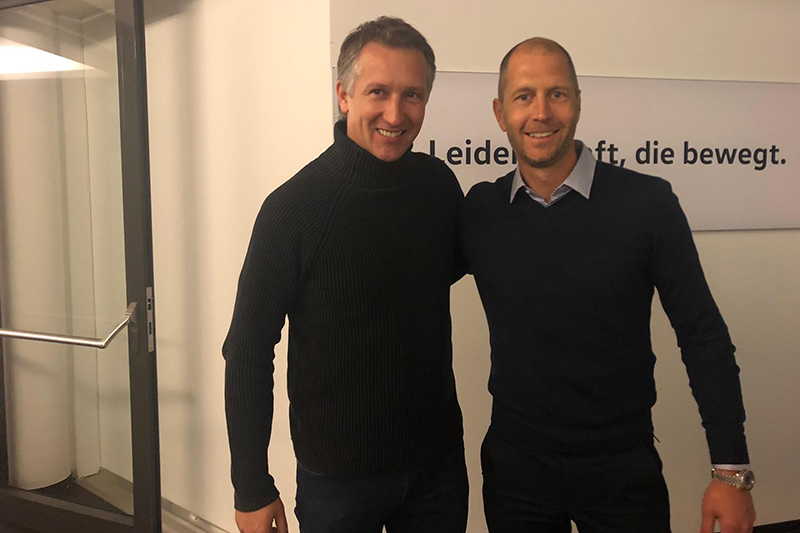 Having spent seven years playing in Germany with Energie Cottbus and 1860 Munich, Berhalter is familiar with the club’s historic attacking style of play and spoke optimistically of the MNT striker’s situation at the Weser Stadium.