The Rundown: Takeaways from the USMNT’s 1-0 Gold Cup Victory vs. Panama

June 27 2019
On the Pitch
The U.S. Men’s National Team grinded out a 1-0 victory against Panama on Wednesday night to earn top spot in Gold Cup Group D, setting up a quarterfinal clash with Curaçao on Sunday, June 30 at Lincoln Financial Field in Philadelphia (8 p.m. ET; FS1, Univision, UDN).

Team Feats to be Proud of…

Along with winning its Gold Cup group for the 14th time in 15 editions, the U.S. held its group opponents scoreless through three matches. It’s just the second time the USMNT has put up three shutouts in the group stage when the tournament has featured four-team groups.
The +11 goal differential set a new USMNT record as its best during the Gold Cup group stage, with the 11 goals scored also tying for most with the USA’s group-stage performance in the 2013 competition.

In the midst of his first USMNT camp since October 2017, Jozy Altidore also made his first start for the USA since that time and impacted the match in a big way. With the USA pouring on the pressure in the second half, Altidore biked home the game-winner from close range in the 66th minute to ensure the U.S. won the group stage for the 14th time in 15 editions of the Concacaf Gold Cup.
The goal was the 42nd of Altidore’s international career, but first in nearly two years for the National Team. Having kissed the crest over his heart in an emotional goal celebration, the 29-year-old described the feeling of scoring again post-game.
“It means everything. It’s been a rough time waiting, just trying to earn an opportunity again. To get out there, to score in these colors again – I’ve been lucky enough to play for this country many times, but I’ve missed it so much and to have the opportunity again tonight in front of a great crowd, it means everything.”
The goal was Altidore’s fifth in the Concacaf Gold Cup, fourth all-time against Panama and third in as many matches against Los Canaleros.

While the USA’s place in the quarterfinal was booked following the 6-0 rout of Trinidad & Tobago last Saturday in Cleveland, the team still needed at least a draw in Wednesday night’s match to clinch top spot in Group D.
Needing a result, head coach Gregg Berhalter displayed full belief in his squad and ran out an entirely different starting XI from the first two matches, a decision he said “was an easy one.” 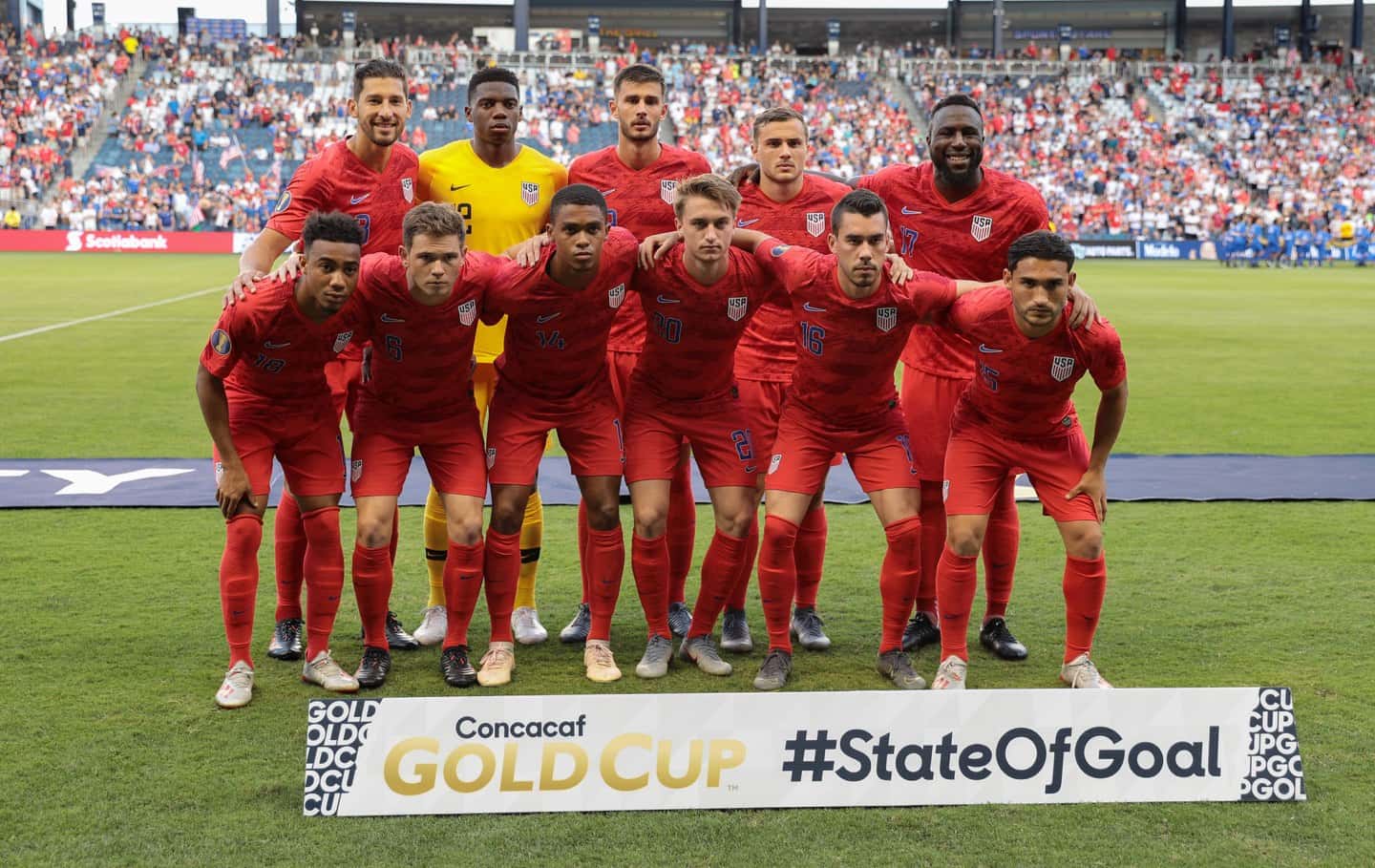 “We believe in the group. We believe in keeping the group together. We believe that everyone can contribute to this team’s success, and we wanted to show that. The guys have been training really well and they deserved this opportunity.”

“I think it means the world to the entire group to show that he has confidence in everyone,” veteran defender Omar Gonzalez added. “We said from the beginning that the star of the show is the entire group – the collective – and the fact that he can make an entire change just shows there’s belief and confidence with every single player. It was on us to get the result and we did it.” 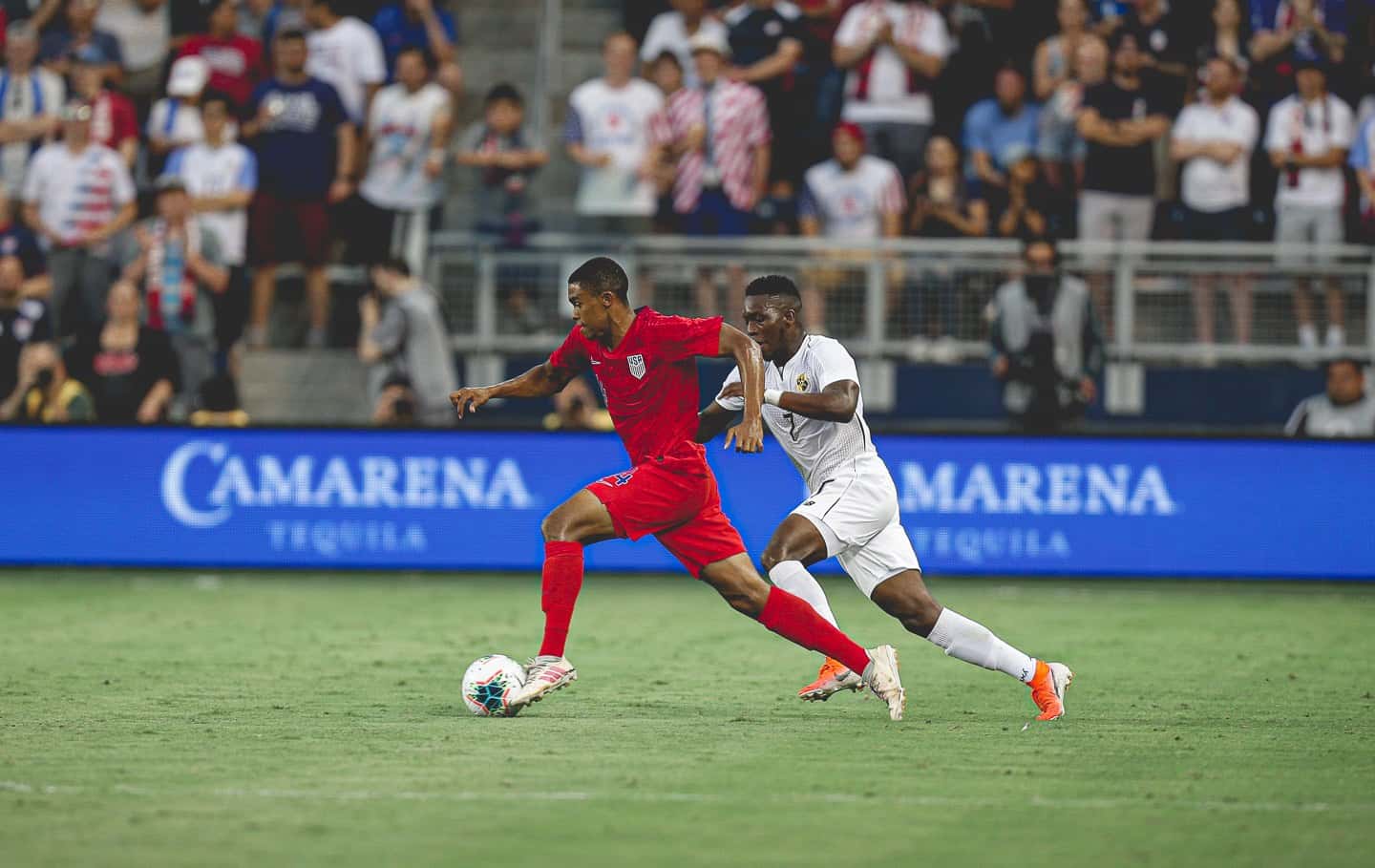 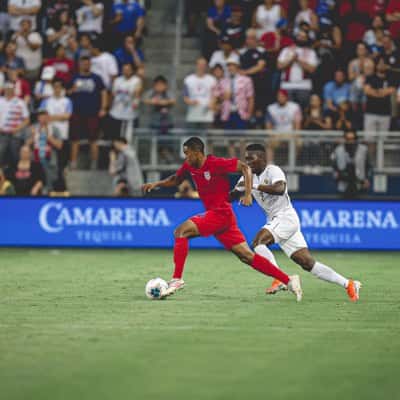 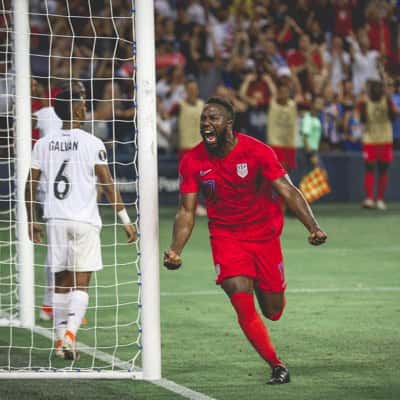 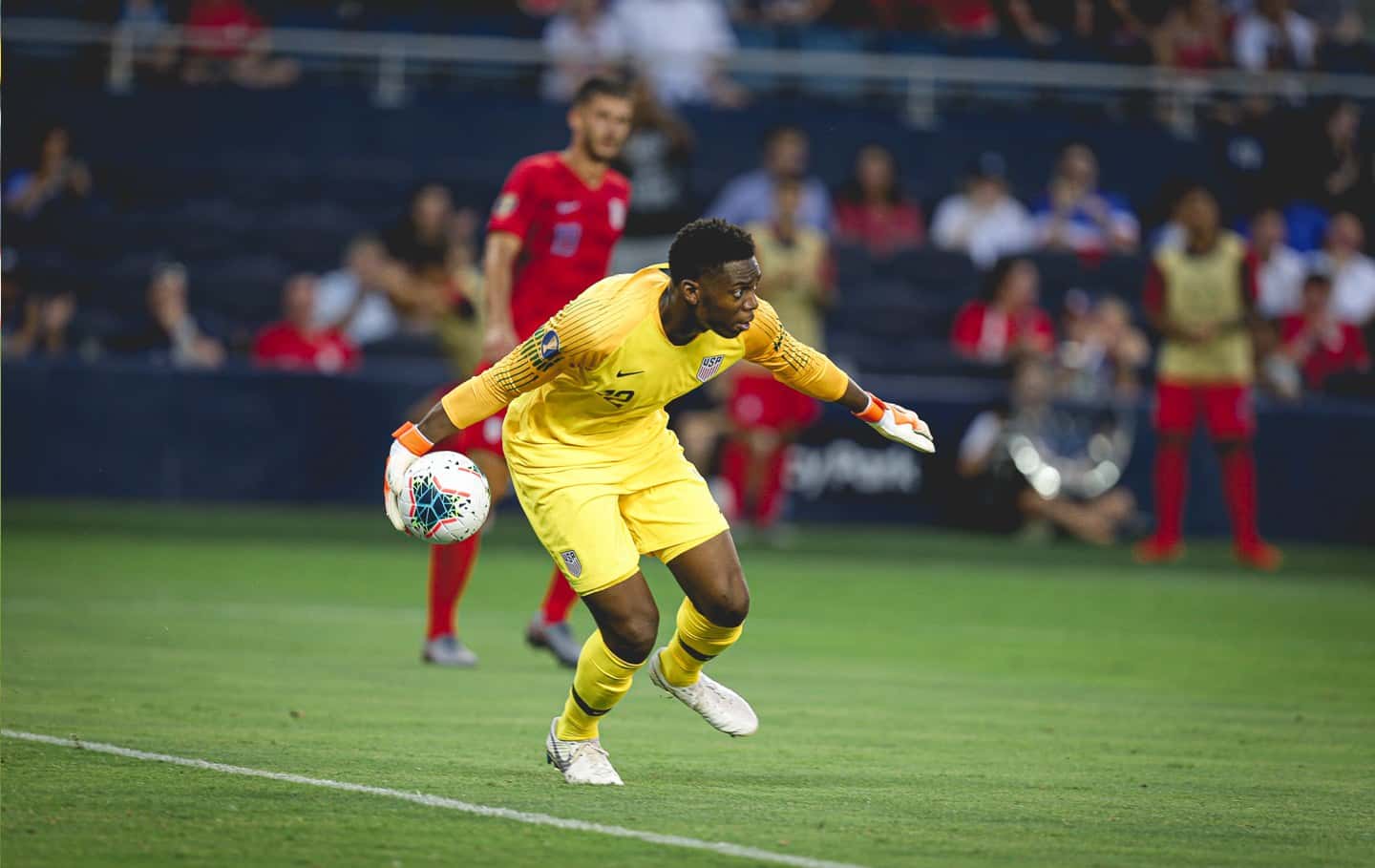 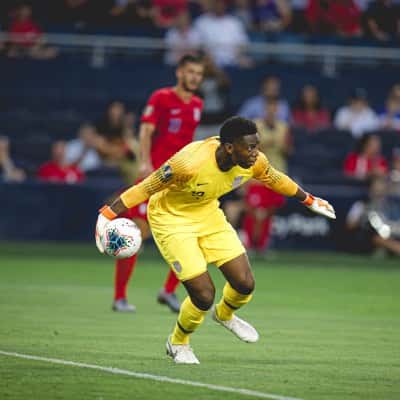 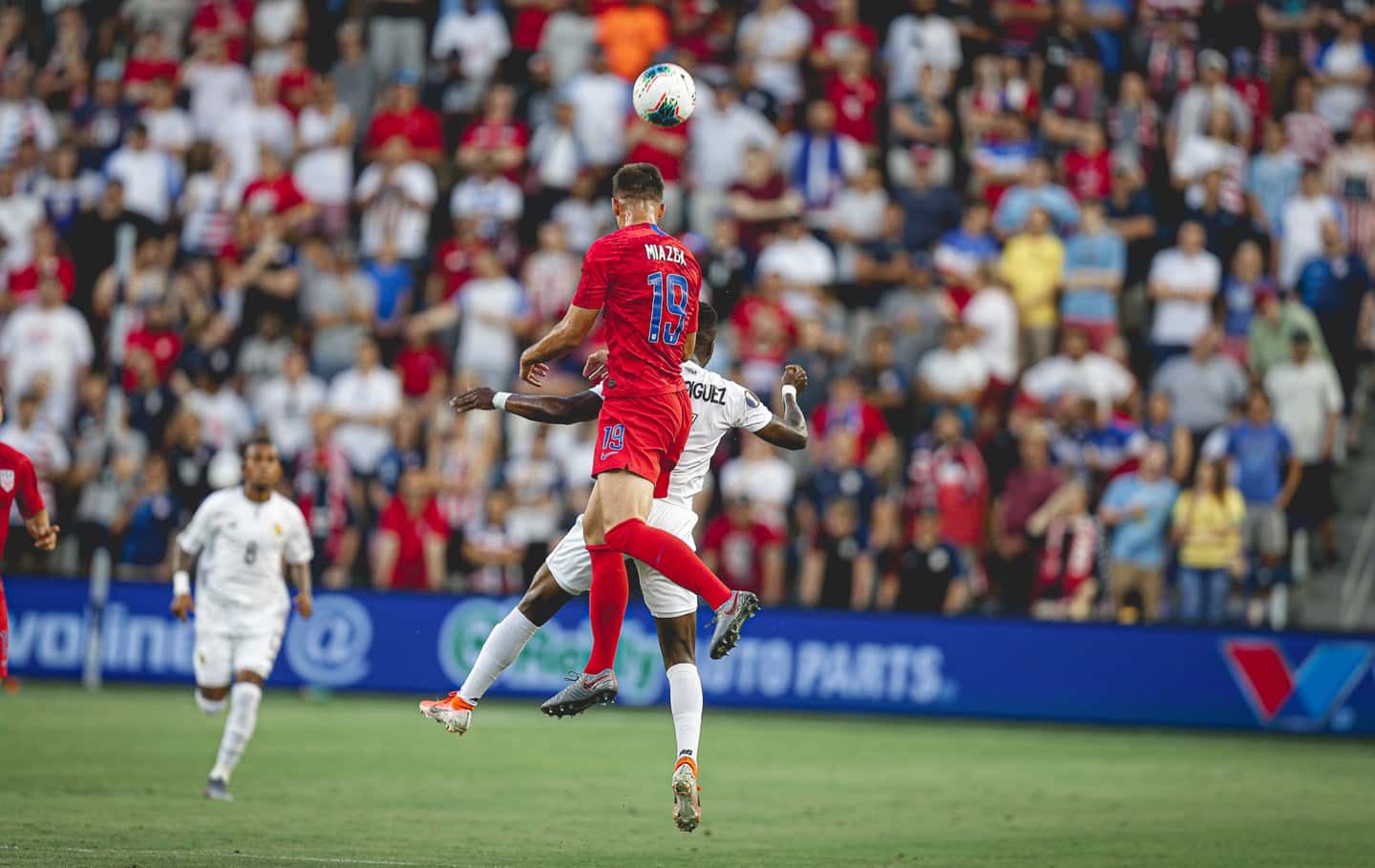 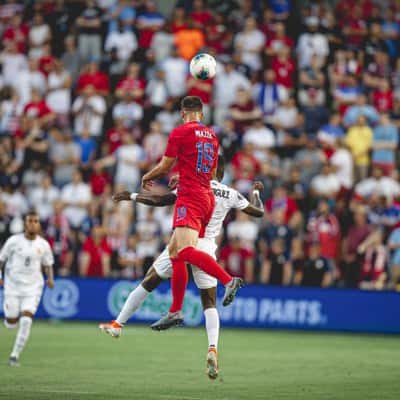 Coming out of the group stage, 22 of 23 players on the squad have started a match, with only goalkeeper Tyler Miller yet to appear.

Sticking to his comments made earlier this month about wanting to cultivate a group of leaders in the team, Berhalter continued to spread the captain’s armband around, with veteran center back Omar Gonzalez leading the team out on the field for the first time in his career on Wednesday night. “It was an incredible feeling today when Gregg told me,” Gonzalez said. “I got the chills, just because I have 51 caps and this was the first time I was able to wear the armband. It was a really special moment for me tonight, with the fact that we could win and do it with all new faces, it was incredible. Hopefully it’s not the last time because I really enjoyed it.”

The team has little time to rest on its laurels as it shifts focus to preparation for Sunday’s quarterfinal against Curaçao. While not the first match between the two nations, it will mark the first meeting since home-and-home World Cup Qualifying matches that took place in 1984 – games that took place before anyone on the USA’s 23-player roster was born and when Curaçao represented in soccer circles as the Netherlands Antilles.

Berhalter described the Dutch Caribbean island nation as the “Cinderella” team of the tournament in his post-match press conference. Midfielder Wil Trapp echoed the sentiment and emphasized the team can’t take Curaçao lightly.

“From watching them, they certainly have a little bit of that Cinderella on their side, but in saying that you can’t underestimate them. They’ve found ways to generate chances, they have athleticism, good players on the break and they’ve scored a couple goals now that maybe came from teams underestimating them. It’s good for them, and it’s a good opponent for us.”