Q&A: Getting to Know Tyler Boyd

One of the newest members of the USMNT is winger Tyler Boyd. Born to an American mother and Kiwi father, Boyd grew up in both countries and previously represented New Zealand at the 2013 FIFA U-20 World Cup and in friendlies for the senior team.

Last month, the winger has his Change of Association request granted by FIFA, opening the door for him to represent the United States. Part of the 23-man Gold Cup roster, Boyd is now poised to make his USMNT debut on Sunday vs. Venezuela.

Before he does, learn more about his path to the National Team:

ussoccer.com: Imagine a fan is trying to get to know you, what are your ties to the United States?

Tyler Boyd: “My mom’s American, and I lived in the U.S. from zero to ten years old. Then I spent 10 years in New Zealand, where my father is from.”

ussoccer.com: You were born in New Zealand and then moved back at young age?

ussoccer.com: Tell us about your early days playing soccer.

TB: “I officially started when I was four, but my dad always had me playing two age groups up. I lived near Santa Barbara, California, where UCSB had a summer soccer camp. I used to love it and I went on to be a ball boy for USCB and I just fell in love with the game.

Growing up I also liked the LA Galaxy and then we moved when I was 10, but I played all sports. I played baseball, I did a bit of judo, but soccer was my passion from a young age and I loved that the most. I fell in love with it. Ever since I can remember I wanted to be a professional soccer player. Even when I was four or five years old I was telling my parents that, which is strange because they’re not super into it. So, I just came out of nowhere and said ‘I want to do this’ and they supported me all the way. They got more and more into soccer as I grew up.”

ussoccer.com: Can you explain your decision to file a change of association to the United States and what went into it?

TB: “Basically, I have loyalty to both countries. I have a parent from each. I spent 10 years in each country, and its like being asked to choose between your mom and your dad. But I had already represented New Zealand, and I was able to make my dad proud and he saw me do that.

“Now it’s my mom’s turn and I think it’s a fantastic opportunity for me. I’m super excited. It’s a great set-up, it’s a great opportunity for me and I’m excited to make my mom proud now. As far deciding, I can’t say I love one country more than the other, but this decision is final and I want to represent the United States.”

ussoccer.com: How did Gregg come in contact with you? Can you describe what those conversations were like?

TB: “Yeah, he got in contact with me one way or another. Straight from the beginning I could see that he was a great man and a great guy, and his knowledge of the game was impressive as well. It was intriguing for me to have someone who I could personally learn from, and an honest guy as well. The conversations were really exciting for me and I didn’t want to get too excited because I didn’t know if the possibility of switching was one-hundred percent. We went through the process of seeing what I had to do, if I qualify, and yeah, just the conversation with him was exciting and it still is.” 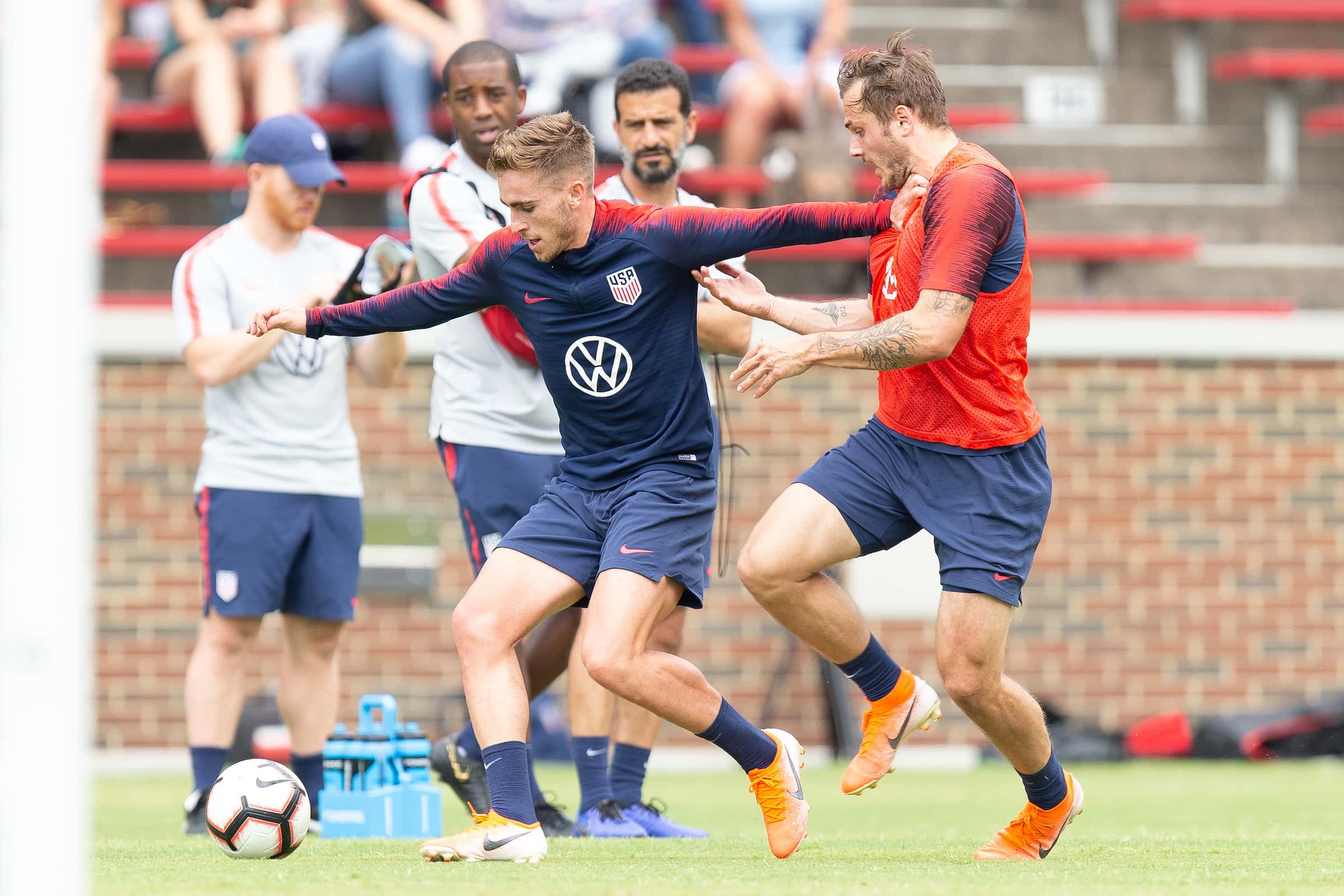 ussoccer.com: You began your professional career in New Zealand. What transpired to get you to Europe?

TB: “I had three years in New Zealand playing for Wellington Phoenix in the Australian league. My agent lives in Portugal but he’s half Australian and he saw me playing and he got in contact with me. He said, ‘look I have interest’ and we started working together and he started helping me with videos and video analysis. Eventually he had a contract offer from Vitória de Guimarães in Portugal. It was my dream to go play Europe and I took the opportunity and played there for the three-and-a-half years, and in the last four or five months I’ve been on loan with Ankaragücü Turkey. So yeah, that was just another opportunity for me to get game time and open another market for me, to prove I can play in a different country and that I have quality to be able to produce in that kind of league.”

ussoccer.com:
It seemed like you had a breakout this past half season at Turkey. What do you think worked for you at that club?

TB: “It was just a great team. We had a really good team and they were setting me up well. We were all brothers, so we were fighting for each other. I have to thank them and the coach for giving me confidence, believing in me, playing me, giving me minutes. The style of football over there really suited me, and I was able to get good game time and to produce.”

ussoccer.com:
Did you really engrain yourself into the culture of Turkey?

TB: “I loved the culture – the people are really nice as well… In terms of learning the language, we had translators around us at all times, even at the warm-ups they’re translating. Meetings with the coach - it’s all translated - so I didn’t actually get to learn too much Turkish, but as far as going to a restaurant and ordering a few things I can do that.”

ussoccer.com: Now that your loan has ended, what is the plan for after the summer? 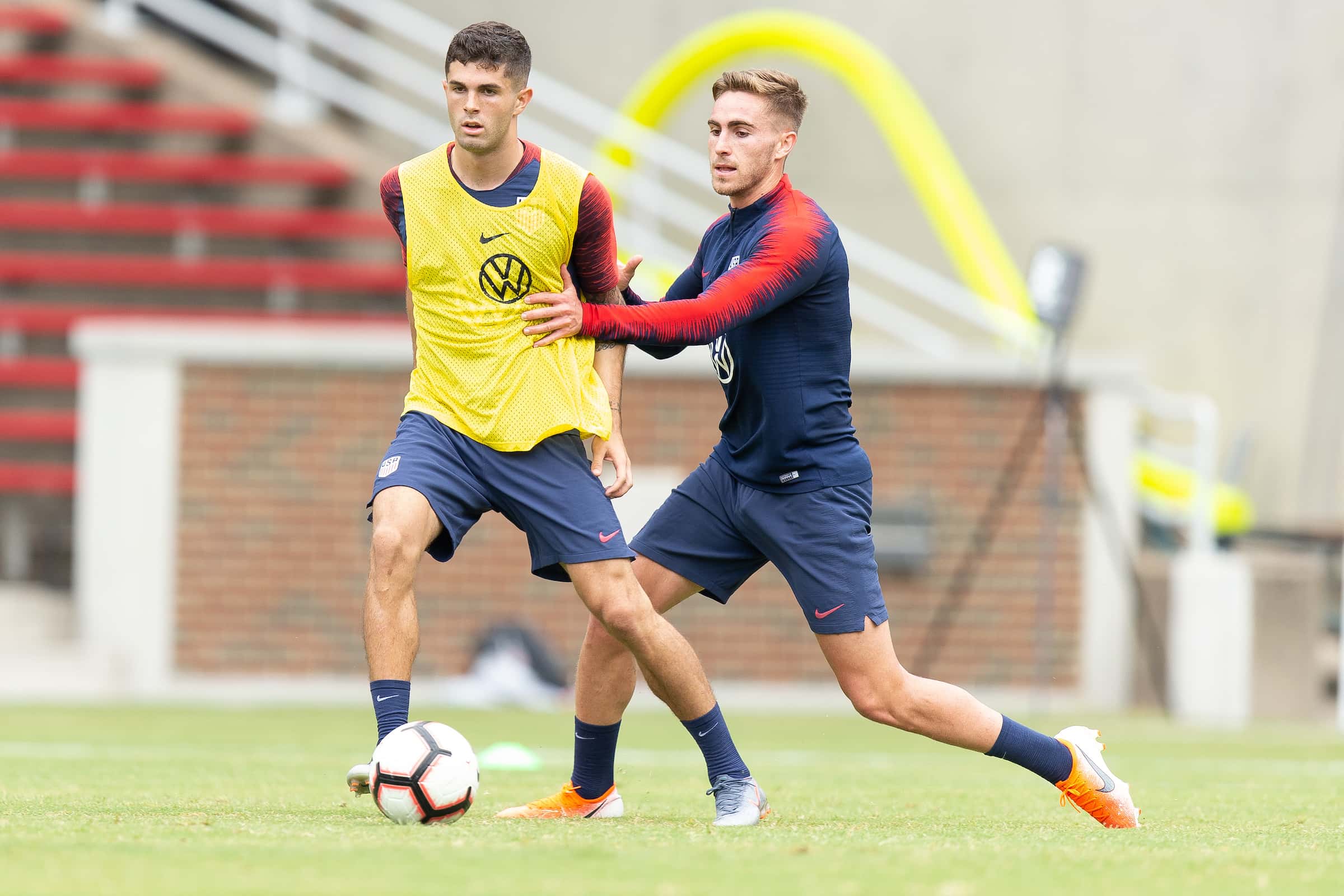 ussoccer.com: For those who haven’t seen you in the Turkish or Portuguese leagues, what type of player are you? What do you see as your strengths?

TB: I would say I’m pretty good with both feet. Fast. I like to score goals. I like to work hard for the team, and most importantly I like to win.

ussoccer.com:
What does it mean to you to be a member of the USMNT now?

TB: “I’d always be cheering for them in the World Cup and in the qualification process, and it was always my dream to play for them. So, during these conversations with the coach, the possibility of it happening was so exciting. Like I said before I was trying not to get too excited because I didn’t want to get my hopes up, but it’s a dream come true and I’ve watched them any time they’ve played at the World Cup or any games that I’ve had a chance watching.”

ussoccer.com:
What is your most memorable moment watching the U.S. team?

TB: “The Landon Donovan goal against Algeria at the 2010 FIFA World Cup. I’d say in general something I love about America is just how enthusiastic they are, how encouraging they are, and how much they get behind their teams. That’s something that is super special and beyond the drama of that moment and what it meant, that’s what I remember about that particular goal.

ussoccer.com:
Did you know anyone on the team prior to camp?

BOYD: “No one. Everything is new. What an amazing group of guys, they’ve made me feel so welcome. It’s been such an easy introduction, and I’m used to going into teams where I might not even speak the language. So coming in here with all these nice guys, no egos, everyone is really humble, everyone is really welcoming, it’s been really easy and enjoyable.”