A look back at Open Cup runners-up Minnesota United, who took Atlanta United all the way to the final kick of the ball in the 2019 Final after putting together an incredible run in the 106th edition of U.S. Soccer’s National Championship.
Jonah FontelaAugust 29 2019
Open Cup

You can always tell the losers from the winners. Their shoulders slump. Hands on hips, they stare off into the distance. Some, like young Mason Toye, crumple to the pitch in tears and need soothing from those who’ve been there before. Most – like Darwin Quintero, the 2019 Open Cup top-scorer, and four-time winner and seven-time Finalist Ozzie Alonso – wait patiently and stern-faced for the celebrations and the fireworks, all salt in their wounds and unwanted reminders, to end.

“It’s our job now to start over and get at it again tomorrow,” Adrian Heath, head coach of 2019 Open Cup runners-up Minnesota United told usopencup.com on the Mercedes-Benz Stadium pitch after the last whistle of the first Final in the Twin Cities side’s history. “You can’t come to a place like this and go down two goals – but the response by my team after that was terrific. I can’t fault any of the guys for that. It just shows you how far we’ve come in the last two years that we come to a place like this and we feel really disappointed that we haven’t come away with something. There’s something in that.”

A Common Loon from the Ashes

What Heath and his players, and more broadly the club’s staff and fans – several hundred of whom travelled to Atlanta, have achieved up in Saint Paul in the space of just three years is nothing shy of astonishing. Losers on the night, sure, but they’ve won so much in going from the MLS basement – conceding more than 140 goals and missing the playoffs in their first two seasons in the top flight – to a cup final in some style. “There were a lot of people who thought we didn’t belong here,” said Mason Toye, just 20 and twice a match-winner in this memorable Cup run of 2019. “We got a lot of stick in the last couple of years but we’ve proven a lot of people wrong.” 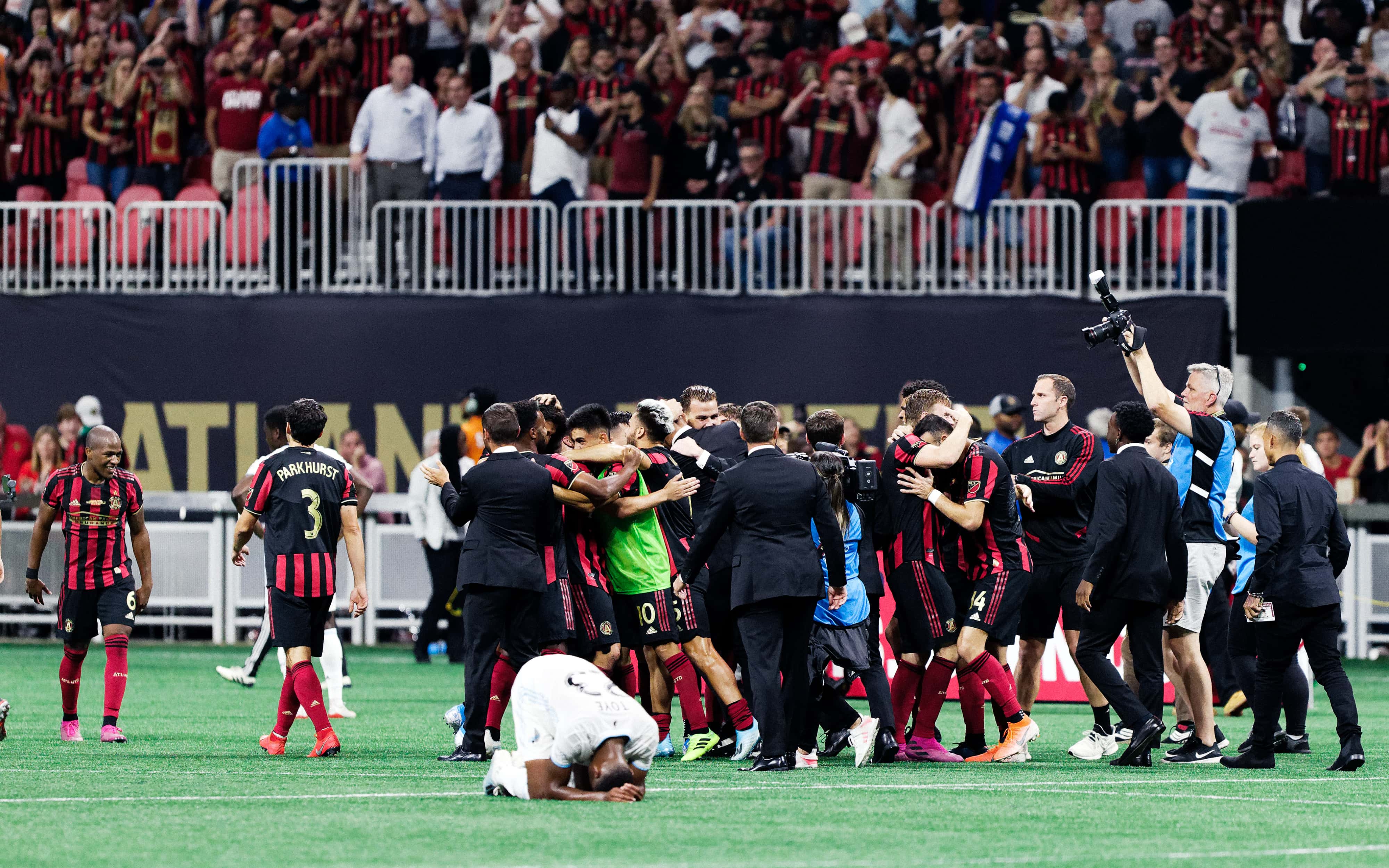 Mason Toye in agony after the final whistle

It’s not easy, on a losing night when you’re so close and yet so far, to see all the good of a run to the Cup final. But it’s plain as day for anyone watching what’s happening up in the North Country on both sides of the field and both sides of the touchline too.

Adrian Heath knows the joy of winning Cup Finals – he still gets letters every week from Everton fans who remember his goal late in extra-time at the now plowed-over Highbury ground in London. The littlest big man on that old ruddy pitch, he headed home to reach the 1984 FA Cup decider, where the Toffees beat Watford to lift the older brother of this 106-year-old U.S. Open Cup. “Fans don’t forget those moments – they live forever,” said the coach, 58, full of vigor and good humor even in the hard times.

But Heath knows the ache of losing Finals too, from when he was on the wrong side of things in 1985 and 1986 as well. He didn’t tell his players to “just to go out and enjoy” the Final against Atlanta United on Tuesday night in front of a record Open Cup Final crowd of 35,709. “I don’t say that kind of thing because I know what’s like to lose Finals and trust me, it’s no fun.”

His players know it now too. And what a blessing for a group that were considered an afterthought for the last two years – a tolerated presence from somewhere up north good for an easy three points on the road. And the all-conquering Atlanta United – who now hold both the MLS Cup and Open Cup trophies – they’ll know they were in a fight. Near the end, down a man to a red card and under heavy pressure from the Loons, the home side needed their fans to roar them over the line. A late missed chance from defender Michael Boxall, who they all call ‘Boxy,’ signaled the end of Minnesota’s brave fight. It was inches from an equalizer. It was all that close a thing.

So Close to a First Trophy

“We got the goal and momentum was with us. It’s the first time we’ve come here and had as many chances as we had,” Heath said as his players waited out the trophy ceremony and a few received gracious hugs from their opponents in red and black – friends and colleagues again after the final whistle’s gone. “Even after they scored the first goal, Boxy has a free header from eight yards out and Mason [Toye] had a couple too. In the second half, we had another three or four real good chances to score again. It’s one of those things and hey, you know, we move on now.” 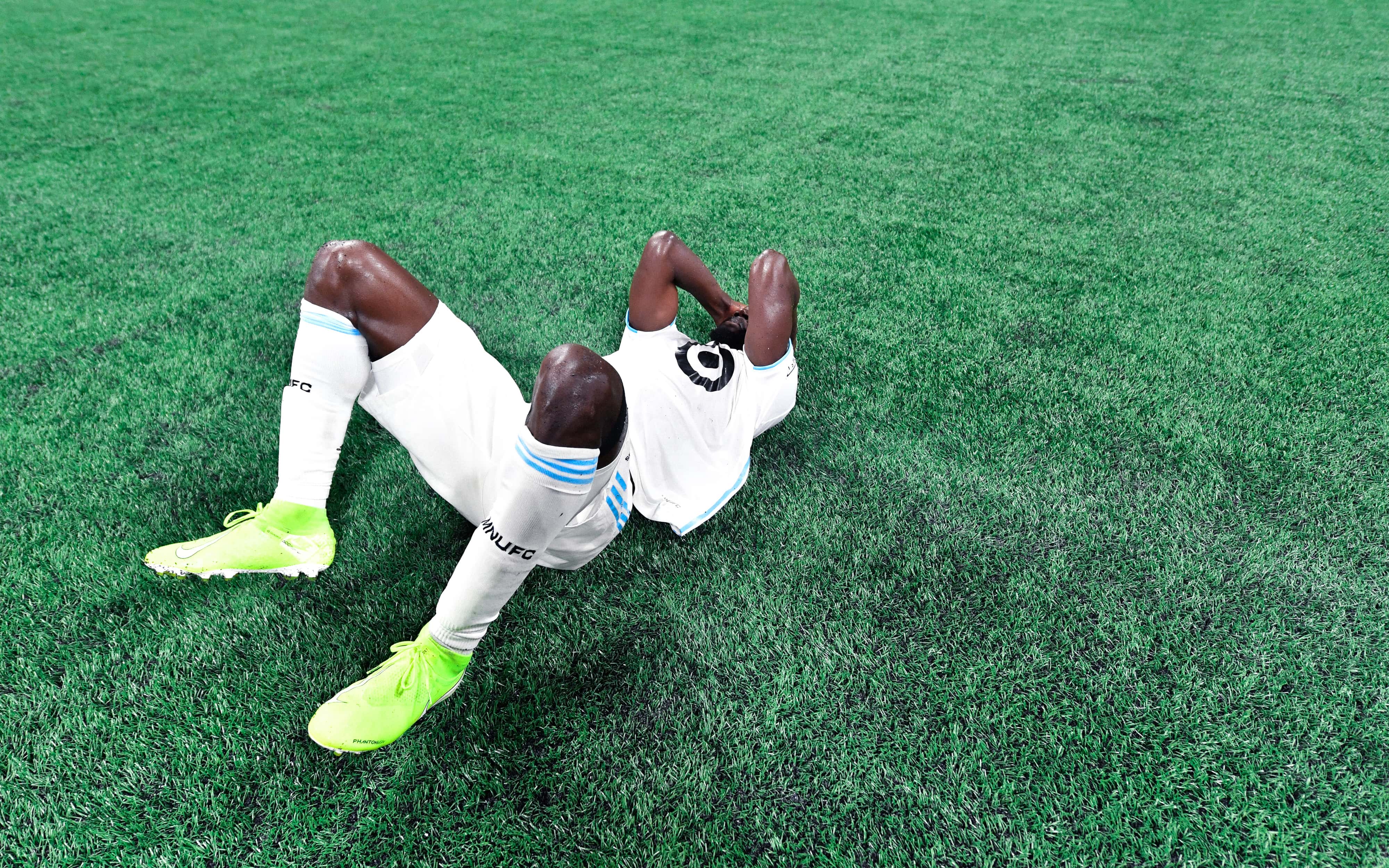 Toye scored two game-winning goals in the 2019 Open Cup
And they do. They move on. This year we’re seeing a soccer miracle in Minnesota, and one we shouldn’t forget just because the Loons didn’t win the day in Georgia. Darwin Quintero, the old legend of Seattle, Ozzie Alonso, defensive stalwart Ike Opara and still-so-young Toye taking it harder than all the rest, have important games to come and there’s silverware winking at them off in the future somewhere. You can bet the farm on that. “It’s my job to get the guys up now, to pick them up and make sure we’re ready to go because we’ve got big games coming – against teams around and above us in the table and games we’ll need to get points from,” said Heath, wrinkled and rumpled after the loss but looking, as all dreamers and winners do, to a horizon point where anything’s possible.
Tags
Open Cup
2019 US Open Cup