An FA Cup hero in his playing days with Everton, Adrian Heath has brought grit and passion to bear in an historic Open Cup run for Minnesota United.
Jonah FontelaAugust 23 2019
Open Cup

Watch 58-year-old Adrian Heath on the Minnesota United touchline. Keep a close enough eye and you’ll see the entire game – the whole emotional arc of it – in his contortions. He doesn’t just kick every ball, as the old cliché goes, he makes every tackle, takes every shot, digs out every second ball and scraps for every inch. “I need my players to know that emotionally, physically and mentally, I’m invested in this,” said the English boss, 5-6, who leaps high and punches the air when precious goals fall for his Loons in this miracle year of 2019. “I don’t do anything by halves.”

Heath was born and raised in the hard scrabble of coal miners and railway workers in England’s West Midlands. No one got through life easy and few made it far away from the town of Knutton, where Heath grew up among three generations of family in a crowded house with an outdoor bathroom. Now, these many miles away in the Twin Cities, he’s presiding over a dramatic turn in fortunes for Minnesota United, who’ve gone from the basement of MLS to one of the feel-good stories of the American soccer scene. “I give everything I can to make this club successful and I expect the same from my players,” said the coach, who says what he likes and doesn’t give a damn if you like it or not. “If you want to come here and just fill out a few years, well this is the wrong place. I’m not interested in that kind of player.”

A Man with a Three-Year Plan

In charge since 2017, the year Minnesota United swapped the second division (NASL) for the top-tier (MLS), Heath suffered early. “People don’t realize how difficult it is to make that step up, to be an expansion team in MLS,” said the coach, whose Loons conceded a league-worst 70 goals in their inaugural MLS season (and 71 last year). “Most teams don’t have the luxury to do what LAFC and Atlanta [United] do, and what Beckham’s going to do in Miami. To go and bring in a bunch of DPs and spend and take the league by storm – that’s not normal.” 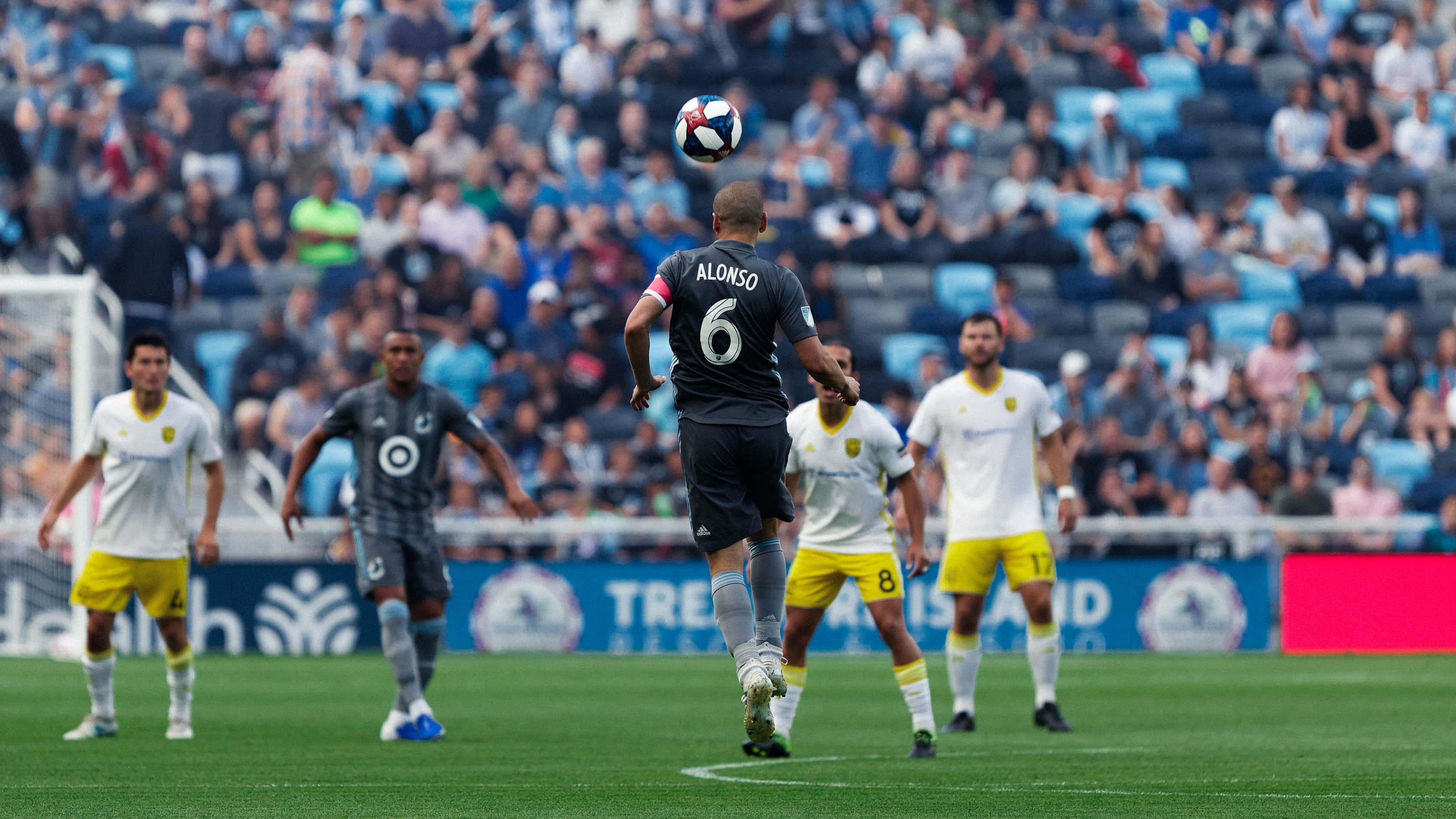 What was normal for Heath and Minnesota United in those first two seasons was learning to lose. “You have to get used to losing when you’re in that position because it’s going to happen,” said Heath, who had a 20-year playing career in England’s top flight during the 1980s and 90s, winning a pair of league titles and a Cup Winners Cup in 1985. “You have a roster and you try to be competitive, but it’s difficult. You have a two-year plan and a three-year plan. And people can say whatever they want, but we’ve got better every year and we’re very close to having a team that can compete with anybody on a regular basis, which we haven’t up to now.”

Heath is selling it short here. From two consecutive seasons playing in a half-empty football stadium, finishing third from bottom in the West and failing to reach the playoffs, the Loons are now flying second-place in the Conference and facing a first-ever Open Cup Final (or a final of any kind) against Atlanta United on Tuesday, August 27. Driven on by six sumptuous strikes from the outstanding Darwin Quintero, Minnesota United have scored an astonishing 15 goals in four 2019 Cup games (three of them played at their brand-new, always sold-out Allianz Field in Saint Paul).

Things are happening in the North Country – big things that no one saw coming. Fans on the Wonderwall are singing their hearts out and the team down on the pitch is playing some of the most expansive soccer in MLS. So, what is Heath doing differently? “Nothing,” he said in that matter-of-fact way of his, noting an influx of players that have transformed the side from one seemingly afraid of its own shadow to title contenders on two fronts. “It’s just a different team with different players. It’s the first time since I’ve been here that we’ve been a comparable level to a lot of the teams we play.”

A New look for MNUFC

Those new additions are hard to miss. They’re big-time. Ike Opara was a 2017 Open Cup winner with Sporting Kansas City and that same season’s MLS Defender of the Year. Midfielder scrapper Osvaldo ‘Ozzie’ Alonso won four Open Cups with Seattle and was arguably the Sounders’ best player in the most productive era in the Cascadia club’s history. Slovak international Jan Gregus adds elegance and vision in midfield and Romain Métanire and goalkeeper Vito Mannone have loads of experience in France’s Lique 1 and England’s Premier League respectively. “Look at the roster now compared to the last two seasons and there’s your big secret,” added Heath, eager to tout the recent acquisition of young Designated Player Thomas Chacon from Uruguay and the improvements of young homegrown striker Mason Toye, who’s scored two game-winners in the 2019 Open Cup. “These guys are used to winning and being competitive. “It’s taken five transfer windows to get there, but now we’re where we can keep pushing on.” 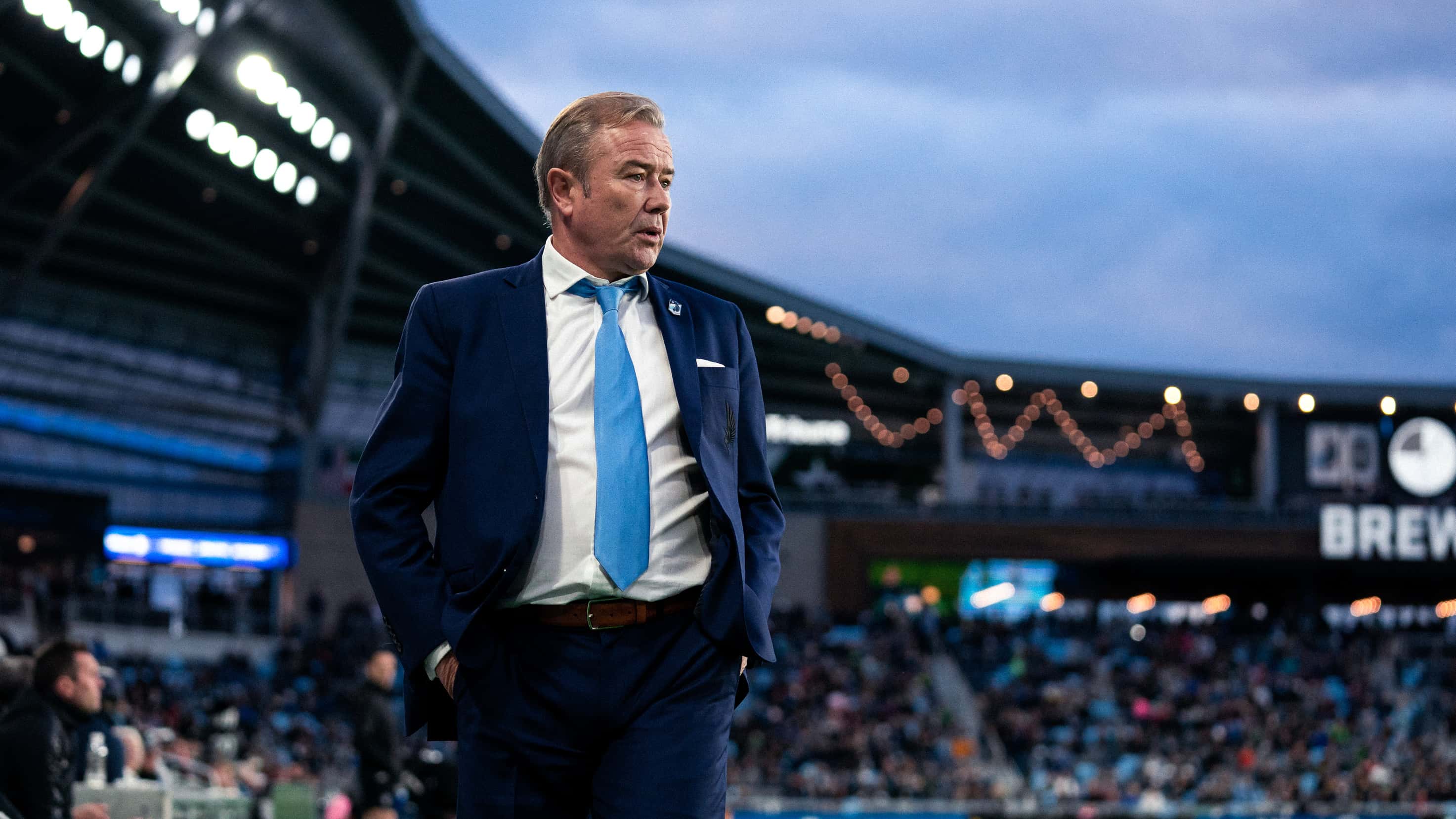 A rare placid moment for the energetic Heath

Heath is a fiery character. He fits right in the orbit of the U.S. Open Cup, where it’s all on the line in every game and maximum effort is required when things go ugly and tricky – which they invariably do. The 4-1 win over 2017 champs Sporting Kansas City in the Fourth Round was a perfect start for Minnesota. “Then we had to battle in Houston, down 2-0 at the half,” he said of the 3-2 win over the 2018 Open Cup champion Dynamo. “I told the boys at the half, the next goal will decide this and they came up big.” The team went from strength to strength after that, mauling New Mexico United 6-1 after going down early again. And the Semifinal against the Portland Timbers was a culmination of everything that came before – a solid 2-1 win over an opponent with hungry eyes for this year’s trophy.

Now the Loons are face-to-face with a Final. It’s something even the most optimistic fans up in the North Country couldn’t have imagined at the opening kick of this season. Heath, the man with the plan, has been here before. If not here exactly then somewhere very near it. He won the 1984 FA Cup – the Open Cup’s older English brother – while he was one of the best and most ferocious strikers in the English top flight. He lost a pair of Finals too. He knows both sides of this equation that can only end one of two ways. His advice for his Minnesota United players on the eve of the big occasion is predictably curt, direct – and delightful.

“I’m not one of those ‘listen, let’s just go out there and enjoy it’ kind of guys,” said Heath, who relishes the role of underdog away from home against the all-conquering 2018 MLS champions Atlanta United. “I don’t say that. The only way I see how to enjoy it is to win. I’ve lost Finals and trust me, I didn’t enjoy that at all. And we have the players who know that too. We’re 90 minutes away from achieving something really important and that most people didn’t think we had a cat in hell’s chance of doing.” 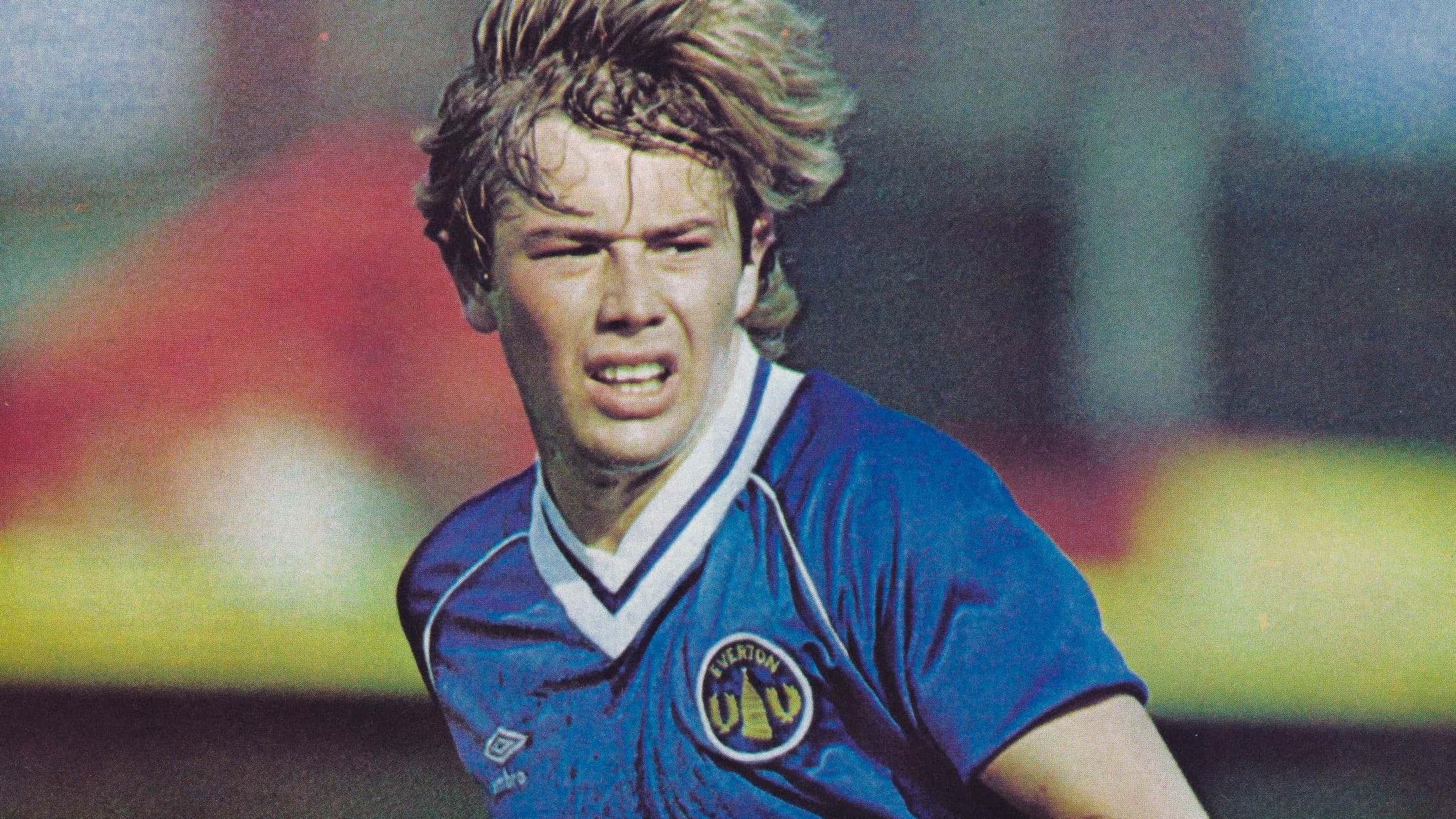 A young Heath from his Everton days

The last thing Heath wants is for his players to let this chance slip away. At Highbury in London in 1984, the clock was ticking down on his own shot at winning an FA Cup. There were just seconds left of extra-time in the Semifinal when Heath, the smallest player on the field, popped up and poked an awkward header past the Southampton goalkeeper. It was the game-winner. It put Everton in a Final. And Heath was mobbed by fans in blue who’d invaded the ruddy pitch. “Not a week goes by that an Everton fan doesn’t mention it to me. I still get letters about it from fans who were there,” said Heath, drifting back to a time where he made sure nothing got past him. “A winning goal in extra time, so close to the end, that’s just one of those moments that fans don’t forget. It lives forever.”

Heath and his Loons know they’re on history’s doorstep. The only thing that stands in their way is Atlanta United, who despite their big budget, huge crowds and fearsome squad, won’t have the spirited boss shaking in his boots. “Frank de Boer [Atlanta coach] will have seen enough of us to know we’ll give it a right good go,” said the coach, hoping he’s the one punching at the air in the Merdedes-Benz Stadium when the final whistle goes. “We’ve won there before and there’s no reason we can’t do it again. The energy this year is: let’s go out and win things – games, trophies, everything we can.”