CHULA VISTA, Calif., (Sept. 9, 2019) – U.S. Under-23 Men’s National Team head coach Jason Kreis is getting closer to identifying the group of players who will participate in the 2020 Concacaf Men’s Olympic Qualifying Championship next March in Guadalajara, Mexico. Kreis and his coaching staff observed 25 players during the September training camp in Chula Vista. He came away impressed with what he saw.

“I feel it’s been excellent,” Kreis said. “This is our third camp together… and there’s no doubt this is our strongest group. I would say there are more players here that are going to be in real contention to make what will be our Olympic qualifying team.”

The group came together for the first time in March for friendlies against Egypt and the Netherlands in Spain. Next, the U-23 MNT held a week of training – with a nearly completely different group - in June in Utah.

“The guys have been nothing short of spectacular,” Kreis continued. “The effort, the intensity, the competitive desire of all the players has been great and they are really taking on all the messages and trying to understand the tactical approach that we’re going to have.” 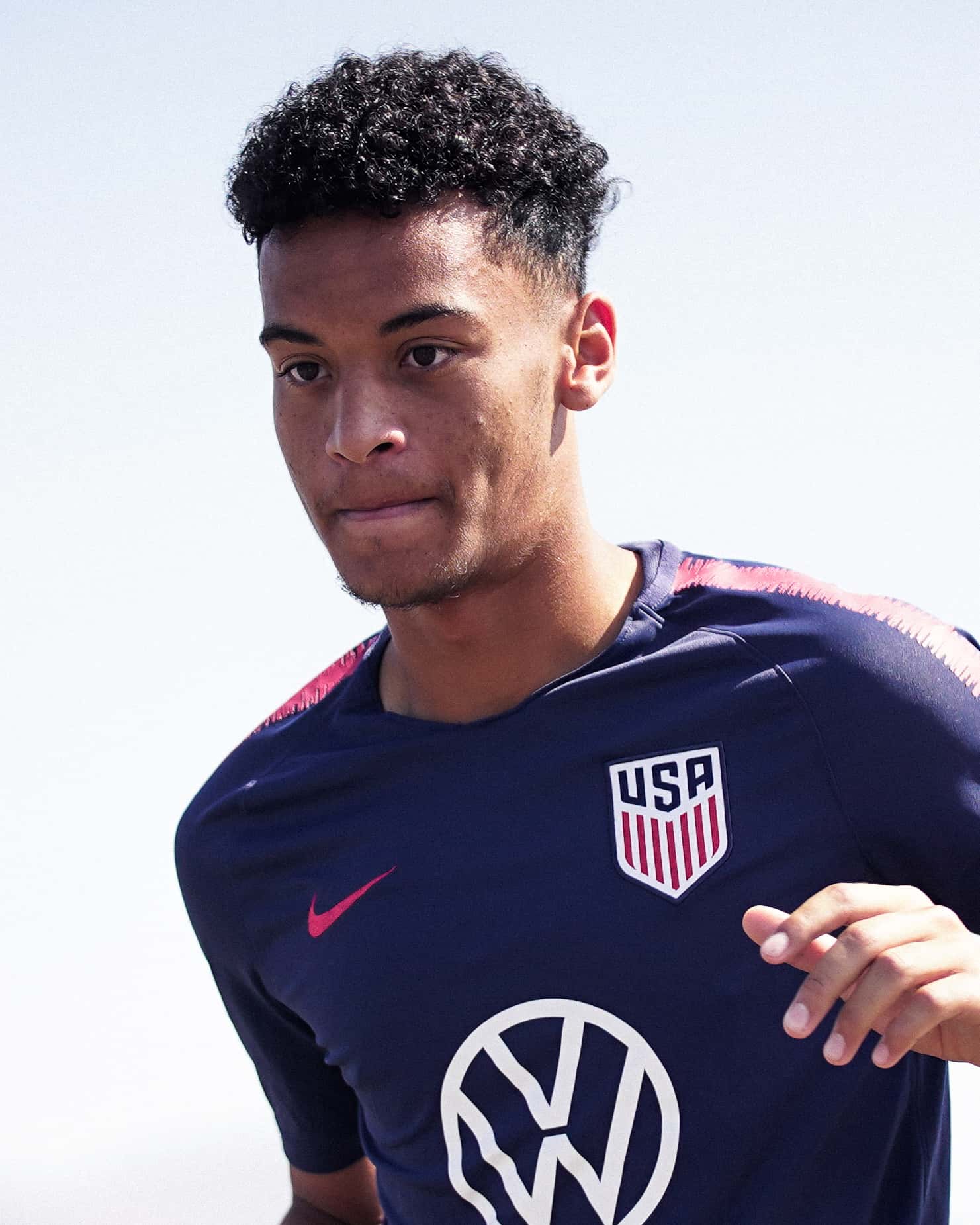 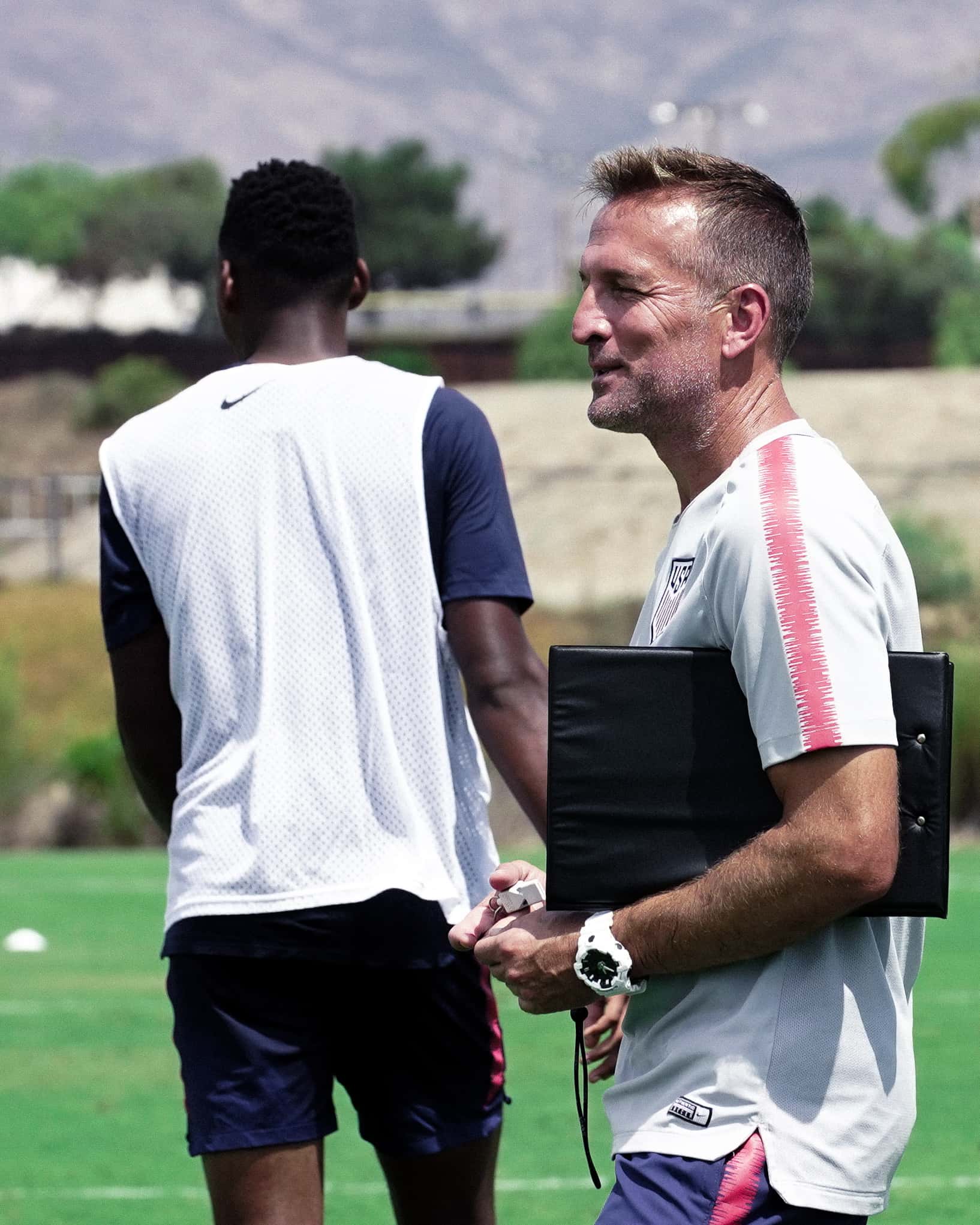 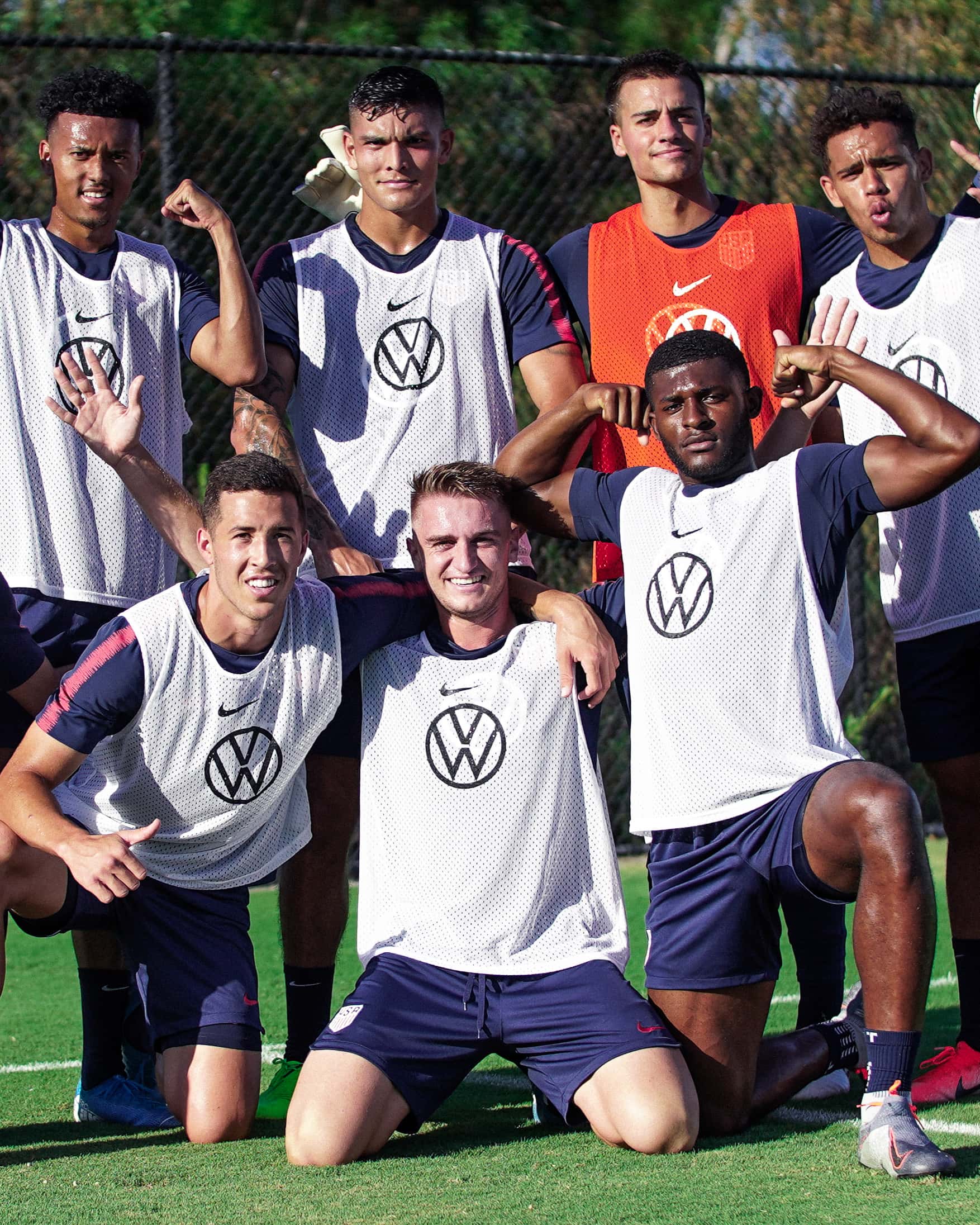 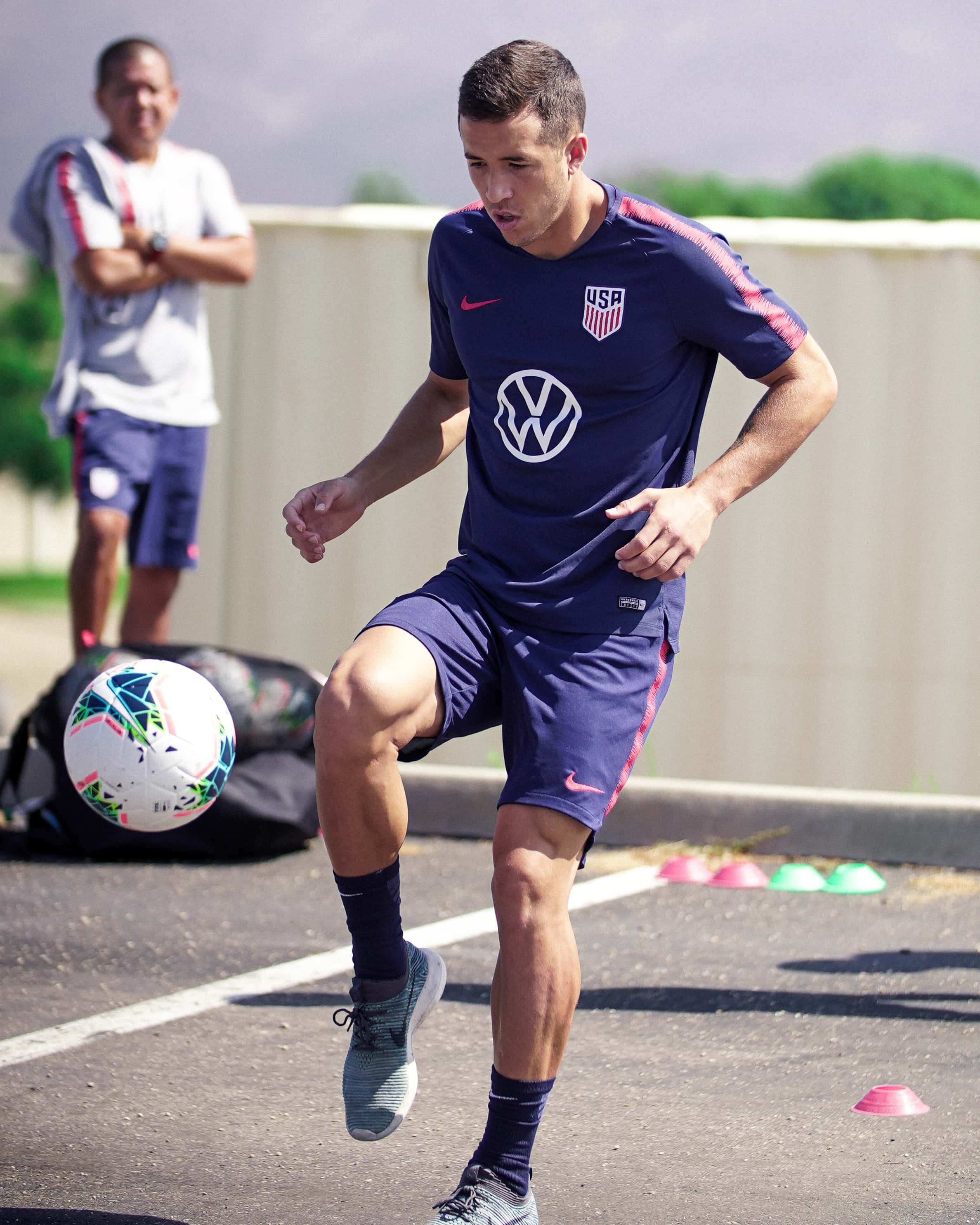 Players in the September camp were put through 10 training and workout sessions over seven days and are set to conclude the week with a closed-door match vs. Japan on Monday.

“We’re still quite a ways out from qualification,” Kreis said of his approach to the friendly. “Right now I think we’re still in an evaluation process, so for me I would like to approach this game with the thought that everyone will play. We’ll try to see everyone in a real, live international match.”

Atlanta United forward Brendan Vazquez replaced Haji Wright at the start of camp. Wright had picked up a knock before the camp began... UC Berkeley goalkeeper Drake Callendar was a late addition to the team as he was brought in to train for the week before returning to his school over the weekend... Goalkeeper Andrew Thomas joined the camp midweek after helping Stanford win at Akron last Monday.

FC Dallas forward Jesus Ferreira and Kilmarnock FC defender Niko Hamalainen are not yet eligible to play for the U-23 MNT. While Ferreira has obtained his U.S. citizenship, the process continues to finalize his eligibility. Dual-national and Miami native Hamalainen also remains ineligible to play as he has previously played for Finland and would need to apply for a change of federation.

“Regardless if they’re eligible to play in games, you always want to see those players up close and how they interact with your group” Kreis said. “So it’s been really nice to have them here this week.”

JT A MAINSTAY AMONG LARGE POOL:

Goalkeeper JT Marcinkowski is the only player who has participated in all three U-23 MNT camps this year. In all, Kreis has had 53 players participate in the three camps. From the September group, Marcinkowski, midfielder Djordje Mihailovic and defender Donovan Pines are the only that played in the matches in Spain, with all three starting in the 0-2 loss to Egypt. JT and Djordje also started in the scoreless draw with the Netherlands, while Pines came in off the bench. Eight players return from the June training camp: Marcinkowski, Thomas, Glad, Herrera, Trusty, Aaronson, Saucedo and Lennon, while 14 are in with the U-23 MNT for the first time.

Japan’s Olympic team played Mexico to a scoreless draw on Friday in Celaya, Guanajuato, Mexico. In June, Japan finished runner-up in the famed Toulon International Tournament in France, falling to Brazil on penalty kicks after a 1-1 draw. Japan had previously defeated England (2-1) and Chile (6-1), fell to Portugal (0-2), and beat Mexico on PKs after tying 2-2 in the semifinal.

“And you talk about clubs supporting the U.S. Soccer Federation and clubs supporting our Olympic qualification efforts – a club like Seattle who’s releasing an assistant coach when they have a match this weekend (at Colorado) – this is extremely supportive by a club and I think we would be making a mistake if we don’t acknowledge that and express our sincere appreciation.”

Real Salt Lake defender Justen Glad narrowly missed playing for Jason Kreis in Salt Lake. Kreis left the club after the 2013 season, and Glad signed as a Homegrown player just as the 2014 season was starting (though he wouldn’t make his debut until the following year). Still, Glad had an idea of Kreis’ coaching style while coming up through the RSL academy program. Now, he’s in his second U-23 camp under Kreis:

“There a lot of new faces, but the goal is the same, and it’s nice having Jason with the same style of play,” Glad said from camp. “He really implements and he instructs how he wants the team to play, the style he wants, where he wants players to go. So, no matter who’s here, it really makes it easy to step in and pick up where you left off.

“This camp has gone really well. I think with the new players, with the old players, everyone is kind of seeing the direction that the team wants to go and everyone’s working hard to attain it.”

The USA is aiming to qualify for its first Men’s Olympic Tournament since 2008. Concacaf recently announced that the 2020 Concacaf Olympic Qualifying Championship will be held March 20-April 1 in Guadalajara, Mexico. That tournament will send two teams from North America, Central American and the Caribbean to the Tokyo 2020 Olympic Games.
Tags
U-23 MYNT