Back to Cali: The SoCal Connections on the USMNT roster to face Costa Rica

The USMNT’s arrival into the Los Angeles area on Saturday symbolized the last stretch of January Camp. As the flight touched down at LAX, for many it also represented a homecoming of sorts.

SoCal has always been a hotbed of soccer talent in the USA, and it’s certainly reflected on the roster with nine players on the 22-man squad holding various ties to the area. It should make the competition during the last week of camp very interesting as players vie for a spot on the field against Costa Rica on Saturday, Feb. 1 at Dignity Health Sports Park in Carson. Tickets for the match are available here.

Here are our SoCal roster connections: 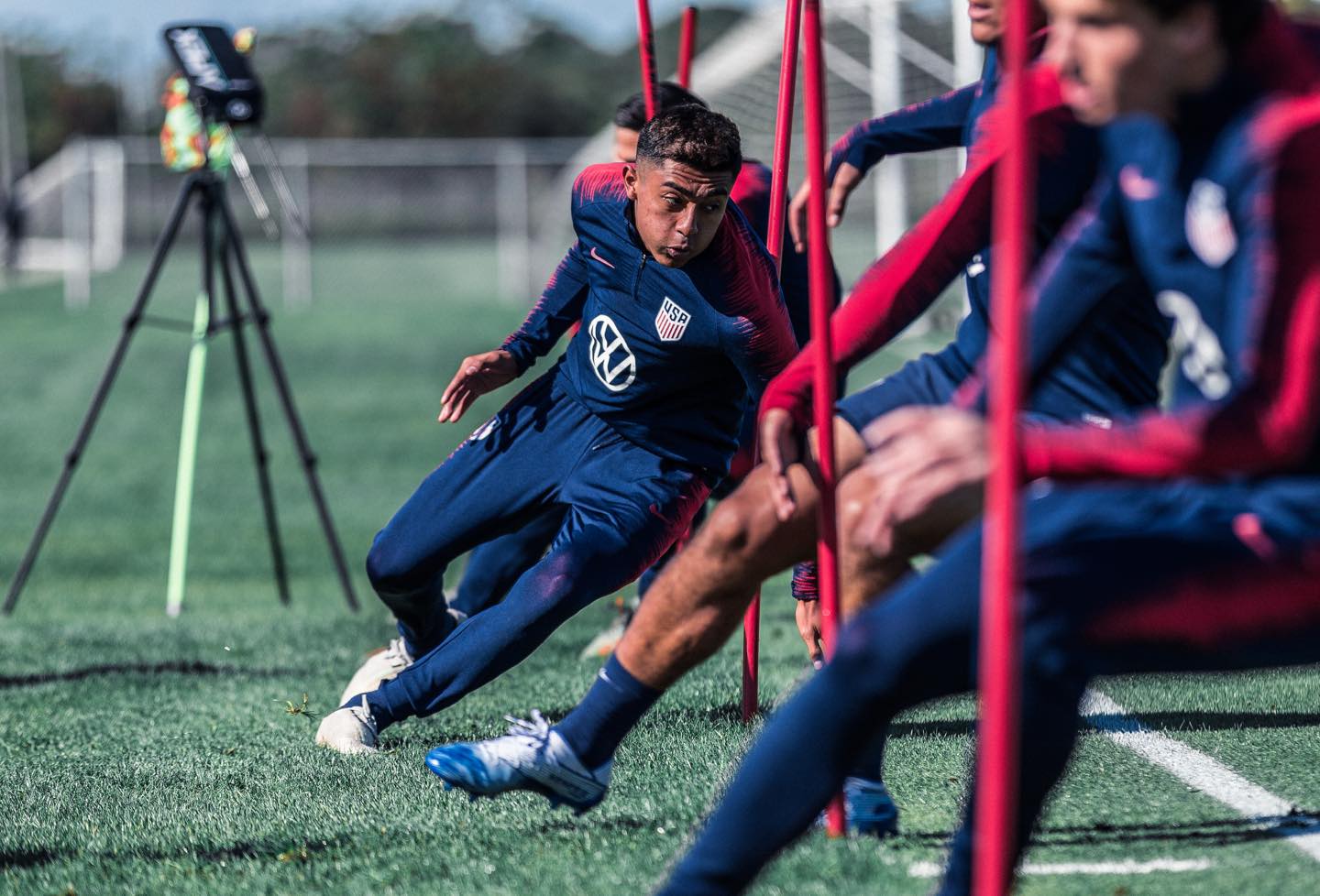 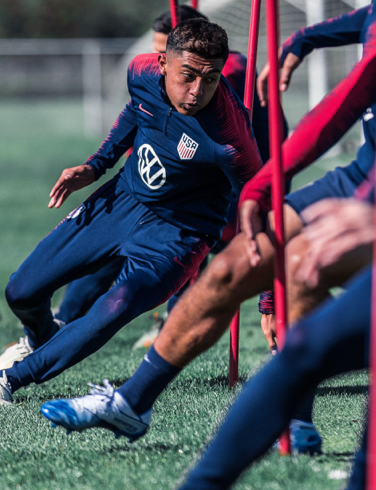 Hailing a little further north of the Los Angeles area in Lompoc, Calif., Araujo is an LA Galaxy Academy product and one of two players on the roster that have the opportunity to play in their home stadium on Saturday against Costa Rica.

A youth international who helped the USA win the 2018 Concacaf U-20 Championship and went to last summer’s FIFA U-20 World Cup in Poland, the 18-year-old right back will hope to make his senior-team debut at Dignity Health Sports Park.

“It’ll mean everything,” Araujo said this week. “Representing my country is an honor. Being able to play for my country in front of everyone here in LA will be a whole other feeling. I’m excited. If my name is called, I’m going to be ready and show them what I’m about.” 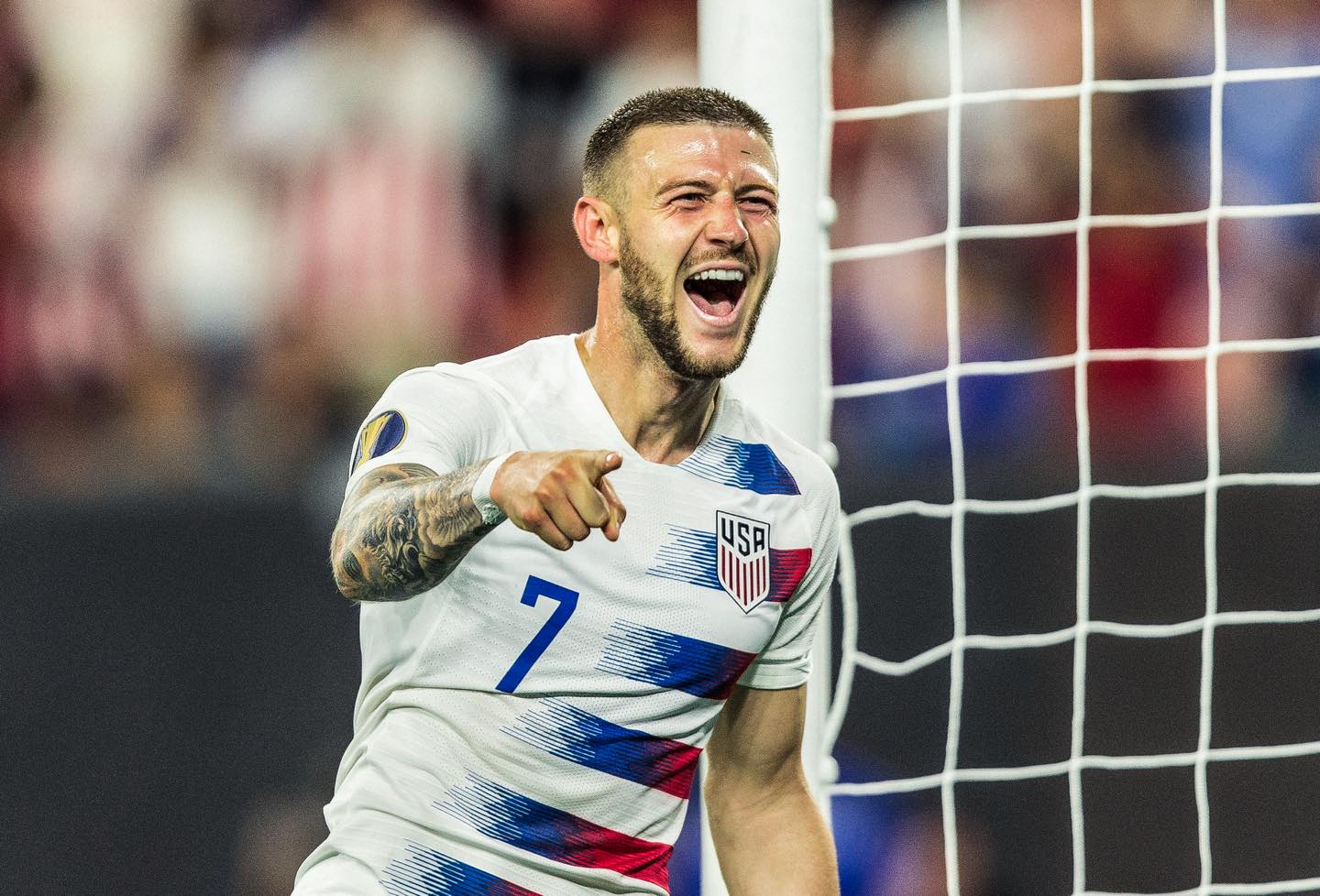 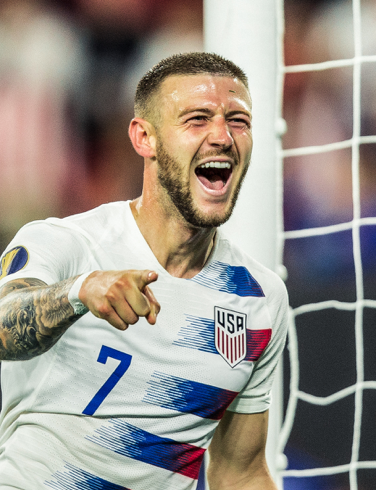 Heading into his fifth year with the USMNT, winger Paul Arriola is the second-longest tenured player on the roster with 32 caps and five goal to his name. While he hails from the San Diego suburb of Chula Vista, Arriola was also part of the LA Galaxy Academy and nearly attended UCLA before electing to turn pro at age 18 with Club Tijuana in Mexico.

Having represented the USMNT at Dignity Health Sports Park during a 0-0 draw against Bosnia-Herzegovina in the 2018 January Camp, Arriola looks to make his second international appearance at the venue on Saturday. He’ll also hope to end January Camp the same way he did last year when he scored the first goal since his late father’s passing the previous October, capping a 2-0 win against Costa Rica and igniting his most productive year with the USMNT. 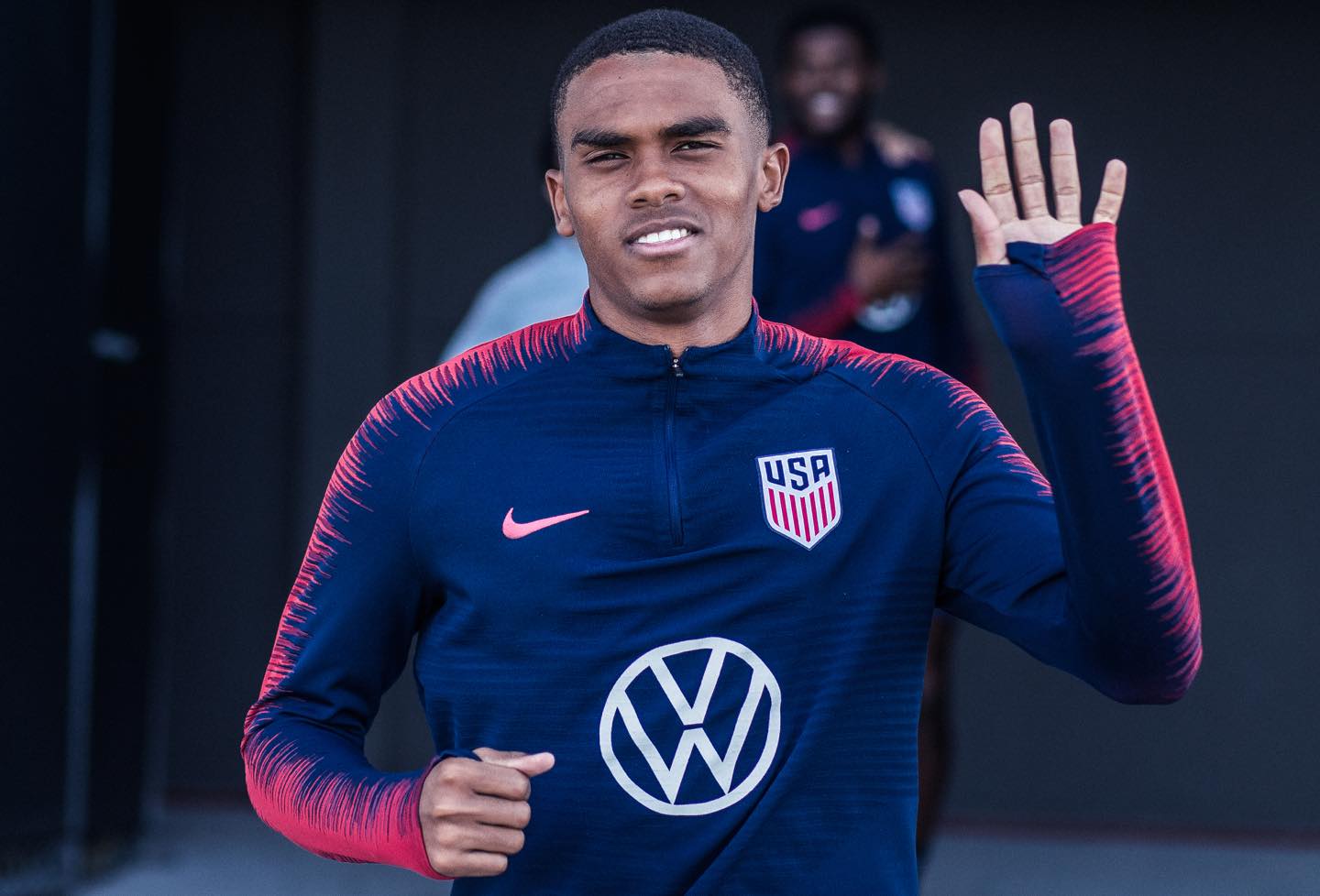 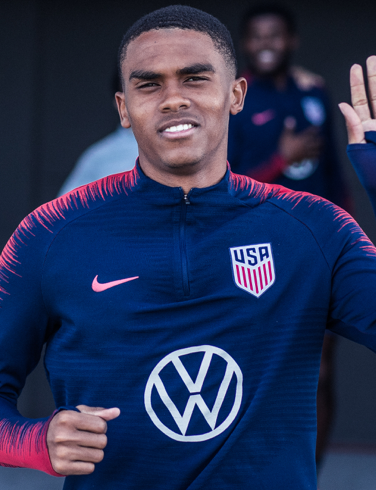 Though an FC Dallas Academy product, right back Reggie Cannon does have ties to the area after playing his freshman year of college soccer at UCLA in 2016.

Cannon started all 20 matches for the Bruins that season, helping the school to an NCAA tournament appearance before inking a Homegrown contract with FC Dallas that December. 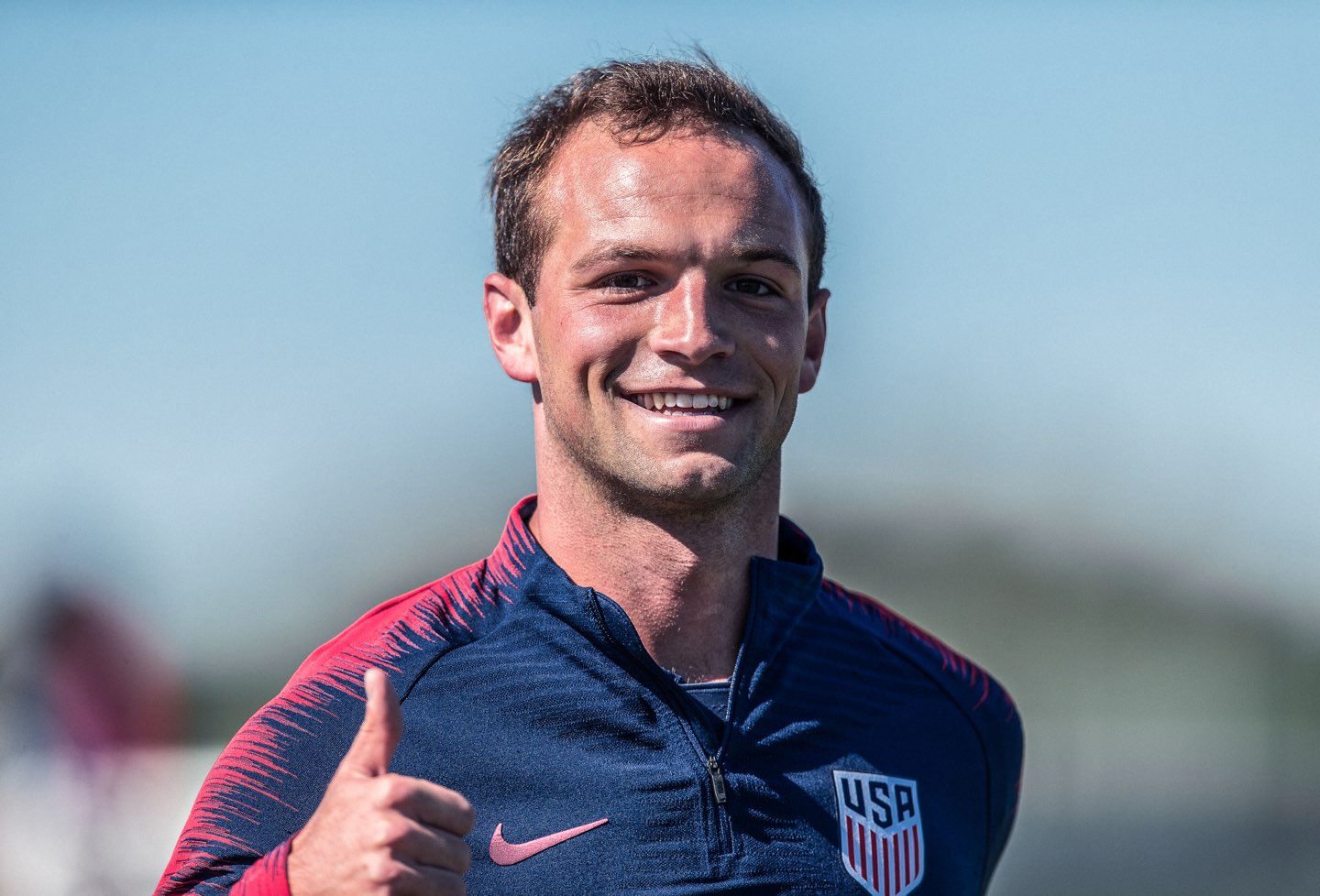 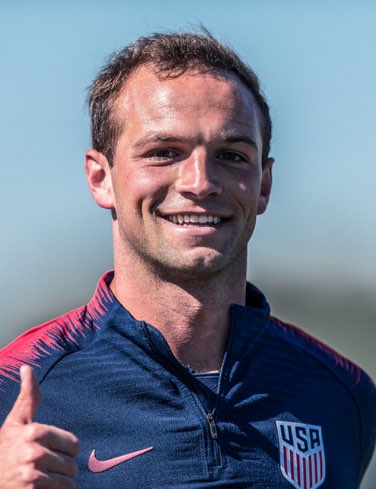 Hailing from Annandale, Va., defender Chase Gasper is one of three UCLA alums on the roster. The left back played for the Bruins from 2014-16, teaming with Cannon and Jackson Yueill along the way. 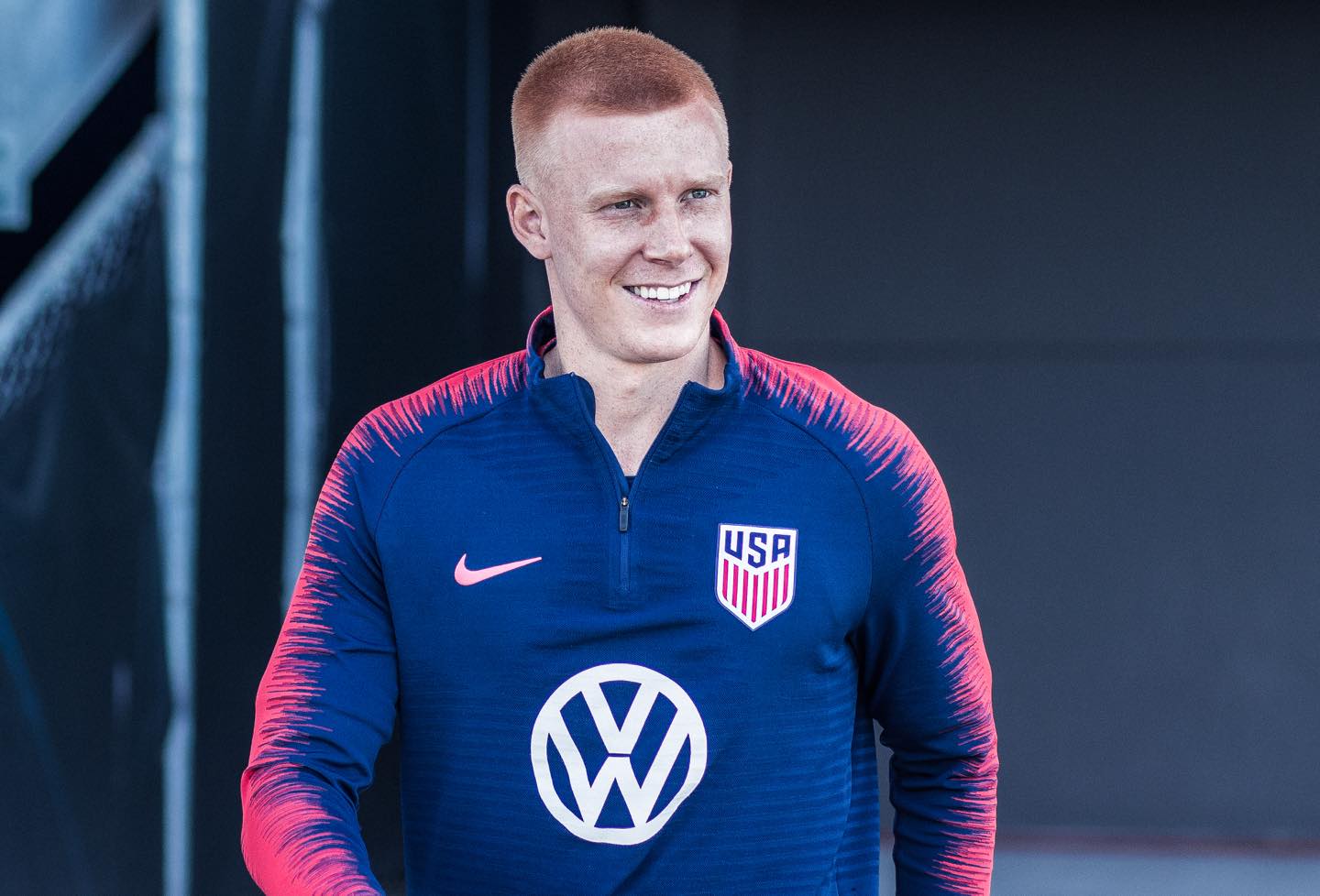 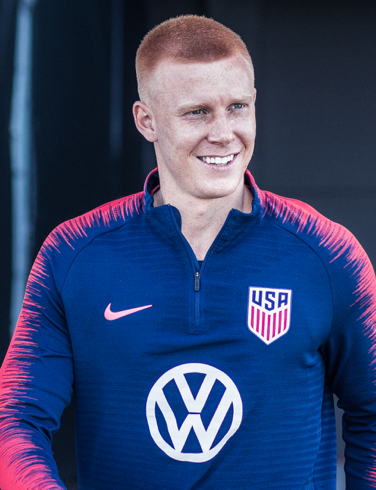 Of those on this list, Real Salt Lake center back Justen Glad had the briefest time in the area. Born in Pasadena in 1997, Glad grew up in Tucson, Ariz., and made his way into the RSL Academy in Rio Grande.

An alum of the 2017 FIFA U-20 World Cup and mainstay on the RSL backline, Glad will hope to make his debut not far from where he was born. 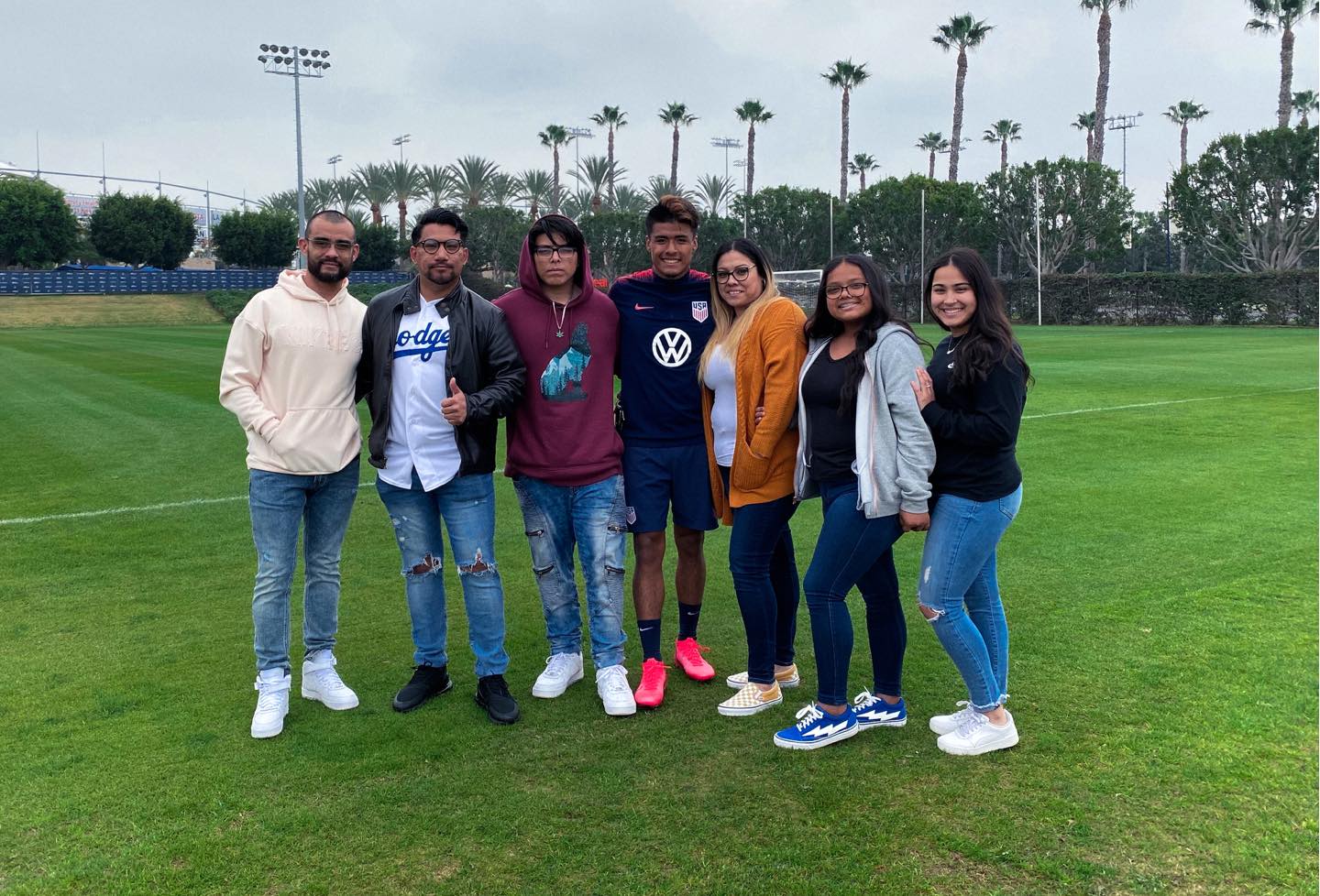 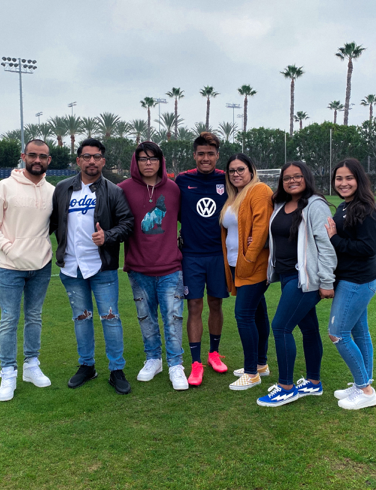 Hailing from Lynwood, Calif., Ulysses Llanez is another LA Galaxy Academy product, helping the club to two straight U.S. Soccer Development Academy Finals in 2017 and 2018, earning concurrent minutes with the club’s USL side in those seasons.

Internationally, he featured for the USA at the 2018 Concacaf U-20 Championship and was part of the USA squad at the 2019 FIFA U-20 World Cup where he played in two matches including the 3-2 upset victory of tournament favorites France in the Round of 16.  Electing to sign with Wolfsburg of the German Bundesliga, Llanez scored 10 goals in 11 matches for the club’s U-19 side before coming to camp.

“Hopefully I get to start. If not, hopefully I get some minutes there,” Llanez said about the possibility of a home debut for the USMNT. “I’ll be extremely grateful. I have family there, friends there, so just debuting back home in a stadium I’ve always wanted to play in will be a dream come true.”

Upon arrival in LA, it didn’t take long for Llanez to reconnect with his family, who attended the team’s first training session in Carson on Sunday morning. 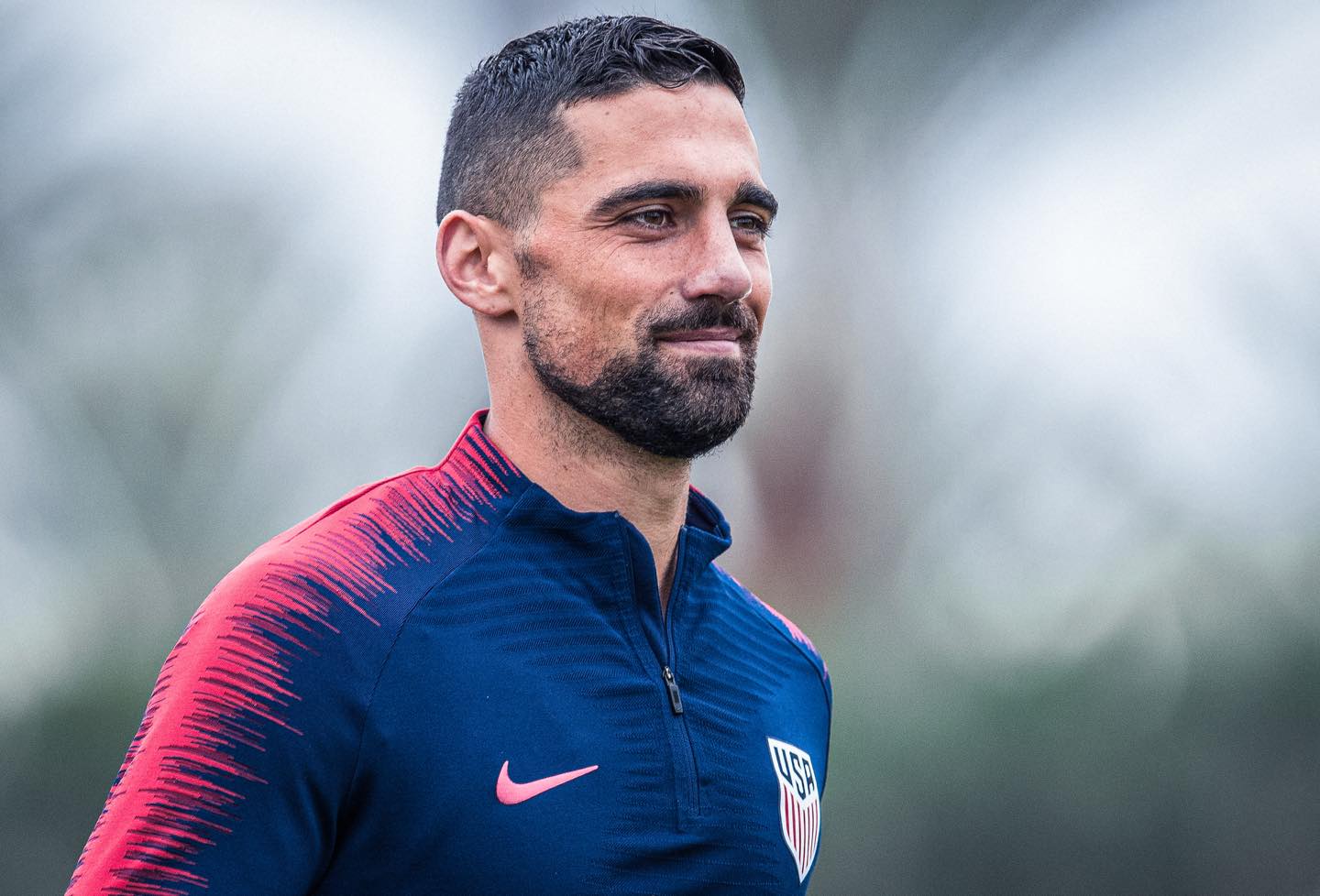 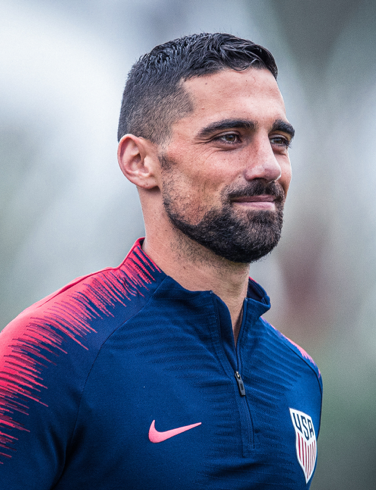 Though he hails from San Francisco, Sebastian Lletget exudes SoCal in everything he does as a member of the LA Galaxy and the U.S. Men’s National Team. The midfielder got his start with the USMNT during January Camp 2017, earning his debut in a 0-0 draw with Serbia. That performance propelled him to starting a crucial World Cup Qualifier against Honduras two months later in San Jose, just minutes away from where he played youth soccer. Moments after scoring the opening goal, Lletget suffered a horrible foot injury which kept him out for more than a year.

After recovering, Lletget returned to the USMNT fold in November 2018 and re-established himself in the group during January Camp last year. Following a solid month of training, the veteran midfielder made an emotional return to San Jose where he scored the opening goal and assisted on the second to lead the USA to a 2-0 victory against Costa Rica. 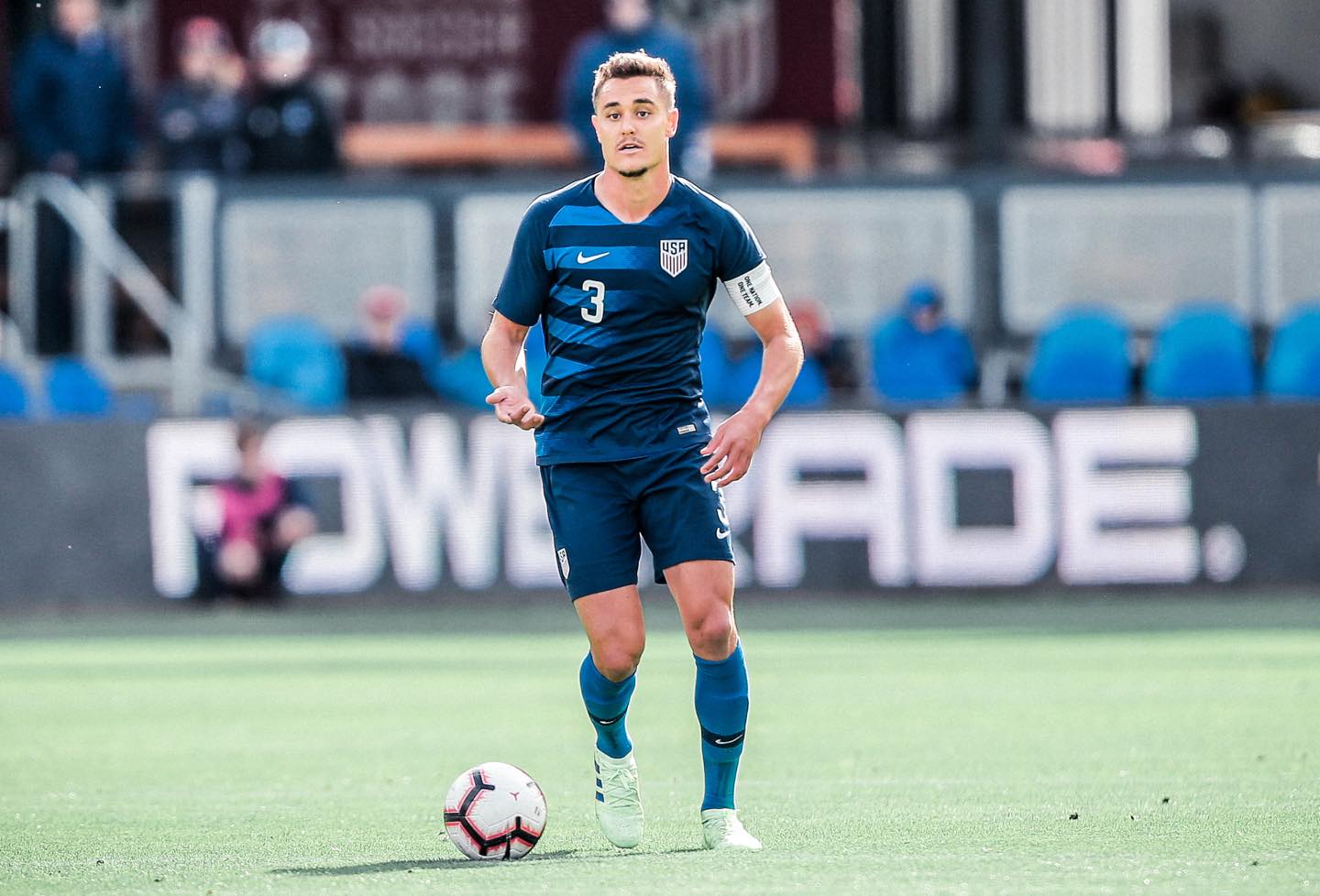 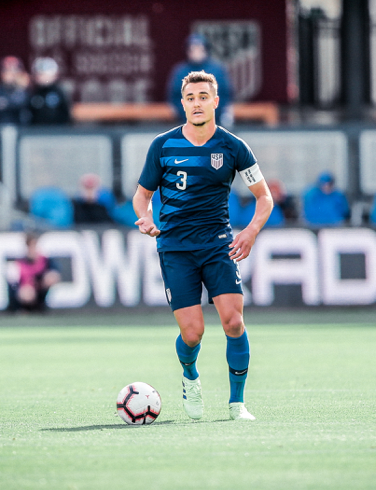 A product of Oak Hills, Calif., Aaron Long played soccer and football at Serrano High School and went on to play collegiately with UC-Riverside from 2010-13. After bouncing around MLS with the Portland Timbers and Seattle Sounders FC, Long found a home with the New York Red Bulls, working his way up from the club’s second team in 2016 to become MLS Defender of the Year two years later.

In the fall of 2018, Long received his first USMNT caps. He established himself with the side in 2019, captaining the team on two occasions and leading all defenders with 14 appearances and three goals. 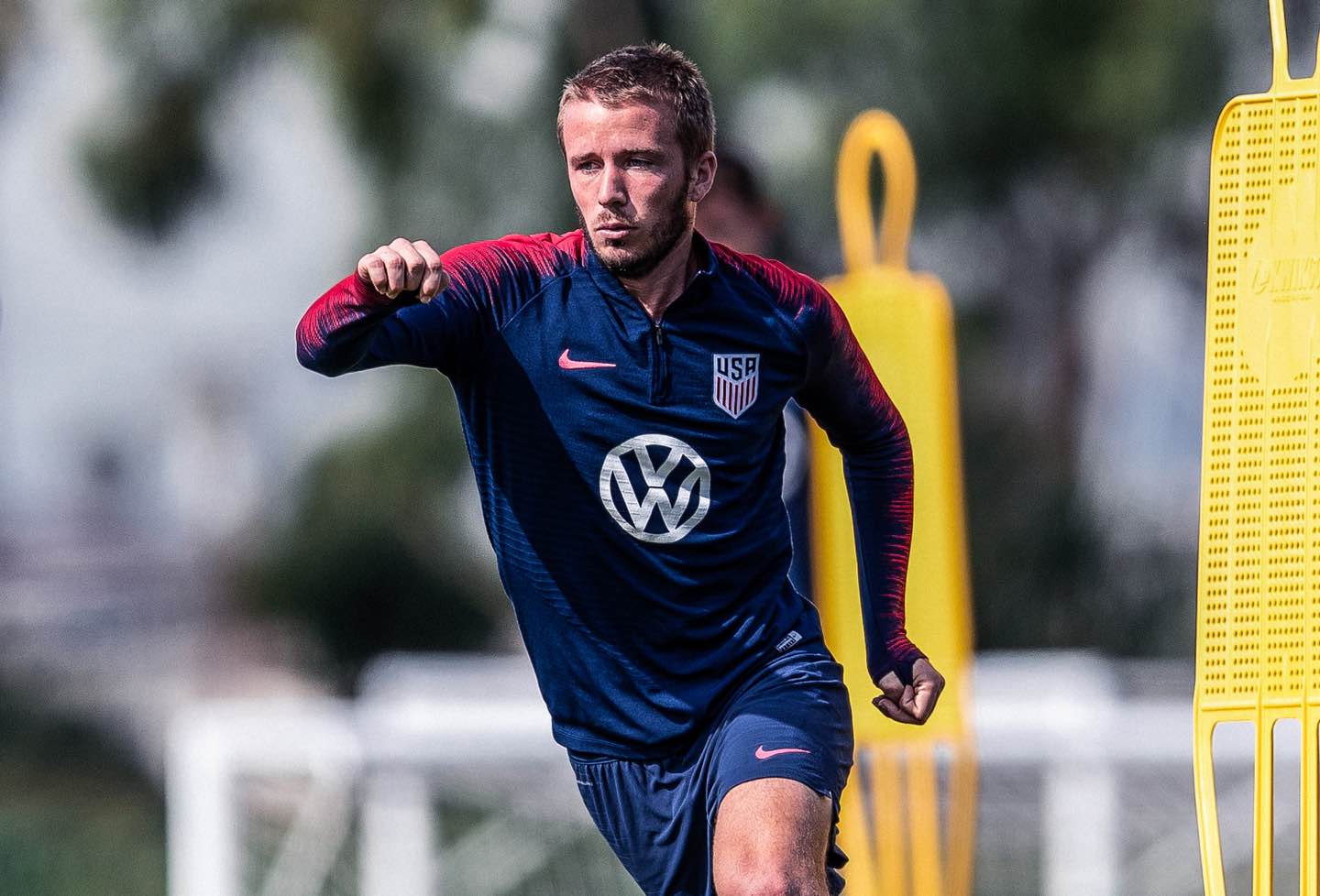 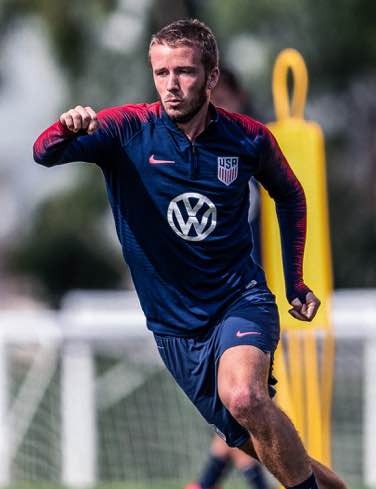 Hailing from Minnesota, Jackson Yueill played two seasons for UCLA in 2015-16, teaming with Reggie Cannon in the latter campaign. Like Cannon, Yueill made the decision to go pro after that season and was selected sixth overall by the San Jose Earthquakes in that year’s MLS SuperDraft. 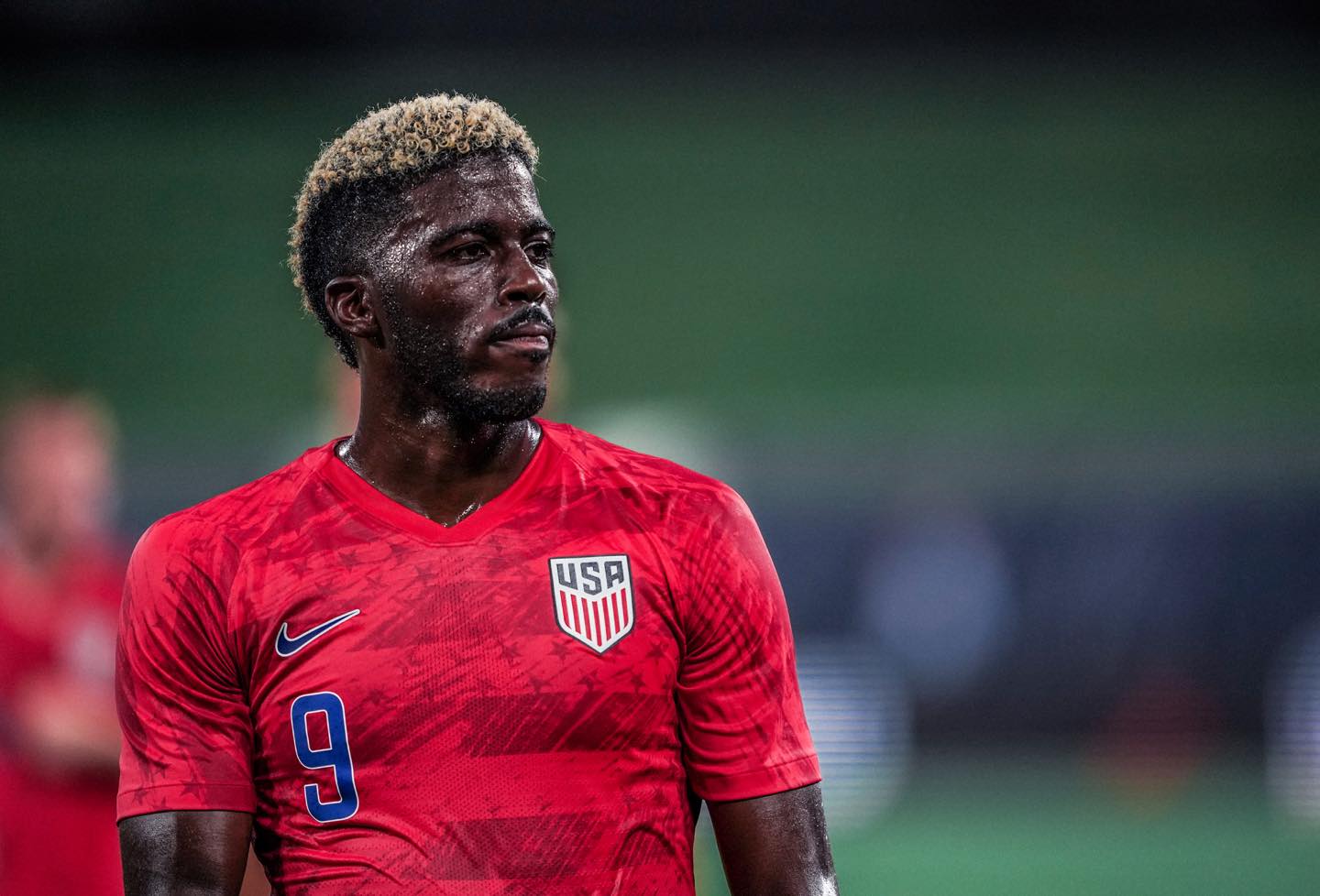 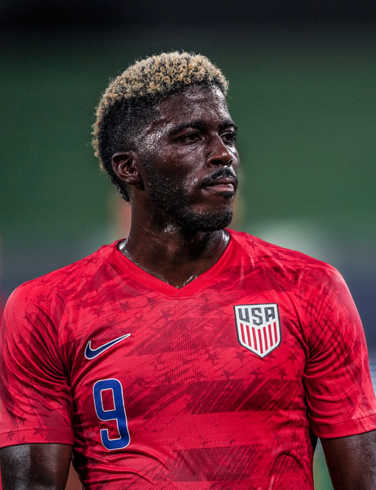 The senior-most member of the January Camp roster, Gyasi Zardes hails from Hawthorne, Calif. The veteran forward came up in the LA Galaxy Academy and attended CSU-Bakersfield from 2009-12, before signing a Homegrown contract with the Galaxy in 2013 and winning MLS Cup the following year.

Showing the ability to play as a striker and out wide in two strong seasons for the Galaxy, Zardes earned his first USMNT cap in 2015, with his first start for the side coming in Carson during a 2-0 victory against Panama on Feb. 8, 2015. Now with Columbus Crew SC, Zardes leads all U.S.-eligible players in goals during the last two seasons and is poised to play for the fifth time at Dignity Health Sports Park as a member of the MNT. 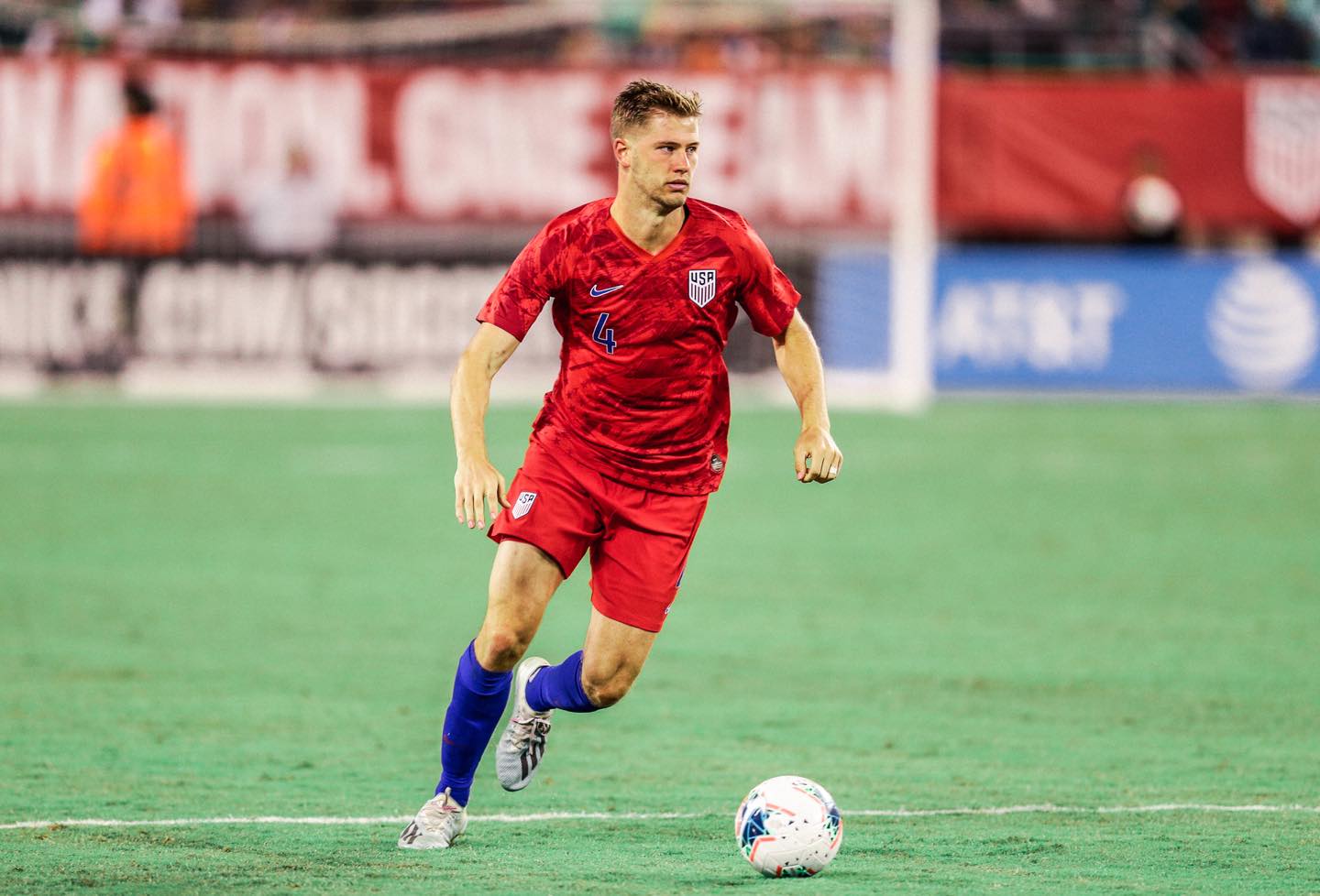 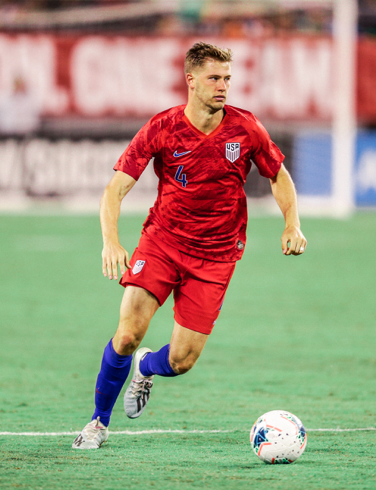 Like so many who live in LA, Walker Zimmerman is from somewhere else. Born and raised in Georgia, Zimmerman spent the first five years of his professional career with FC Dallas before making his way to SoCal in late 2017 when he was traded to MLS expansion side LAFC.

His two seasons in Los Angeles have been fruitful, with Zimmerman most recently helping LAFC to the 2019 MLS Supporters Shield and new league record for points in a season. Individually, Zimmerman also garnered his first selection to the MLS Best XI.

“It all started for me here with the U-14 National Team. We’d be out here on these exact fields and I’d be dreaming of playing in that stadium over there for the United States. Being back in my new home now is always nice. This place has a lot of history for me, and I’m excited to play in front of some hometown fans, even though we’re at the Galaxy’s stadium. I’m excited for it and I think we’re all looking forward to that match.”